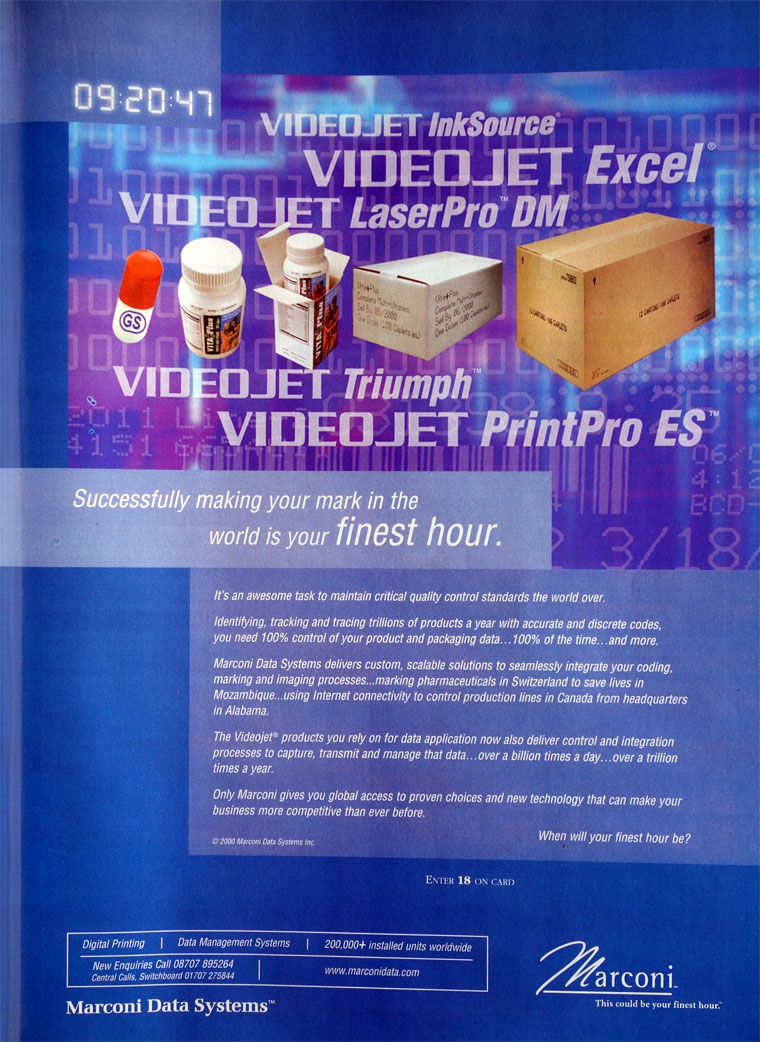 1999 After demerging its defence interests, GEC renamed itself Marconi plc, concentrating on communications and IT.

Marconi was expected to be split[1]:

Having made 2 major US acquisitions of companies involved in fibre-optic cables and telecommunications equipment, and having disposed of non-core business such as Domestic Appliances, the company planned to capitalise on telecoms underinvestment in fibre but sell off its Fibreway JV as an independent telecoms operator.[2]

2000 Planned to invest in expansion of the manufacturing and packaging facilities of its optical components business, Marconi Caswell Technologies[3]

By mid-2001 Marconi was described as "struggling"[4]. The turn-down in the telecoms market exposed the company to the huge amount of debt it had taken on to purchase internet-related companies. The chairman, Lord Simpson, and chief executive were replaced.

2005 BT excluded Marconi from consideration for its network upgrade because of price considerations, leading to job losses in Coventry and Liverpool and raising concerns that Marconi could not remain independent[7]. Most of the business was sold to Ericsson of Sweden but Ericsson would not take on the legacy pension scheme. Instead a new company, Telent, was set up to hold the remainder of the company. Telent would sell telecomms. services to businesses, telecom operators and governments in Britain and Germany[8]

The businesses acquired by Ericsson were: