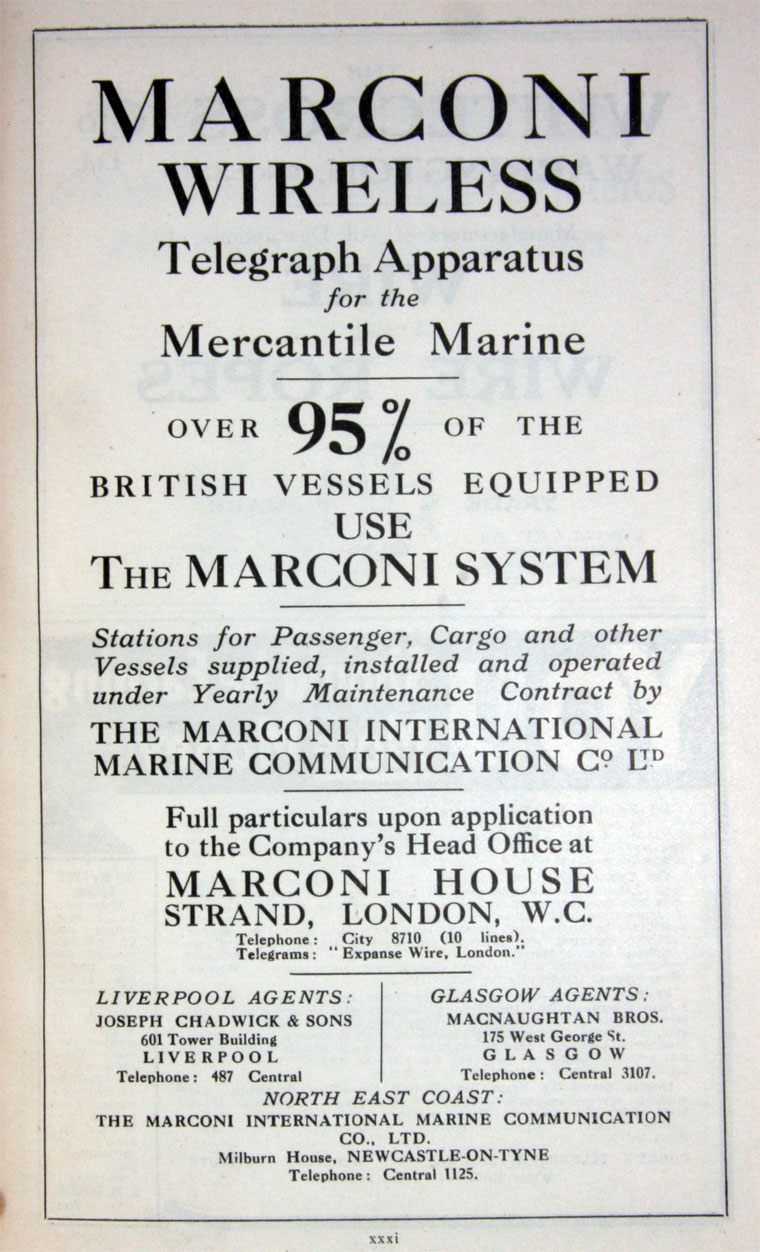 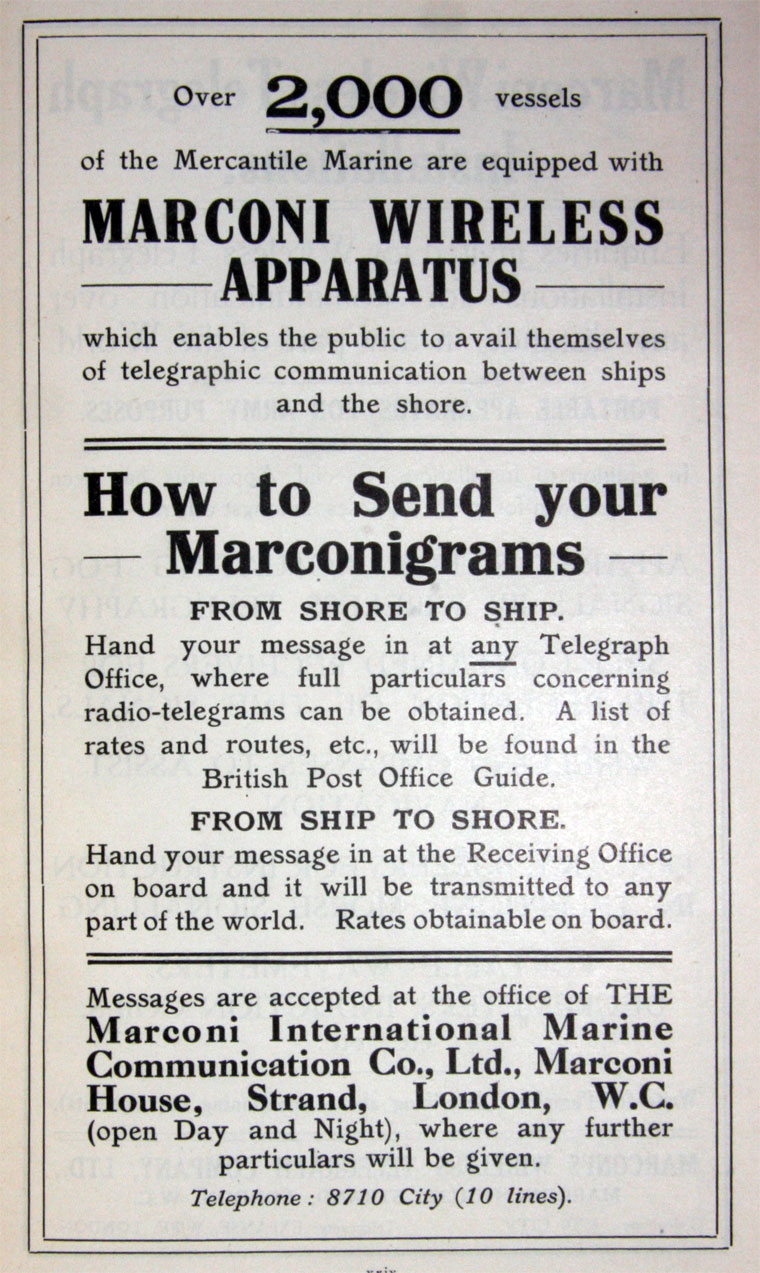 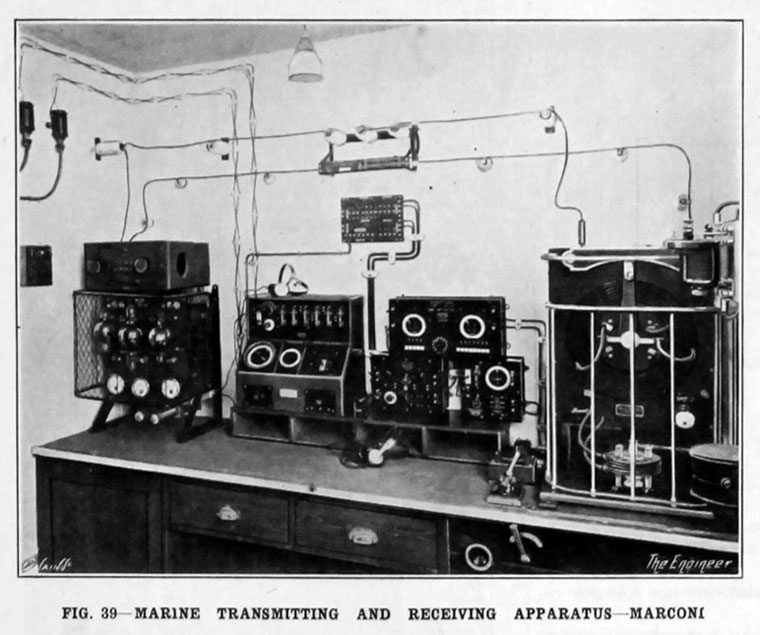 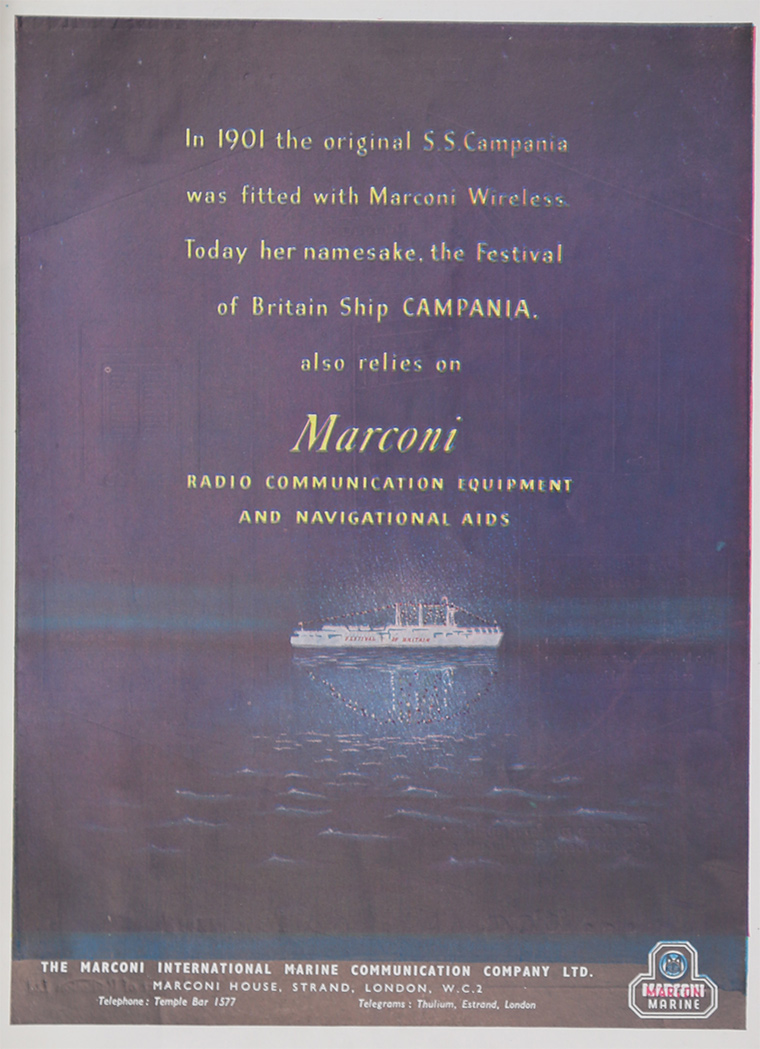 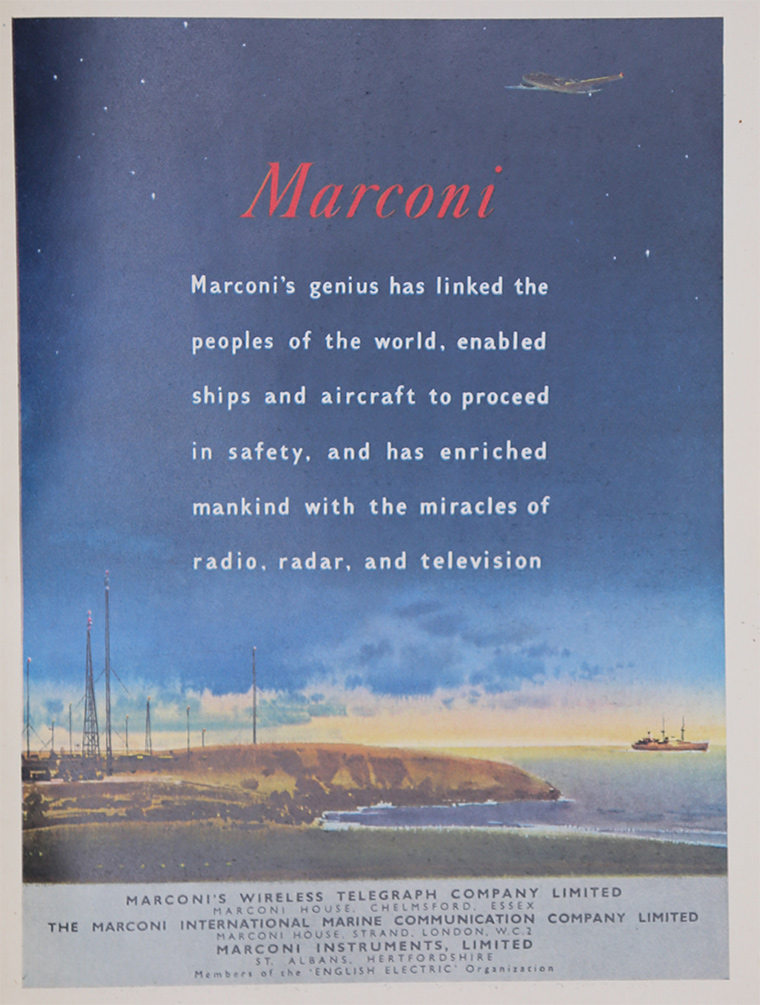 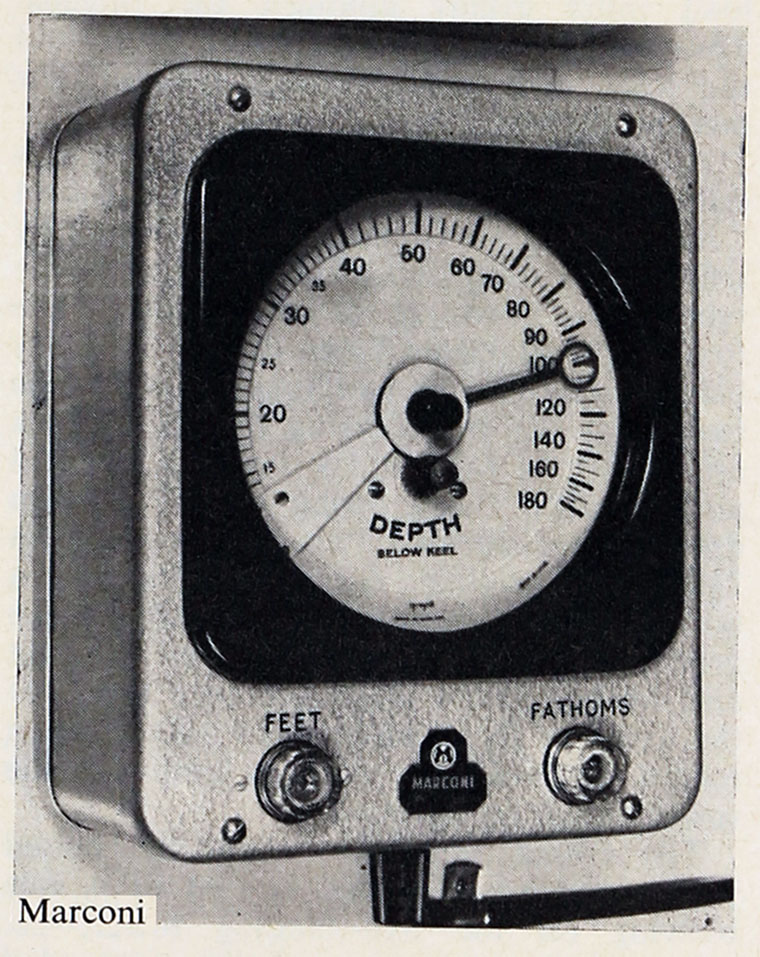 1906 Took over the operation of its telegraphs[2]

1924 Godfrey Charles Isaacs retired as managing director and deputy chairman of the boards of directors. He was succeeded by F. G. Kellaway.[5]

1928 The Radio Communication Company was merged with Marconi in an international marine radio communication organization which supplied equipment and personnel to the merchant navies of several countries, Imperial and International Communications Ltd.

1965 Marconi acquired Eddystone Radio from Stratton and Co, which wanted to exit the radio business.

c.1968 The company name was changed by dropping the word "Communication", to reflect the fact that the products offered to the Marine market (which included depth sounders, direction finders, radars, CCTV equipment, SRE products) were not adequately described by the original title[8] - see Marconi International Marine Co