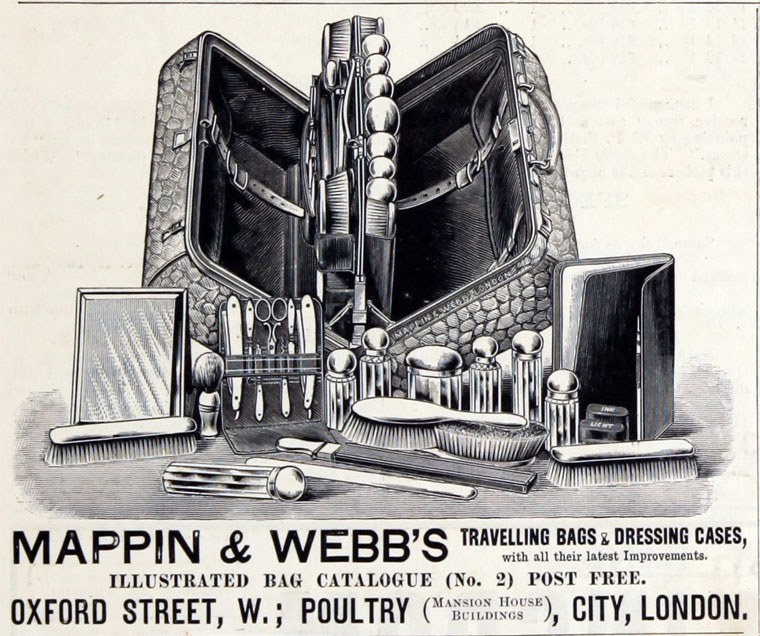 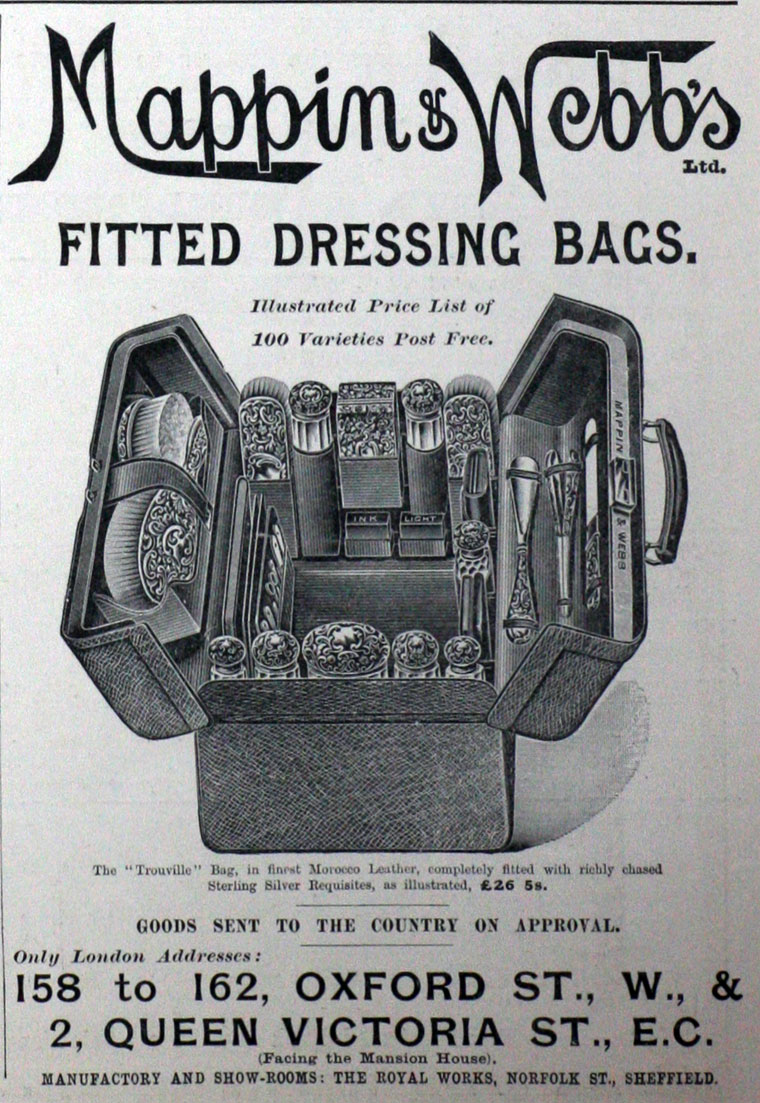 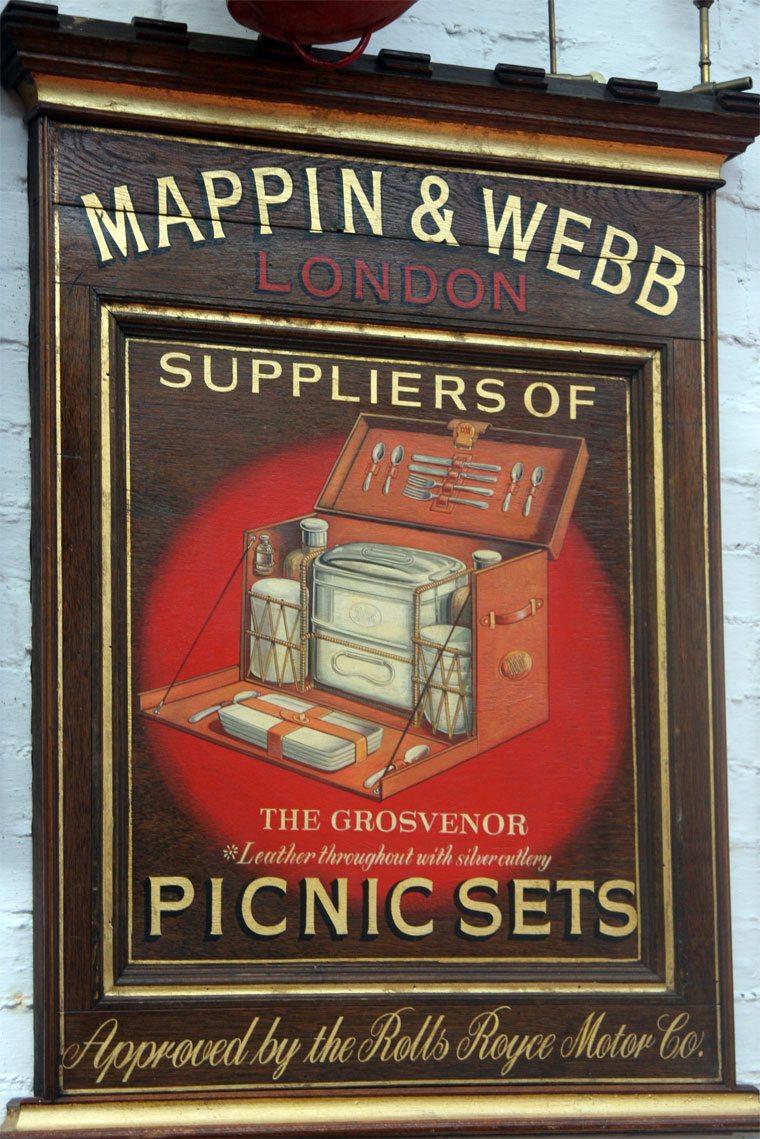 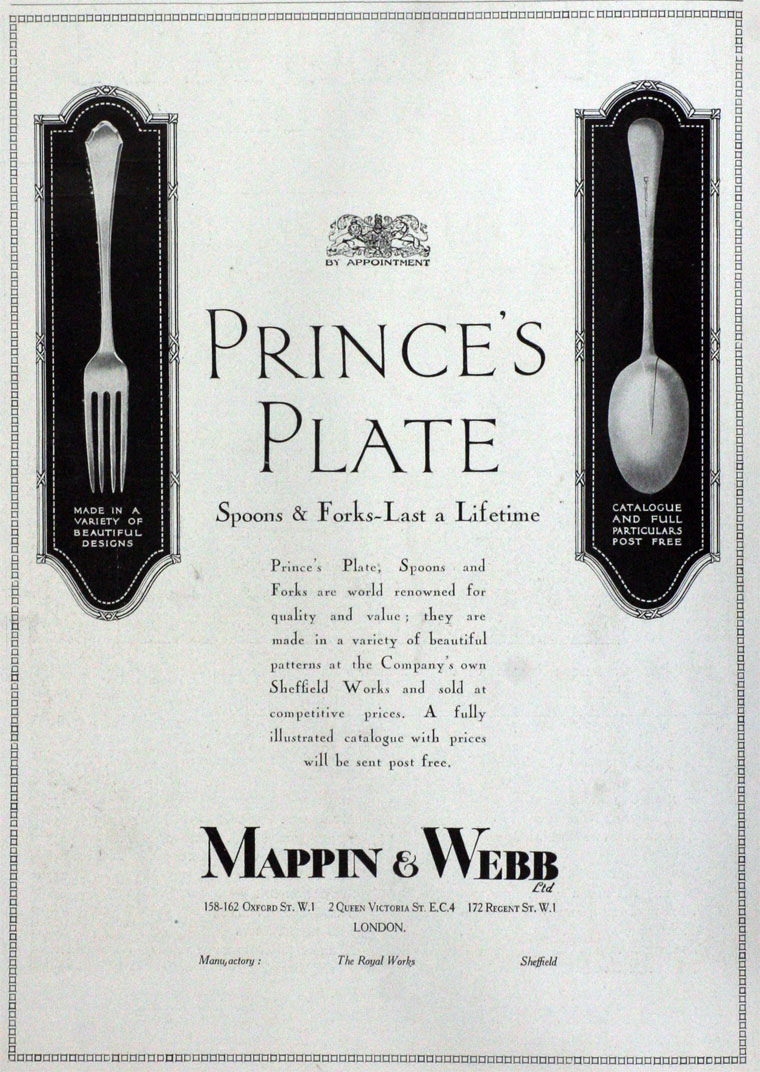 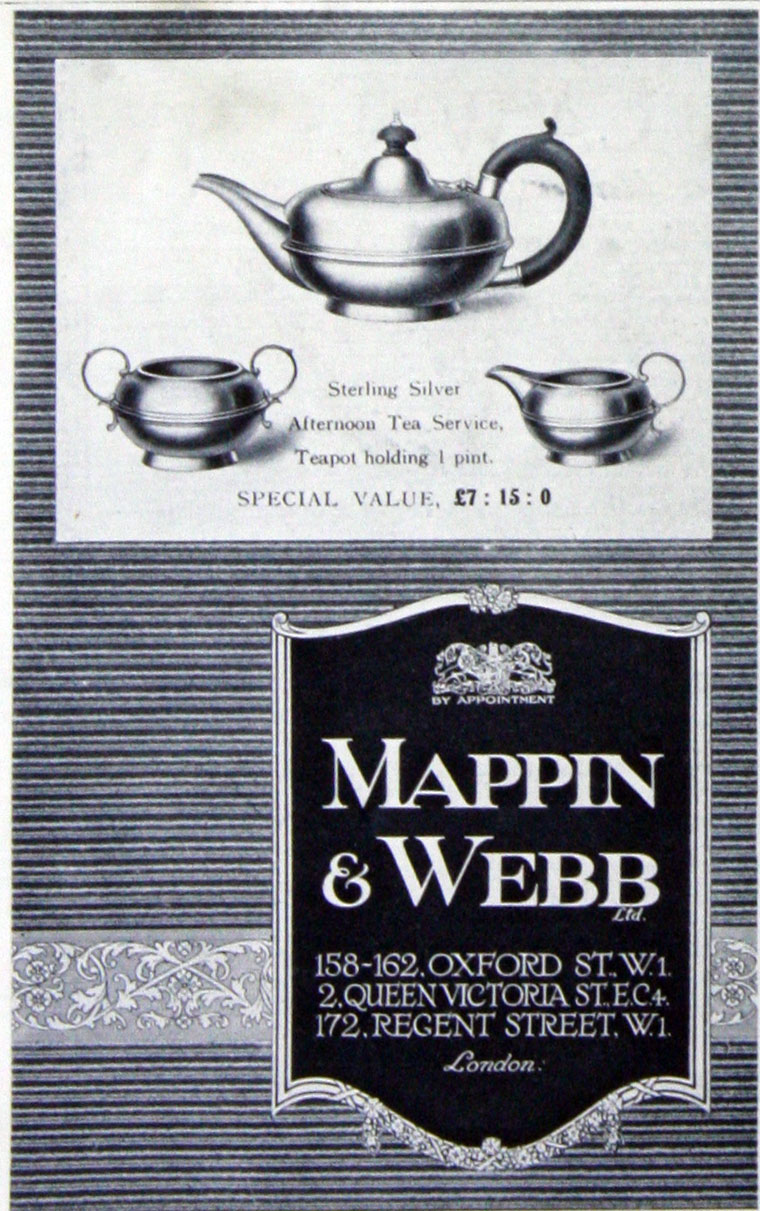 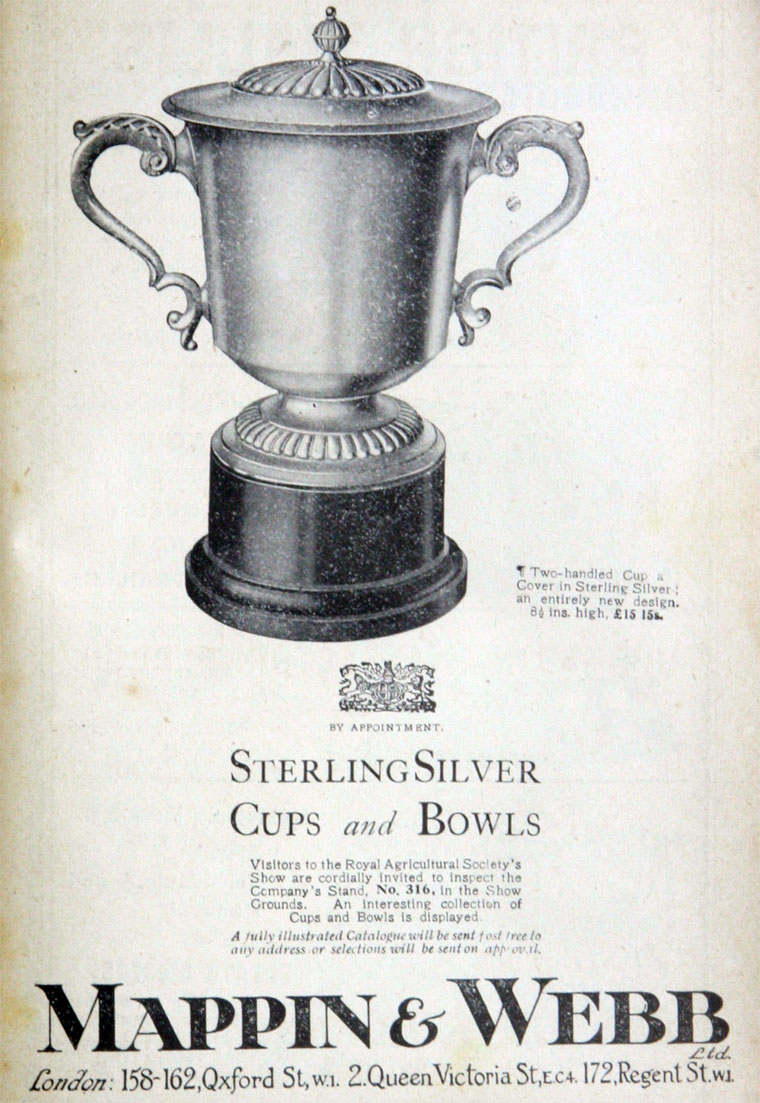 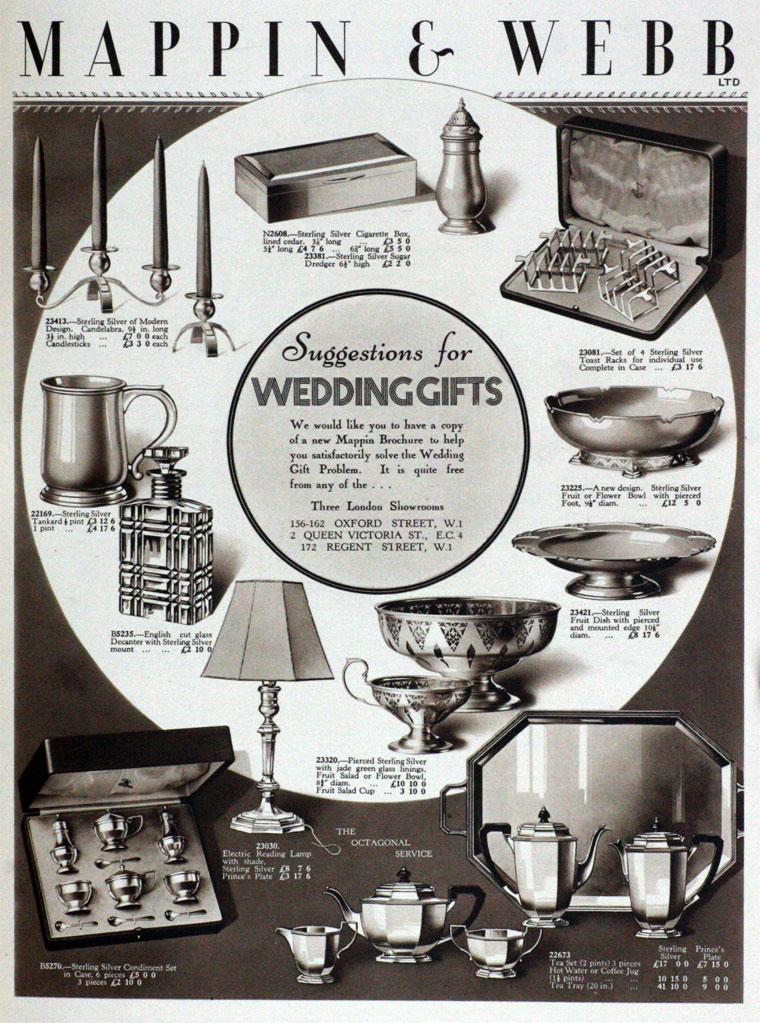 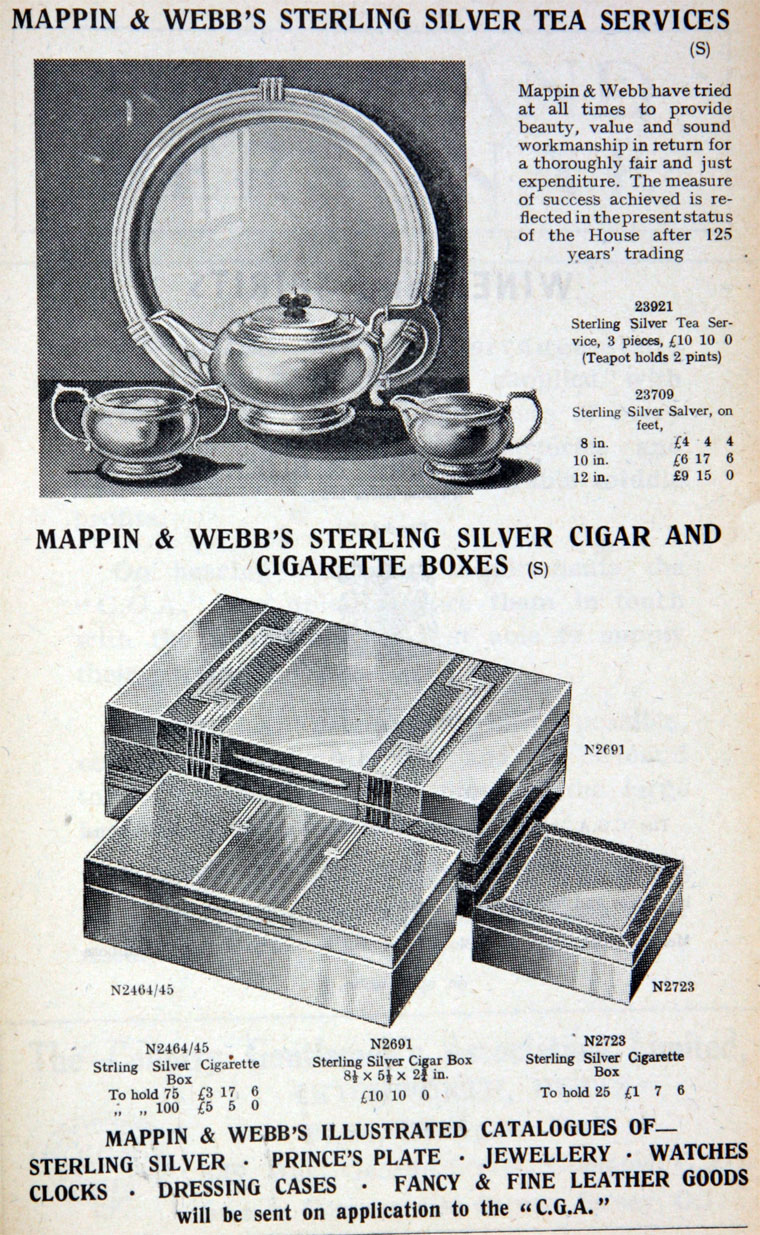 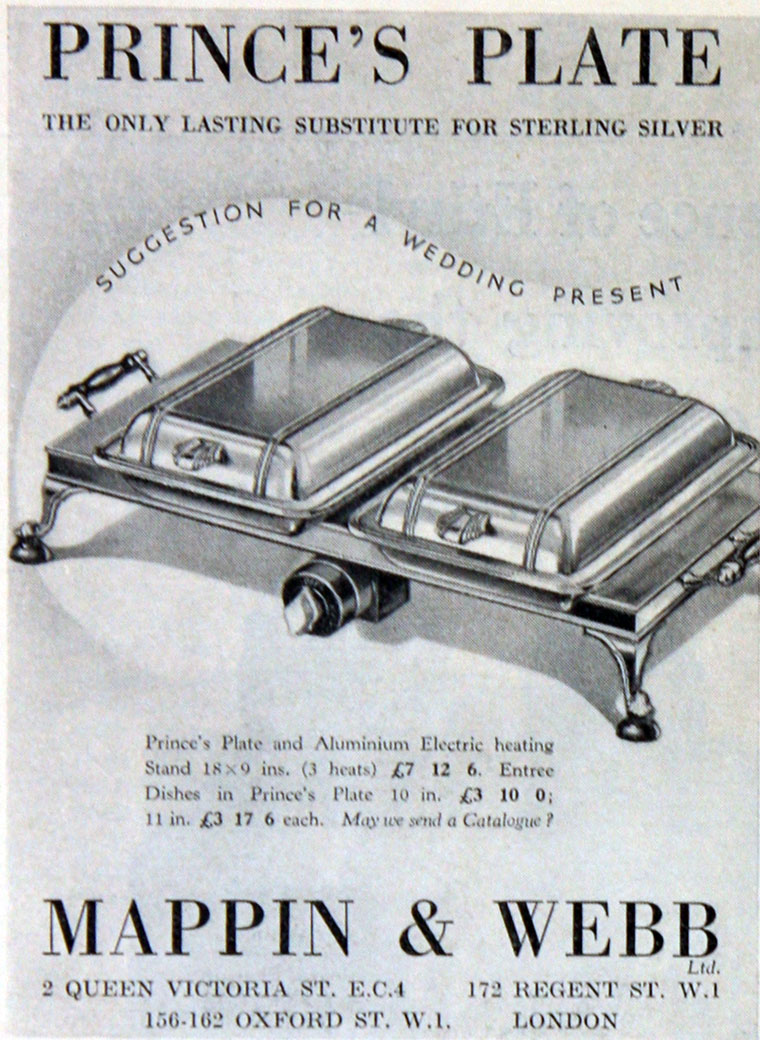 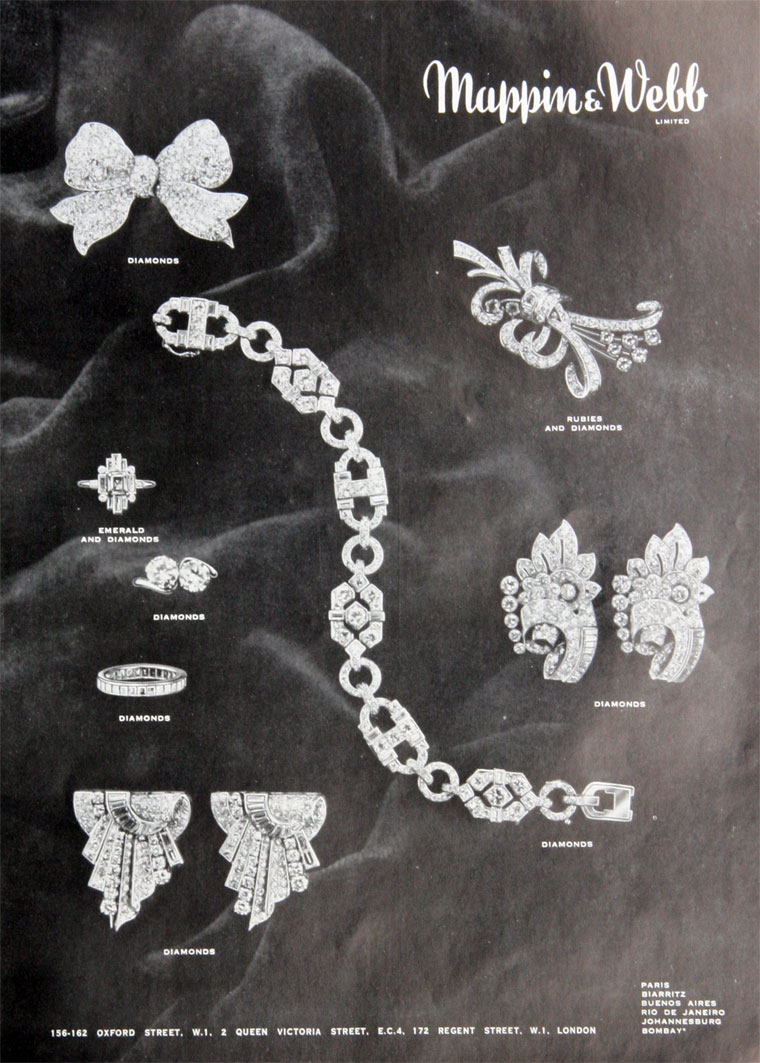 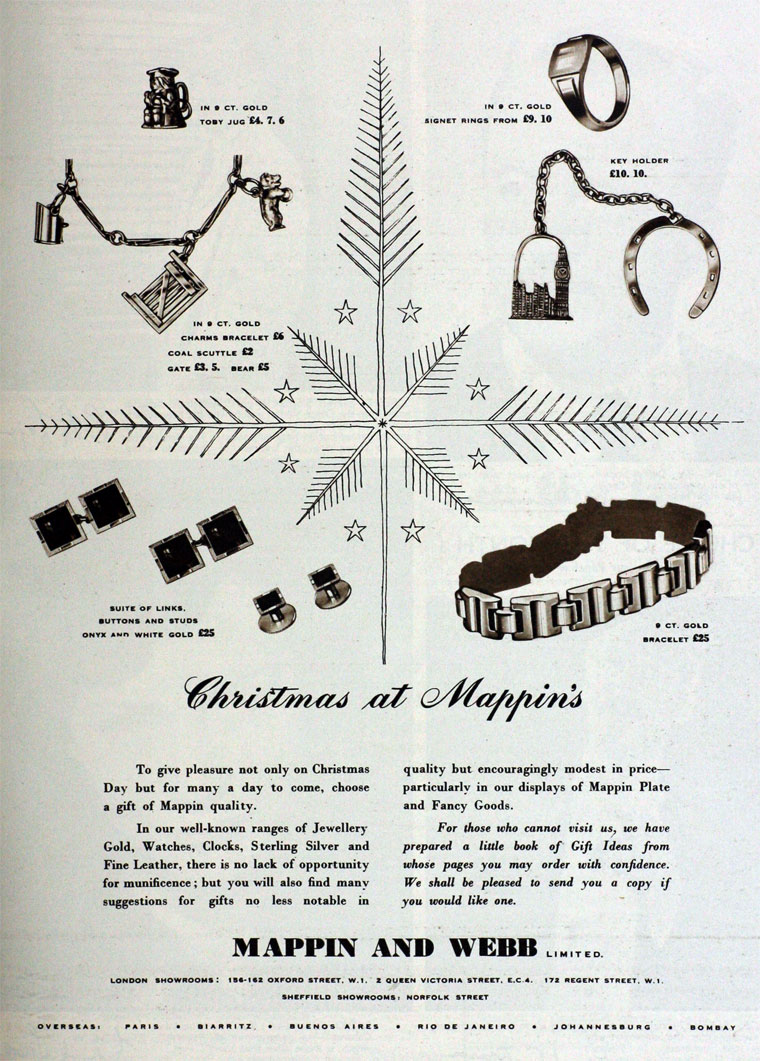 1774 Company founded by Jonathan Mappin who opened his first small silversmith workshop in Sheffield and the following year the Mappin mark was entered at the assay office.

Over the next fifteen years Jonathan Mappin's reputation for producing high quality silver spread throughout Sheffield. From these humble beginnings the business grew steadily and soon the next generation were expanding the business further, particularly Joseph Mappin (1793-1841)

1841 On Joseph's death, the company was run by his eldest son, Frederick Thorpe Mappin.

1849 The first store to be opened in London was at 17 Fore Street and was soon followed by stores in Moorgate and King William Street.

1858 Following rapid expansion of the Sheffield factory, John Newton Mappin invited his brother-in-law, George Webb to join him in the business. The first association of Mappin and Webb was forged. Another branch of the family operated at the same time as Mappin Brothers.

1860 Legal dispute between Mappin Brothers and Mappin and Webb.[1]

1898 The company was registered on 31 December, and took over the business of silversmiths of the firm of the same name. [2]

1902 The business of Mappin Brothers was acquired as from 30 September.

1963 Delta Metal Co and Mappin and Webb formed a joint venture, British Silverware, to hold their interests in tableware products (but not retail). Included the acquisition of Walker and Hall[8]

2008 The company is now based in Regent Street, London, and is an upmarket jeweller.