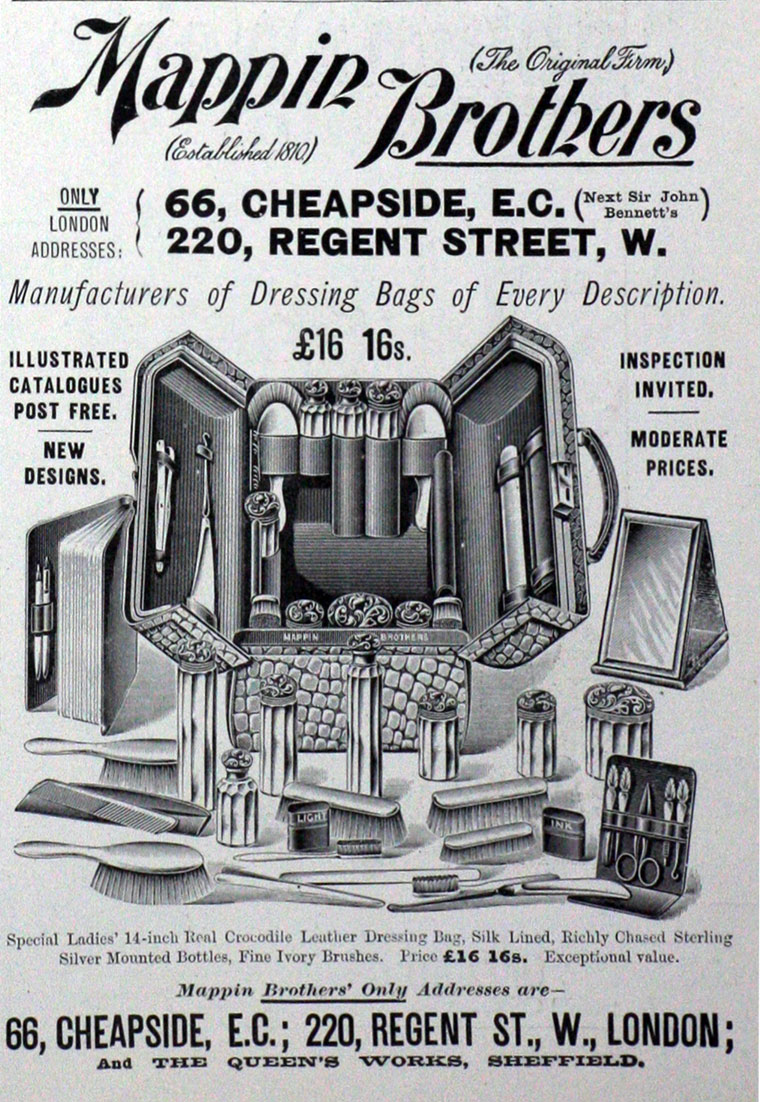 Cutlers, makers of Dressing bags and retailers of Sheffield, and of London

1843 The firm Joseph Mappin, cutlers of Sheffield, changed its name to Mappin Brothers, which continued with increasing success.

1849 The first store to be opened in London was at 17 Fore Street and was soon followed by stores in Moorgate and King William Street.

1858 Following rapid expansion of the Sheffield factory, John Newton Mappin invited his brother-in-law, George Webb to join him in the business - see Mappin and Webb. Another branch of the family operated at the same time as Mappin Brothers.

1859 Partnership change. '...the Partnership heretofore carried on and subsisting by and between us the undersigned, Frederick Thorpe Mappin, Edward Mappin, Joseph Charles Mappin, and John Newton Mappin, as Merchants and Manufacturers of Cutlery and other articles, at Sheffield, in the county of York, and in King William-street, in the city of London, under the firm of Mappin Brothers, was this day dissolved by mutual consent; and that all debts due to and from the said dissolved partnership will be received and paid by the said Edward Mappin and Joseph Charles Mappin. by whom the business will in future be carried on, under the firm of Mappin Brothers...'[1]

1860 Legal dispute between Mappin Brothers and Mappin and Webb.[2]

1902 Mappin and Webb acquired the business of Mappin Brothers as from 30 September.