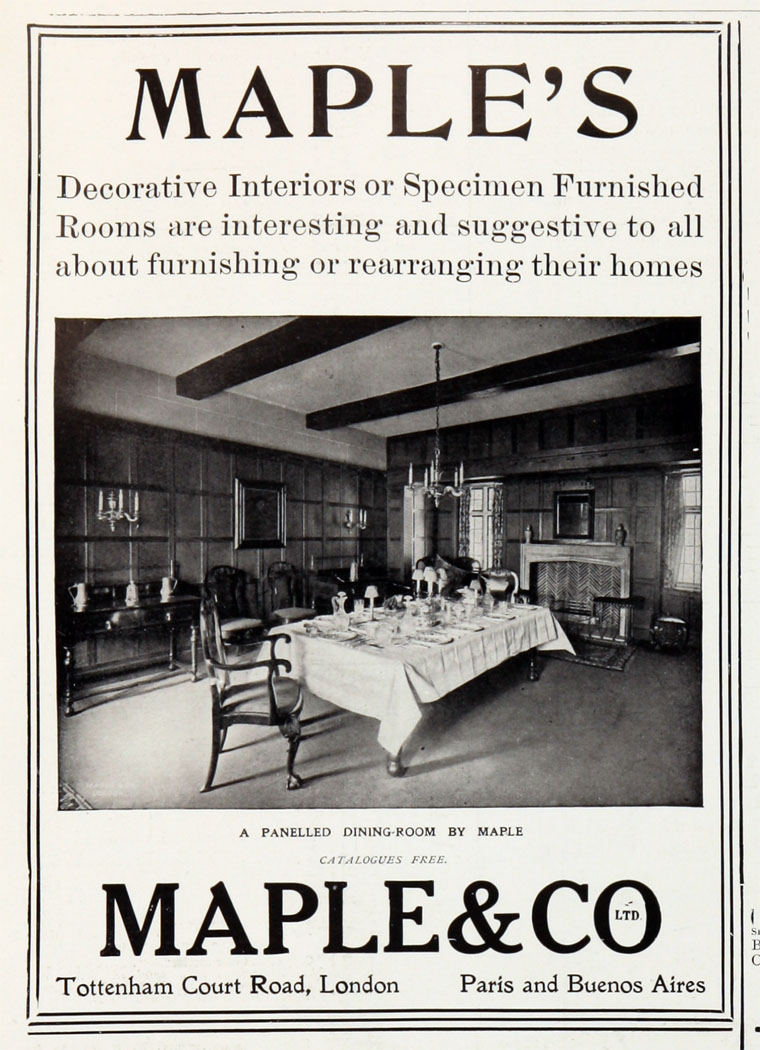 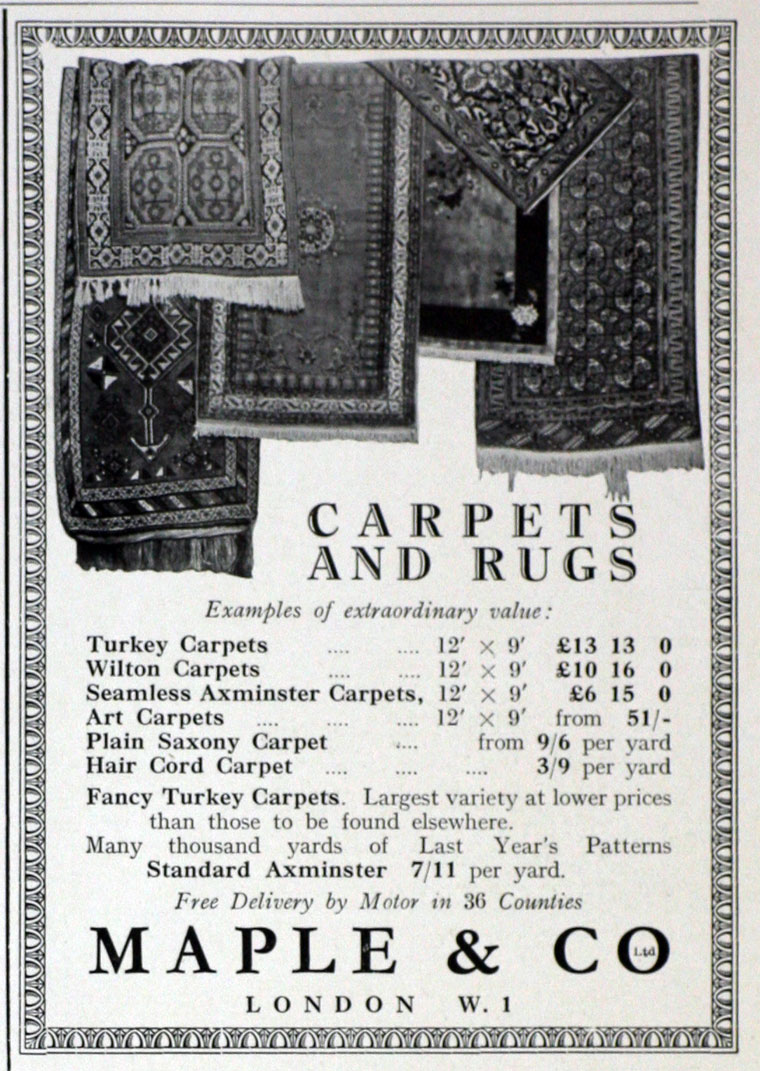 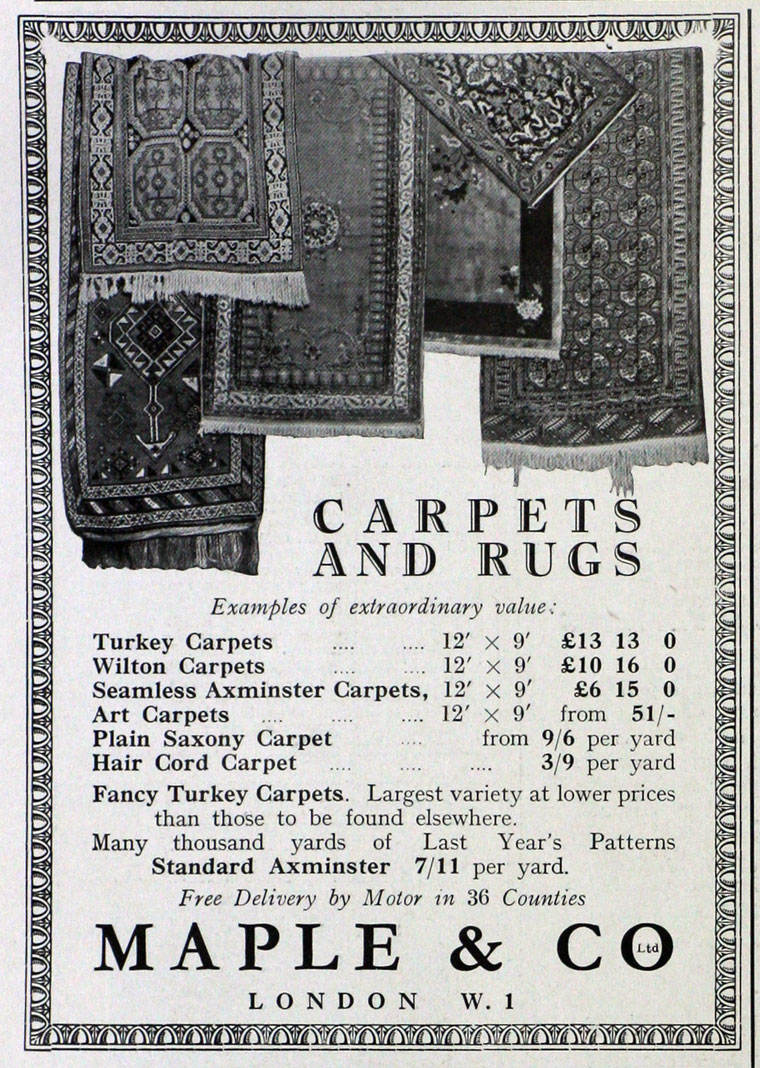 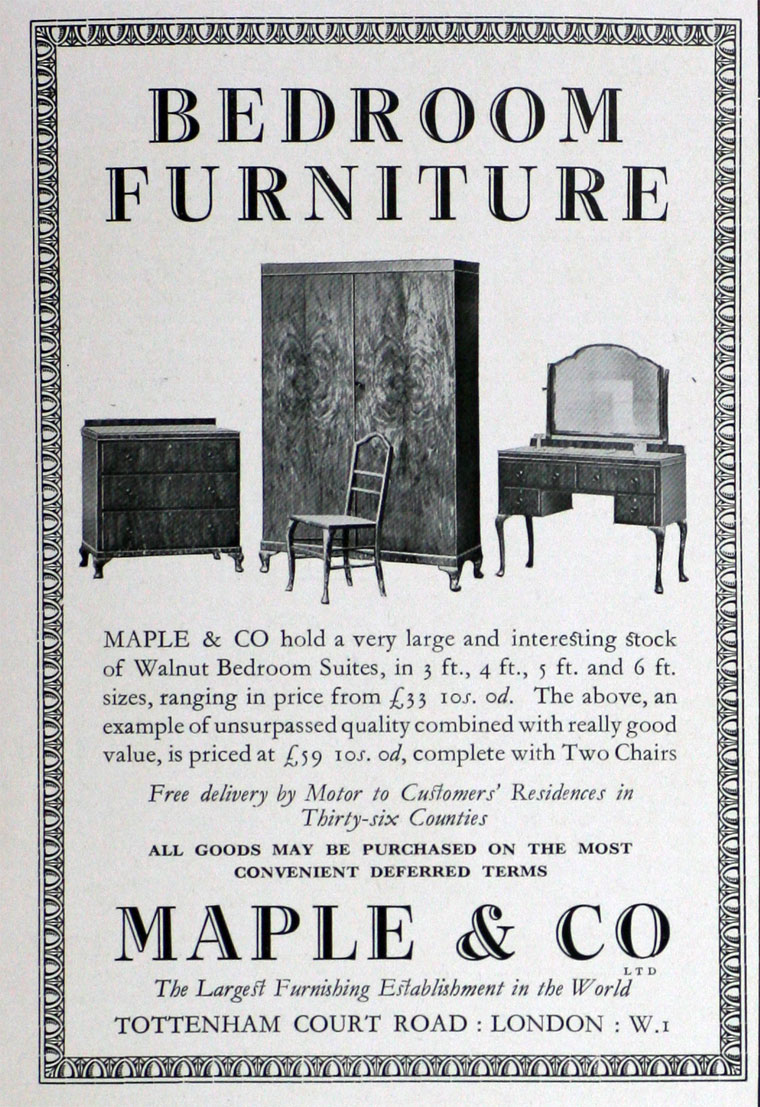 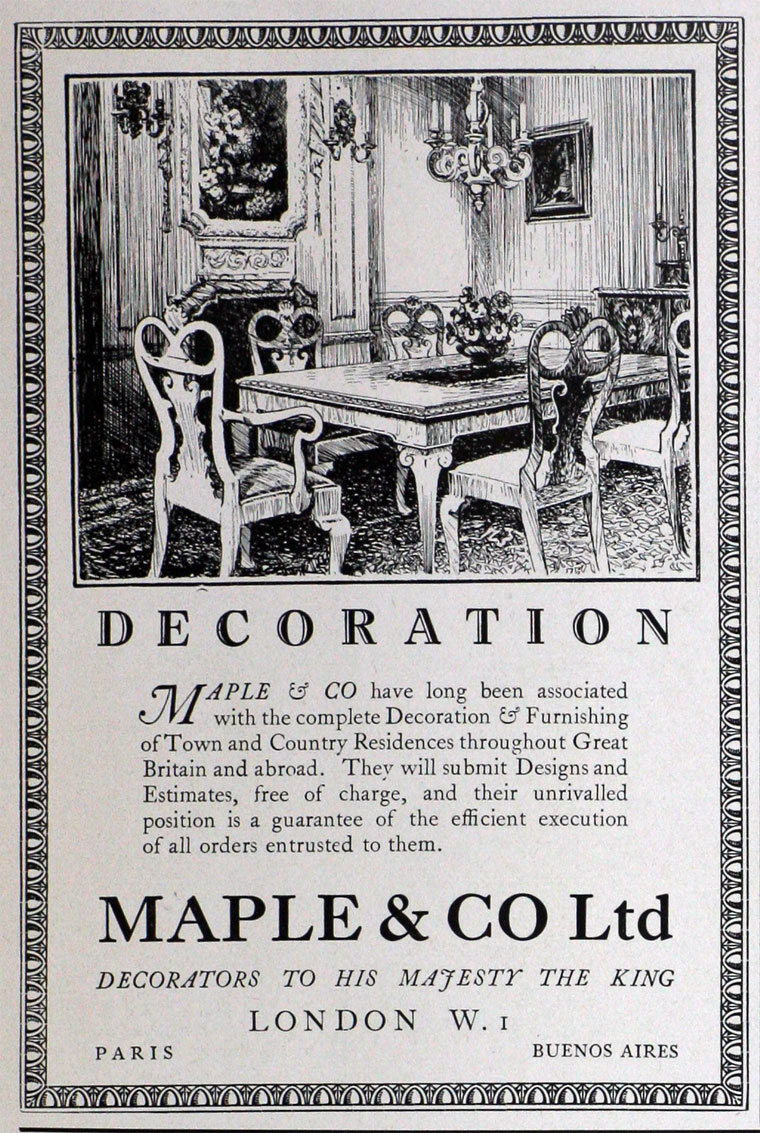 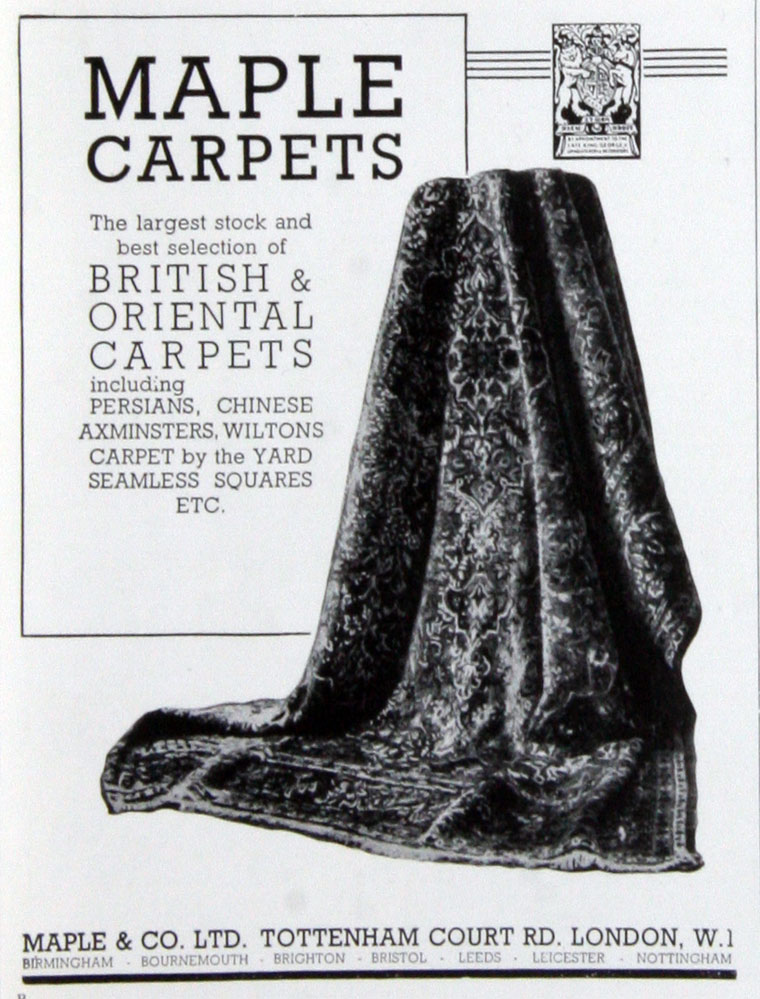 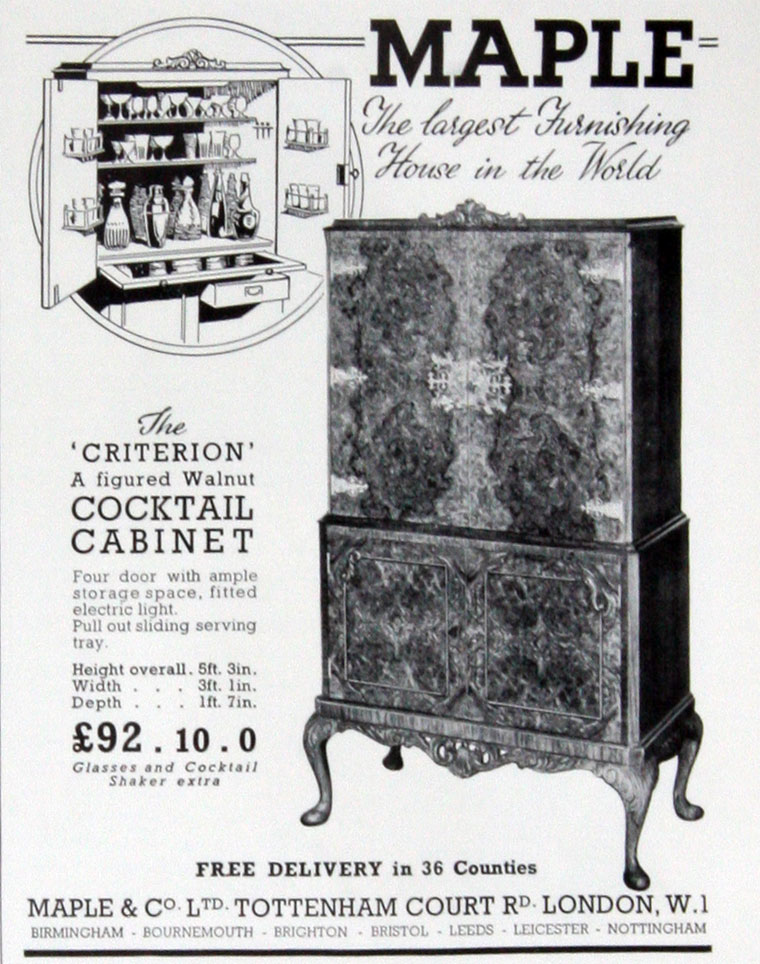 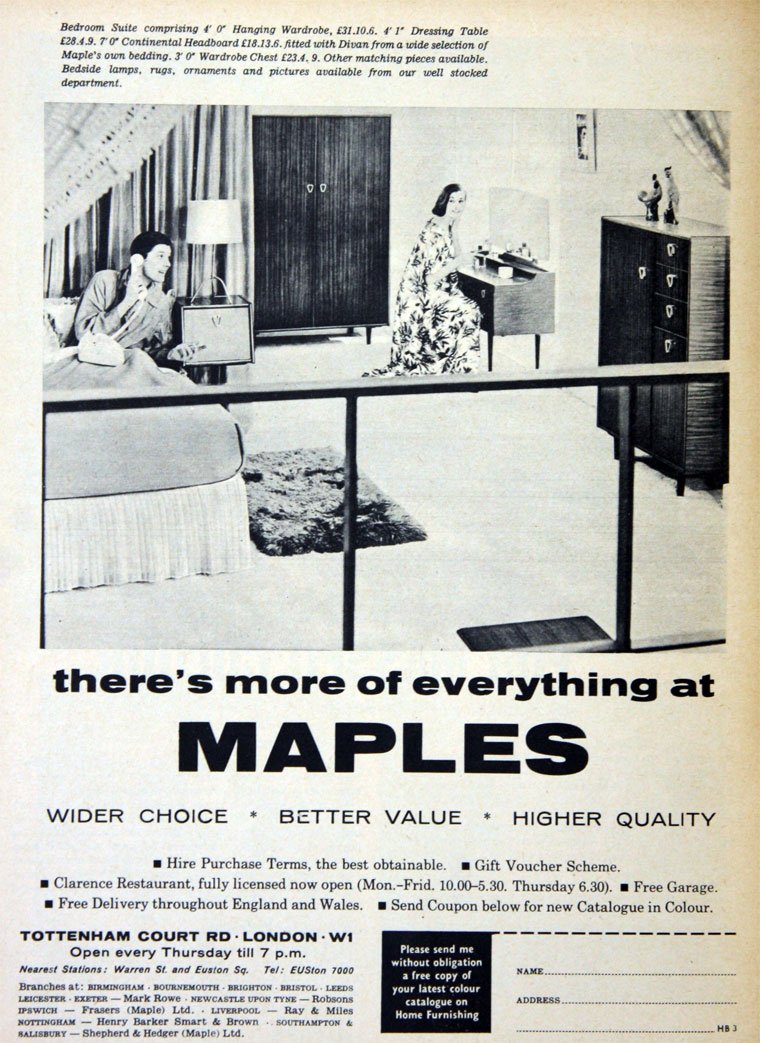 Thanks to John Blundell, the business was developed into a major store.

1890 The company was incorporated with John Blundell Maple as its chairman.

1891 The company was registered on 8 April to acquire the business of furniture manufacturers and upholsterers of the firm of the same name. [1]

1897 Maple was made a baronet after having served as a member of parliament.

1933 Amalgamation with H. H. Martyn, furnishers and decorators of Cheltenham[2].

1980 Maple Holdings was acquired by Waring and Gillow[3]

1997 The store went into receivership, some of the assets being purchased by the Allders retail group.