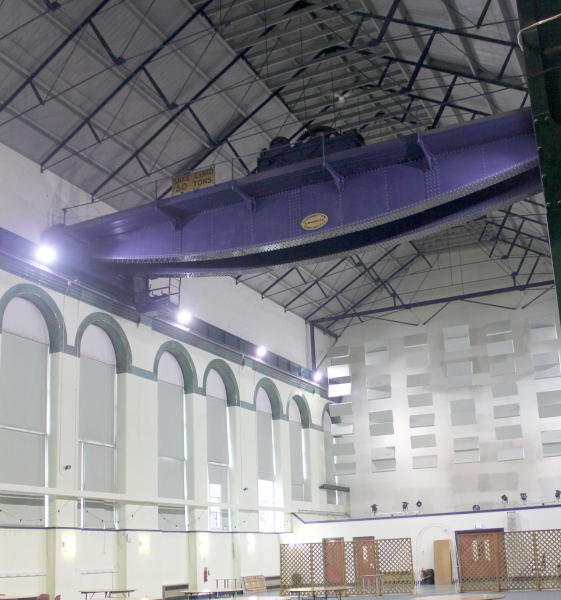 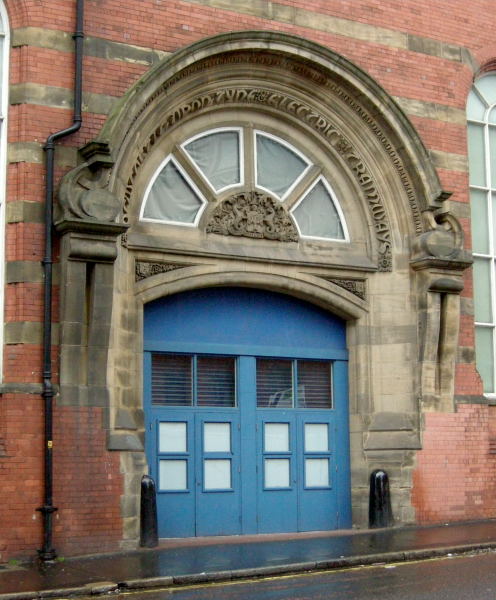 Details of bricklayers' and masons' work

Power station of Newcastle Corporation's Tramways, of the Manors, Newcastle upon Tyne

1908 The reciprocating engines were replaced by three steam turbine generators.

1936 Advert: 'DEMOLITION OF PLANT. The Transport and Electricity Committee invites OFFERS for the undermentioned PLANT at the Manors Power Station, Newcastle on Tyne:-
Turbines, Boilers, Economisers, Pumps, Steam and Water Pipes, together with Oil and Oil Fuel Plant, etc:.....'[1]

1939 'Dirty! Since the Manors Power Station, Newcastle, was rendered redundant by the grid, the soot deposit in the notorious City Road gauge has fallen from an average of about 1,300 tons per square mile per annum, to about 580 tons.' [2]

The former power station was converted to a venue called 'CastleGate'. It is used as the City Church Newcastle on Sundays. See here.

'A connection from the railway runs in at a high level over a timber and steel elevated road, and the coal discharges direct from the hopper railway wagons into the bunkers above the boilers, from which it is fed by automatic weighing machines into automatic stokers. For steam-raising purposes there are eight Lancashire boilers, each 30 feet long by 8 feet 6 inches diameter, steam pressure 160 lbs., with economiser and natural draught, the chimney being of brick 177 feet high. The ashes are discharged by gravity into barrows or trucks beneath the boiler-house.

'In the engine-house there are three marine-type engines, fitted with Corliss valves, two of 1,000 H.P. each, built by Messrs. Victor Coates and Co., of Belfast, and one of 2,000 H.P. built by the Wallsend Slipway and Engineering Co. The engines are provided with surface condensers and Edwards air-pumps. Three dynamos, built by the British Westinghouse Co., are coupled direct to the three engines, and supply current at 500 volts through a large switchboard to the traction mains. There is a complete system of oil-lubricating pipes with supply tanks in the roof, and three "Cruse" steam superheaters have been fixed. A 50-ton 3-motor electrical crane runs the whole length of the engine-house. A battery of boosters will shortly be installed. In addition, current is supplied from the same switchboard by separate feeders for the arc lighting of the town.

'The arrangement of surface condensers is dealt with in a Paper by the consulting engineer, Mr. Charles Hopkinson (page 437). The circulating water is pumped from 90 feet below the level of the engines, two large 24-inch mains running down to a pumping station alongside the Quay wall.'