Grace's Guide is the leading source of historical information on industry and manufacturing in Britain. This web publication contains 148,463 pages of information and 233,885 images on early companies, their products and the people who designed and built them. 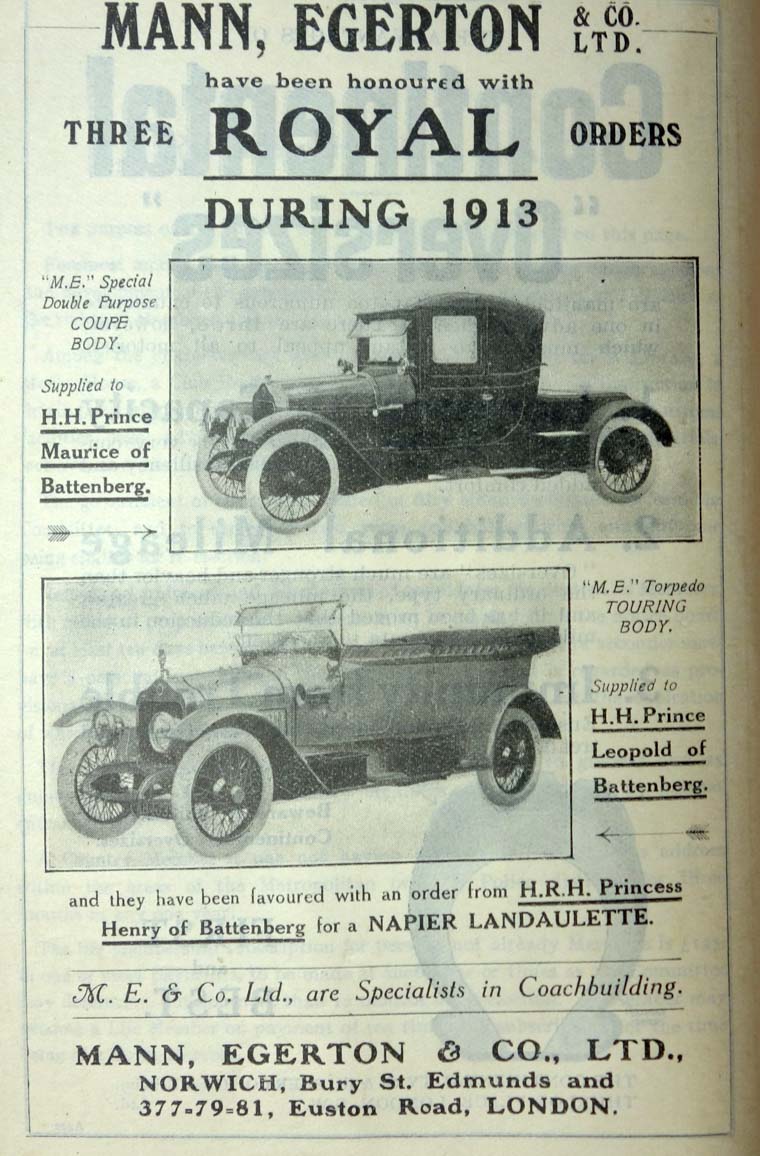 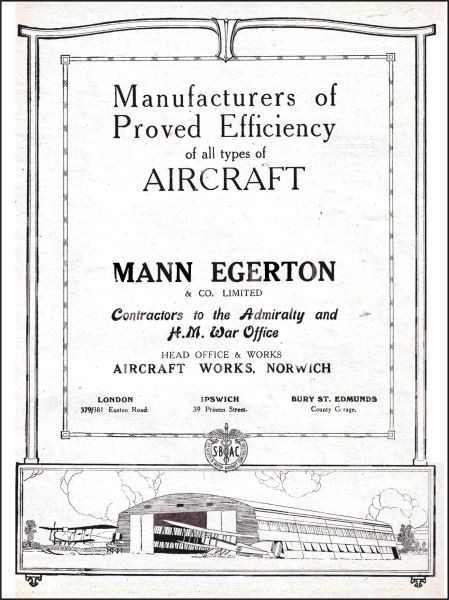 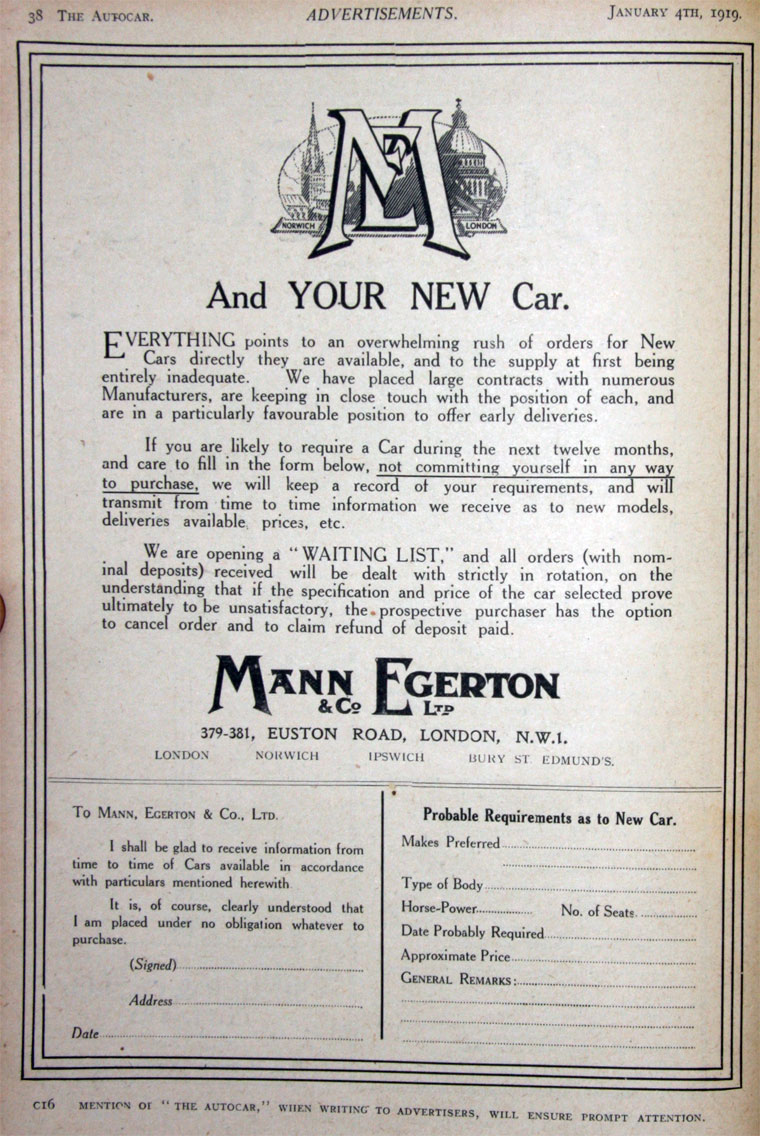 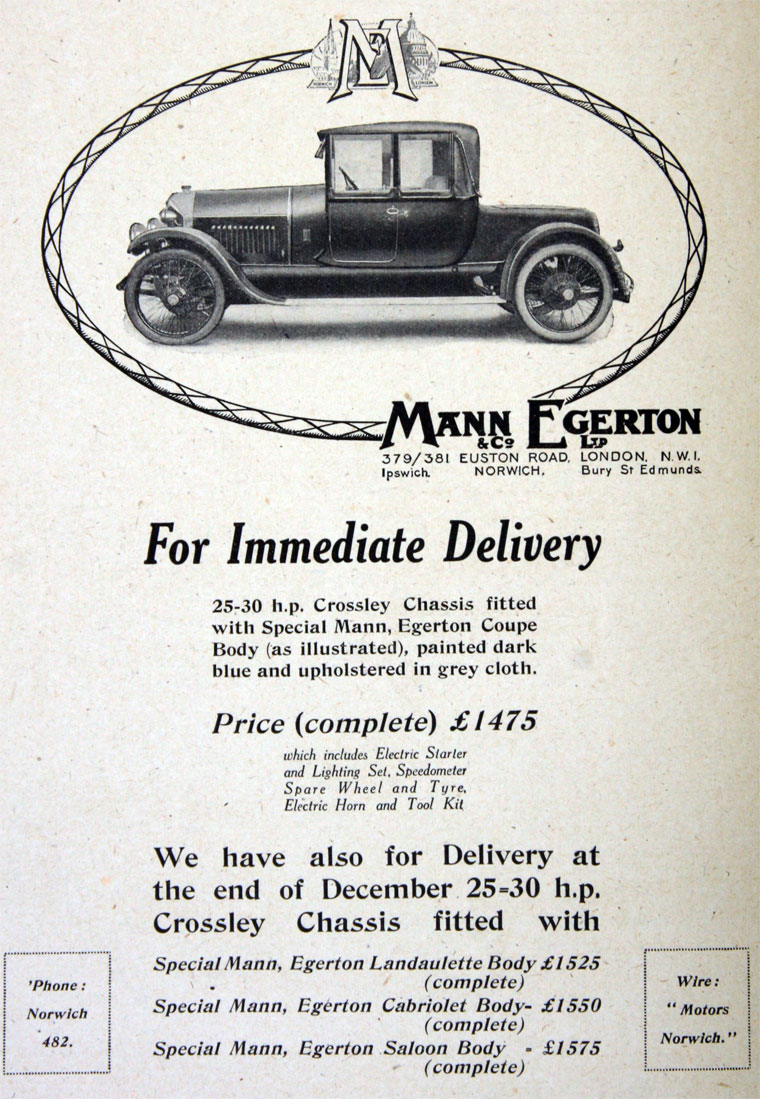 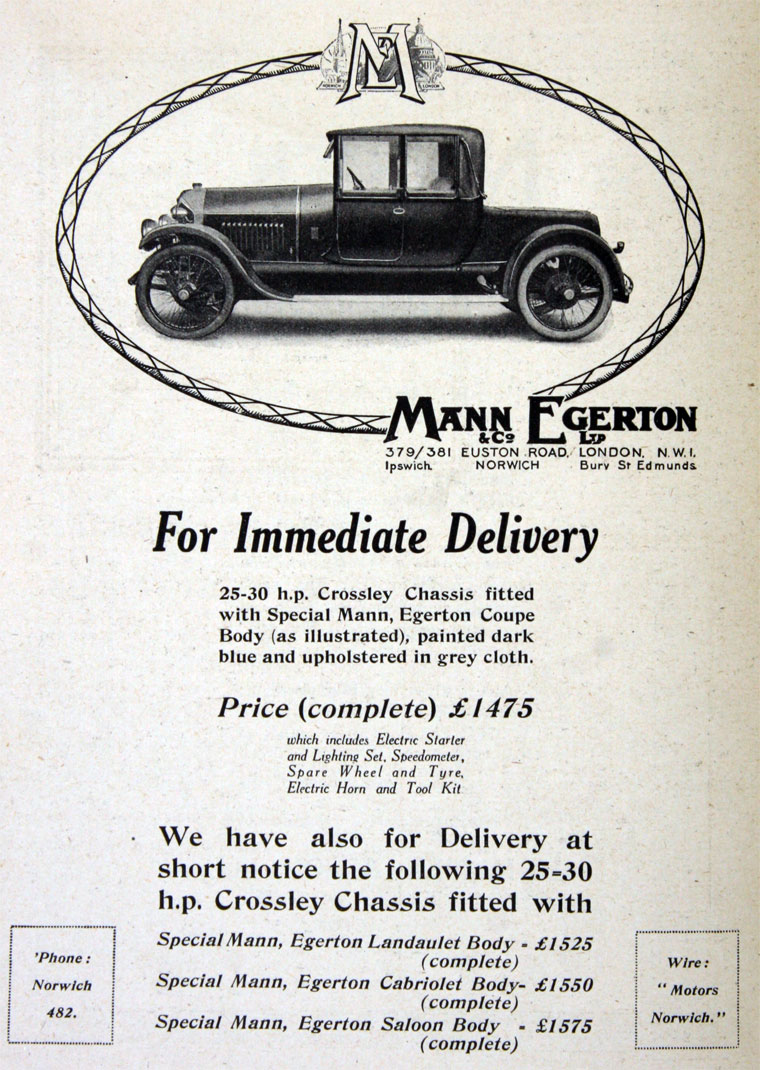 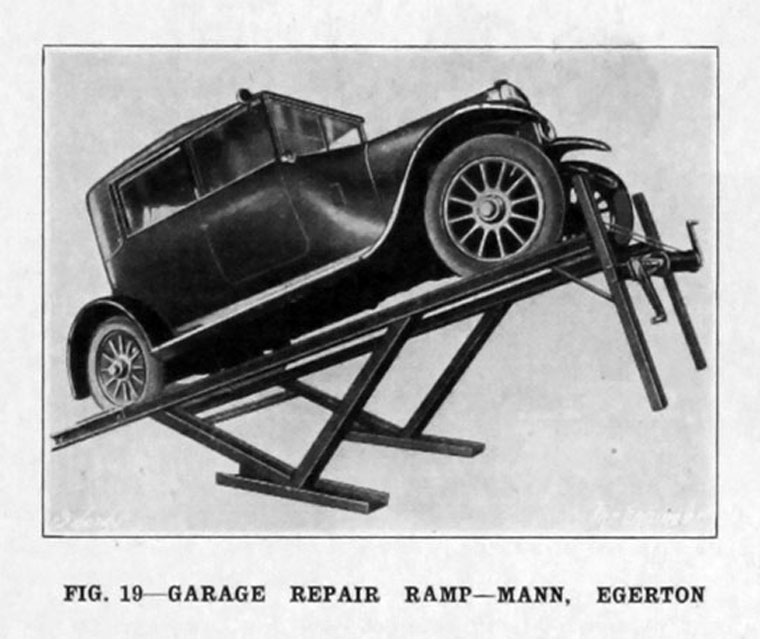 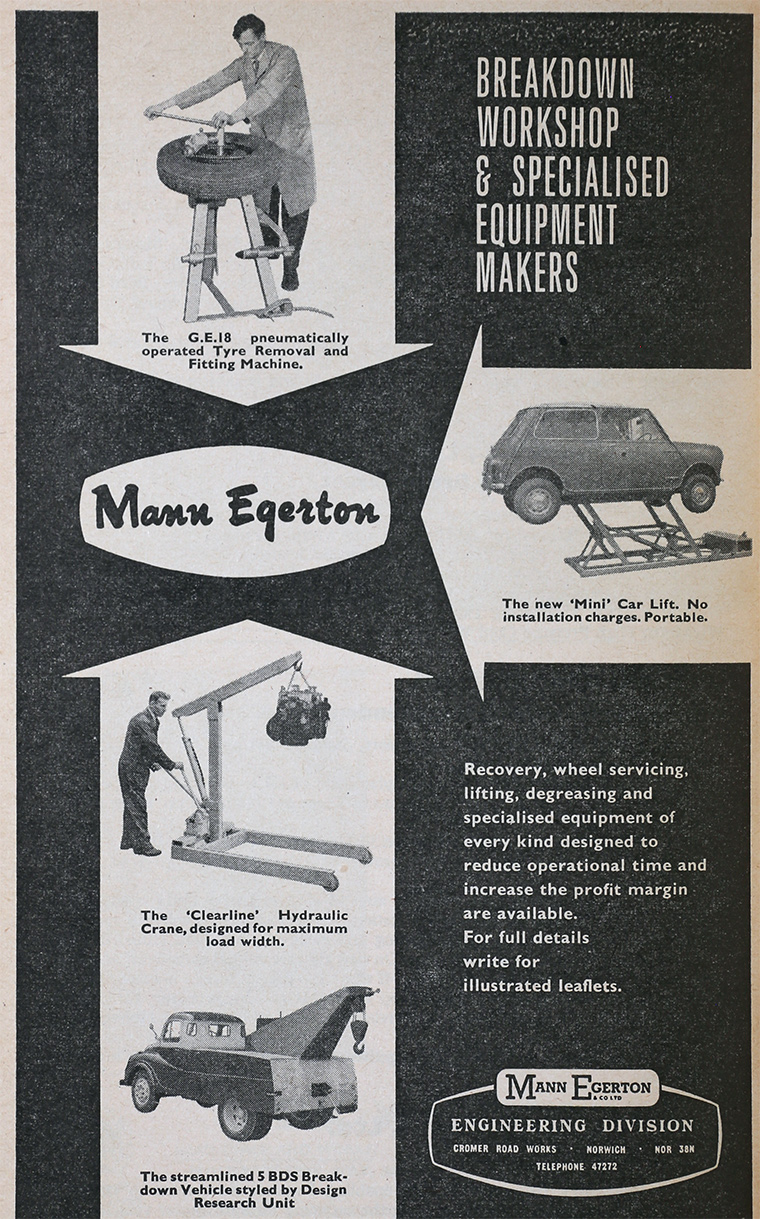 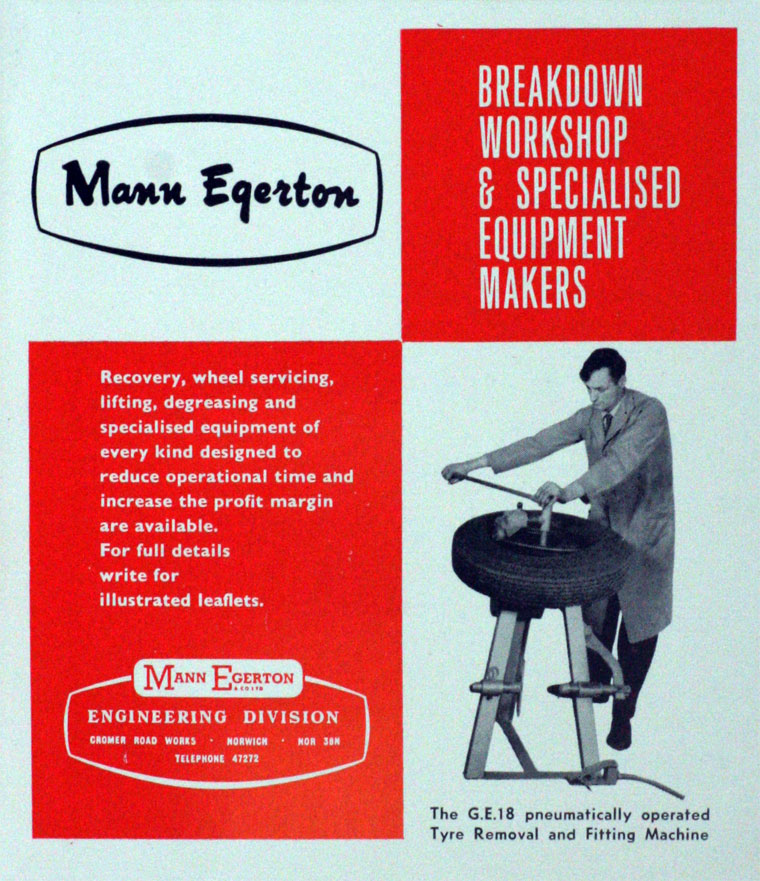 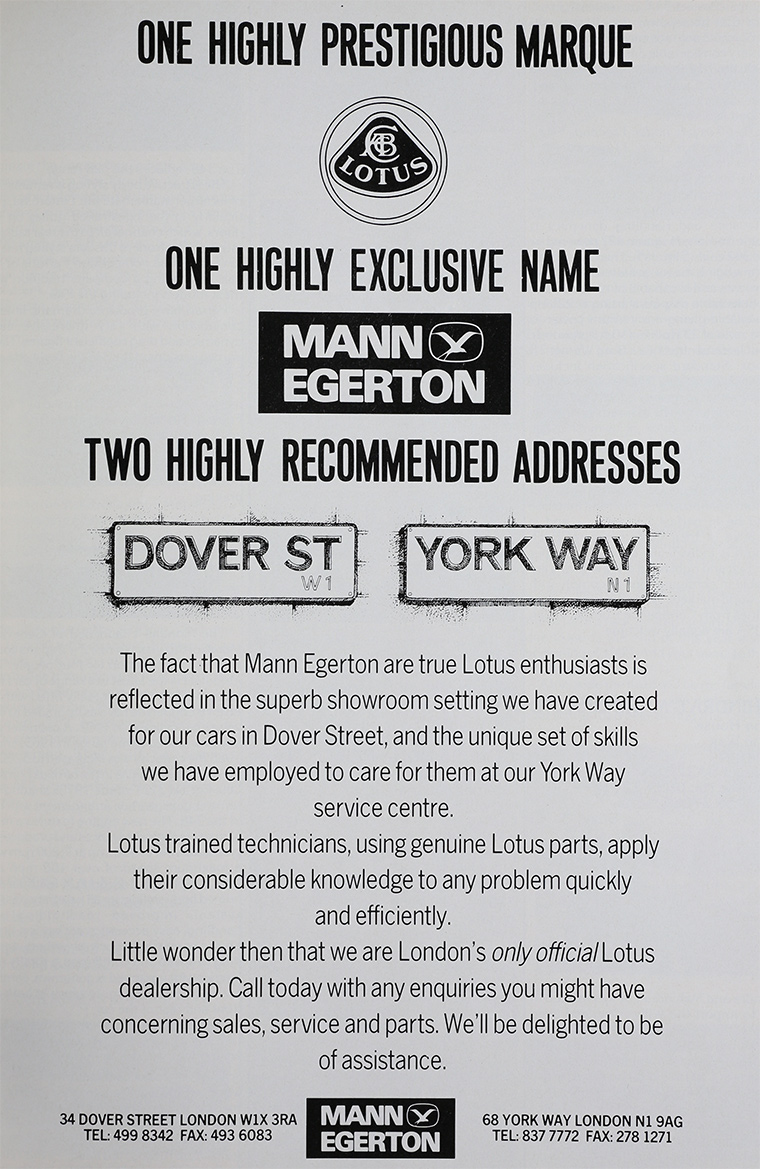 of Norwich was a British car dealer and car coachbuilder.

1905 Public company. The company was founded by Gerald Mann, an electrical engineer, and Hubert Egerton in 1905, although the two had been working in partnership since before 1900. Besides car dealing the company continued electrical installation work.

In 1909 the company supplied its first custom built car body for a Rolls-Royce.

1915 The company was requested to build aeroplanes for the war effort. Some were built under licence, including 22 Short Admiralty Type 184s and 20 Short Bombers; later the company produced its own Type B, a further development of the Short Type 184. It also built for Airco.

WWII. In the Second World War, they built vehicle bodies for the Government especially the Austin K2 ambulance.

The electrical department was sold to the Westinghouse Brake Co. Mann Egerton was acquired by Inchcape plc in 1973 though its woodworking business continued until bought out by the management in 1986 in 1973 and continues as a brand of car dealers across East Anglia.