Sectional drawing, indicating that the meter's piston is automatically raised and lowered, and each stroke is recorded by the meter, thereby indicating the total flow passed. Source: unidentified encyclopedia 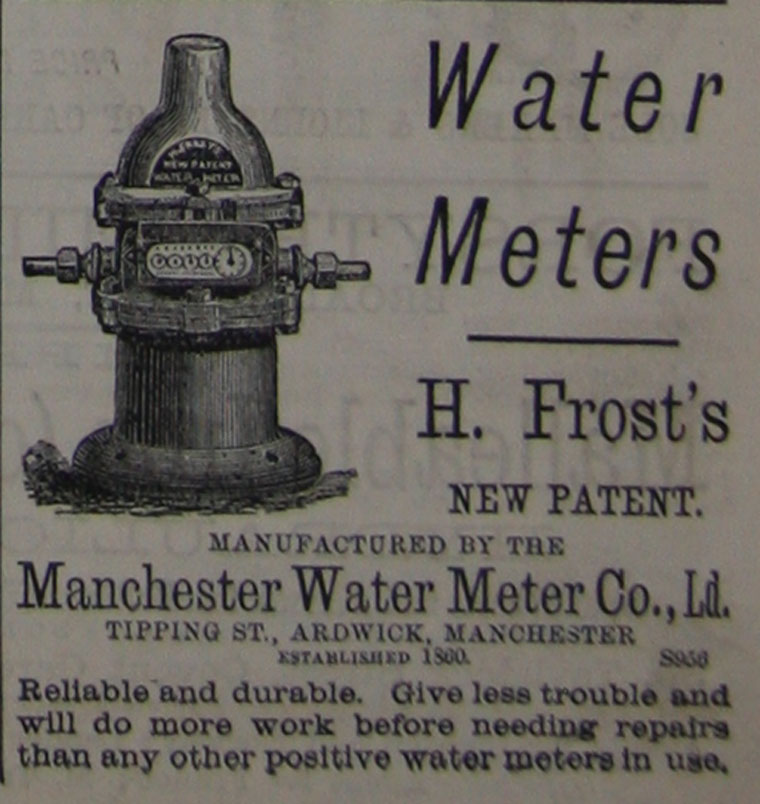 Tipping Street ran east-west from where London Road/Downing Street crossed the River Medlock. The 1925/1922 O.S. map shows the works on the north side of the street, 200 yds from the main road junction. The works occupied a building measuring approx 140 ft by 80 ft. Adjacent to it was a similarly-sized piece of land with several small buildings on it, but it is not known whether it was part of the works. Behind this was Chapelfield Works (India Rubber), then the River Medlock.