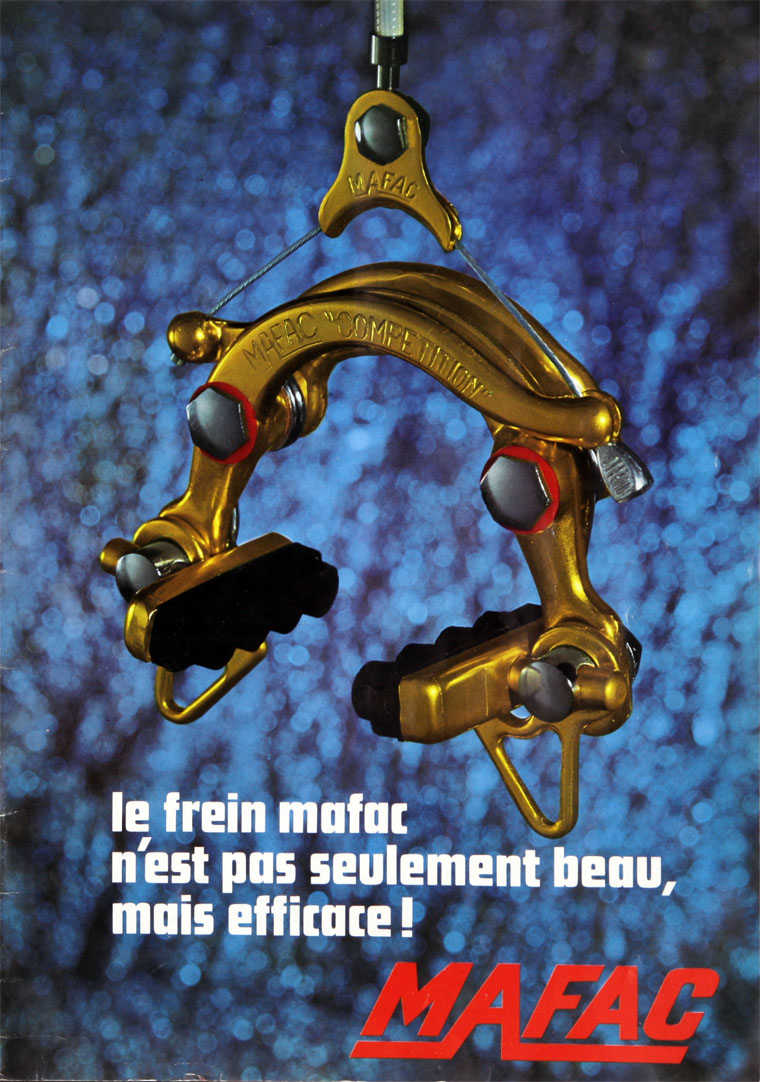 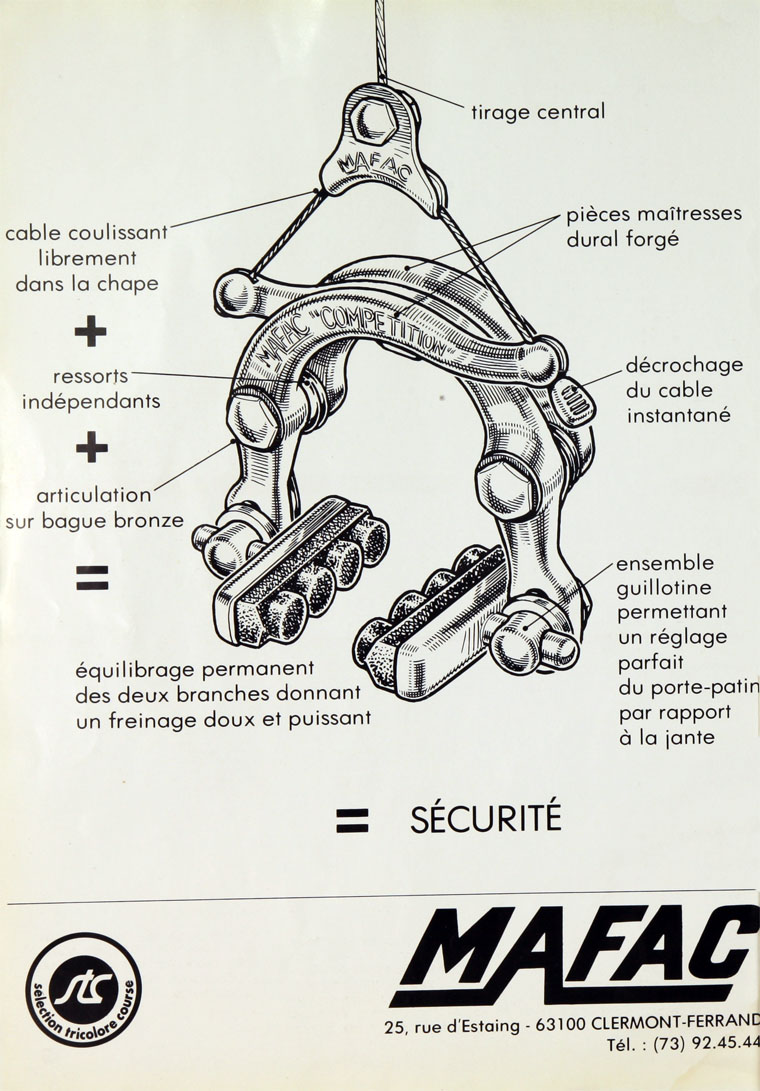 MAFAC was founded in post-war France under the name "Securité", which changed to MAFAC in the Autumn of 1947. Initially MAFAC made cantilever brakes, brake levers, and tool kits. Early MAFAC brakes were built in the cantilever configuration with a separate brake arm on each side, actuated by a straddle cable. Later MAFAC brakes were of a centre-pull design in which a straddle cable links the two overlapping arms of the brake. Like the cantilever design, it is actuated by pulling from the centre of this cable.[2]

MAFAC's rubber brake blocks, originating in the late 1940s, had built-in adjusters, allowing adjustment of the brakes while riding. The centre-pull brakes were designed to clear mudguards, front rack mounts, handlebar bags, and large tyres. This made MAFAC brakes one of the most popular models from the late 1950s through the 1970s.[3]