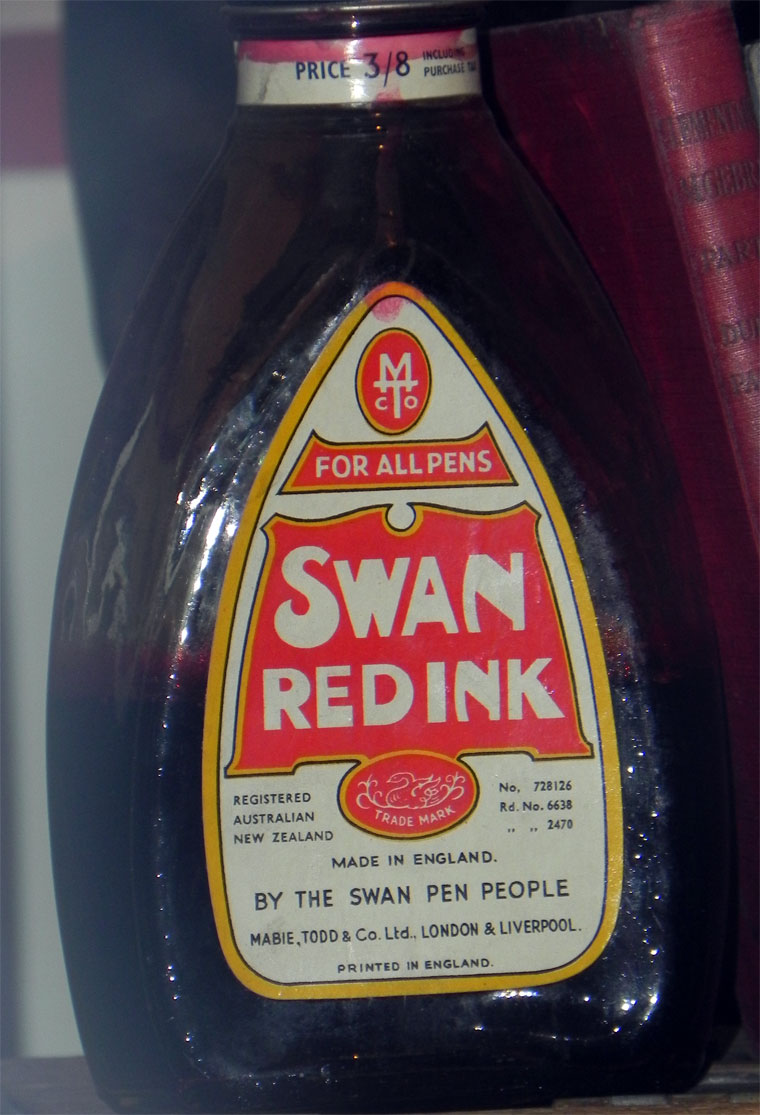 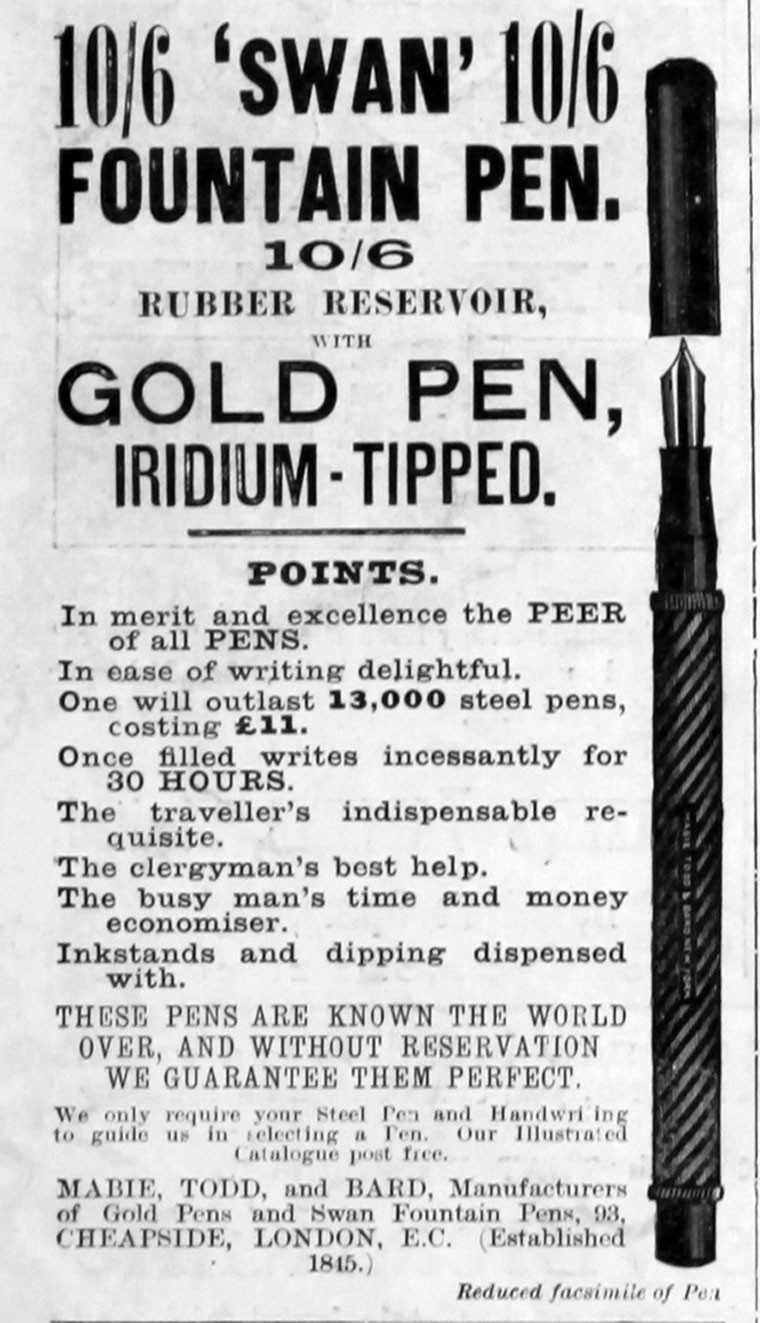 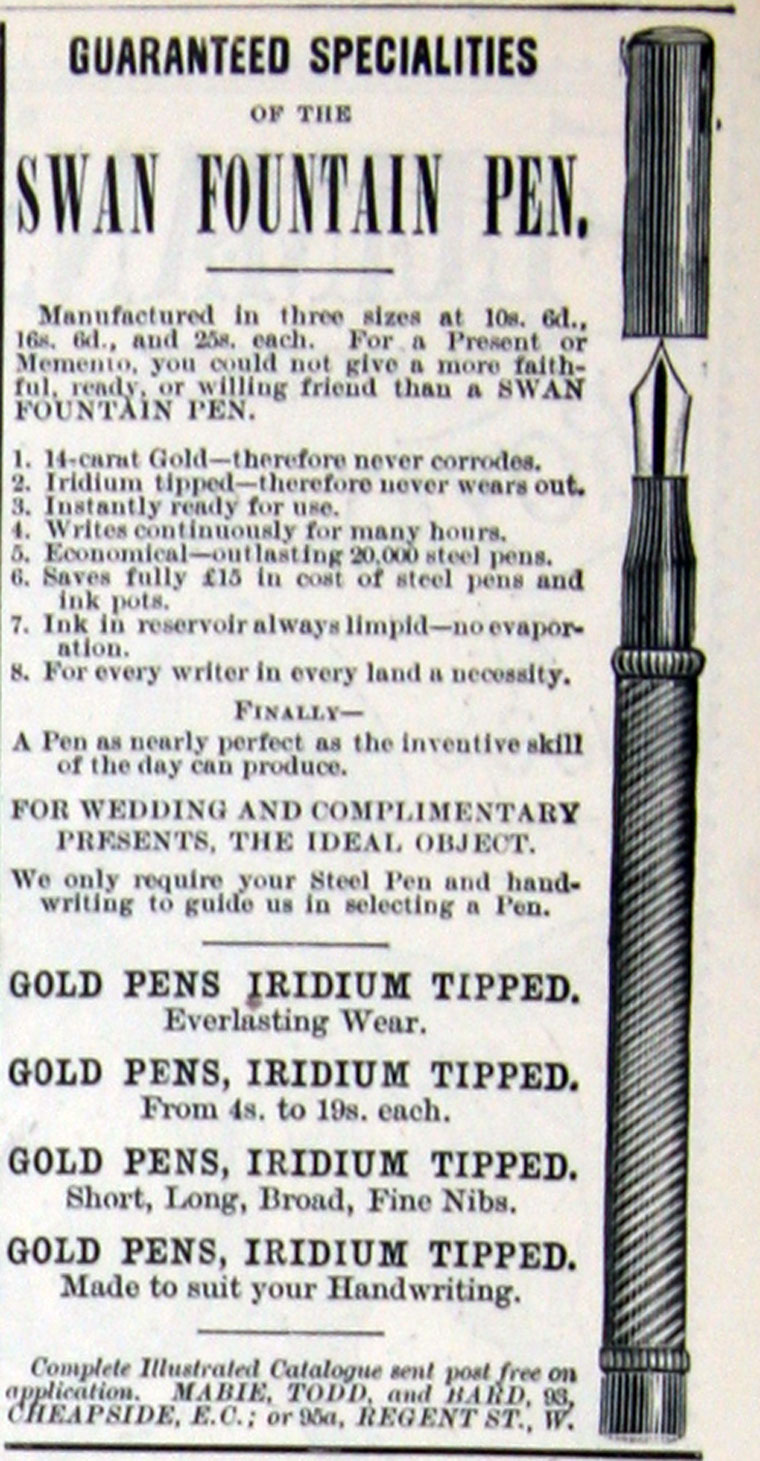 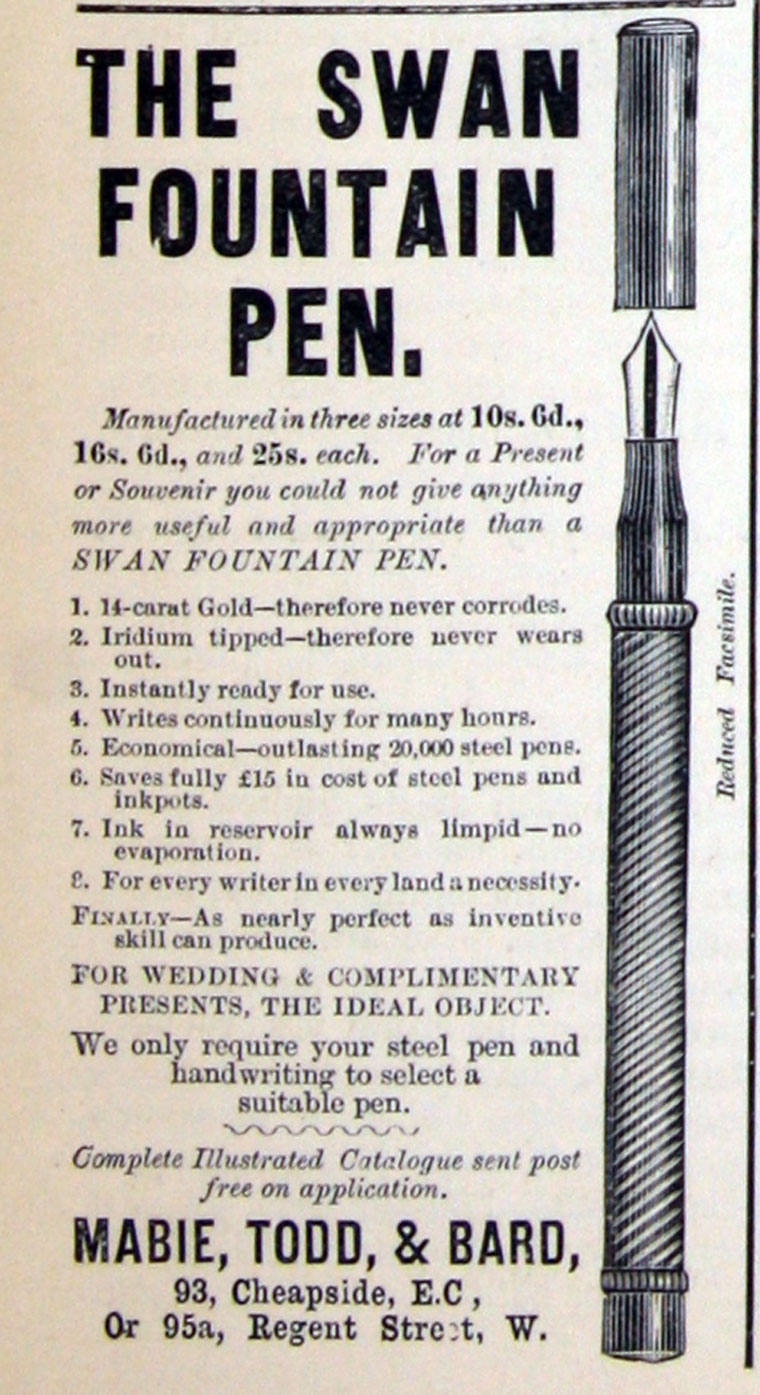 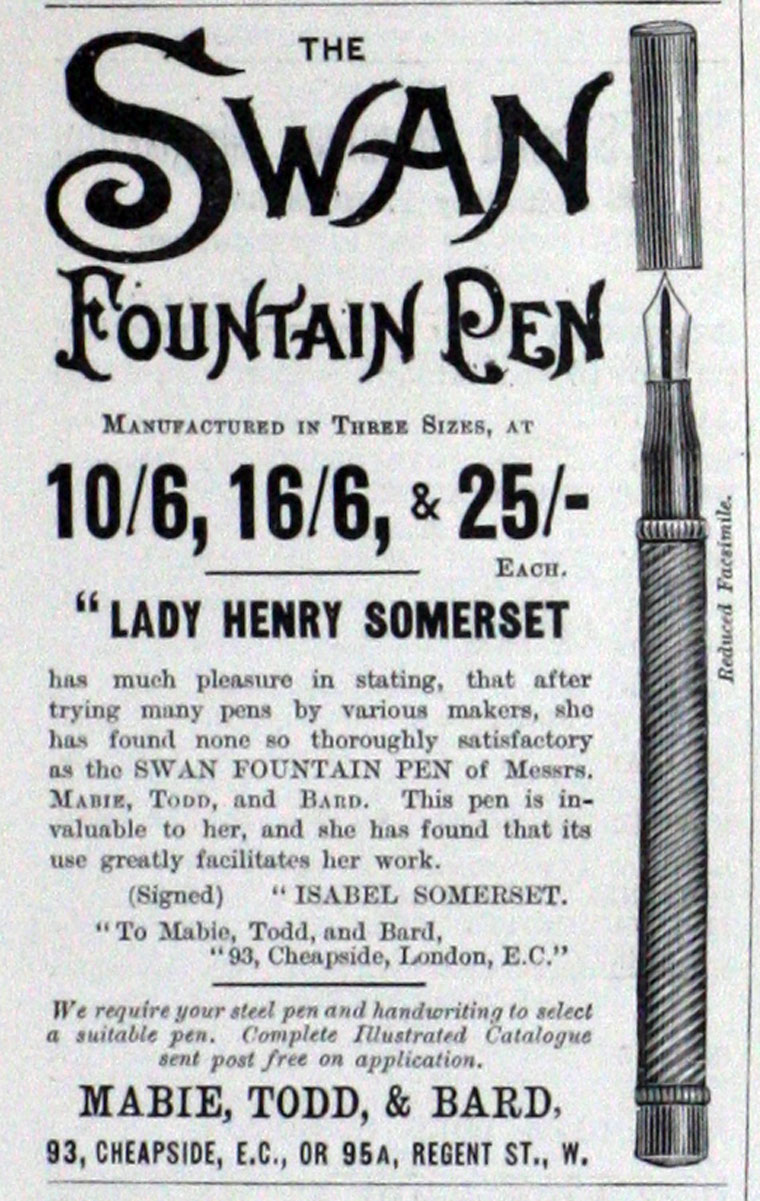 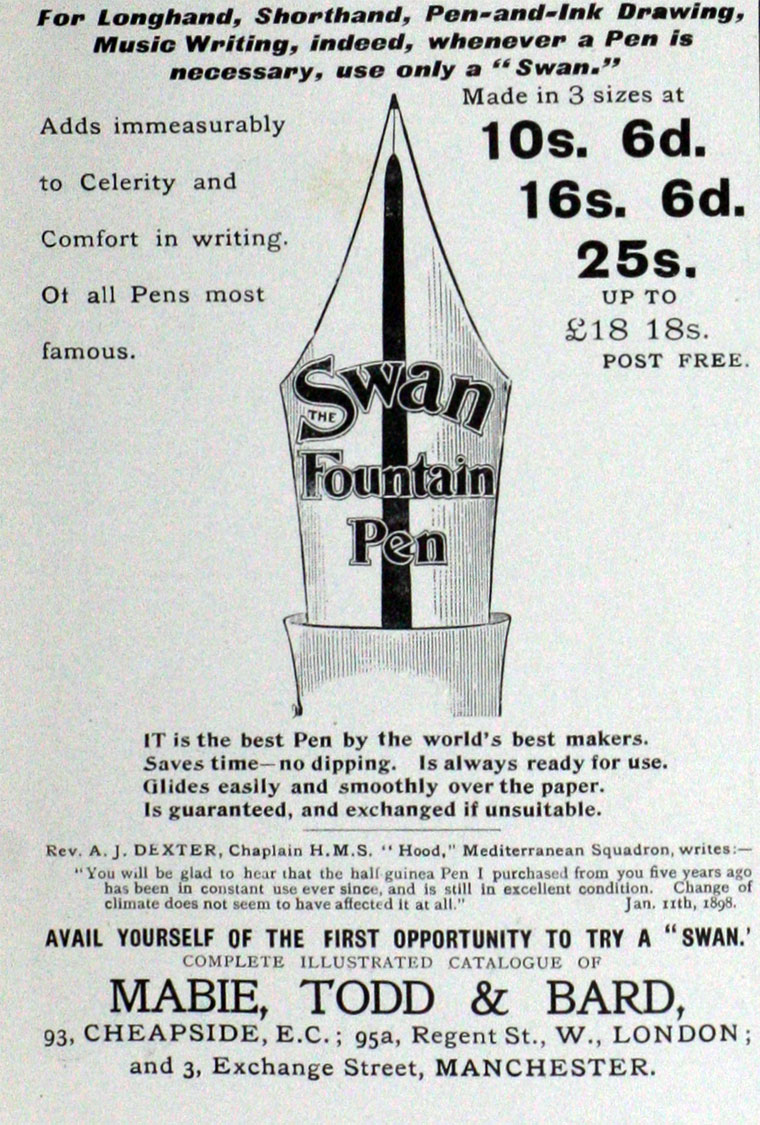 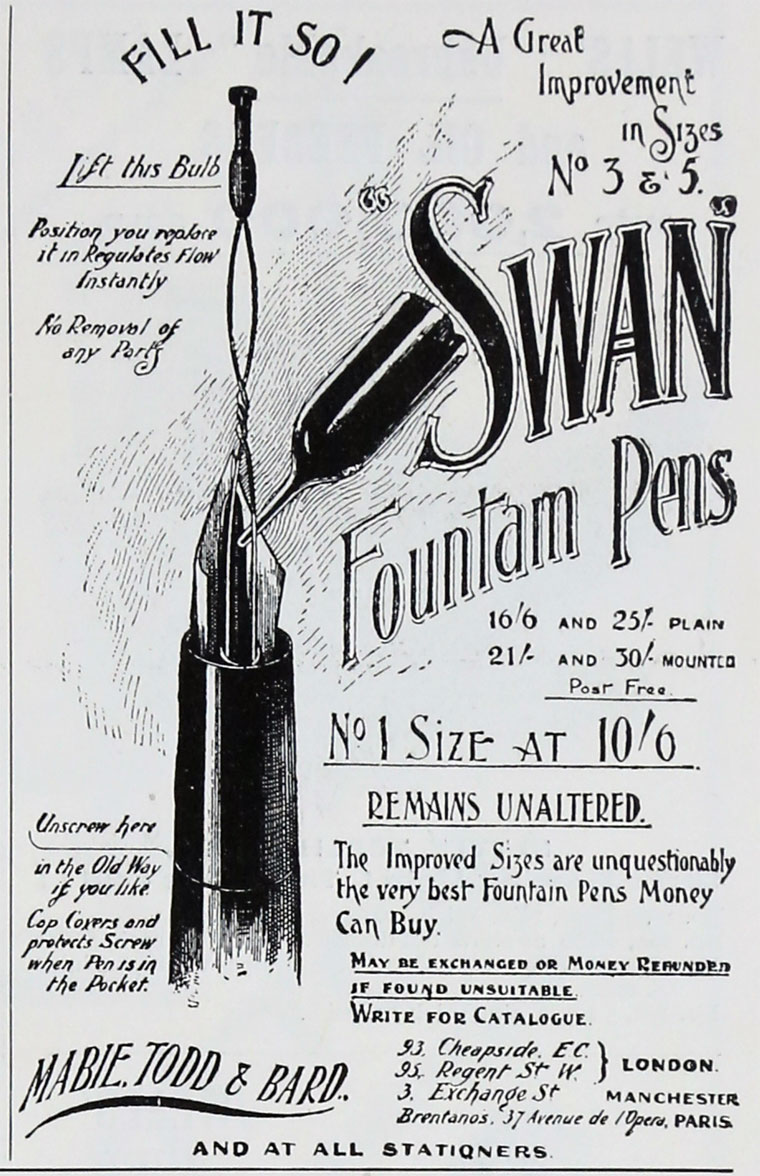 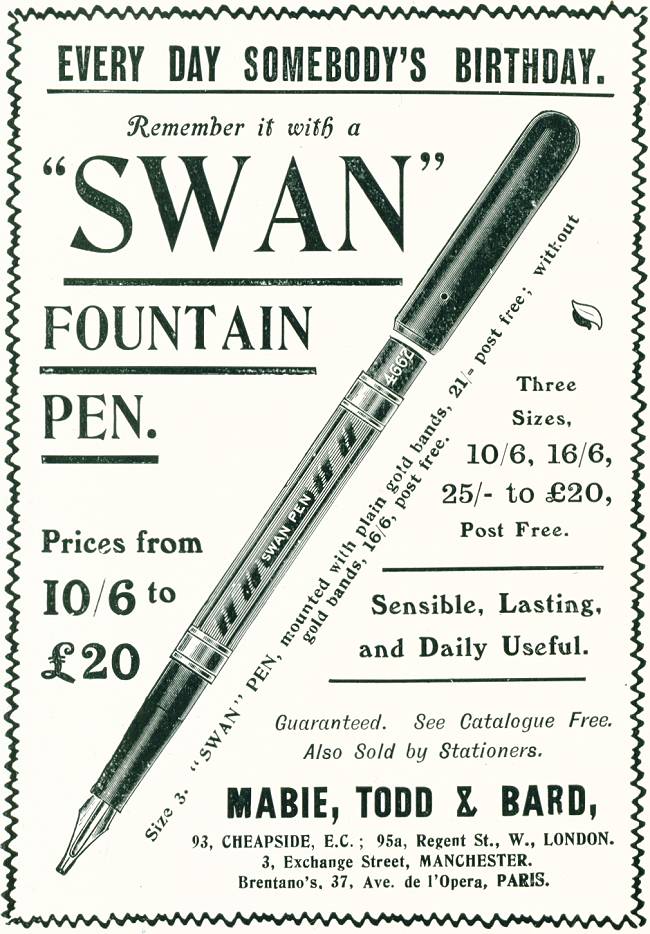 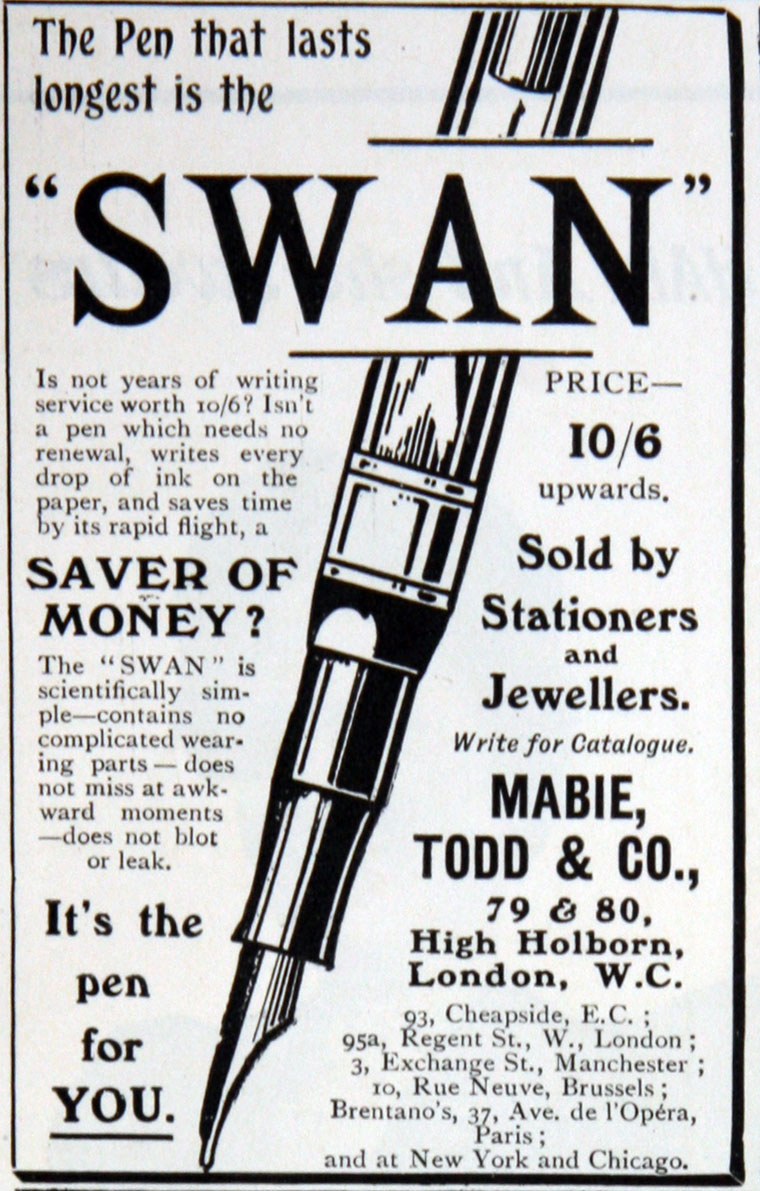 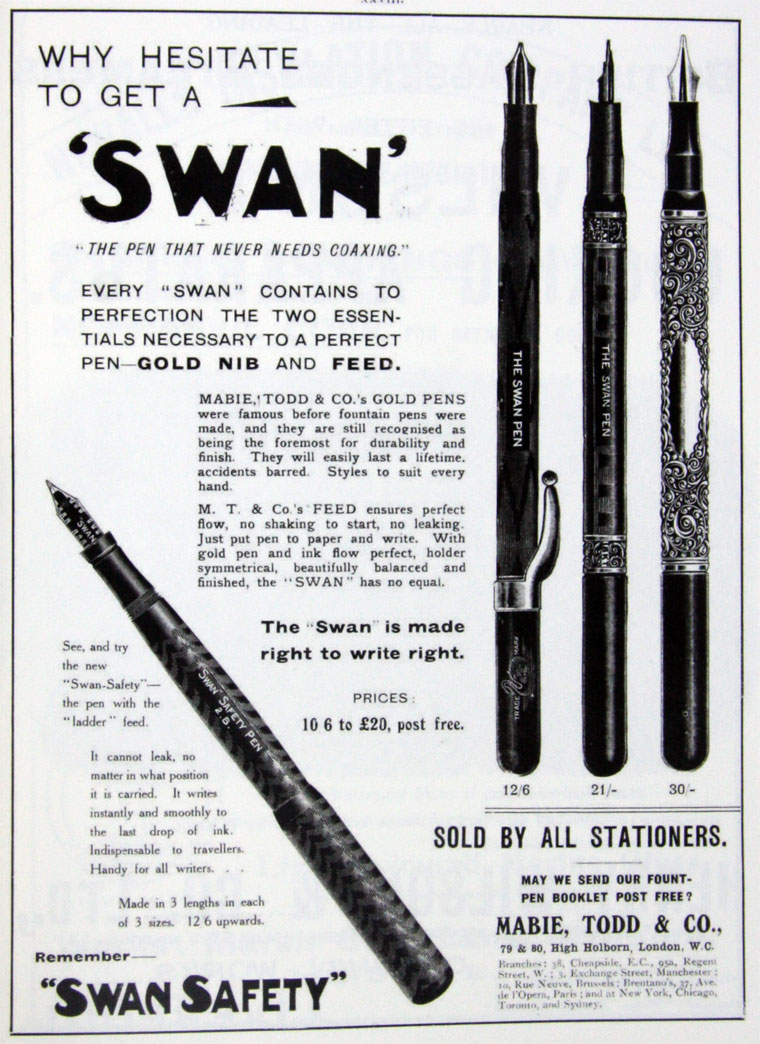 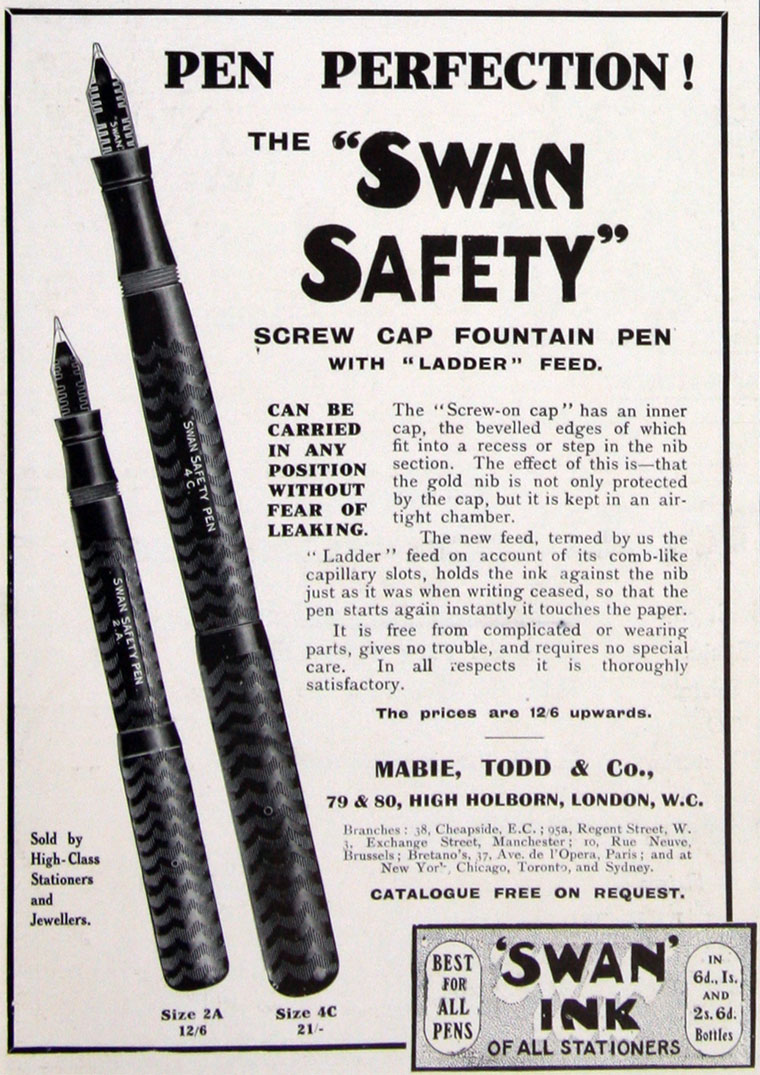 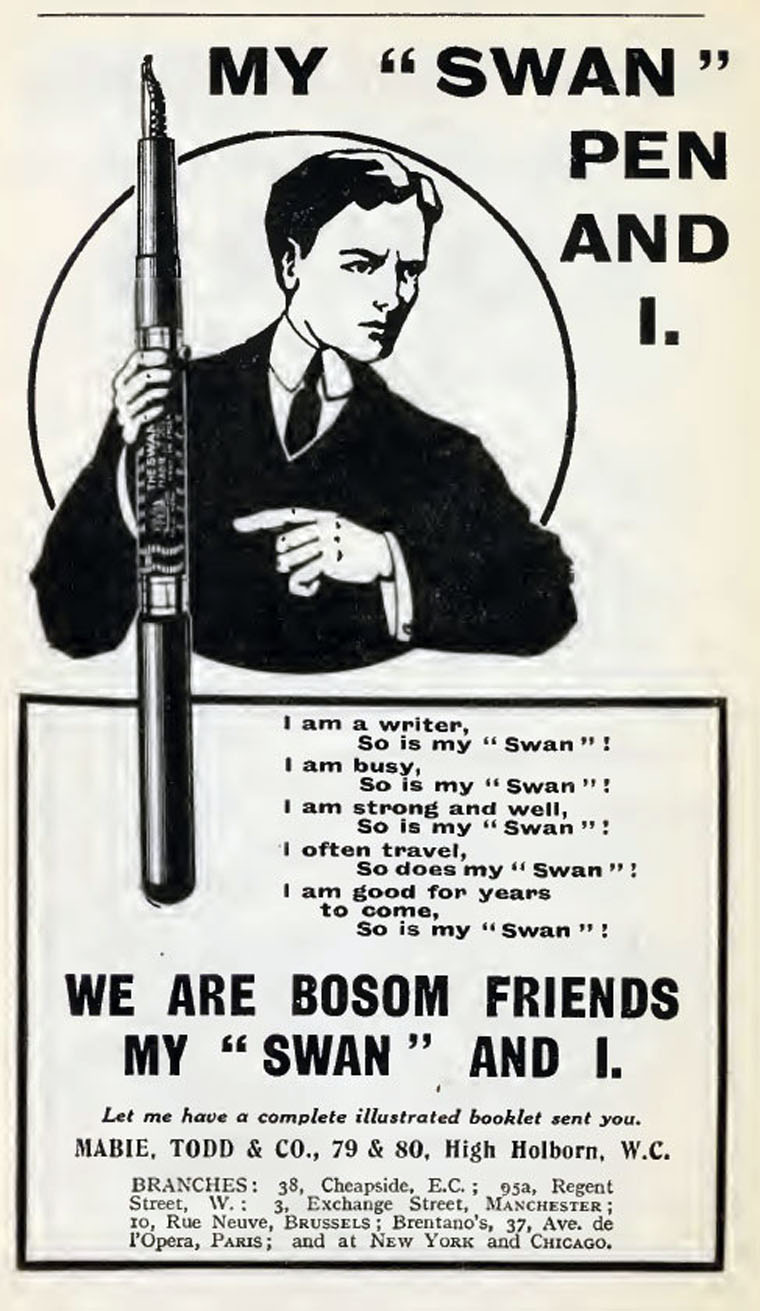 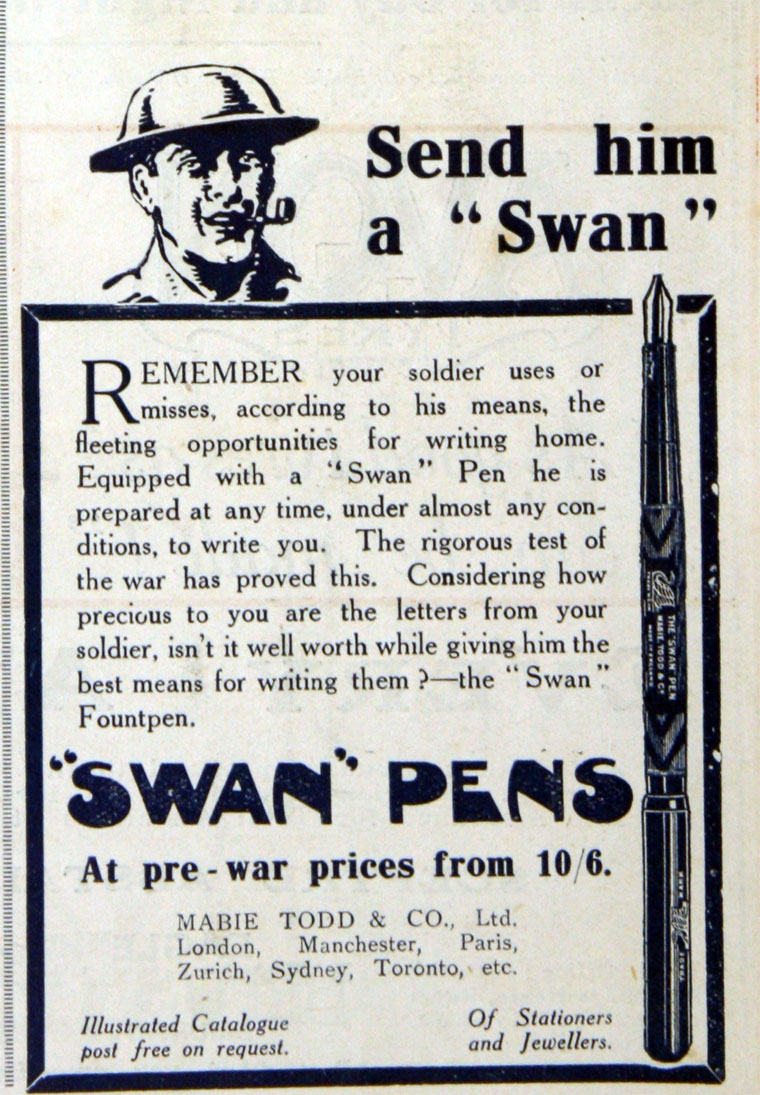 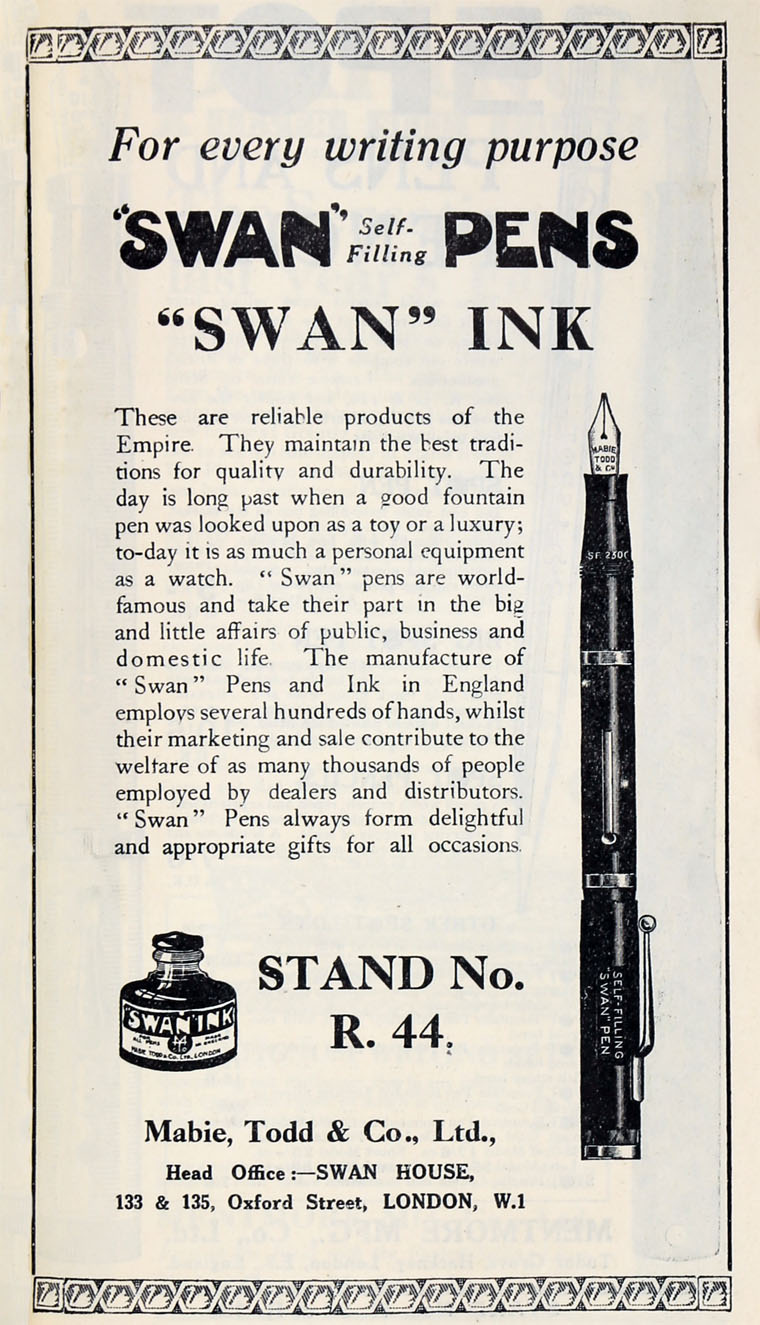 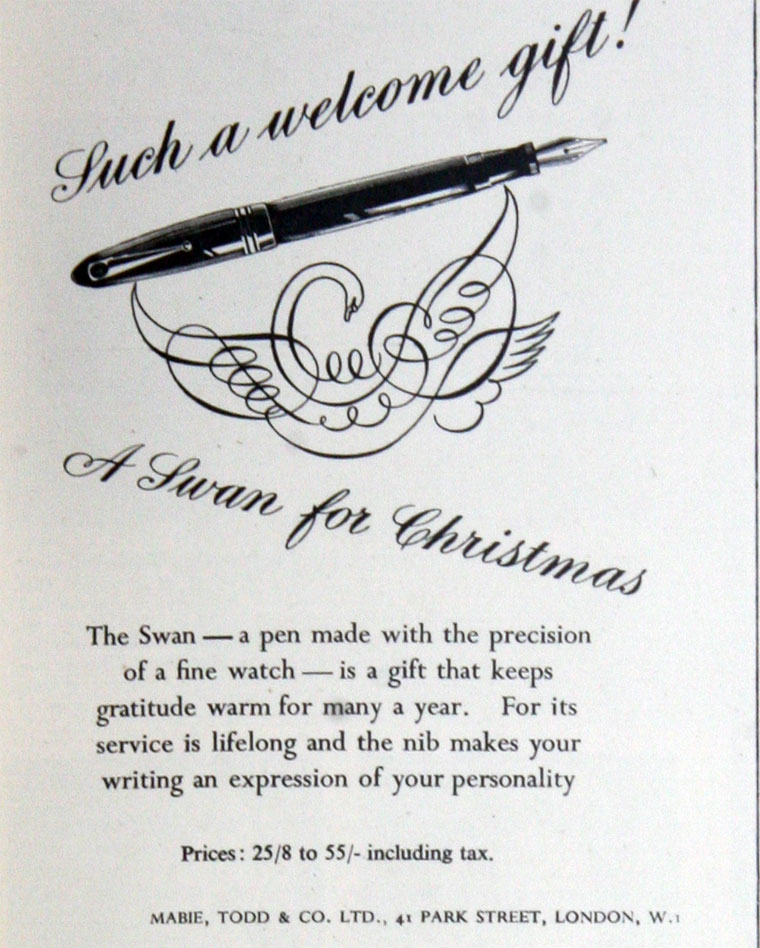 Mabie Todd was a firm whose partners' involvement in gold nib and pencil manufacture dated to the 1840s.

1860 Mabie, Todd and Co was established in New York City.

1873 The company was reformed as Mabie Todd and Bard, and continued to offer a wide range of top quality pens, pencils, and accessories of innovative design.

c.1878 Their first fountain pen, the Calligraphic, was introduced around 1878, utilizing the patents of pen inventor William W. Stewart.

1884 Export to Great Britain began, and a London office was opened.

1890s Production of Swan fountain pens appears to have begun by 1890; Swan overlay eyedroppers were among the most beautiful and ornate pens of their era.

c.1909 Manufacture of pens in Britain appears to have begun.

1914 Mabie, Todd and Co Limited, was established as a British firm, which at the beginning of 1915 acquired all Mabie Todd assets outside of the USA. By now there were branches in Manchester, Glasgow, Paris, Brussels, New York, Chicago, Toronto and Sydney, and the company had become the largest gold pen manufacturers in the world.

1930s Manufacture continued in the USA until the late 1930s, with quality and production volume declining sharply towards the end.

Meanwhile, the British Mabie Todd firm went from success to success, and the Swan was widely advertised outside the USA as "the pen of the British Empire".

Post-WWII Although the company initially prospered in the immediate post-war period, production ceased before the end of the '50s - another casualty of the ballpoint era.