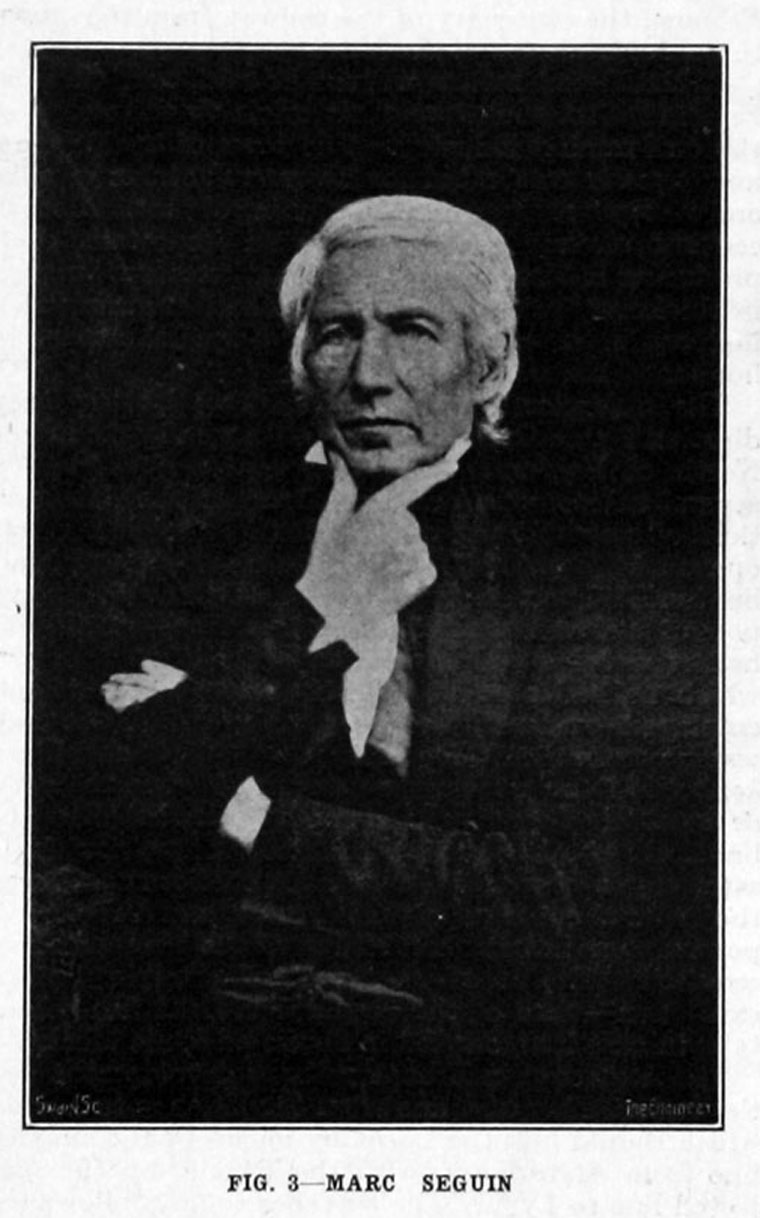 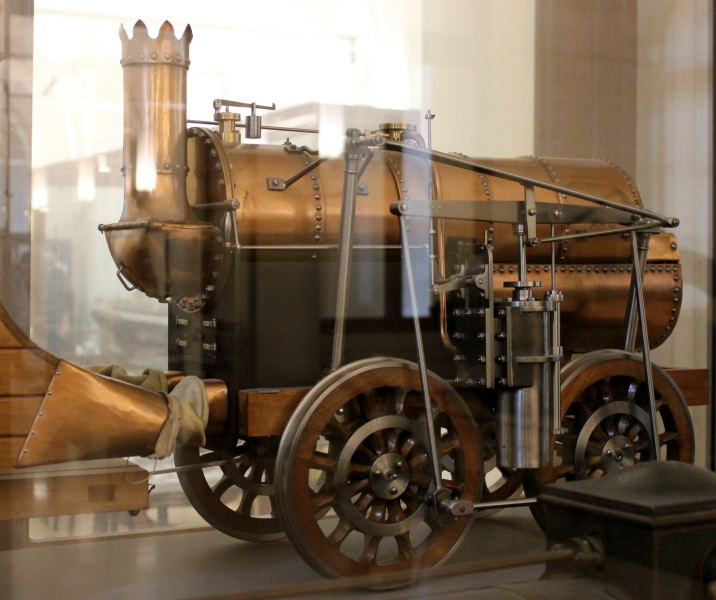 The tender, with its pair of forced draft fans driven by belts from the rear wheels

He was one of five brothers, and a great-nephew and pupil of the Montgolfier brothers.

Séguin conceived the idea of the multi-tubular steam-engine boiler, and started conducting extensive experiments with stationary fire-tube boilers in 1827. He applied for a patent on 12 December 1827.

Note: It appears that multi-tubular boilers had been patented by Col. John Stevens in the USA in 1791, and he built such boilers over a period of 45 years.

Marc Séguin and a number of other eminent French scientists and engineers visited England in the winter of 1827-8, and subsequently arranged to import two locomotives from Robert Stephenson and Co.

The Stephenson locomotives had inadequate steaming capacity, and Séguin turned his attention to improving the performance boiler performance. In 1829 he started constructing a multi-tube boiler for a locomotive, almost certainly before the Stephensons started to build the 'Rocket' with a water tube boiler. However, Rocket was completed and steamed a few weeks before Seguin's locomotive. Rocket had the advantage of an exhaust steam blast pipe, whereas Seguin's was hampered by using centrifugal fans to provide the required furnace draught, which consumed a significant portion of the engine's output.[1]

In Séguin's locomotives the firebox and flue were underneath the boiler shell, and flanked by cast iron water jackets. At the front end of the boiler the hot gases turned and passed through small diameter fire tubes, exhausting by a relatively short chimney.[2]

A working replica was constructed between 1981 and 1987 under the project leadership of Gaston Monnier.

Séguin and his brothers played a pioneering role in the development of wire-cable suspension bridges. He was inspired to develop the first suspension bridges to use cables made of multiple strands of iron wire. In 1822 he built his first experimental bridge, with a span of 18m, over the River Cance at his birthplace, Annonay. It was not strictly a suspension bridge, but rather a wire cable catwalk, having a pair of cables directly supporting the joists and planks of the wooden deck. Another pair of cables served as handrails, and these were connected to the main cables by vertical wires or rods, providing additional security.

It should be emphasised that the importance of the Annonay bridge lies not in the structural principle - rope bridges having been used from ancient times - but in the use or cables made of strands of iron wire. The Annonay bridge was the first step the development of modern wire cable suspension bridges. Seguin's next bridge project was much more ambitious: it was a suspension bridge to span the River Rhone between Tain l'Hermitage and Tournon. Construction was delayed by bureaucratic involvement. The permit for construction was given on 30 September 1823, and the bridge opened in 1825. The delay meant that the bridge was not the first permanent wire cable suspension bridge: this honour appears to belong to the San Antoine Bridge in Geneva, designed by Guillaume Henri Dufour with advice from Marc Seguin.

The Séguin family went on to build numerous suspension bridges, some of which survive today.

The death is announced of M. Seguin, Sen., one of the most distinguished engineers in France.

M. Seguin devoted great attention in the course of his long life - for he died at the age of 89 - to suspension bridges.

He was a nephew and pupil of Montgolfier.