Grace's Guide is the leading source of historical information on industry and manufacturing in Britain. This web publication contains 148,536 pages of information and 233,962 images on early companies, their products and the people who designed and built them. 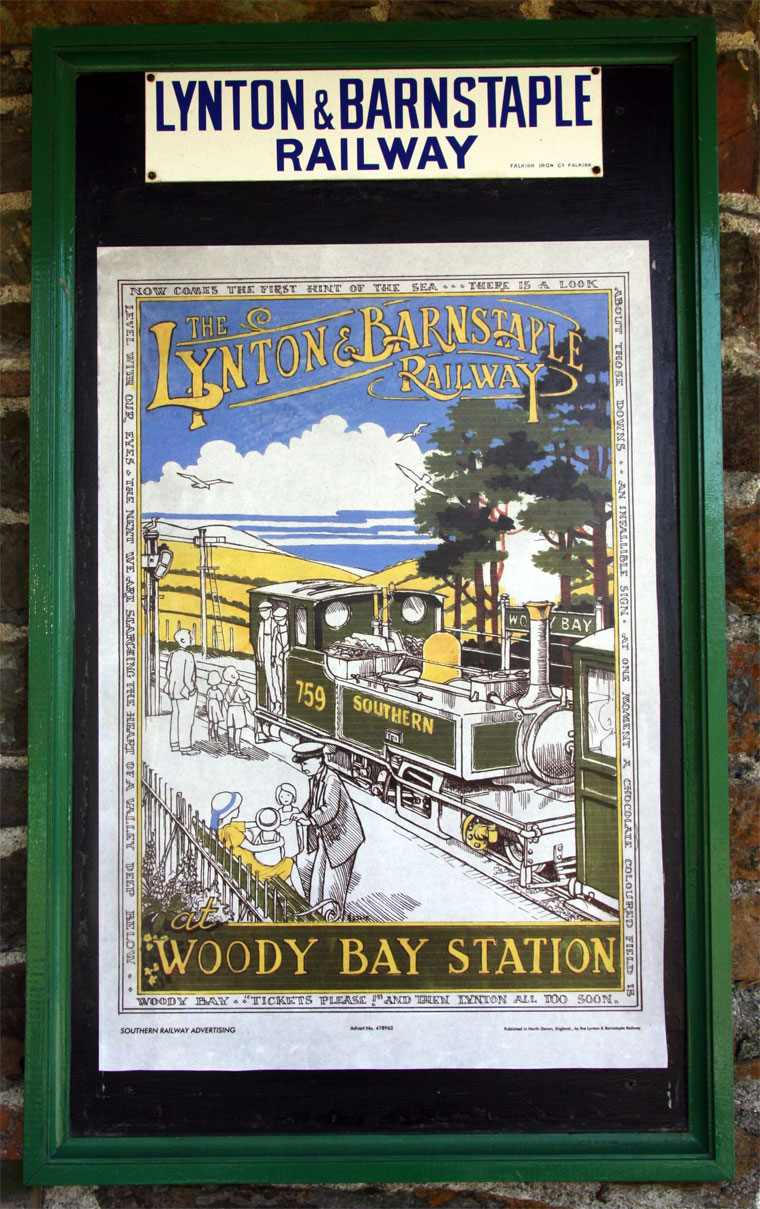 1886 Plan to install the Lartigue Railway System. 'THE LARTIGUE RAILWAY TO LYNTON. The line of the Lartigue Railway to Lynton will possess, in its construction, an interest for the world the particular locality through which it will run aid its attractive terminus. Beyond the experimental railway constructed on this system at Victoria-street, Westminster, London, will probably be the first actual line laid in the country for permanent running. It will be remembered that Act was passed in 1885 for building the railway to Lynton from a junction with the Great Western Railway (or, more correctly, the Devon and Somerset Railway) near the Filleigh Station. The line was intended to pass through Filleigh, East Buckland, West Buckland, Stoke Rivers, Charles, Bratton Fleming, Kentisbury, Challacombe, and Parracombe. This year ....... Parliamentary sanction to their building the railway on the Lartigue system instead of that proposed, which was the ordinary. The capital, on account of this cheaper method of constructing the line being adopted, was reduced by Parliament to about half she original cost. The Company, it is understood, will abserve an exactly similar direction their construction of the line on the new system to that originally intended to be followed. It will be for the carriage passengers and goods, to be worked by locomotives (the Lartigue adapting itself to working animal power and electricity as well), and will be of a length of about thirty miles. It has received the sanction of both Houses Parliament and now only awaits the Royal assent.'[1]

The Lynton and Barnstaple Railway (L and B) opened as an independent railway in May 1898. It was a single track narrow-gauge railway just over 19 miles long running through the rugged area bordering Exmoor in North Devon.

Although opened after the 1896 Light Railways Act, it was authorised under its own Act of Parliament and built to higher (and more costly) standards than others of the time. [2]

1895 The company was incorporated.

Following the opening of the Devon and Somerset Railway to Barnstaple, there were calls for an extension to serve the twin villages of Lynton and Lynmouth, which were popular with holiday-makers. Through the middle of the 19th century, several schemes were proposed, from established railway companies and independent developers. One scheme suggested electric power, while another proposed a line from South Molton. None of these schemes offered sufficient prospects to encourage investment, and few got further than initial plans.

Due to the difficult terrain, one scheme suggested a gauge of 1 ft 11.5 in, already in use on the Ffestiniog Railway and elsewhere, to ease construction. This scheme was supported by Sir George Newnes who became chairman of the company. The Lynton & Barnstaple Railway Bill was passed on 27 June 1895, and the line opened on 11 May 1898 with public service commencing on 16 May.

The scheme did not meet with universal enthusiasm. From the beginning there were doubts as to the intentions of the promoters. Although often attributed to the difficult terrain, many of the sinuous curves and deviations were due to resistance by local landowners along parts of the route.

The L&B seldom attracted sufficient passengers to remain viable. The journey of nearly twenty miles took on average an hour and a half. To satisfy several influential residents, the terminus at Lynton was some distance from the town itself, and from the cliff railway to Lynmouth. Declining tourism during World War I, improved roads, increased car ownership further depleted the line's income until it was no longer economic.

Despite numerous cost-saving measures and extra investment in the line, the Southern Railway was unable to reverse the trend, and closed the line. The last train ran on 29 September 1935. The Southern removed everything they could use elsewhere, and by 8 November, had lifted the track from Lynton to Milepost 15.3 - on the Barnstaple side of Woody Bay station. On 13 November an auction was held, although the railway failed to attract much interest. Most rolling stock, and all but one loco, was sold for scrap and broken up at Pilton. Some coaches were sectioned for use as garden sheds. Third class seats became garden furniture, and first class seats found their way into local snooker halls and Masonic Lodges. In December, Plymouth ship breaker Sidney Castle won the tender to dismantle the railway. The remaining track was lifted by June 1936, and in September, surviving loco Lew was shipped abroad. The stations and track bed were auctioned in 1938.

Briefly, the line earned a small return for shareholders, but for most of its life, the L&B made a loss.

In 1922 the L&B was taken over by the Southern Railway, and eventually closed in September 1935.

Seventy years later, much of the line is still in evidence. The most spectacular edifice is the brick-built Chelfham Viaduct.

Chelfham station is used for volunteer accommodation, while Woody Bay is the main centre of operations. A short section reopened to passengers in 2004. Bridge 67 was generously rebuilt as a gift by Edmund Nuttall Ltd. — a firm descended from James Nuttall of Manchester, the main contractors for the original construction — allowing an extension to Killington Lane in 2006. Work is progressing on the next section, towards Parracombe.

The L&B had an exemplary safety record, and no members of the public were killed or injured during its 37-year existence, although accidents at Braunton Road and Chumhill did claim the lives of three track workers.

Like the Welsh Highland Railway, the track bed was sold off piecemeal - often reverting to the original owners, paying much less than they had sold it for originally. Although there has been minor development on parts of the route, and Wistlandpound Reservoir has flooded the track bed close to its mid-point, much is still in open countryside, with many sections identifiable.

The Lynton & Barnstaple Railway Association (now a charitable trust) was formed in 1979. Woody Bay Station was purchased by the Lynton and Barnstaple Railway Company in 1995 and, after much effort, a short section of railway reopened to passengers in 2004. This was extended to over a mile in 2006, with steam and diesel-hauled trains running between Woody Bay and the new, temporary terminus at Killington Lane.

Little original rolling stock survived, but one restored coach (Coach 7) and a brake van (Van 23) are on display at Woody Bay. Parts of two other coaches, and two goods vans are in storage and will form part of a "heritage train" to complement more modern stock.

Another original coach, used as a summer house, is on show (unrestored) at the National Railway Museum York, and a third, has been running on the Ffestiniog Railway in North Wales for longer than it did on the L&B. Due to the Ffestioiog's smaller loading gauge, the roof profile was altered so it can pass through Garnedd tunnel.

A new Lew class locomotive — Lyd — is being built at Boston Lodge for use on the Welsh Highland Railway. Although an independent project, it is planned for Lyd to visit Woody Bay. So that it can pass Gernedd tunnel, while looking authentic, Lyds cab will have adjustable side panels.