Another photo from the information board

Nature is showing its disregard for mere masonry. Fence post is made from GWR broad gauge rail produced by Panteg Steelworks 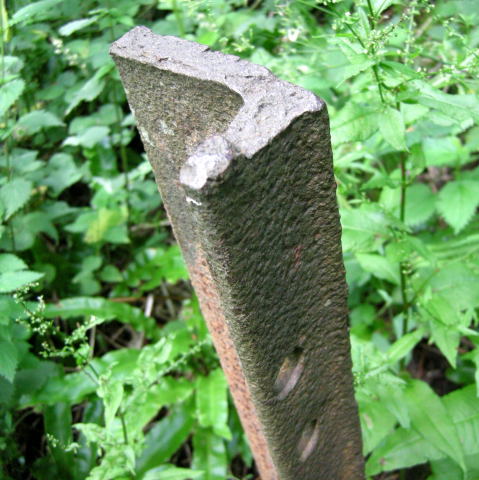 Clearly there are limits to the appeal of a demolished viaduct, but it is an interesting area to explore in the search for remains. For more information, see Lydbrook Iron Works.