Grace's Guide is the leading source of historical information on industry and manufacturing in Britain. This web publication contains 147,363 pages of information and 233,518 images on early companies, their products and the people who designed and built them. 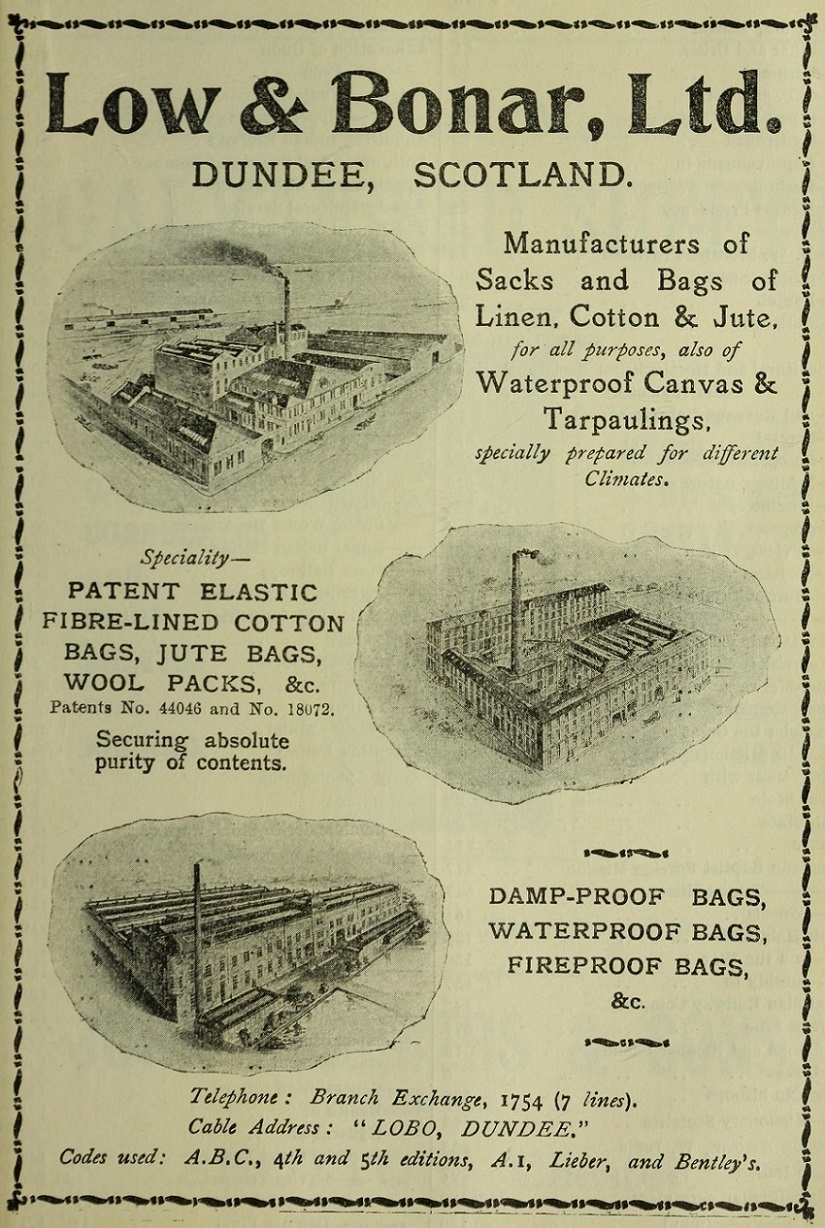 c1912 Incorporated as a private company

WWII Diversified its business to include bag manufacture and the manufacture of tufted carpet backing.

1951 The company Group made its first acquisition outside the textiles field, acquiring Bonar Long and Co, a manufacturer of electrical power transformers.

1976 Abandoned its jute and flax spinning and weaving business by the end of the 1970s and bought Bibby and Baron, a UK-based packaging business

1982 Under the Lazard scheme to reduce capacity in castings, the Bonar Langley Alloys foundry was closed[7]

2020 Producers of a range of advanced, high-performance materials from polymer-based yarns and fibres for building, civil engineering, transportation, industrial and recreational markets.