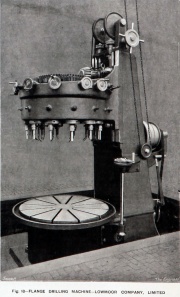 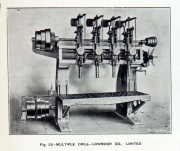 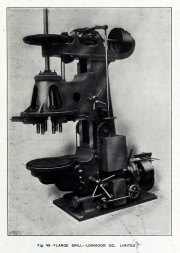 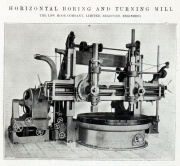 The business was established by Hird, Jarratt, Dawson and Hardy to utilise the mineral resources in the area. The partners built blast furnaces at Low Moor in 1790. These were constructed by Thomas Woodcock, stonemason and builder. The company engineer at that time was Edward Smalley, from Wigan. Jarratt left the business in 1813. [1]

1816 'Iron Boiler. —On Monday last an extraordinary large Iron Boiler, attracted the attention of multitudes of people by being drawn through this city by fifteen horses. It was made at Low Moor Iron Foundery, near Leeds, for Messrs Thornton and Co’s Sugar-House, Hull, to which place it was then proceeding. Its dimensions are 18 feet long, 9 feet wide, and about 6 feet 6 inches high. The weight of this vessel alone was eleven tons, and the carriage on which it was conveyed, is supposed to weigh not less than four tons ; making together a weight of 15 tons. Not being able from its size to pass through Micklegate and Walmgate Bars, it entered the city through Skeldergate ; it however could not be turned near the Bridge, and was therefore taken through North-street, up Tanner-row, and entering Micklegate just within the Bar, proceeded through Castlegate Postern, without much injury being sustained.- York Herald'[2]

1845 8 HP engine made by the 'Low-moor iron company' advertised for sale at the Nan Lane Alum Works in Farnworth, Lancs[3]

1855 'A Yorkshire Projectile for the Crimea. — A tremendous projectile, namely, a 36-inch shell, weighing 26 cwt., cast at the Low Moor iron works, for the Crimea— may be seen at present at the Lancashire and Yorkshire railway station, Wellington-road, Leeds.'[4]

c.1870 Low Moor Ironworks beam engine at the woollen spinning mill of E Illingworth and Co of Shelf Mills, near Bradford, photographed by George Watkins in 1939 [5]

1888 The company was registered on 14 April, to take over the private business of coal and iron masters carried on under the same title. [6]

1923 Company by now was called Robert Heath and Low Moor of Bradford.[8]

By 1966 was part of Midland and Low Moor Iron and Steel Co, a subsidiary of Thomas W. Ward