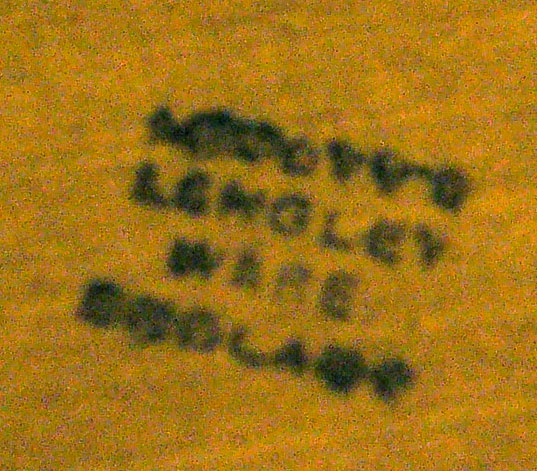 For more details on the history of Langley Mill, see Lovatt and Lovatt.

c.1880 The pottery became known as J. Calvert and Son, when James Calvert's son, William Henry, went into partnership with his father.

1883 The pottery began to trade as Calvert and Lovatt when brothers, Albert and John Lovatt, entered into partnership with William Calvert. Domestic goods were still being produced, but the pottery also made very fine Victorian artware.

1895 The pottery became known as Lovatt and Lovatt when William Calvert left the partnership.

1930 Artware, domestic ware, and industrial stoneware was produced until 1930, when the company went into voluntary liquidation.

1931 The pottery was acquired as a subsidiary of James Oakes and Co (Riddings) and the main production became gift ware and domestic ware, under the title of Lovatt's Potteries Ltd.

1939 Patent - Improvements in or relating to liquid containers and pouring means therefor. [1]

WWII. During the war, output was devoted almost entirely to supplying His Majesty's Forces and Government Departments.

Post-WWII. Production gradually returned to both ornamental and domestic wares.

1959 The pottery was taken over by Joseph Bourne and Son, Denby Pottery, and oven-to-table, gift wares and domestic wares became the primary output.

1967 The name of the pottery was changed to Langley Pottery Ltd.

1982 In December, the last firing at the pottery took place.