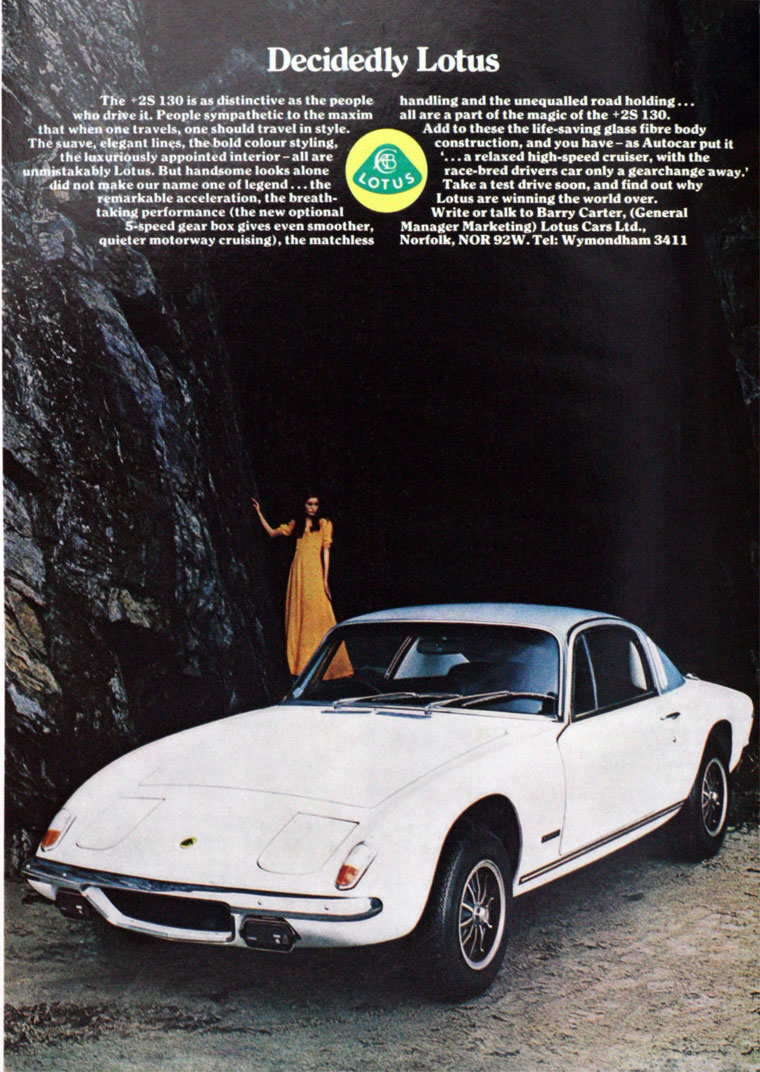 Lotus Cars is a British manufacturer of sports and racing cars based at Hethel, Norfolk.

The company is based about 10 miles south of Norwich

1954 Graham Hill was employed as gearbox development engineer by the company before his racing career developed.

The Company's first factory was in old stables behind the Railway Hotel in Hornsey. Team Lotus was active and competitive in Formula One racing from 1958 to 1994.

1958 Duckworth left to set up Cosworth Engineering together with Mike Costin, who continued with Lotus on a part time basis until the expiration of his contract in the early 1960s.

1959 Moved from Hornsey to Cheshunt.

1966 The group moved to Norwich. The company occupied a modern factory and road test facility at Hethel, near Wymondham. This site was the former RAF Hethel base and the test track used sections of the old runway.

1968 Group Lotus Car Companies Ltd was incorporated as a public company. The motor reacing activities were entirely separate from the company, being in Team Lotus Ltd; nevertheless the company received considerable publicity benefits from its association with racing[3]

1974 Started work on a revolutionary injection moulding process for grp mouldings using a development of the Resinject process with the addition of vacuum assistance developed by Bouvier-Newlove.

1976 Moved into purpose-built facilities at Hethel in Norfolk.

1982 Chapman died of a heart attack at the age of 54, having begun life an inn-keeper's son and ended a multi-millionaire industrialist in post-war Britain. The car maker built tens of thousands of successful racing and road cars and won the Formula One World Championship seven times. At the time of his death he was linked with the De Lorean scandal over the use of government subsidies for the production of the De Lorean DMC-12 for which Lotus had designed the chassis.

1986 the company was bought by General Motors.

The company also acts as an engineering consultancy, providing engineering development - particularly of suspension - for other car manufacturers. The lesser known Powertrain department is responsible for the design and development of the 4 cylinder engine found in many of GM's Vauxhall, Opel, Saab, and possibly some Saturn cars.