Grace's Guide is the leading source of historical information on industry and manufacturing in Britain. This web publication contains 142,859 pages of information and 228,791 images on early companies, their products and the people who designed and built them. 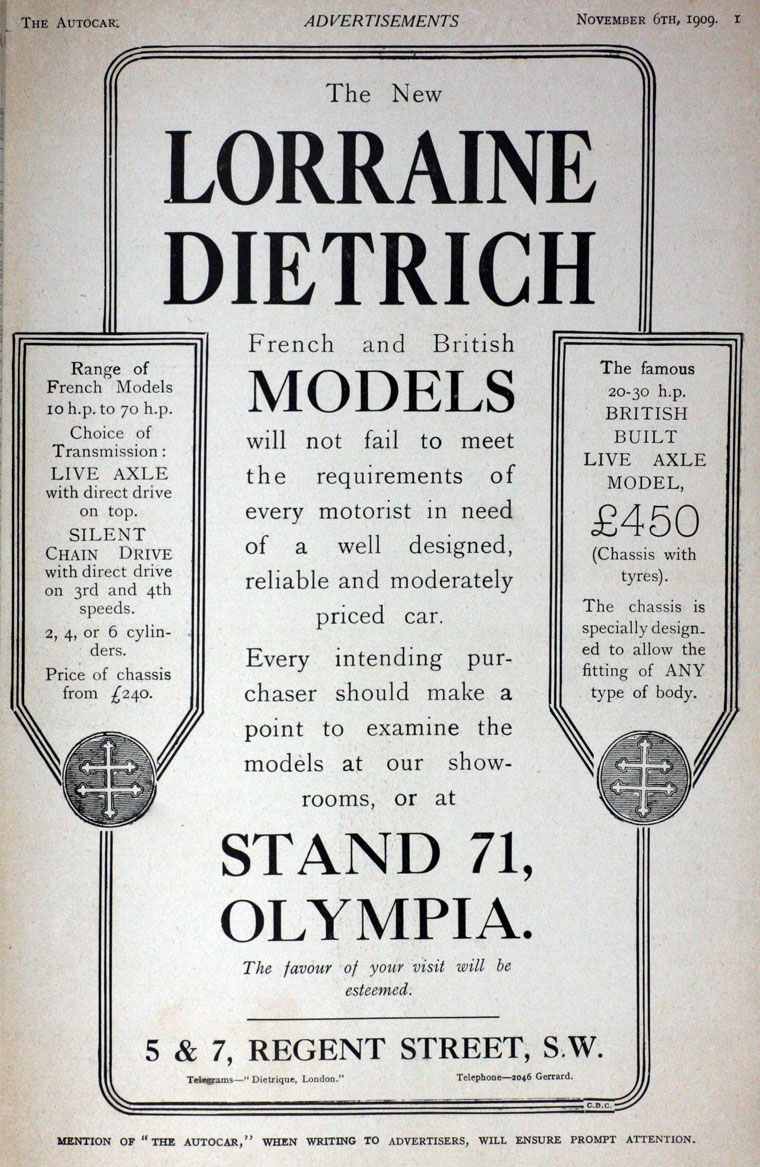 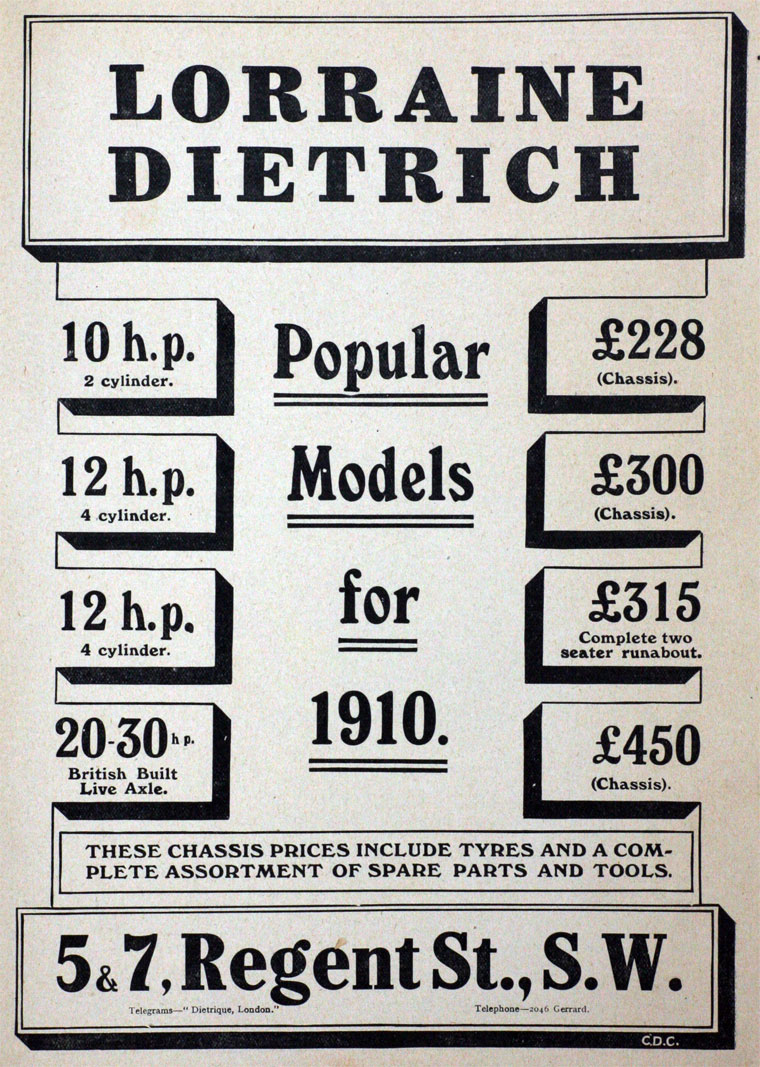 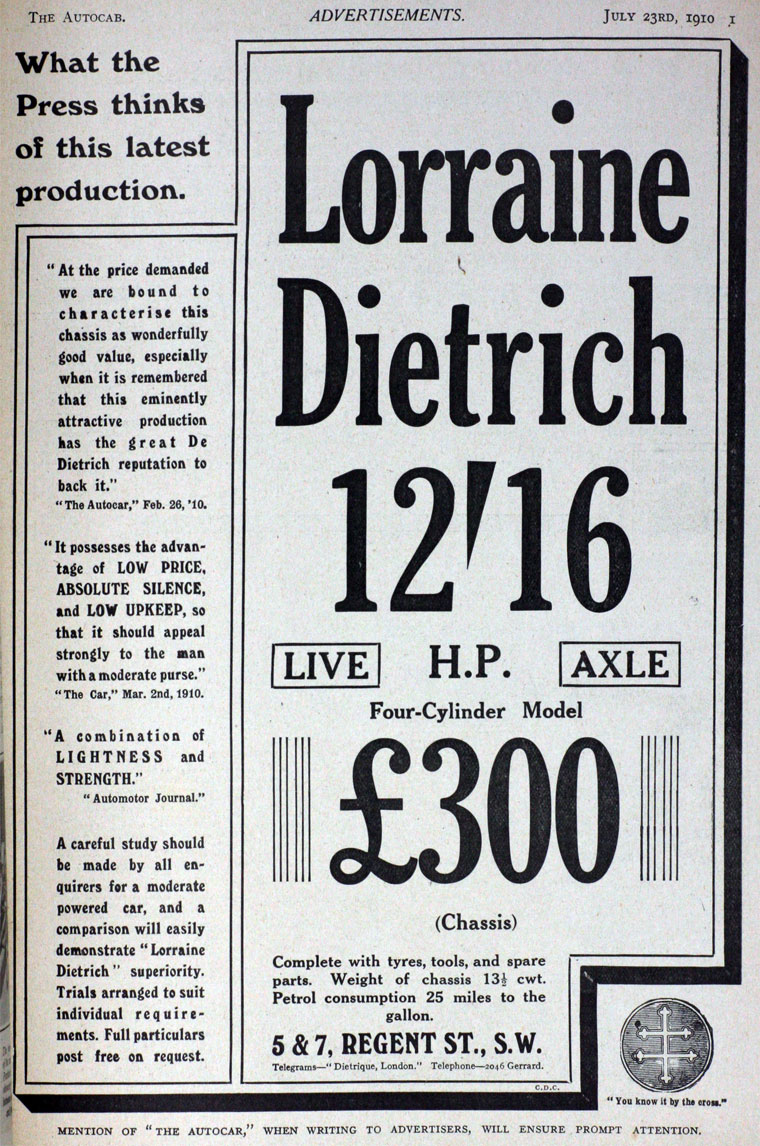 1896 Branched into the manufacture of automobiles.

UK agents were Charles Jarrott and Letts and for a time Burlington Carriage Co.

1909 Nine different models offered. The Dietrich company invested a great deal in racing. The racing cars had enormous engines and were specially designed for the purpose.

1934 Car production in France was stopped. The business focused once again on railway materials, and tank and aircraft engines.

1907 The company acquired an English factory at Selly Oak, Birmingham in advance of the Patents and Design Act 1907 coming into force, to ensure it could work its patents in the UK (in the same way as was done by other French, German and American makers)[2]. See De Dietrich UK

1908 Components Ltd saw little future in cars and decided to dispose of that side of its business (Ariels) to the French car company Societe Lorraine-Dietrich[4].

1908 Motor Show featured separate stands for English-built and French-built cars[5]. The English-built machines were made in Birmingham. One had a specially-designed Mulliner cabriolet body; the other had an entirely enclosed carriage body by Salmons and Sons[6]. N.B. Ariels were shown on their own separate stand.

1911 Receiver appointed to the British company.[7].

1911 Freehold engineering works at Selly Oak, formerly the automobile factory of Lorraine Dietrich Ltd, and machine tools, were to be auctioned on 12 December[8].