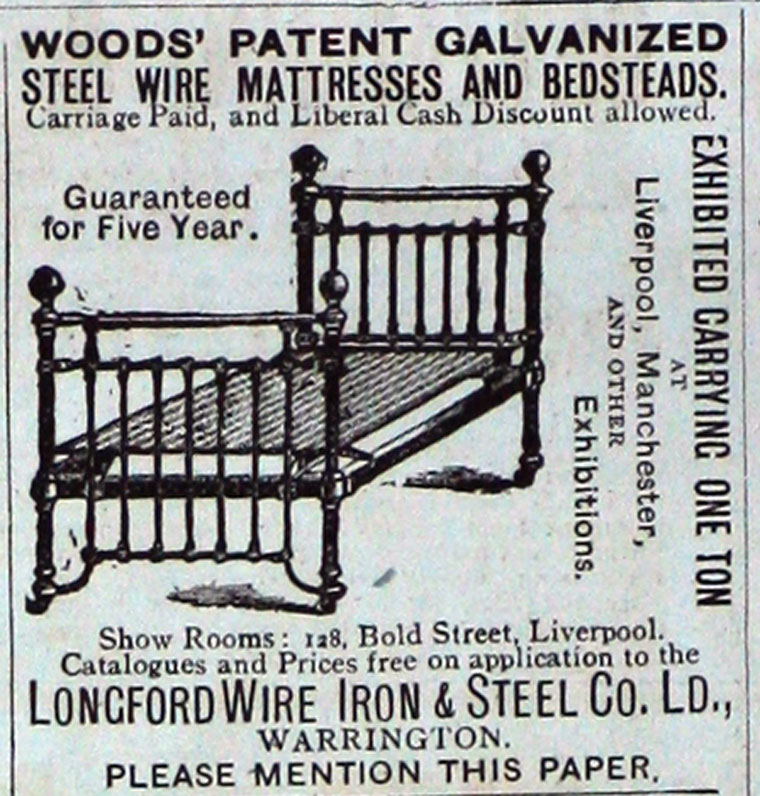 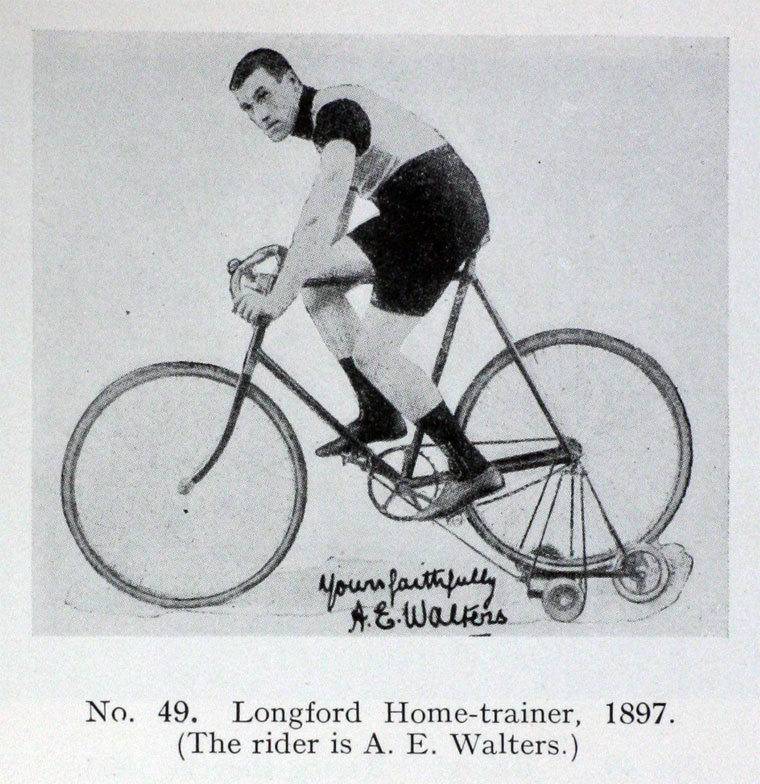 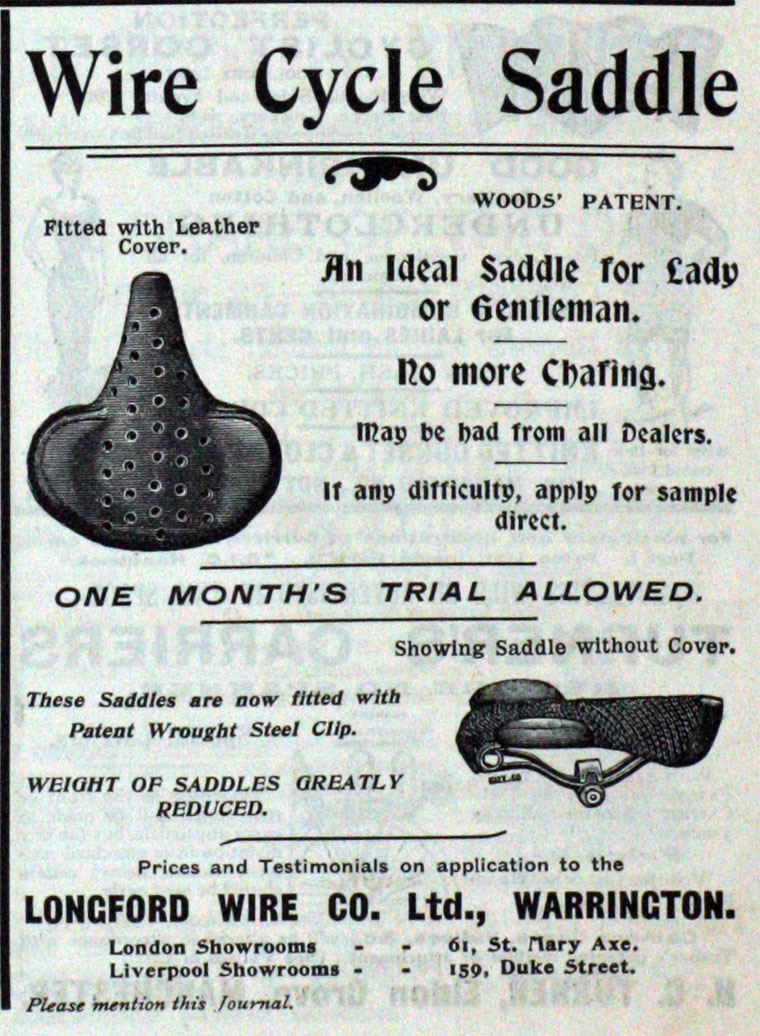 1874 Advert: 'A WARRINGTON WIRE IRON AND STEEL COMPANY.
A Manchester contemporary publishes the following :
"The following company has been recently registered : LONGFORD WIRE, IRON, AND STEEL.
This company proposes to carry on the business of wire-drawing, and to make and vend wire-drawing machines. It was registered 23rd inst., with a capital of £9,900, in shares of £10 each, the first subscribers being :
[Number of shares shown]
*Charles John Holmes, Bridge-street, Warrington, woollen draper, 50
* Sylvanus Reynolds, Latchford, Cheshire, farmer, 100
J. Pierpoint, 4, Bold-street, Warrington, architect 75 Roger Hind, 1, Manchester-road, Warrington, engineer, 50
*John Geddes, Bold-street, Warrington, tea merchant 100
John Houlton, Poulton, near Warrington farmer 30
*Gilbert Greenall, M.P., Walton Hall, Cheshire, brewer
The number of directors to be six. First to be those subscribers whose names are marked with an asterisk. General meeting to determine remuneration. [1]

A. E. Walters, the famous professional racing cyclist, and holder of the world's record for 24 hours (634 miles 770 yards, Paris, 1899) fulfilled a 12 weeks' engagement at the London Pavilion in 1898, pedalling the equivalent of a mile on the stage. A letter from Walters, recalling the incident, is attached to the exhibit. Purchased in Brighton. [2]