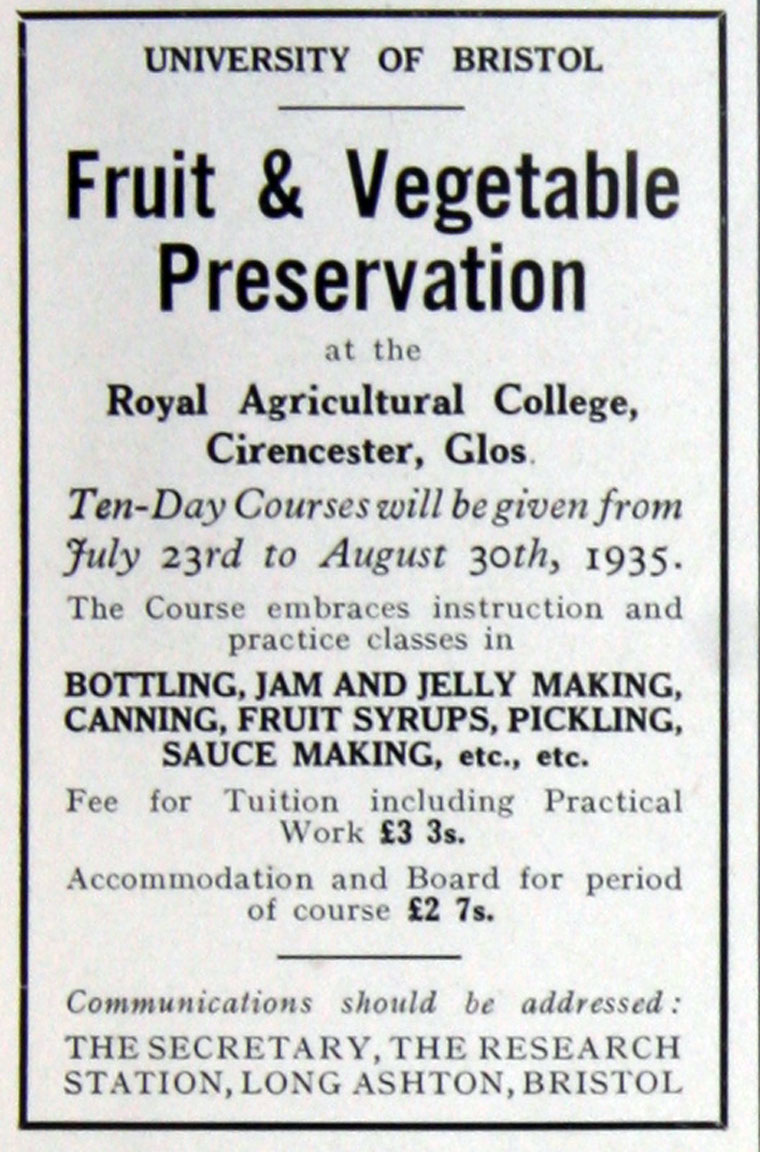 A research centre located in the village of Long Ashton near Bristol, carrying out agricultural and horticultural research to study and improve the West Country cider industry

1903 This led to the formation of the National Fruit and Cider Institute in fields south of the main road through Long Ashton. Frederick Lloyd was appointed Director.

1912 The Institute became the University of Bristol's Department of Agricultural and Horticultural Research and its name was changed to Long Ashton Research Station.

The Universities of Bath and Bristol ran MSc courses at the research station for many years.

1914 The first purpose built laboratory, the Barker Laboratory, was ready for use in 1914.

1930s The Research Station is known for developing Ribena which was widely distributed during WWII.

1980s The work was redirected to focus on arable crops and aspects of botany.

2002 The Long Ashton Research Station was closed, with some of its staff moved to Rothamsted.