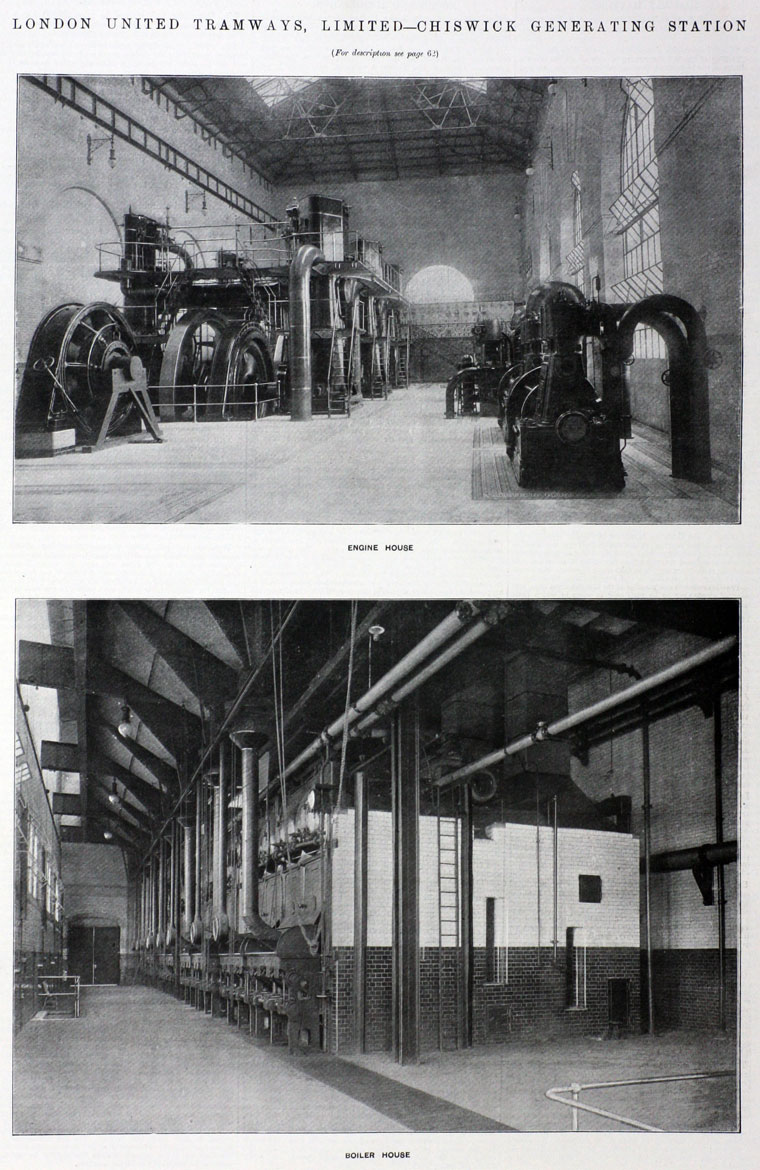 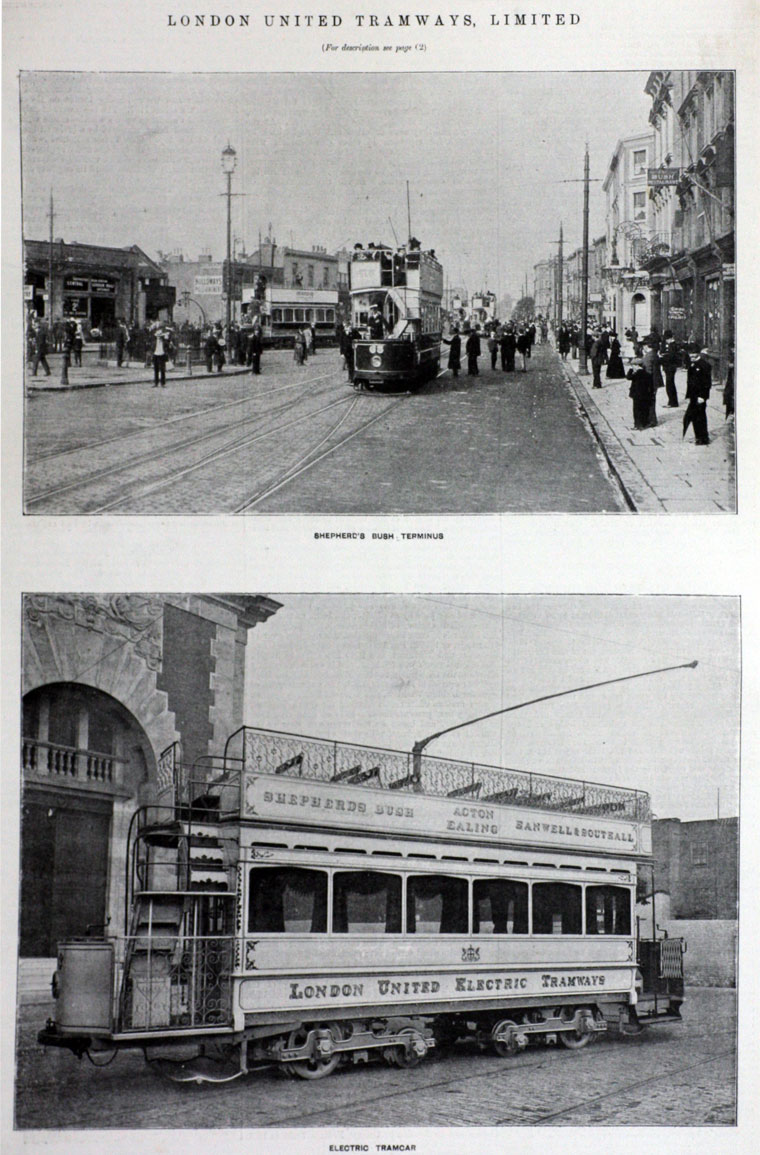 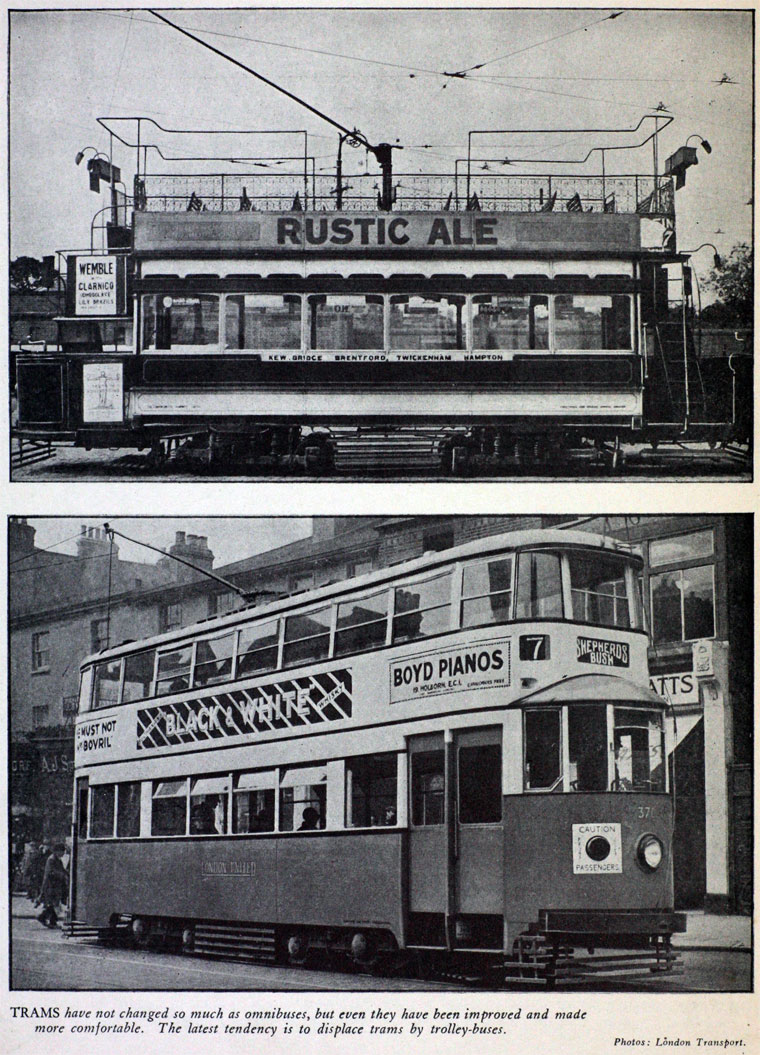 1901 The company was registered in November as the London United Tramways (1901), to take over and extend the undertaking of a company of almost similar title, registered July 1894.

1901 Two other companies were under almost the same administration: Bristol Tramways and Imperial Tramways[4]

By 1903 30 miles of line were open for traffic, and a considerable further mileage authorised[5]

1907 The name was changed to the present title.

1908 Under the company's acts and orders the average of the periods to elapse before the local authorities have the option to purchase the 77.75 miles of existing and authorised electric lines is 19.5 miles. Of the total authorised lines 50.25 miles is at present being operated. [6]

1924 According to the Electrical Times, a new type of "one man" tramcar is, it is stated, to be put into service on the London United Tramway Company's Hanwell and Brentford route. It is the first of a batch of five single-deckers now being constructed by the company. The doors are operated pneumatically, and are automatically kept closed while the car is in motion by means of a special valve. When the car is at a standstill, the exit door will not open unless a passenger is waiting on the rear platform ready to alight, the door being controlled by valves through a treadplate. A "safety first" device is the " dead man grip " with which the air brake handle is fitted. If the driver takes his hand off this, the brakes are automatically applied and current cut off. The new car seats thirty passengers, and fares are paid as they enter. The coin is dropped into a fare box, and the driver issues the ticket, which is cancelled by a foot-operated punch. A change-giving machine assists the issue of tickets. [8]

1931 First trolleybus introduced on a converted tram route in the Kingston area[9].

1933 The company was acquired by the London Passenger Transport Board[10]. The operations were brought together with that of other bus, train and tram companies.