Grace's Guide is the leading source of historical information on industry and manufacturing in Britain. This web publication contains 147,407 pages of information and 233,521 images on early companies, their products and the people who designed and built them. 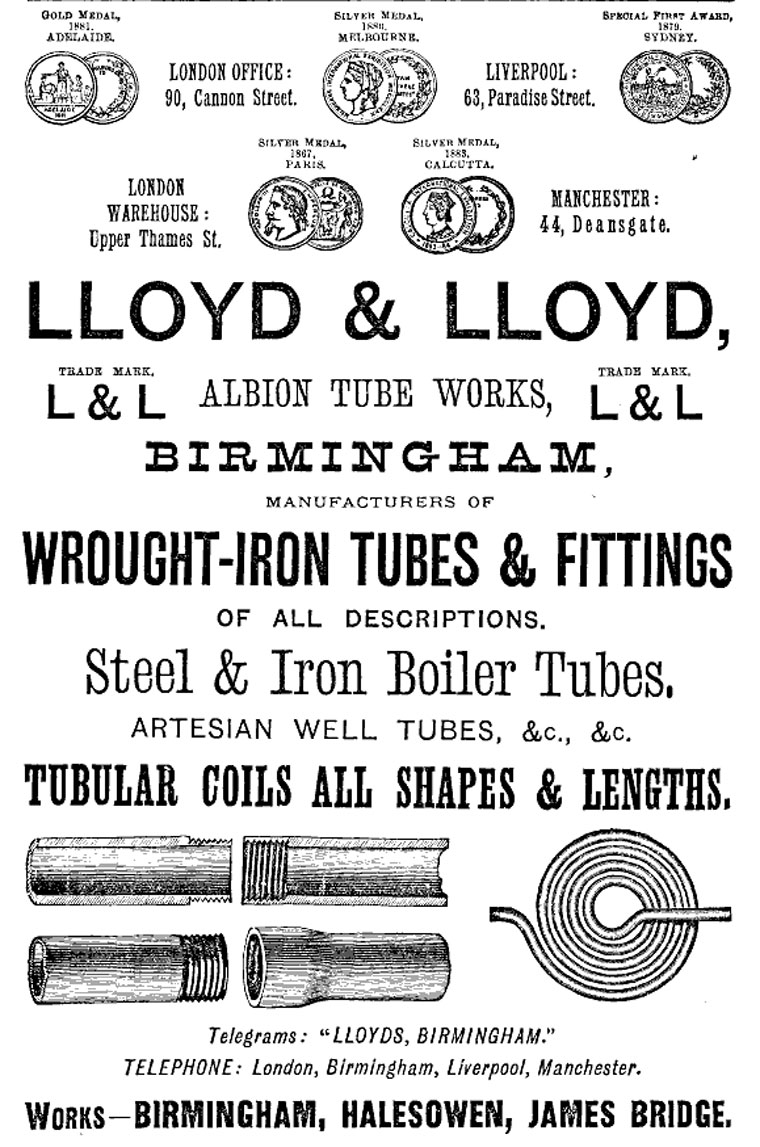 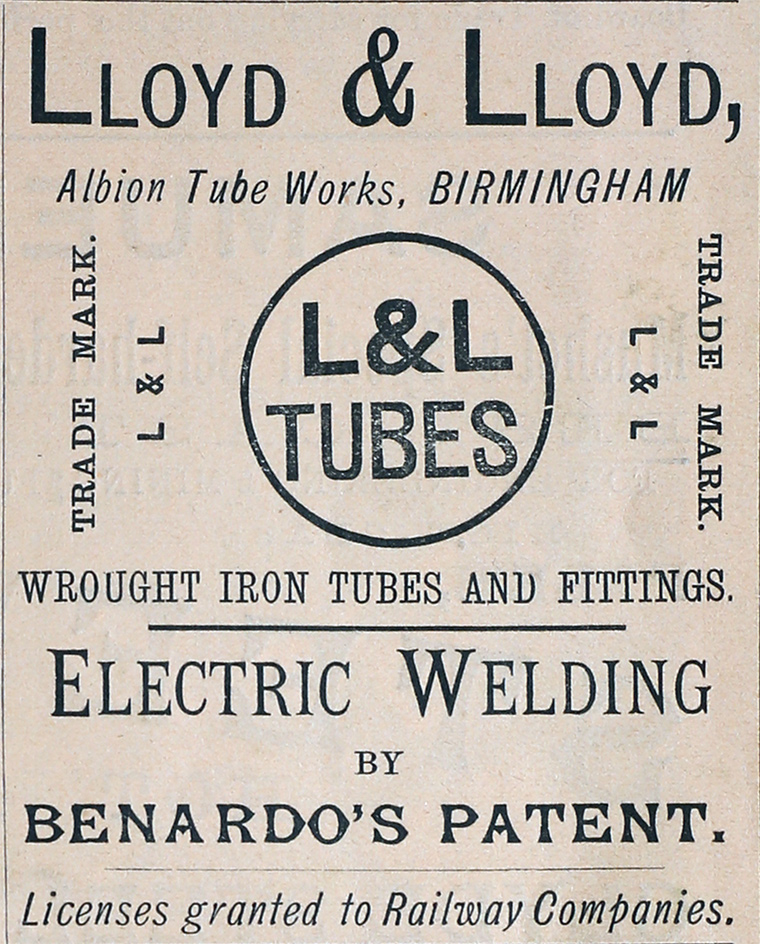 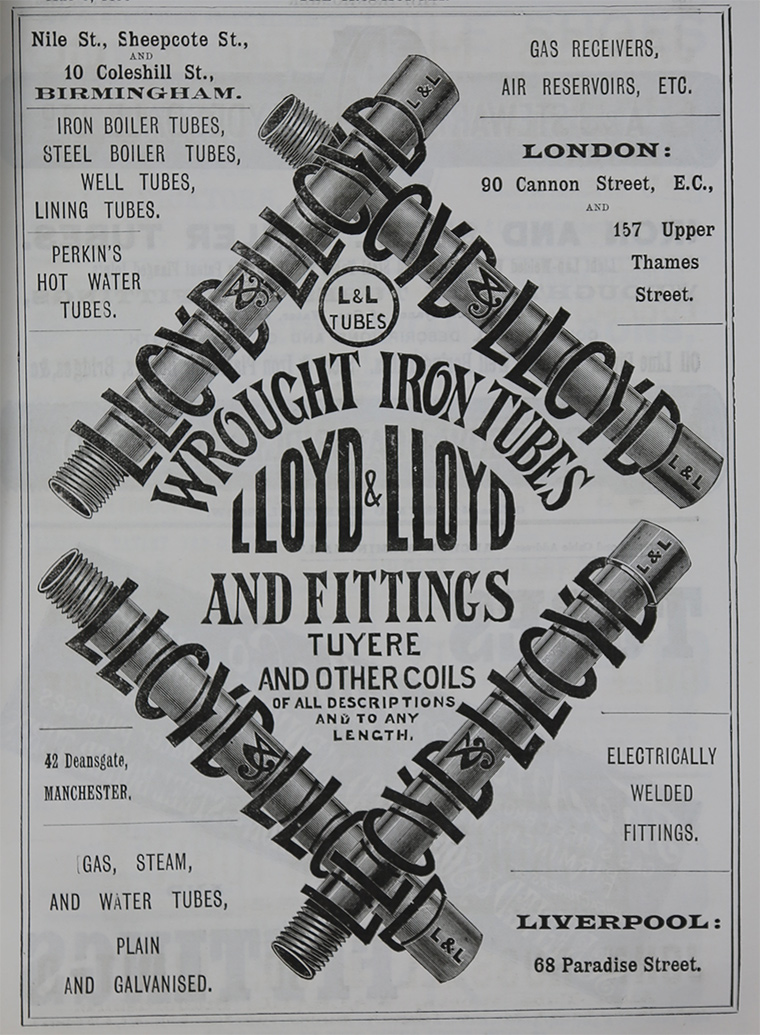 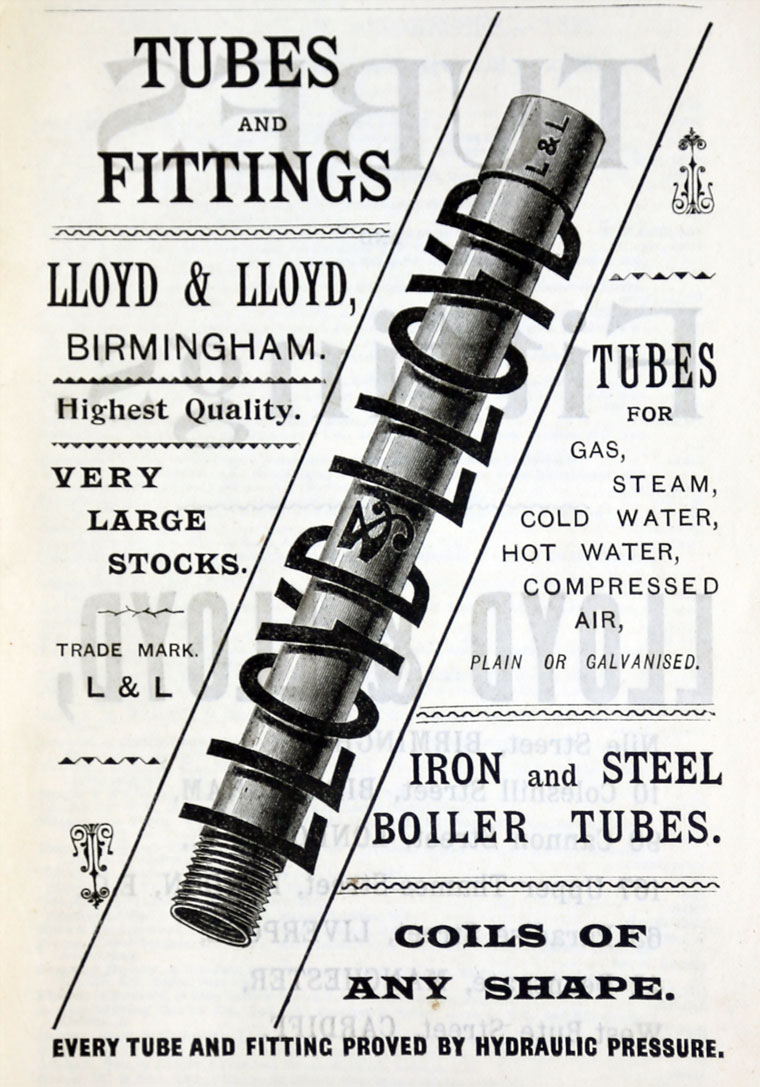 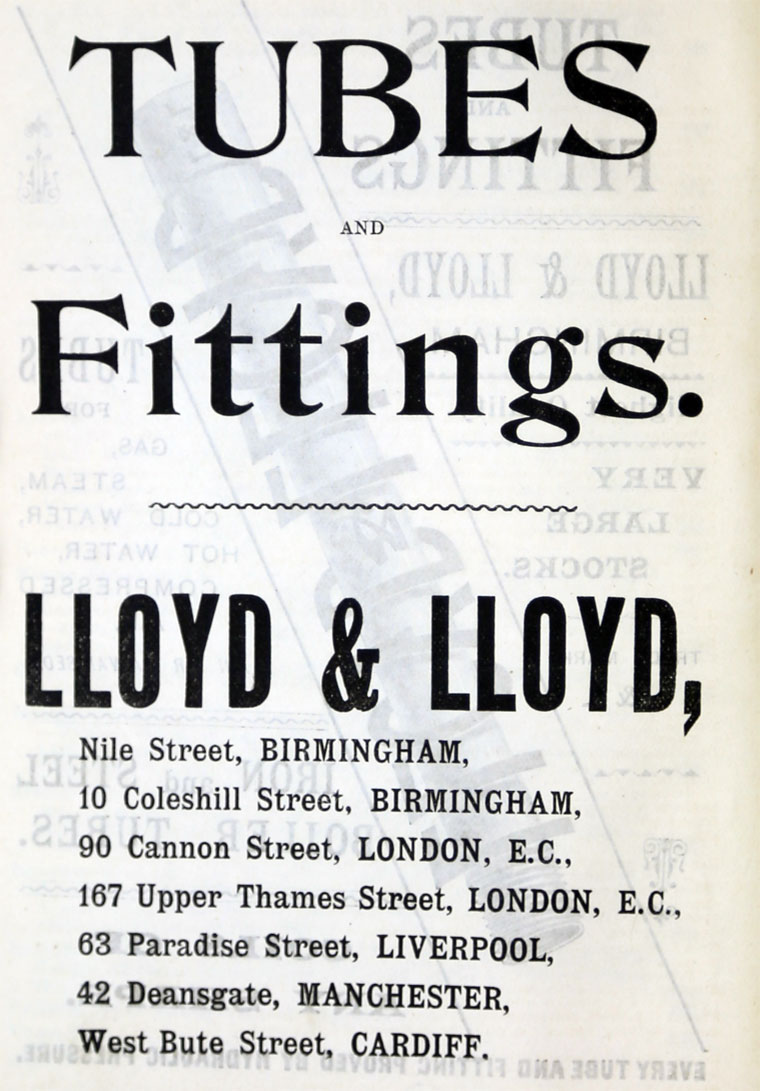 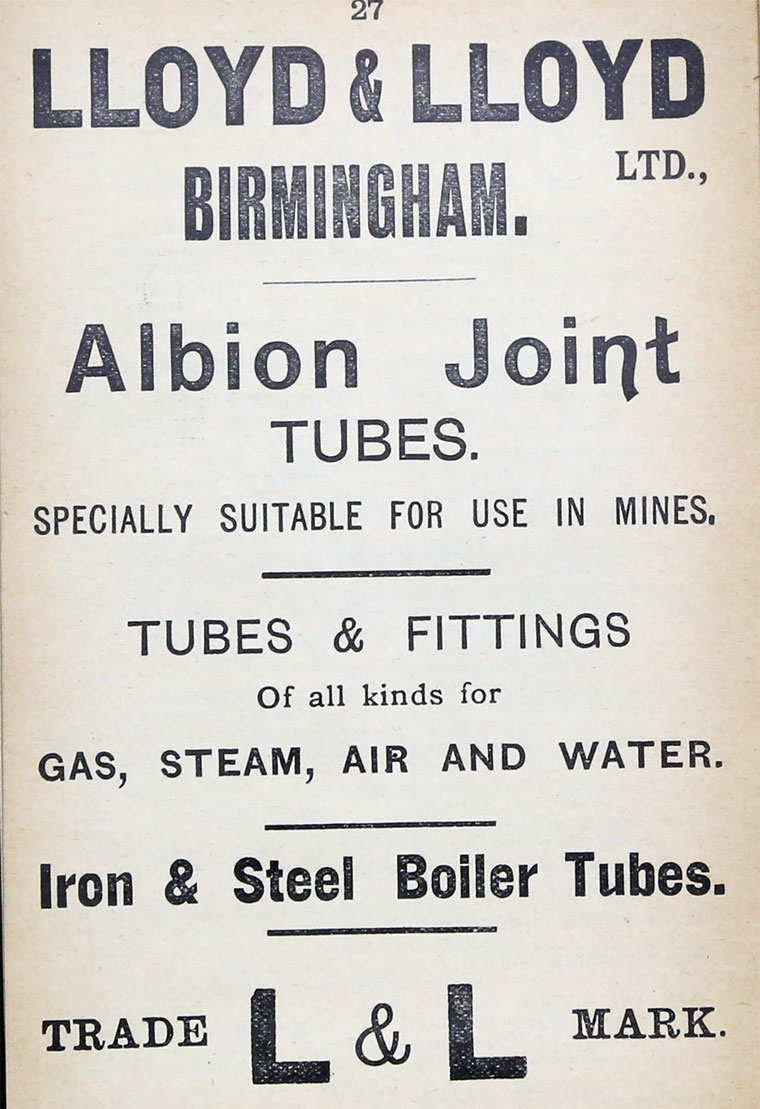 Lloyd and Lloyd of Albion Tube Works, Nile Street, Birmingham, one of the largest iron and steel tube manufacturers in England.

1859 The business of Lloyd and Lloyd, Limited, was founded by Samuel Lloyd, Junior and his cousin, Edward Rigge Lloyd, son of Isaac Lloyd at the Nile Street Tube Works in Birmingham. They manufactured boiler tubes, and were pioneers in the production of large diameter, gas-welded, wrought iron and steel tubes.

1870 they took over Henry Howard and Co, owners of Coombs Wood Tube Works at Halesowen,

1880 Iron ore had been mined in the Corby, Northamptonshire area for some time, when Samuel Lloyd came to the village in 1880 and negotiated the purchase of the mineral rights for the Manor of Corby. Extraction commenced in the following year and the ore was then transported by rail to the Albion Works in the West Midlands.

1898 Samson S. Lloyd was the first chairman of Lloyd and Lloyd when this firm became a Limited Company.

1903 January 1st. A. and J. Stewart and Menzies of Glasgow merged with its English counterparts Lloyd and Lloyd to become Stewarts and Lloyds[2]. John Henry Lloyd of Nile St, Birmingham, was appointed liquidator[3]