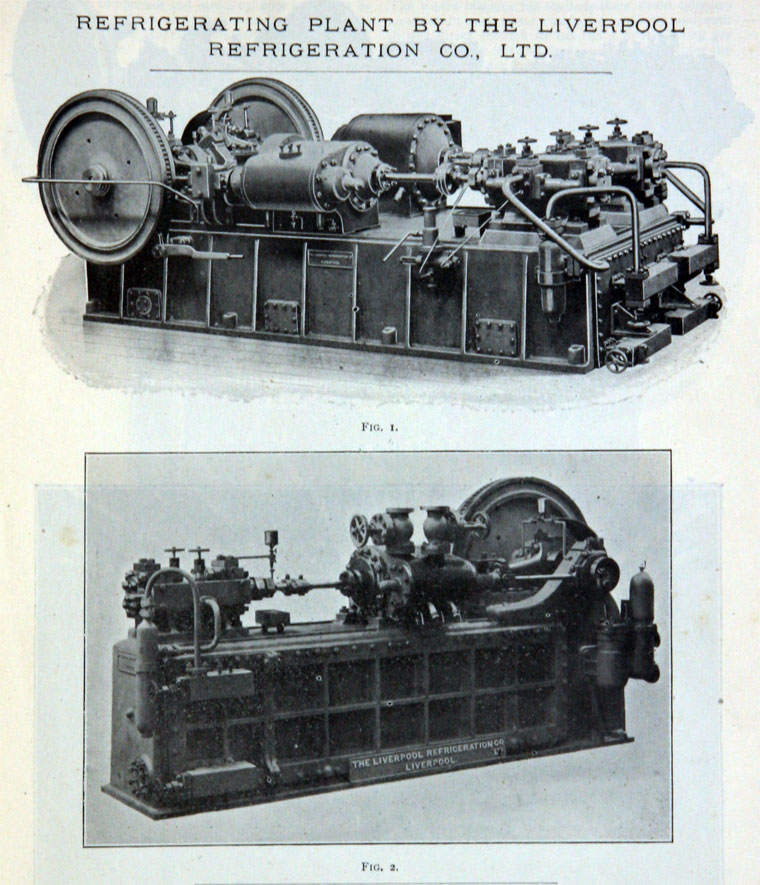 1914. A marine type horizontal steam driven CO2 machine as fitted in the Canadian Pacific Railway steamers Empress of Asia and Empress of Russia. 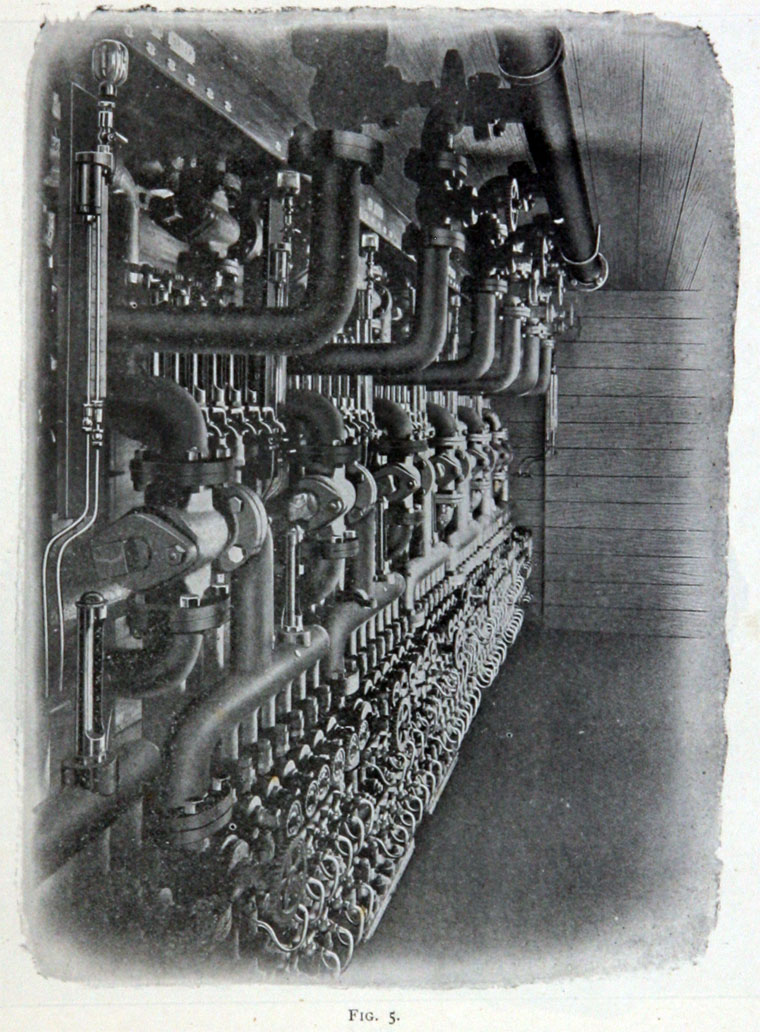 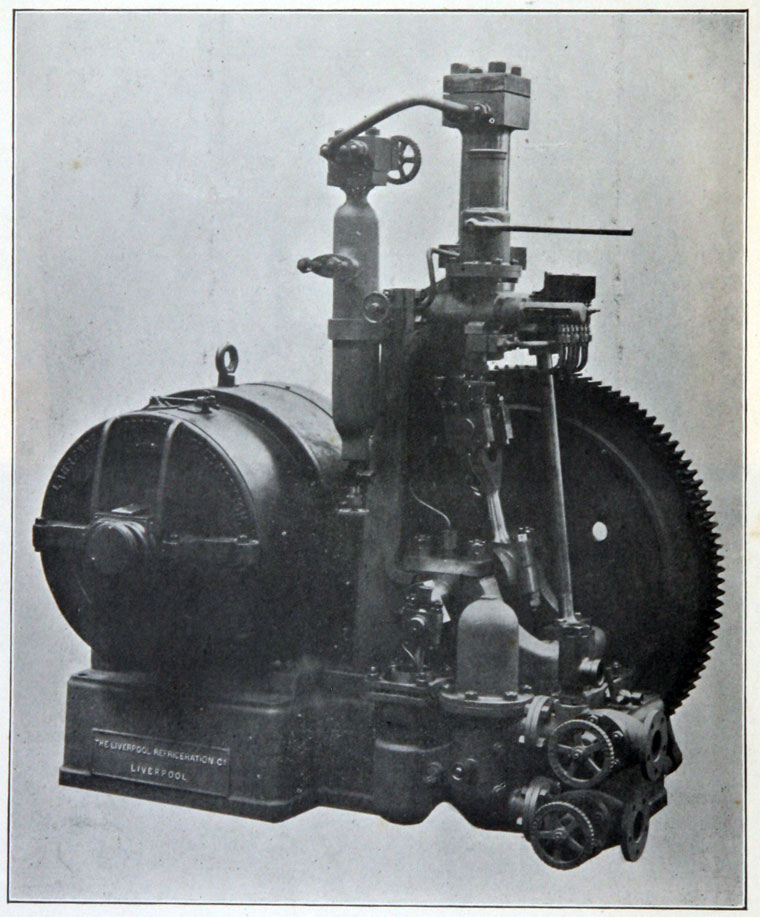 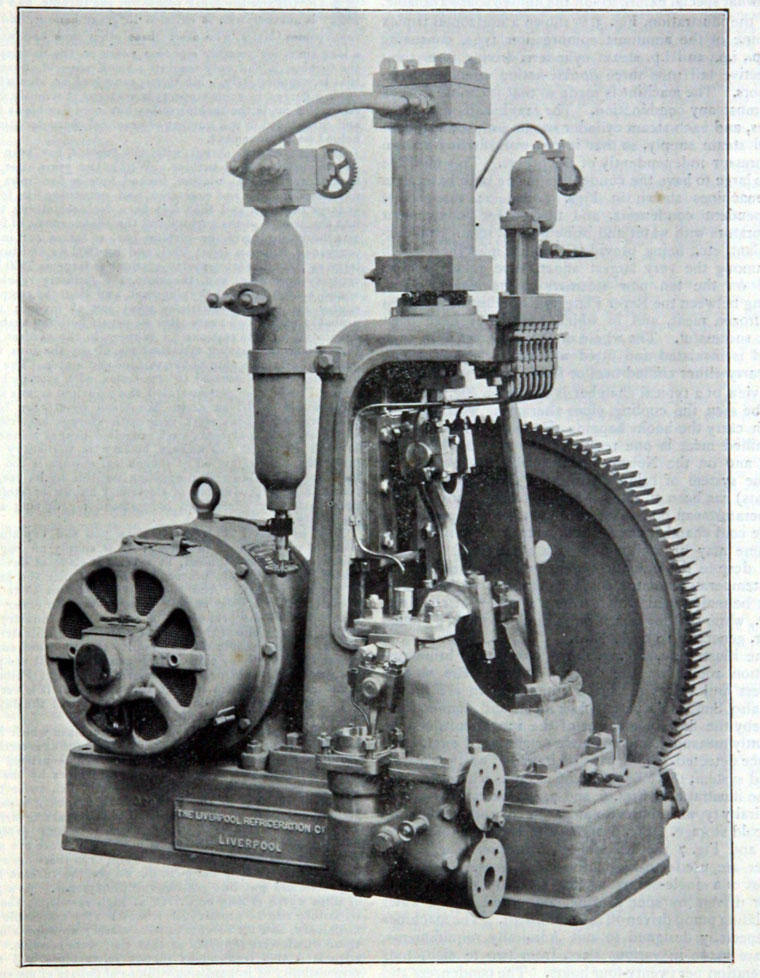 1914. Horizontal triplex machine of the ammonia-compression type consisting of three separate steam cylinders. The crankshaft was in three pieces each with its own initial steam supply. 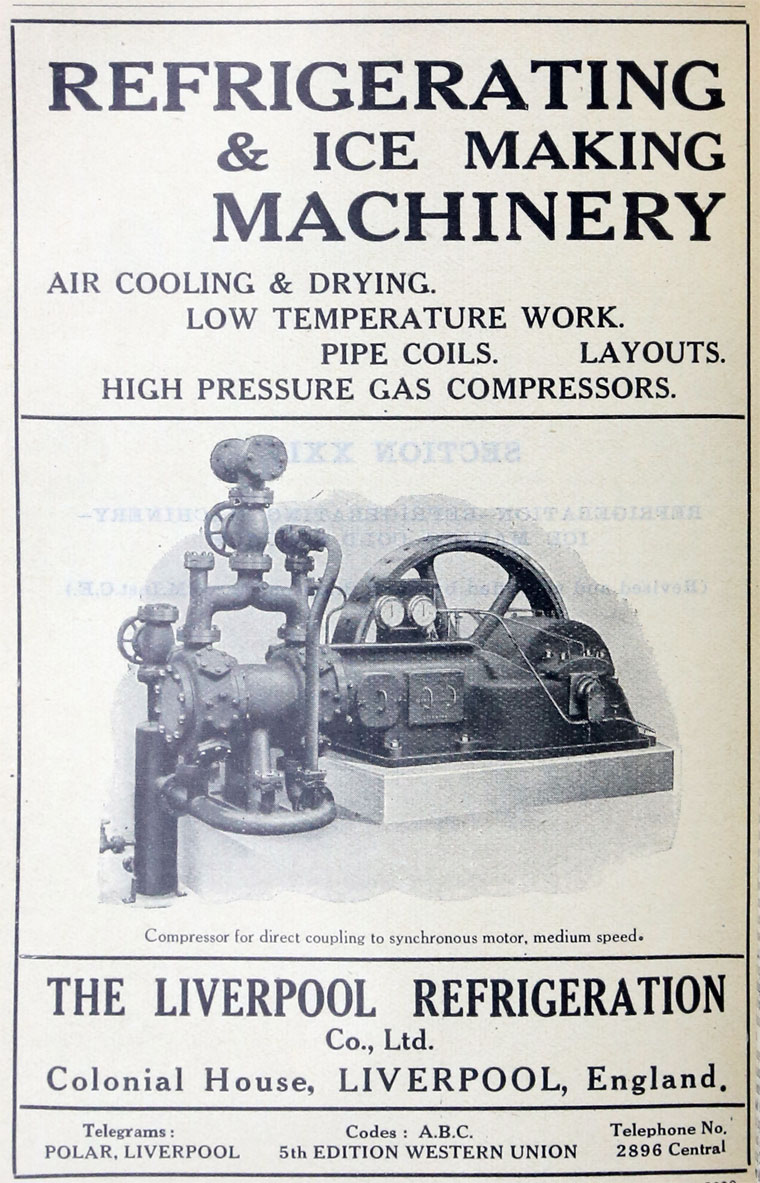 of Colonial House, Water Street, Liverpool and their works at Coalbrookdale and Warrington

1897 Company established. Acquired the designs and resources of the Kilbourn Refrigeration Company whose compressor works were at Coalbrookdale, Salop, and whose coil and tank works were at Warrington.

1920 purchased the site at Warrington

1921 Works transferred to the new site.

1927 took control of Messrs. H. J. West and Company, of Saxilby, whose founder had commenced refrigeration work in 1851. Further premises were built at Warrington

1927 Advert for gas compressors and condensers. [2]

1938 Petters acquired 90% of shares of Liverpool Refrigeration and Engineering Co.