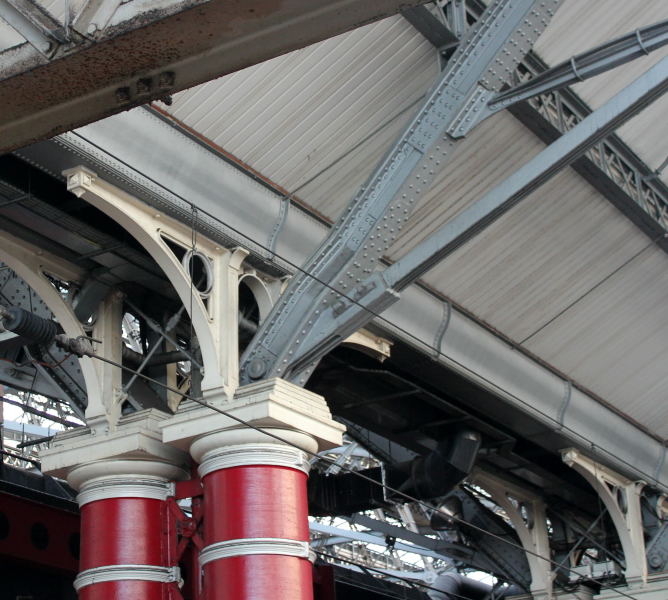 Junction of southern and northern roofs 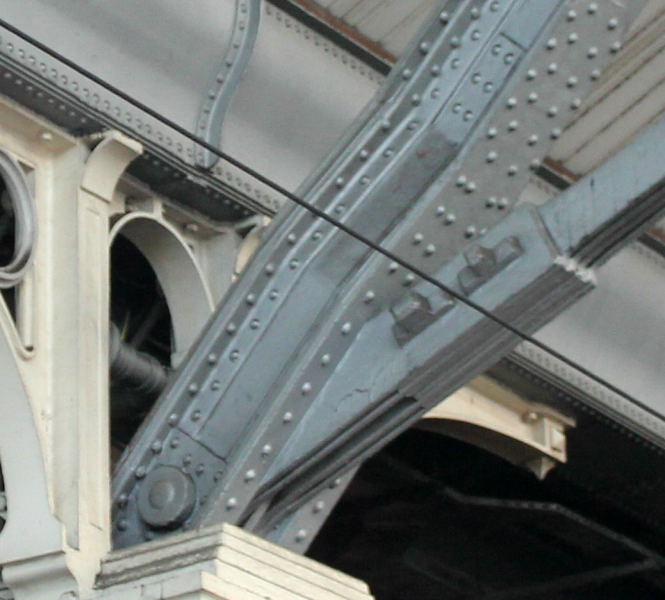 The 1836 station building had a glazed wooden roof supported by iron columns.

The station was enlarged in 1848-50, with an impressive glazed curved wrought iron roof supported by cast iron columns interconnected by arched cast iron members. The span was 153 ft 6 in., and the extreme length was 374 ft, being curved in plan. The structure was designed and constructed by Richard Turner at Hammersmith Iron Works in Dublin. He provided a description in an I.C.E. Paper[1]. The design proposals examined by William Fairbairn and by James Kennedy of Clarence Foundry. Joseph Locke oversaw the load testing.

In 1868 the station was reconstructed, the iron train shed being replaced by one of greater length and c.200 ft span, and a large hotel was built at the western end. The Engineer was William Baker.

In 1878 another shed was added at the south side. Viewed in plan, the roofs are curved and also tapered, greatly adding to the difficulties faced by the designers. The span of the northern roof varies from 185 to 215 ft, while that of the southern roof is between 170 and 195 ft.[2]