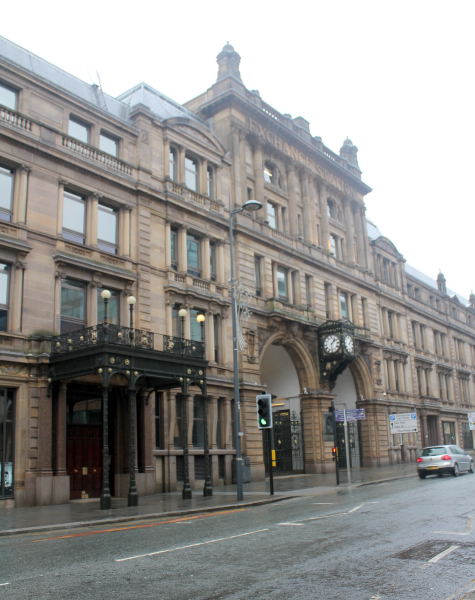 As built, the train shed had an impressive iron roof designed by John Hawkshaw, with a span of 136 feet span at the widest end, and 128 feet at the narrowest end, the total length being 638 feet. It was regarded by Gustave Eiffel as the most important structure of its type.[1]. For more information, see Liverpool and Bury Railway.

It was enlarged and extensively rebuilt in 1886-8.

The station was closed in 1977, and the train shed was subsequently demolished, but the imposing frontage has been retained as part of an office development called Mercury Court. The trackbed is now used as a car park, and the brick approach viaduct remains.

The station clock has been restored, and the clockwork mechanism can be seen in the entrance foyer.