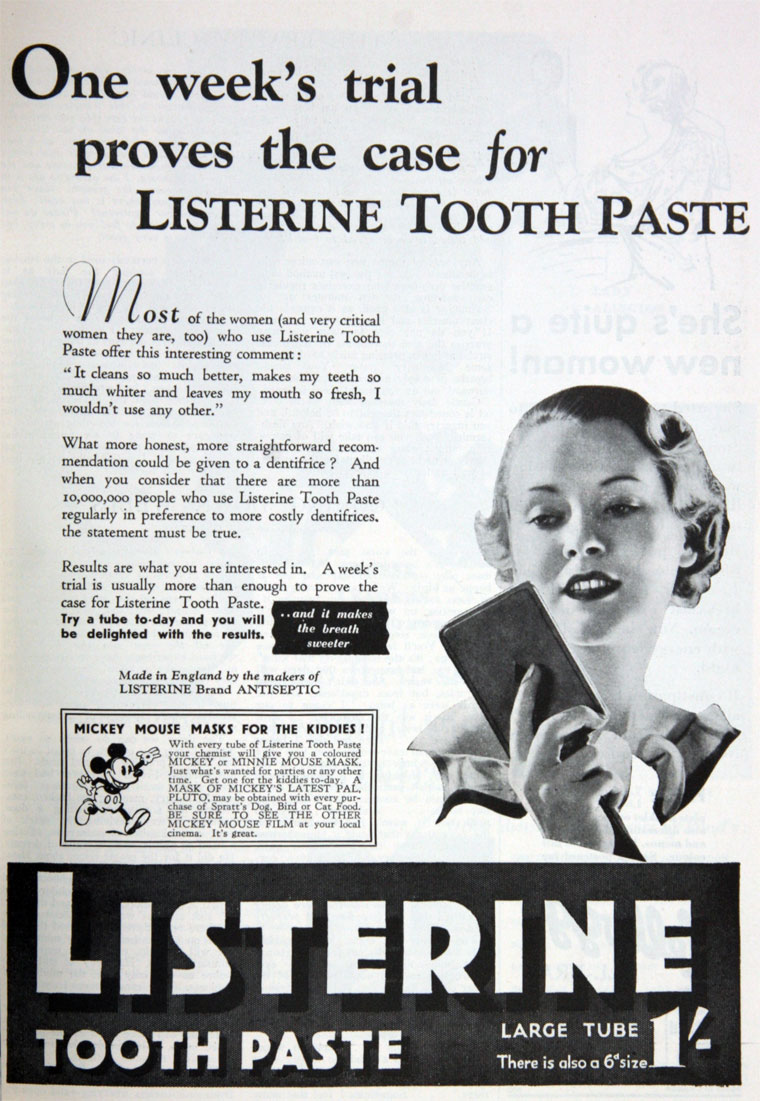 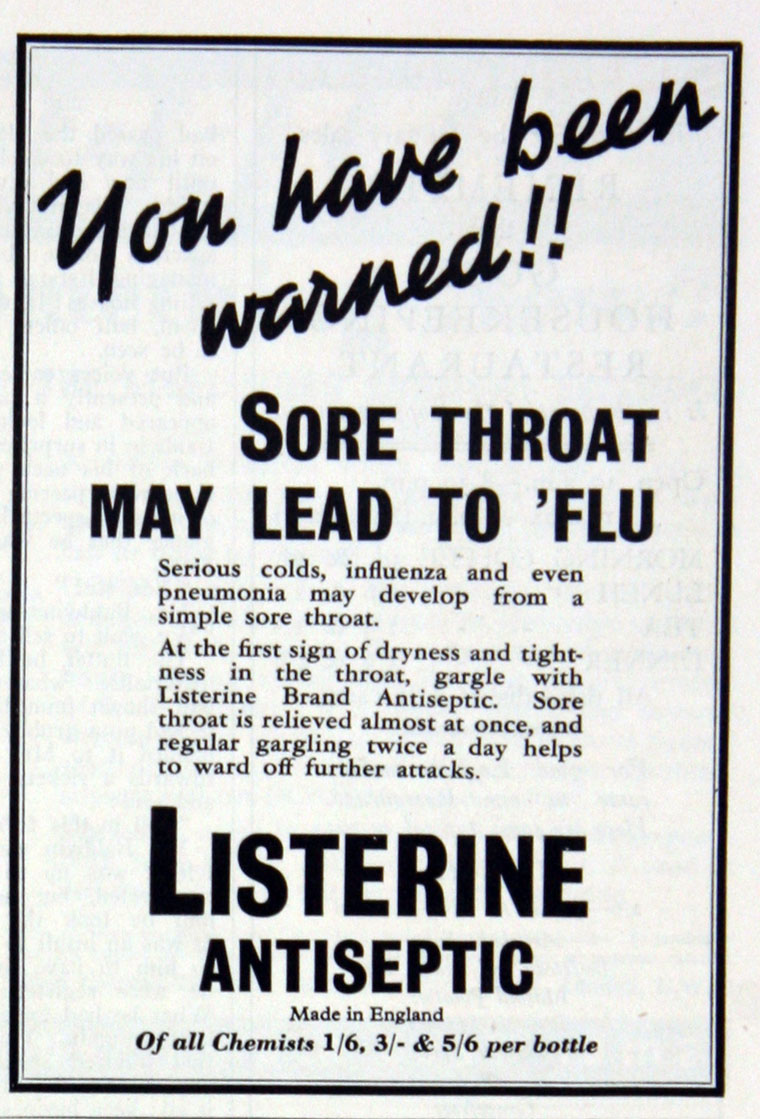 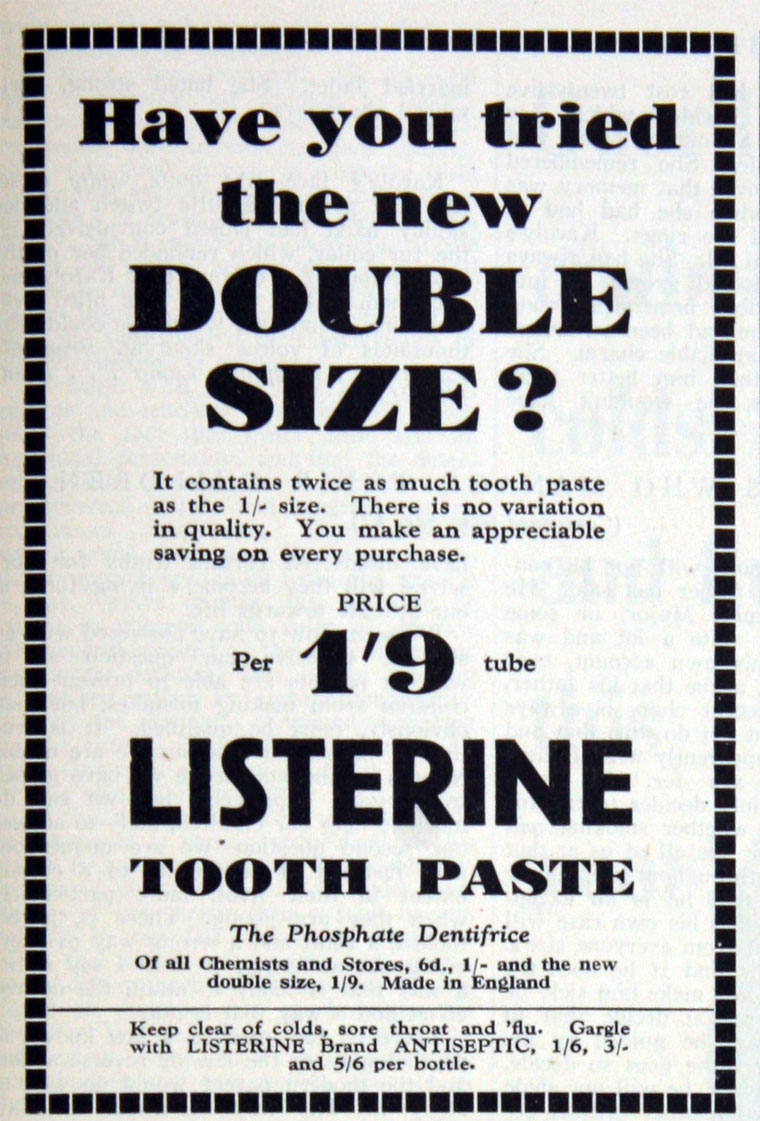 Listerine is a brand name for antiseptic mouthwash. Its original formula has a notoriously strong flavour, although variations have been released that are marketed as tasting milder. The product is marketed under the slogan "Kills germs that cause bad breath".

First formulated by Dr. Joseph Lawrence and Jordan Wheat Lambert in 1879 as a surgical antiseptic. The mouthwash was named in honour of Dr. Joseph Lister, an English surgeon, a pioneer of antiseptic surgery.