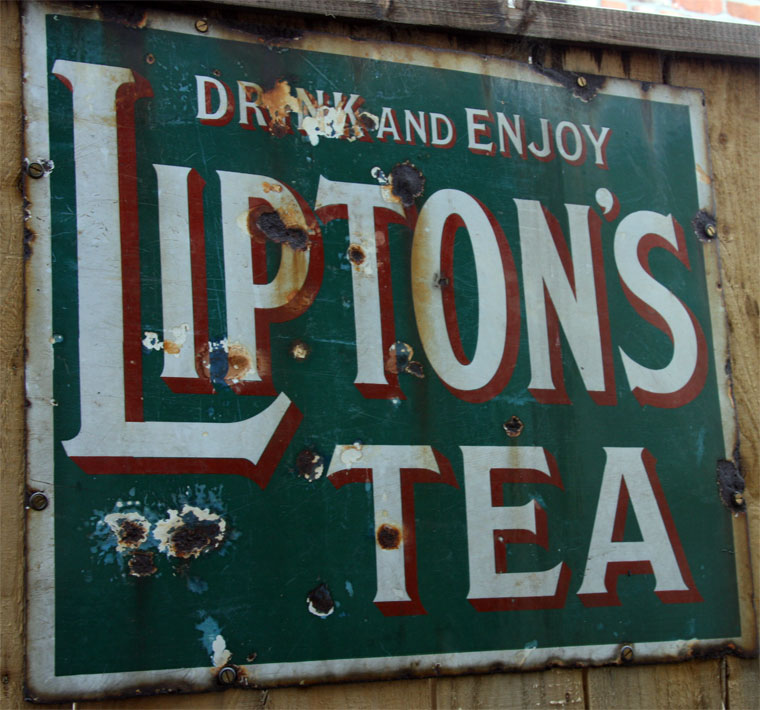 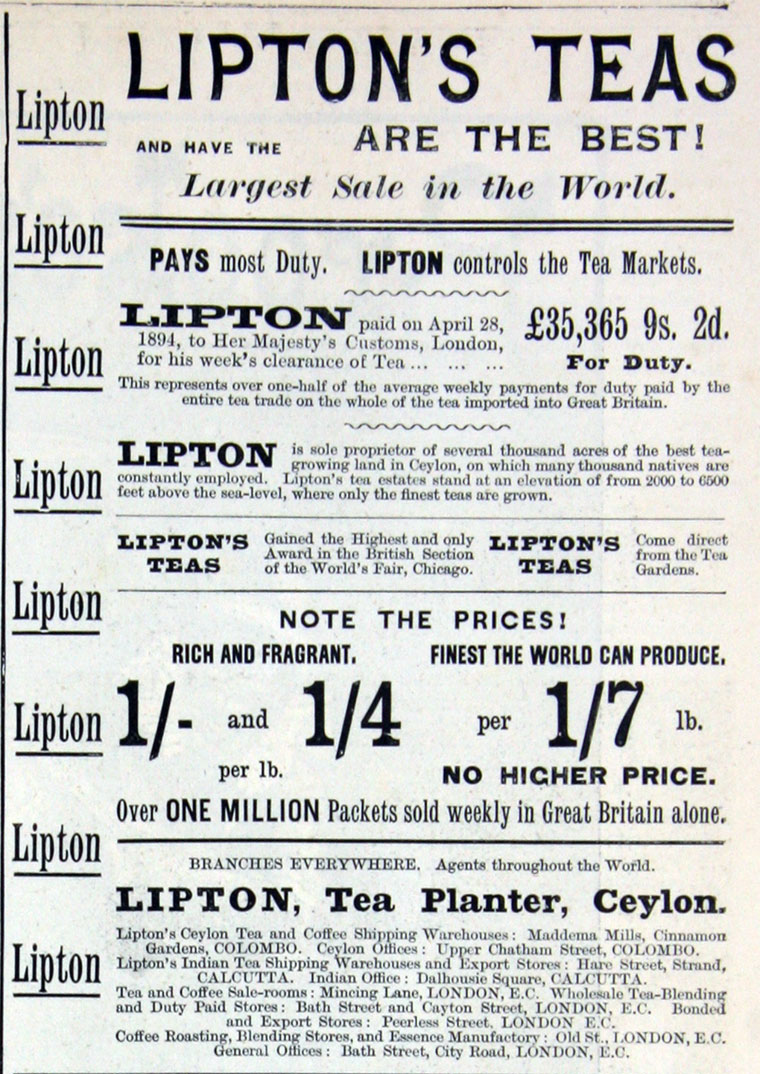 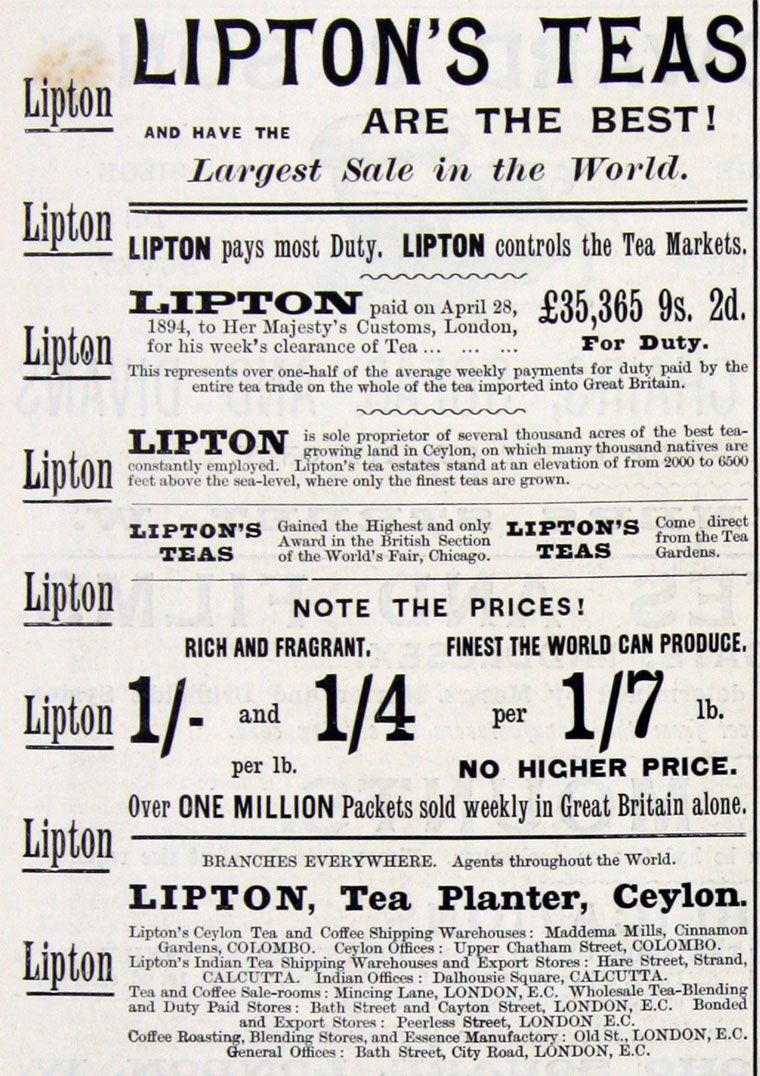 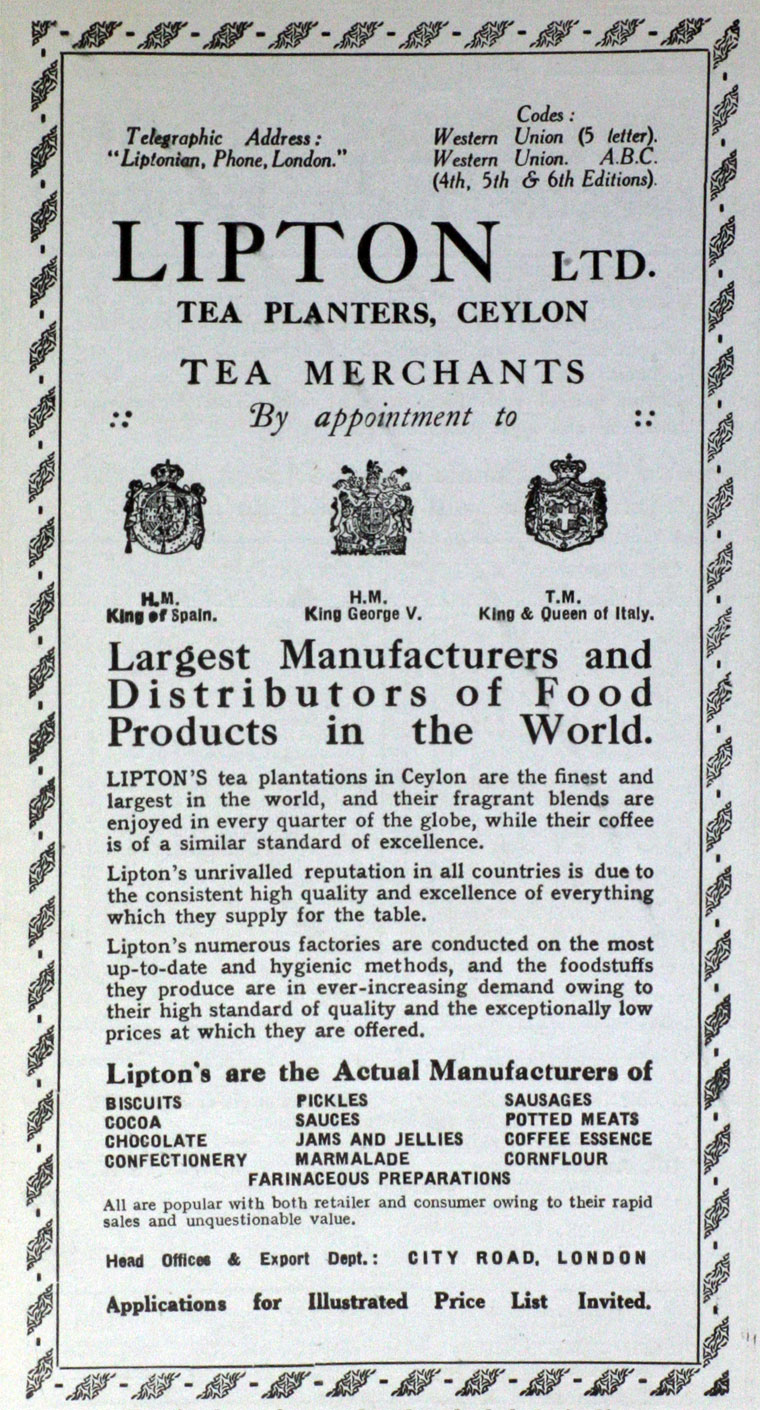 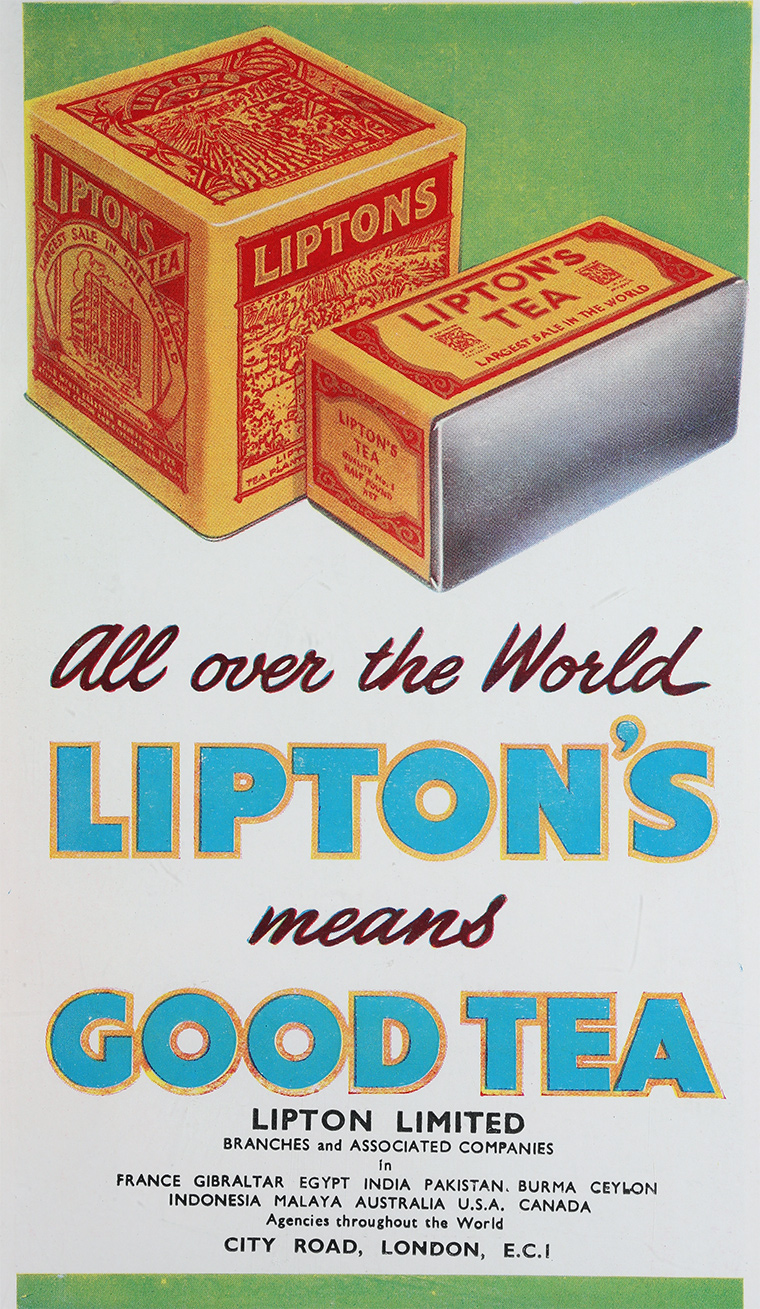 1888 Thomas Lipton (1848-1931), who had begun business life with his own stores, entered the tea trade and opened a tea-tasting office, by-passing traditional trading and wholesale distribution channels (most UK tea-trading was focused in London's Mincing Lane) in order to sell teas at unprecedented prices to the untapped poor working class market. In order to provide his shops with goods, Lipton bought plantations and in doing so - amongst other things - he established the famous Lipton tea brand.

1890s Thomas Lipton visited Sri Lanka (Ceylon), and made business deals with James Taylor the man who introduced tea plantations to Sri Lanka. Lipton's company purchased good quality tea from Sri Lanka and distributed it throughout Britain in Liptons Stores and Europe and the USA.

1898 The company was registered on 3 March, to take over the provision supplying business in Great Britain of Sir Thomas J. Lipton, with tea growing estates in Ceylon and factories and warehouses in London and elsewhere. [1]

1929 Allied Suppliers was formed as a purchasing company for various tea interests; it acquired the tea blending and packing interests of Home and Colonial Stores, Lipton, Maypole Dairy Co, Meadow Dairy Co and Pearks Dairies and would carry on business as warehousemen and provision merchants[4]

1972 The tea business was acquired by Unilever making its own tea business one of the largest in the world.[7]