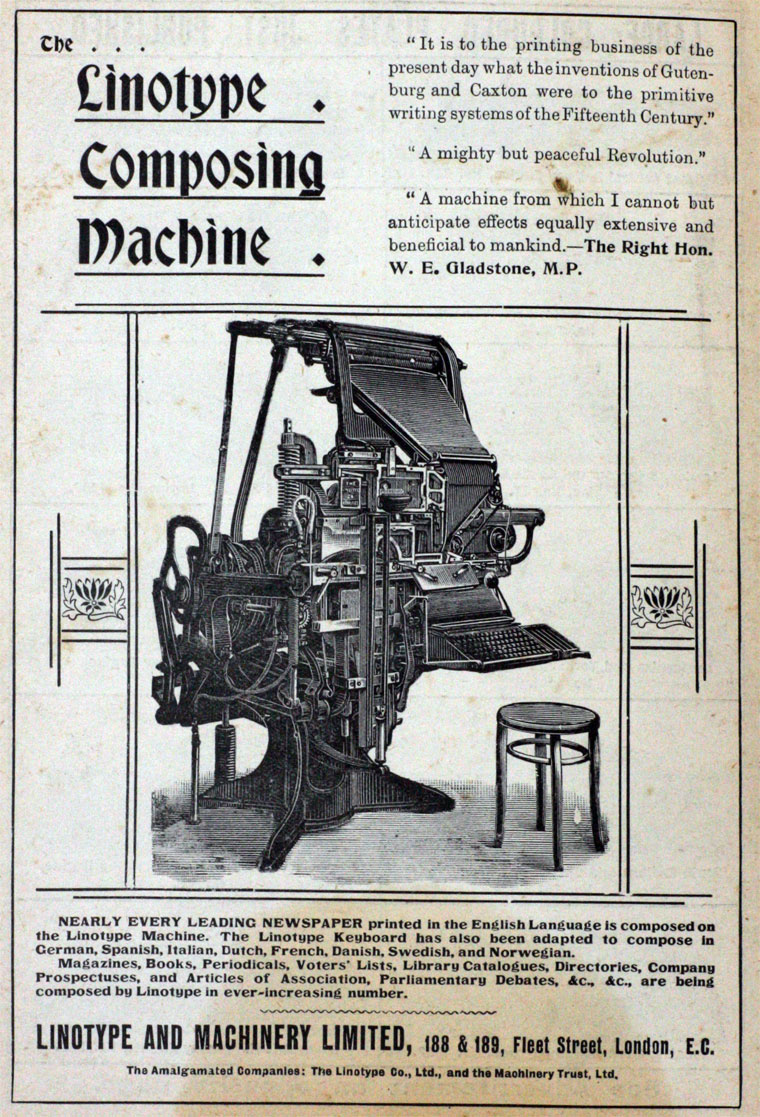 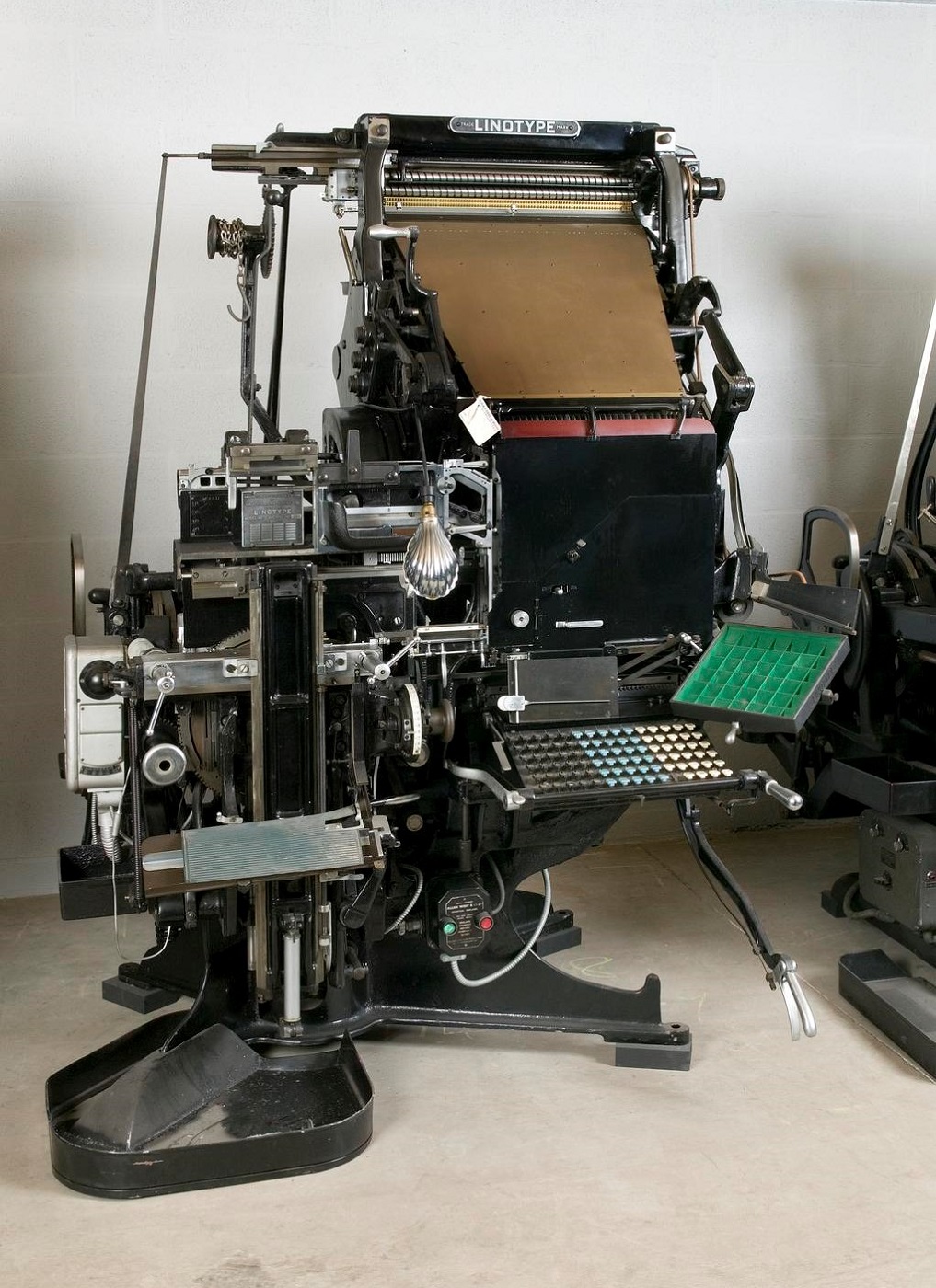 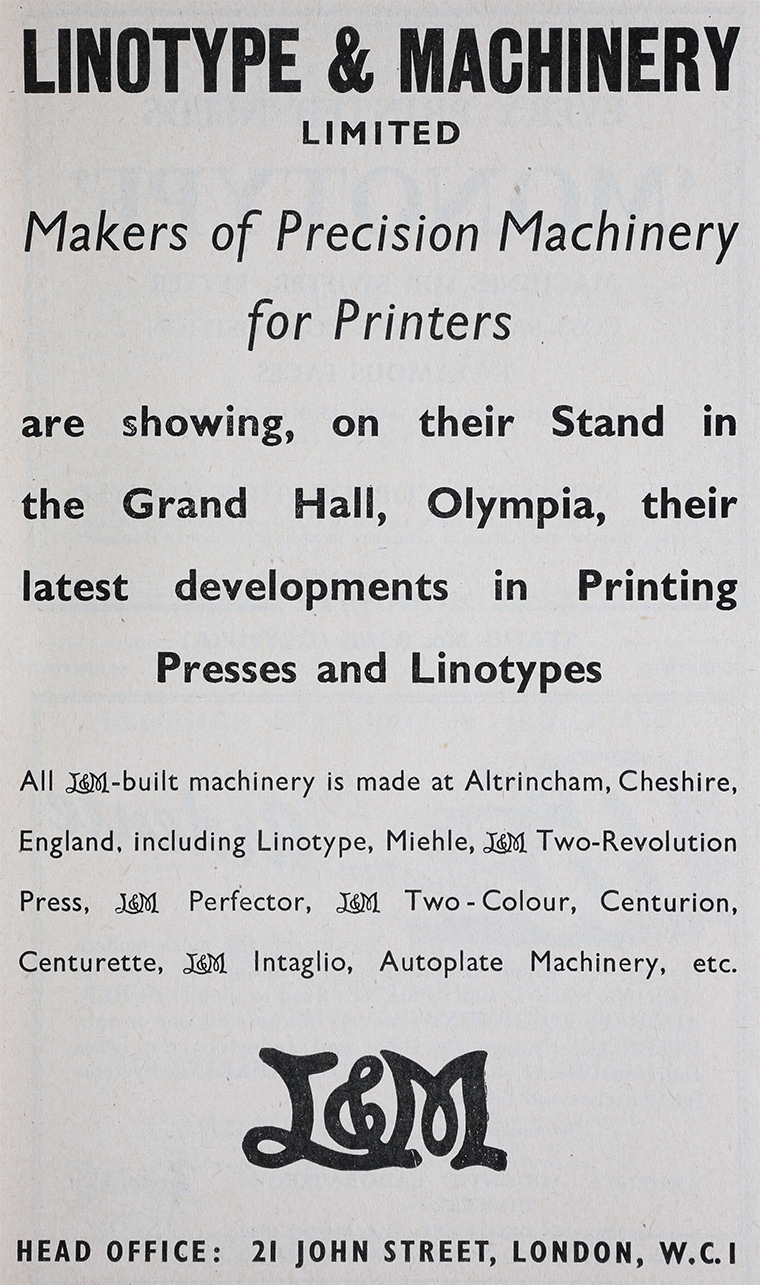 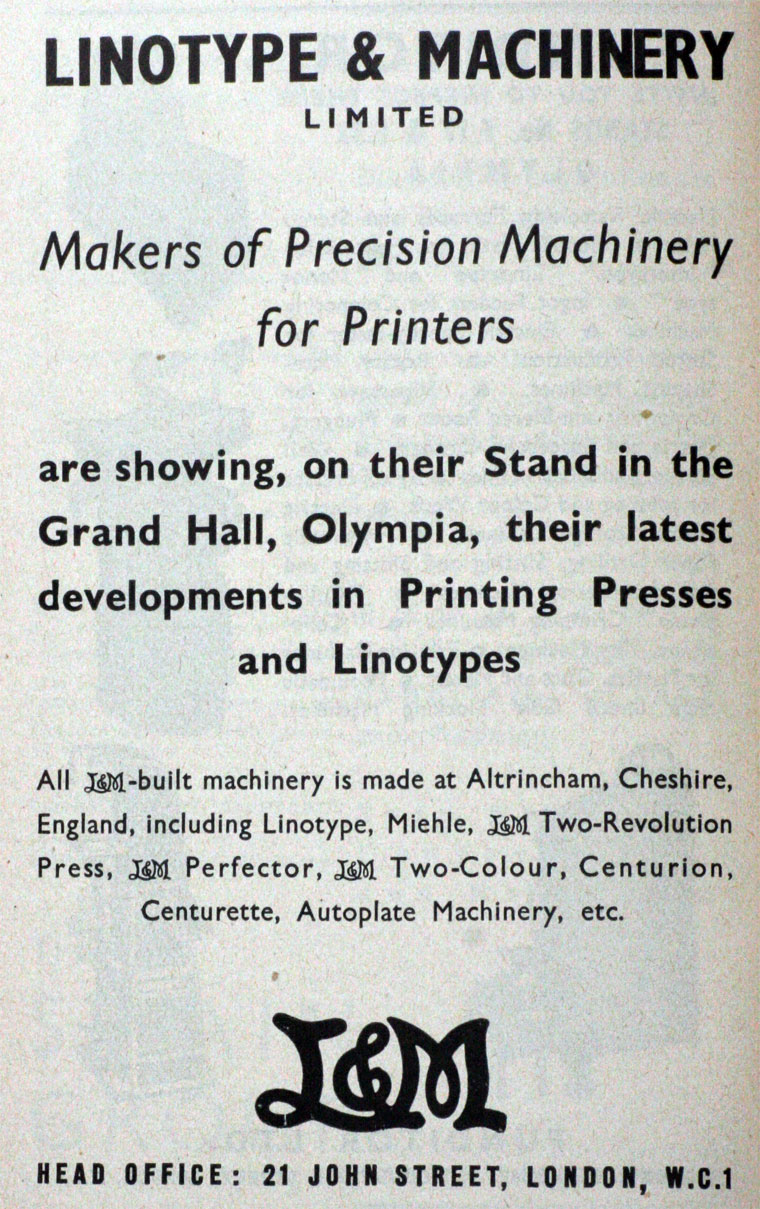 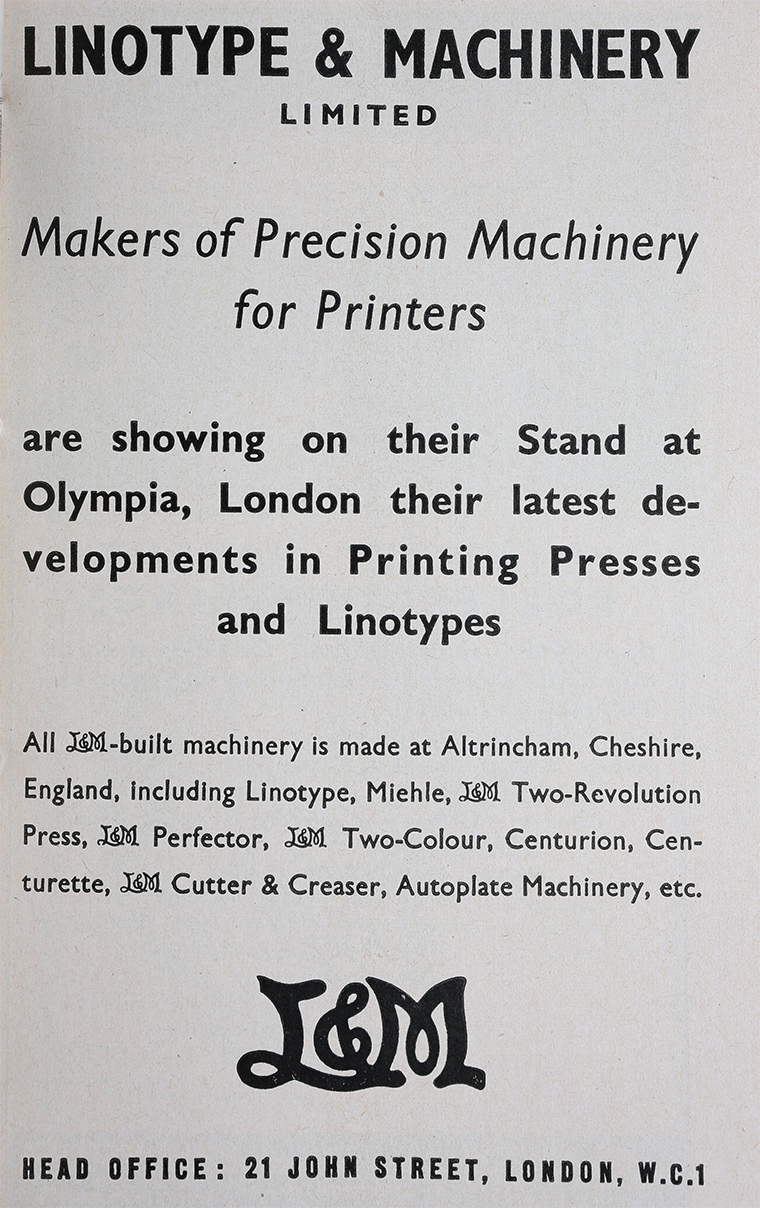 1903 Public company. The company was registered on 11 August, to amalgamate the Linotype Co and the Machinery Trust. [1]

WWI. At the outbreak of the First World War, it was estimated that there were 30,000 linotype machines in operation across the world.

1914 L and M were particularly proud of the fact that the Vatican installed four linotype typesetting machines.

During both world wars, L and M made munitions, gun parts, aeroplane engines, and tank parts.

During the 1960s, the company started to investigate the use of computers.

1983 The American company retained the name 'Linotype', while the British company adopted L and M' as its official name in 1983.

2001 The company still existed, manufacturing machinery such as printing presses and stitching machines. As sales fell, the company structure was altered. The company at Broadheath was divided into separate groups, each responsible for different products, entirely based in Manchester.