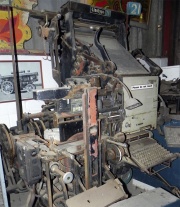 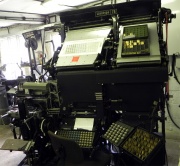 1889 The Linotype Co was formed by the publisher Joseph Lawrence, founder of the Railway Magazine. [1]

Lawrence first saw linotype printing in action on a visit to the United States. The linotype machine had been developed by the German watchmaker Ottmar Mergenthaler. It helped to solve a problem for stenographers - how to produce good copy that could be read easily from shorthand notes. Most methods were slow and expensive. Mergenthaler is usually credited with solving the stenographers' problem. The new machine cut down on labour and saved space. It was also much faster than other machines and thus enabled newspapers and periodicals to increase production.

In 1889, Lawrence and Stilson Hutchins, a representative of the American manufacturer, the Mergenthaler Linotype Company, brought three experimental machines to England. These caused great interest amongst the printing and newspaper industries.

1895 Lawrence became chairman of the Linotype Co and remained as such until his death in 1919.

The company acquired property in Hulme Street, Oxford Road, Manchester, and began to make its own machines. Manchester had an abundance of skilled labour and had good rail and canal networks for transporting raw materials, such as iron and coal, and for distribution of the completed machinery.

1899 As the company became more successful, the Hulme Street factory became crowded. Linotype purchased land at Broadheath, Altrincham for a new factory, which was formally opened by Lady Kelvin in 1899.

In 1903, the company became known as the Linotype and Machinery Co (commonly shortened to L and M) when it amalgamated with the Machinery Trust.