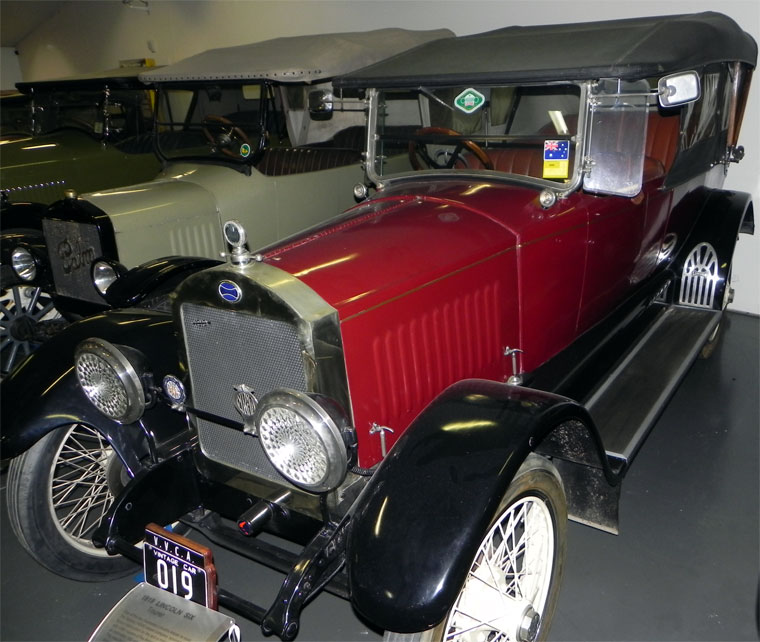 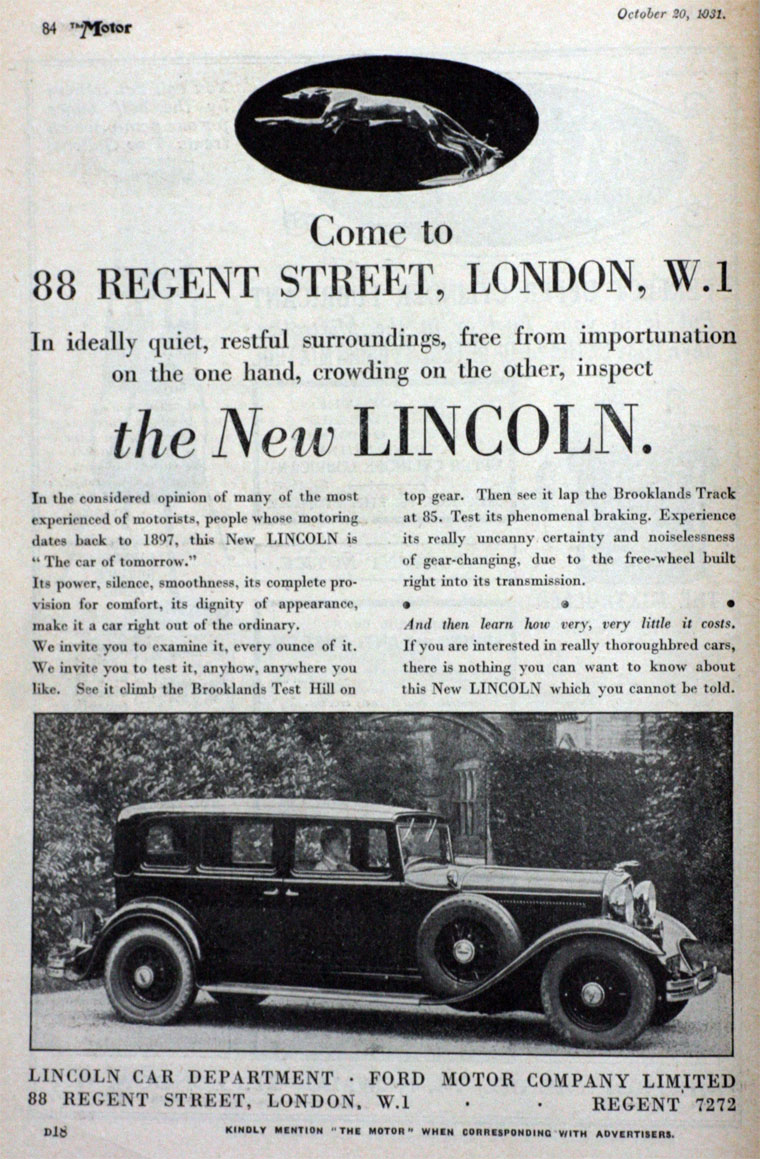 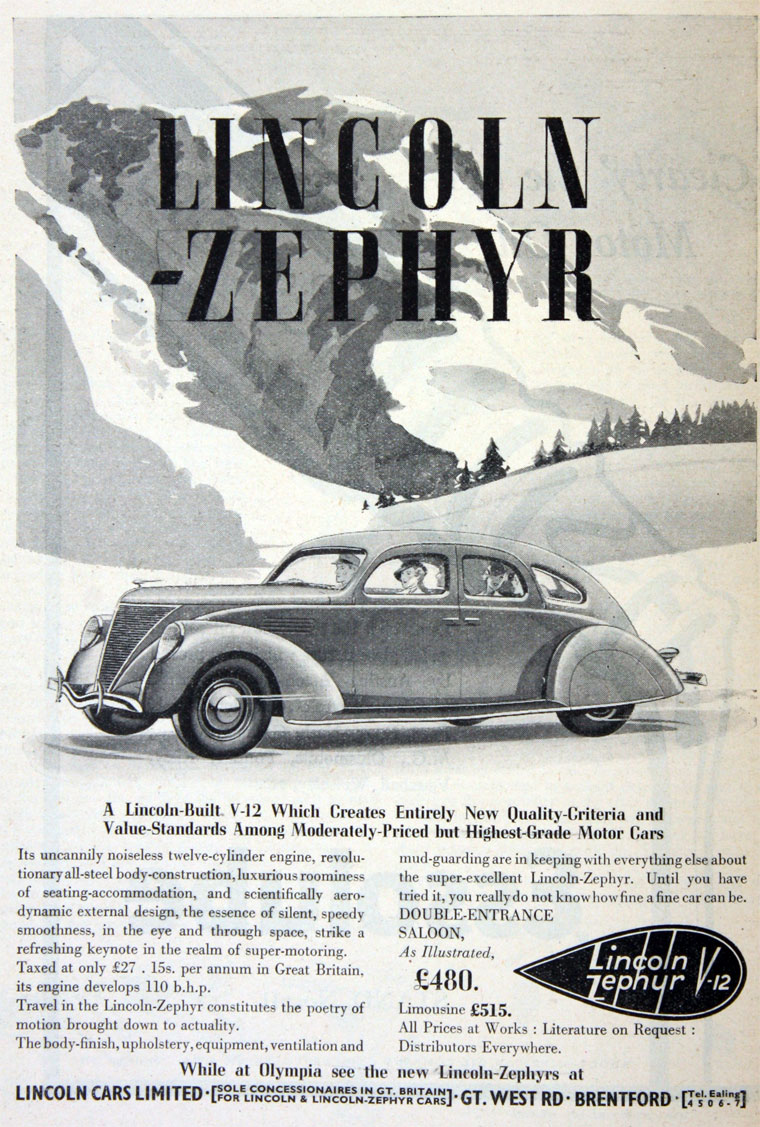 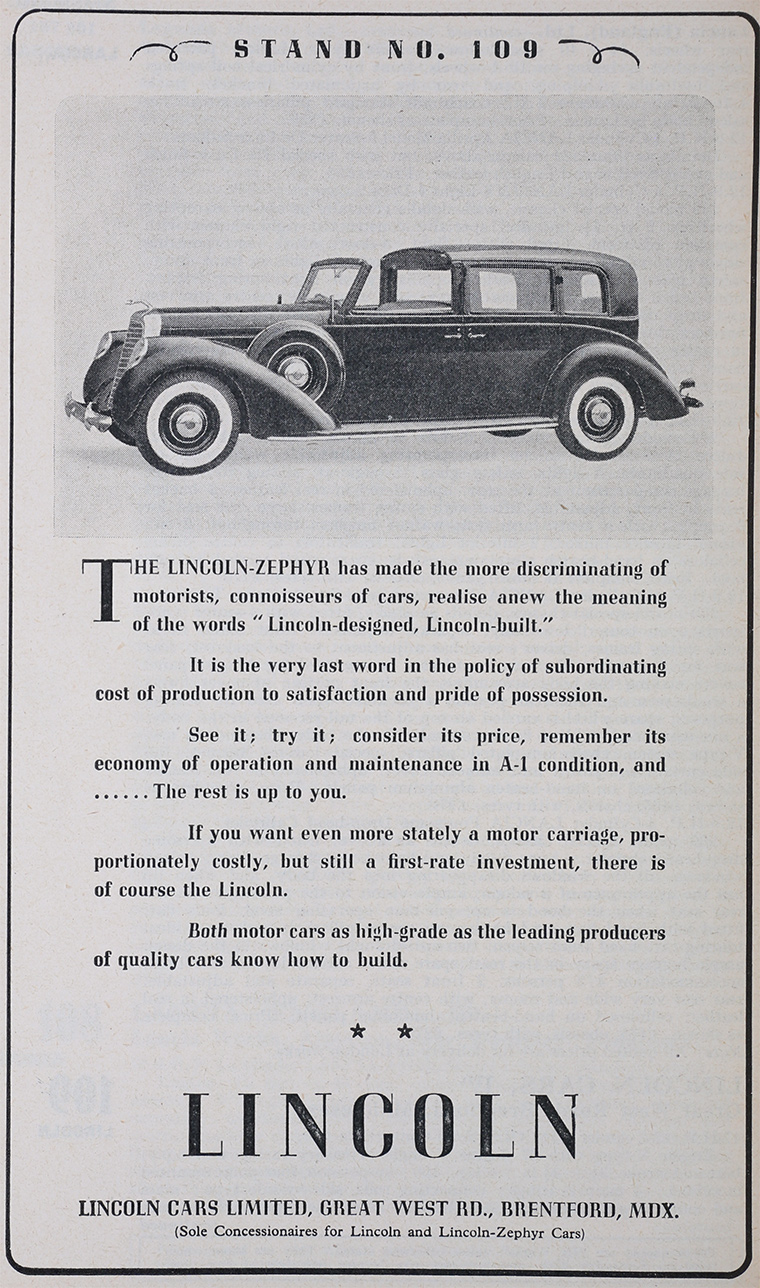 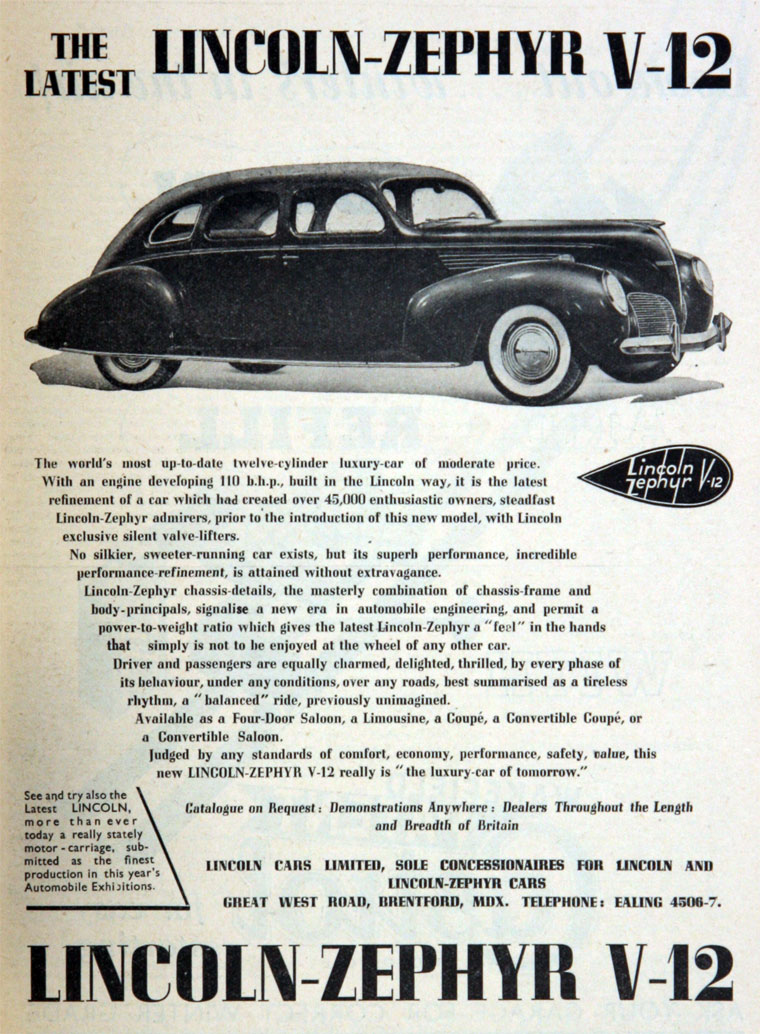 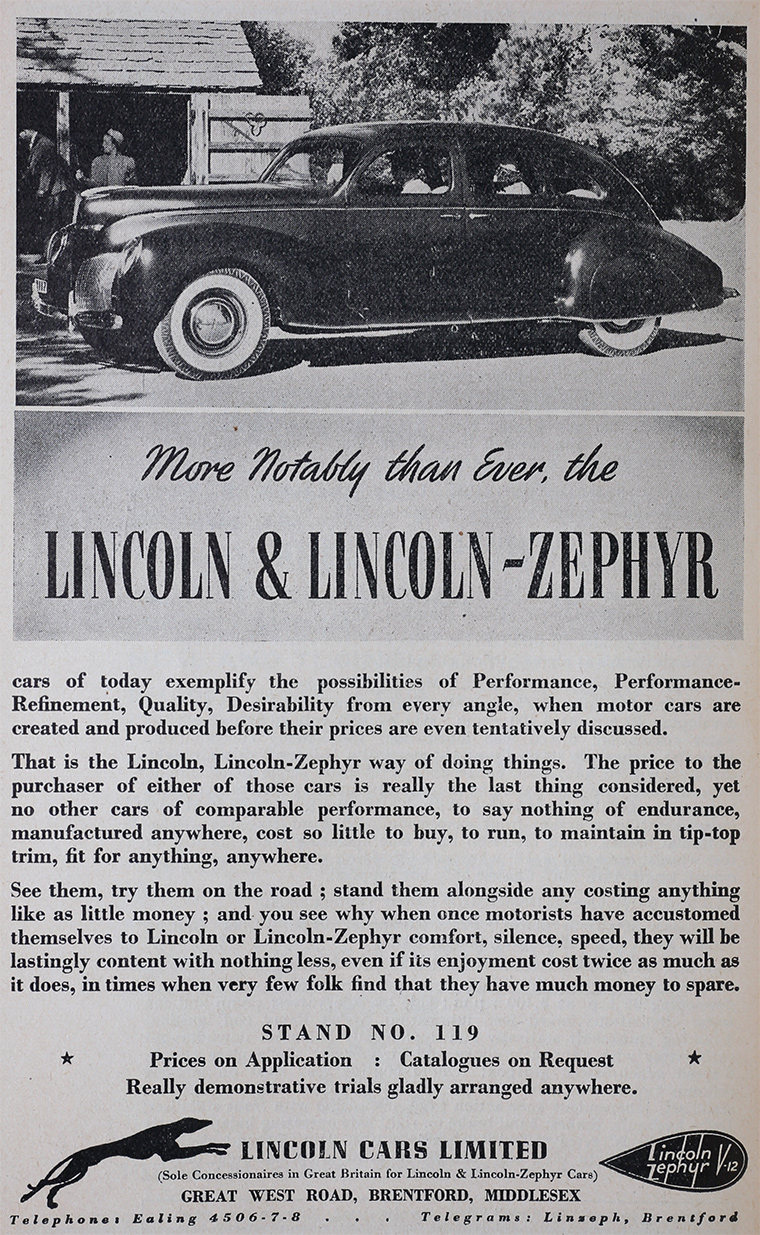 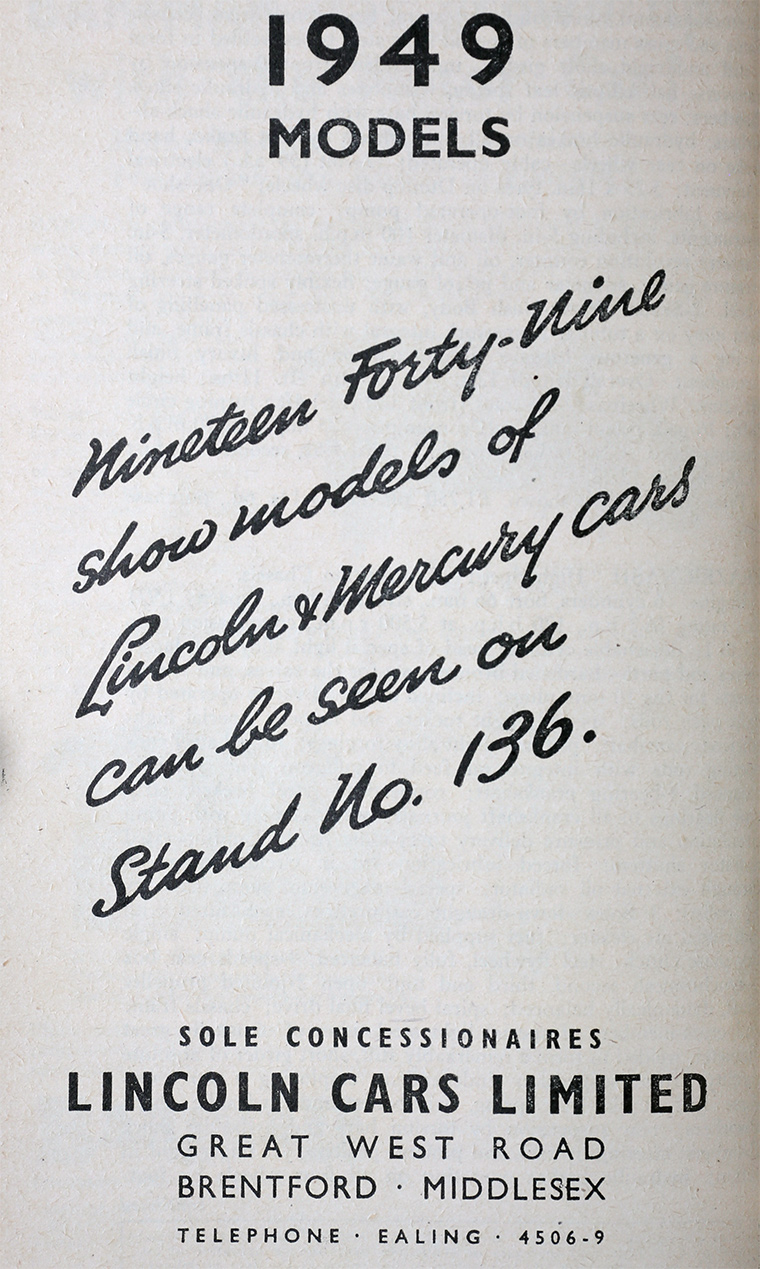 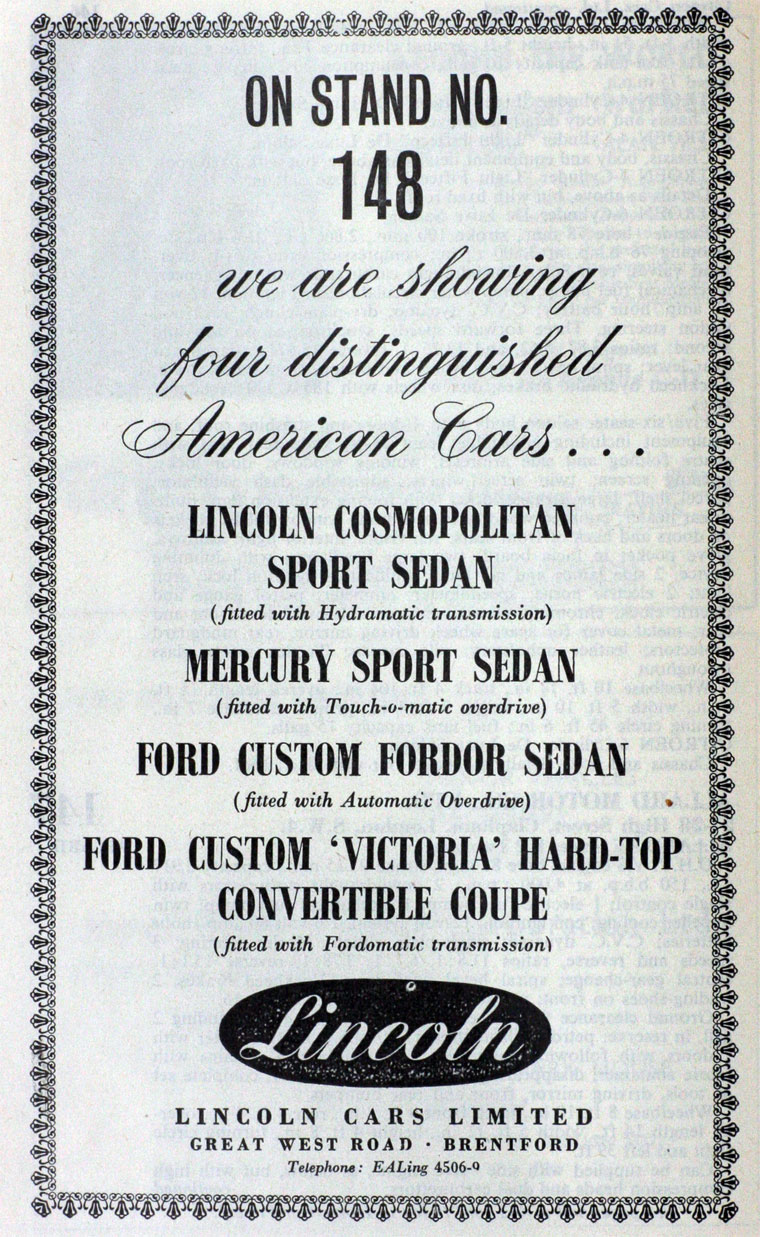 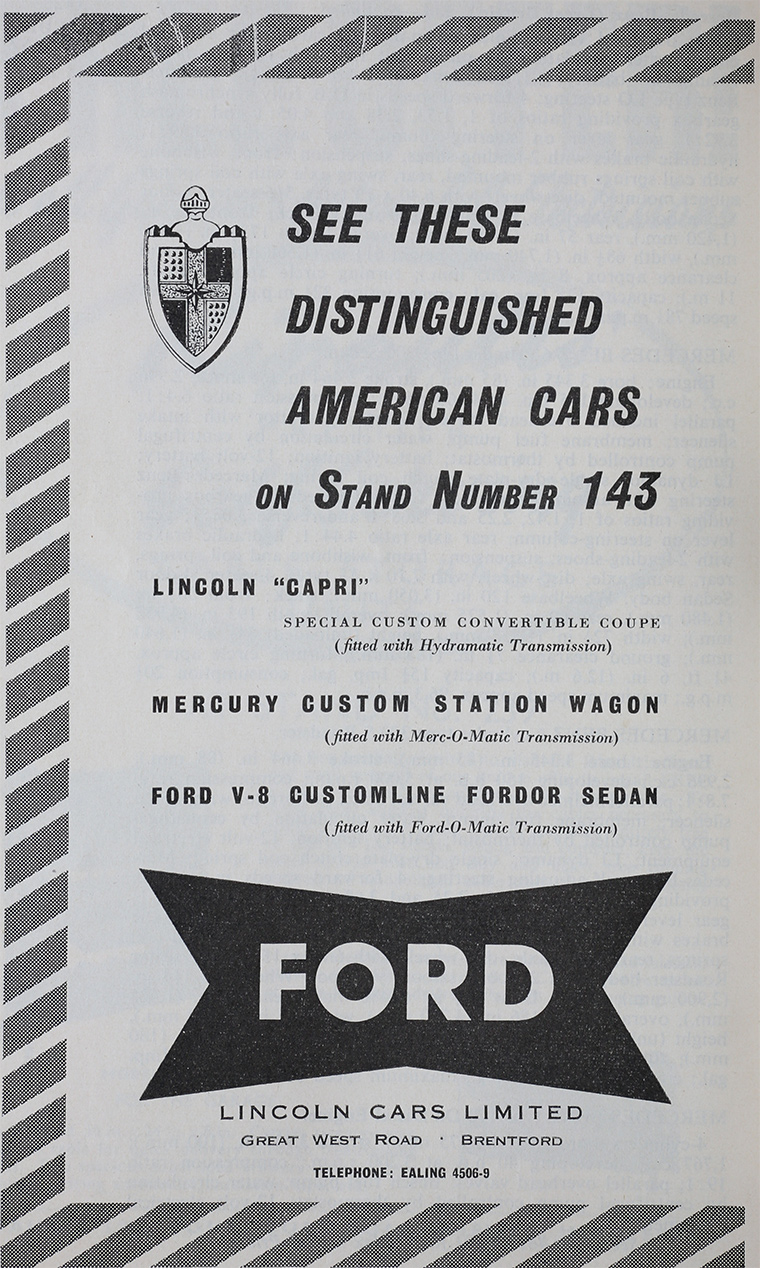 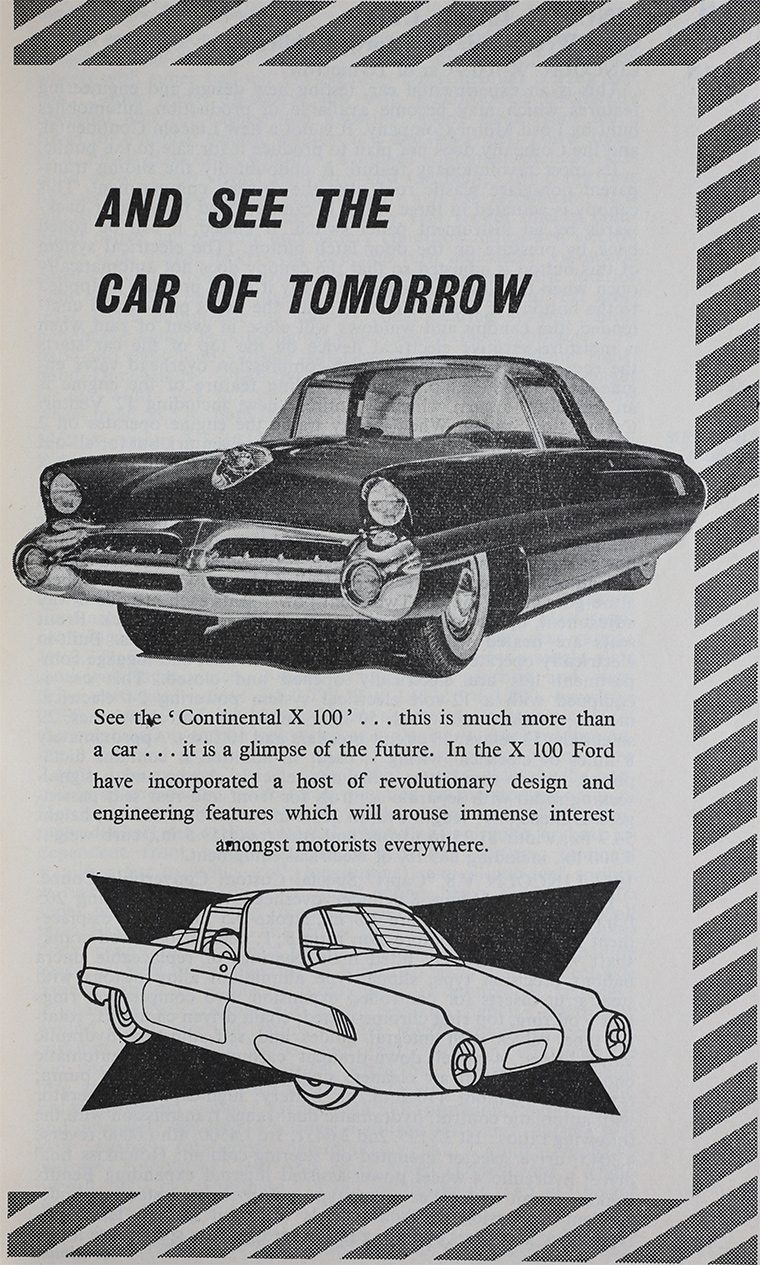 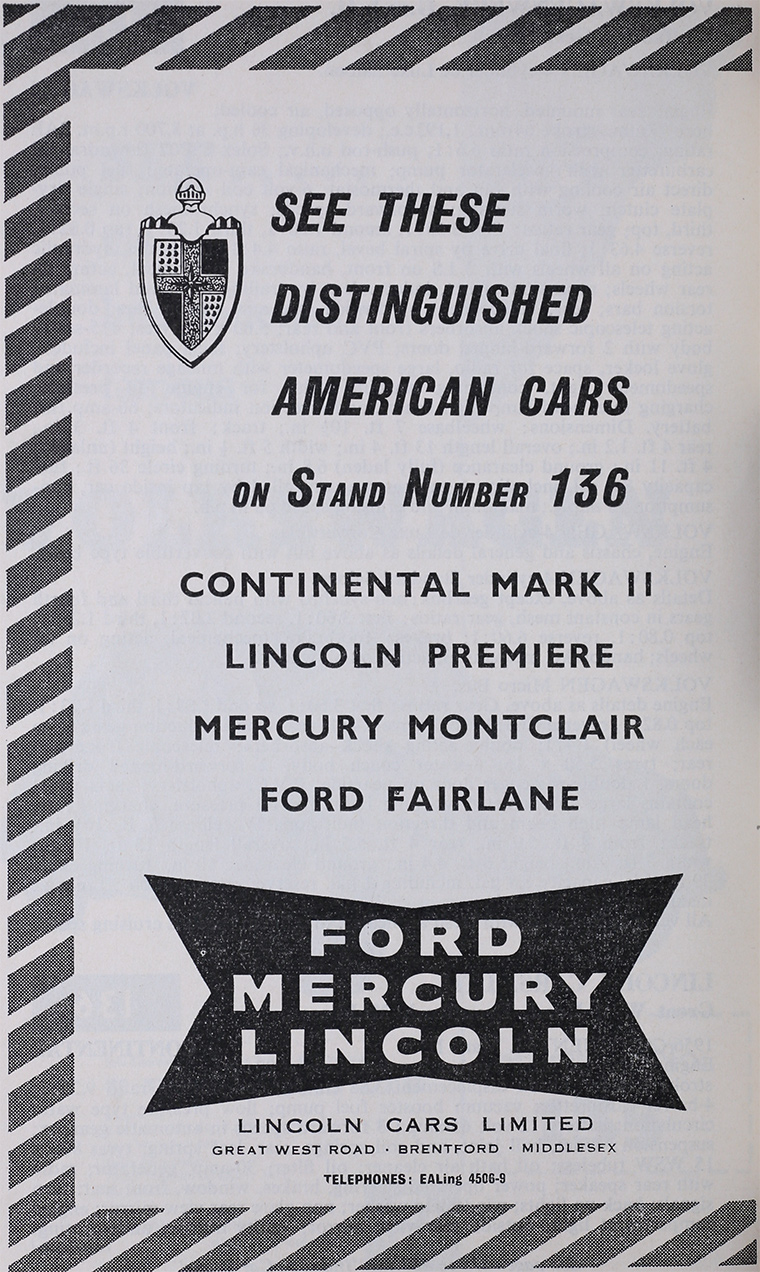 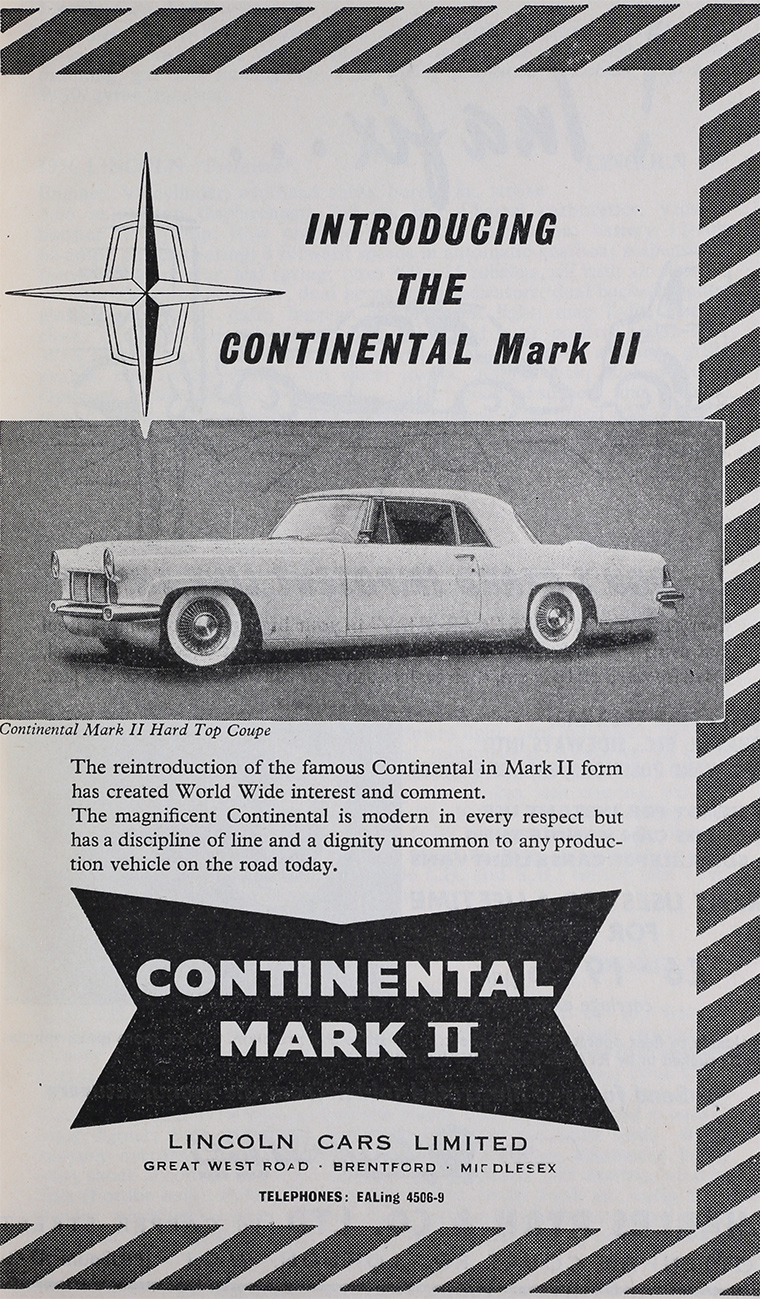 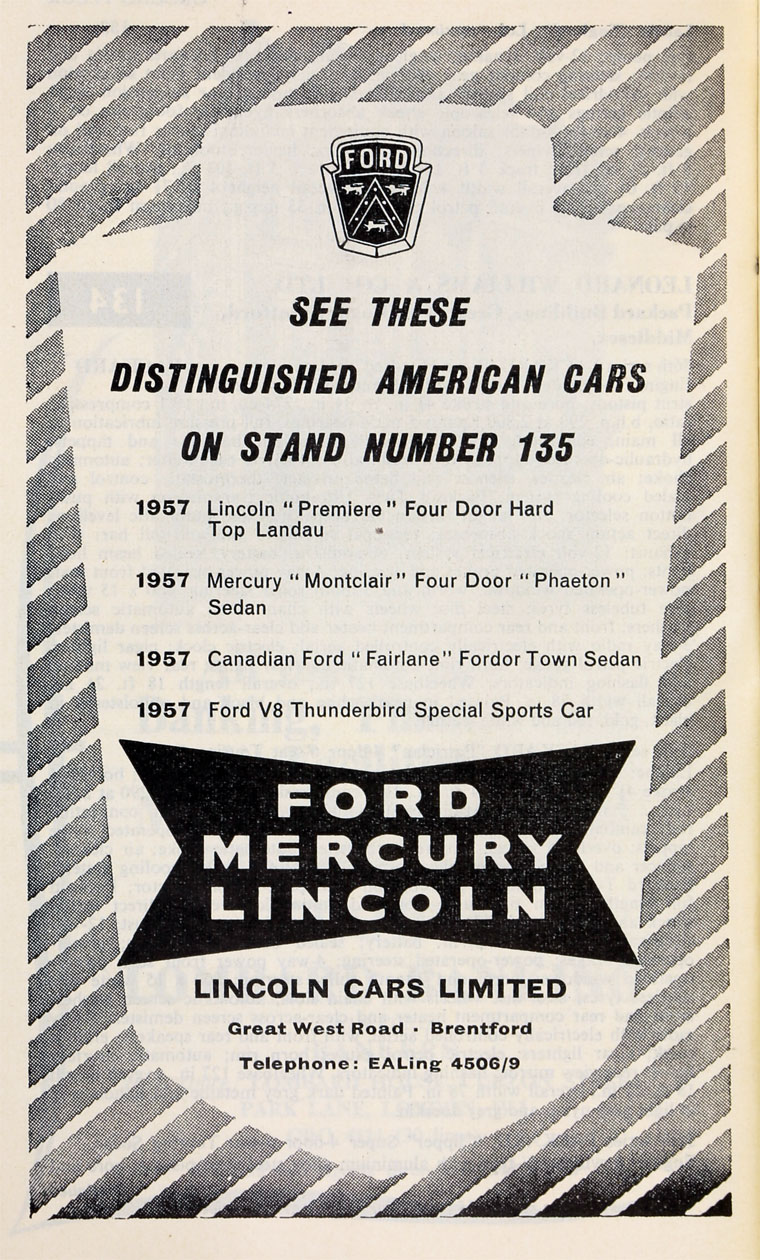 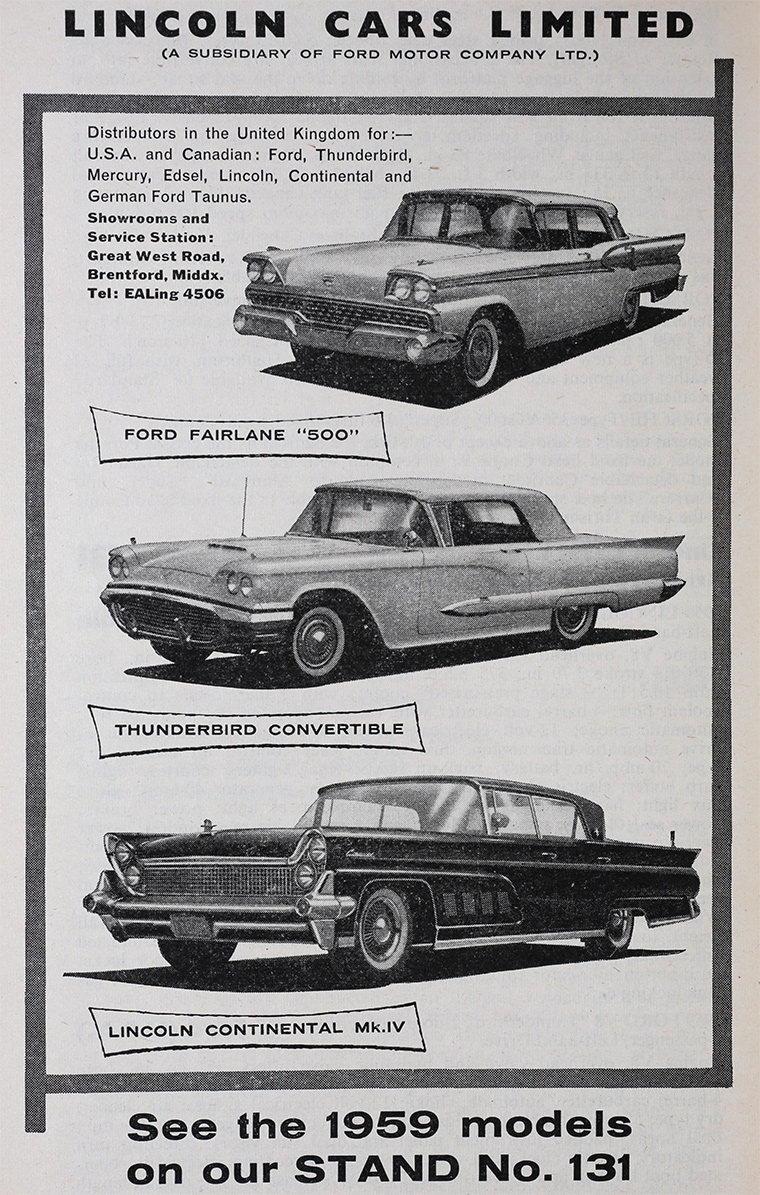 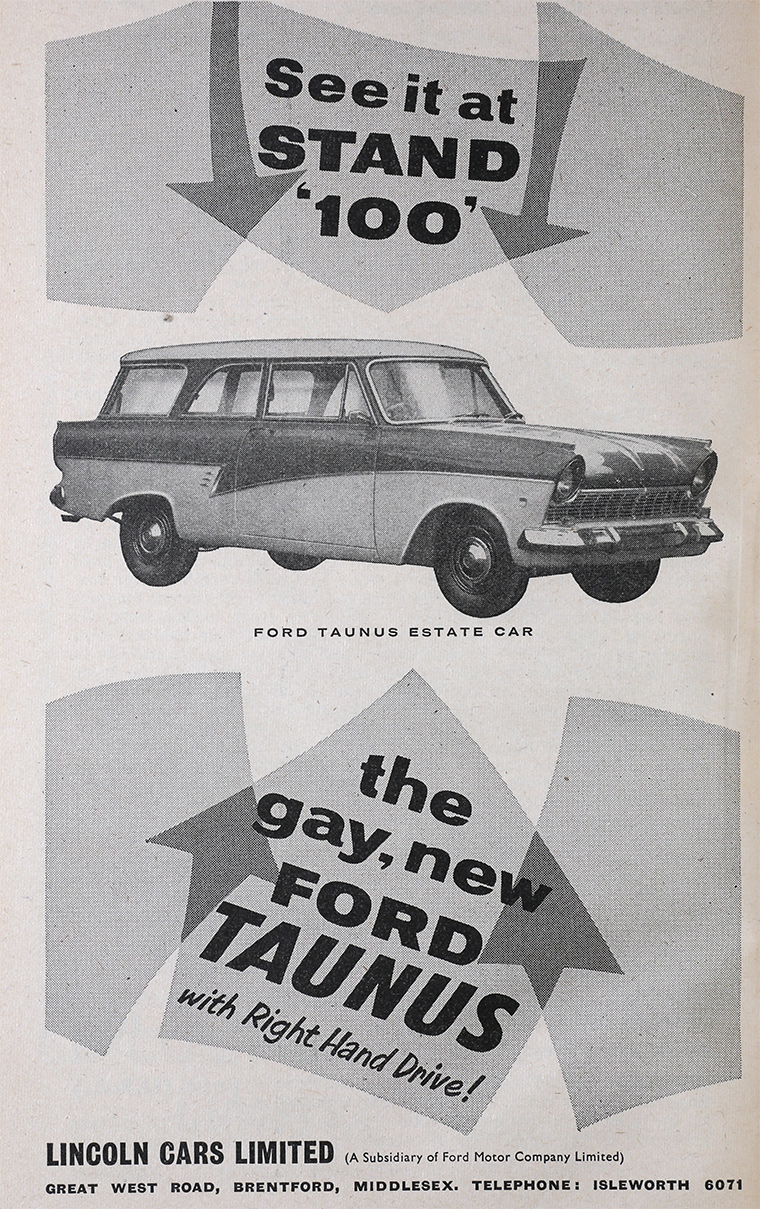 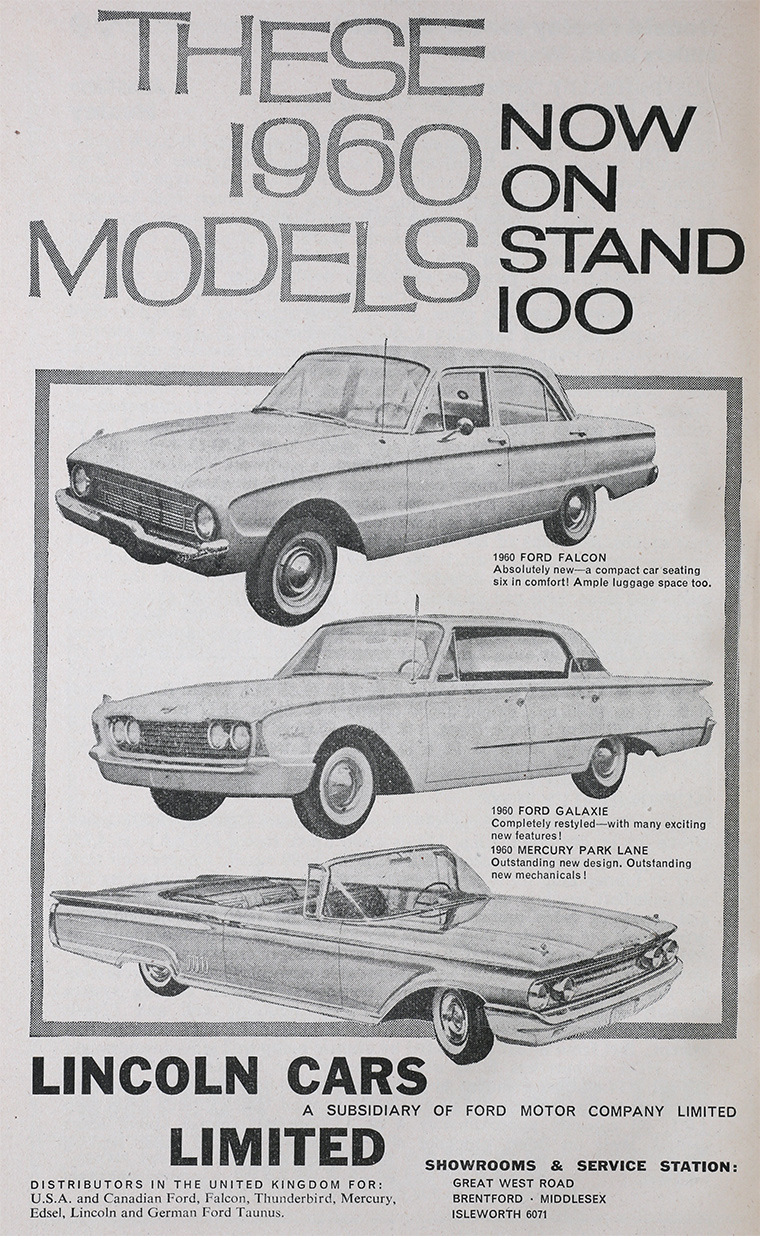 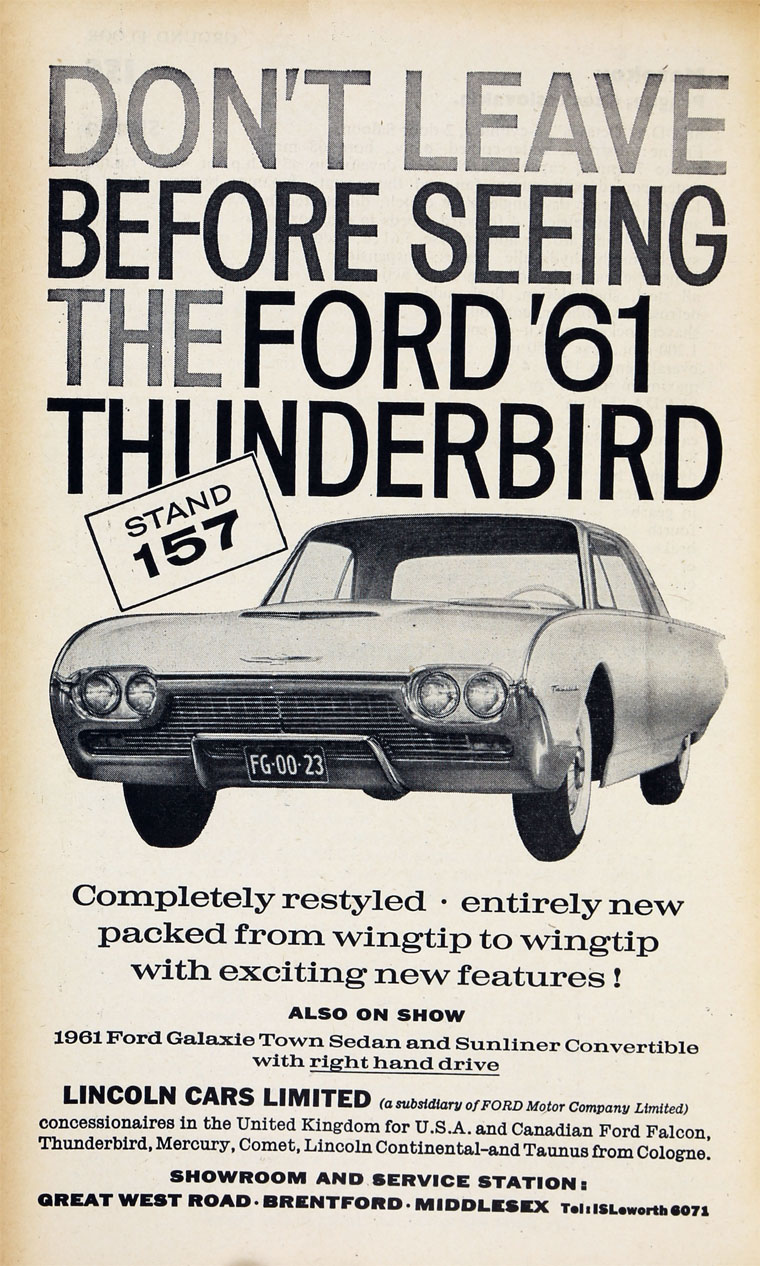 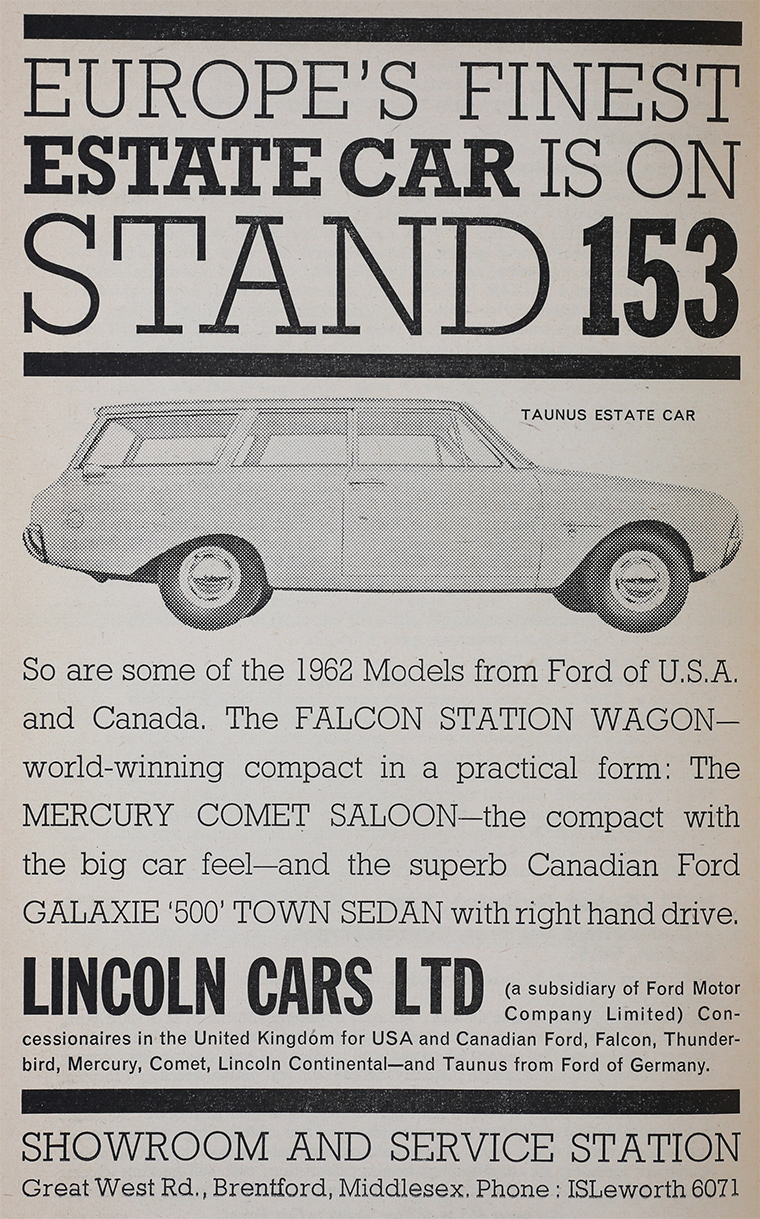 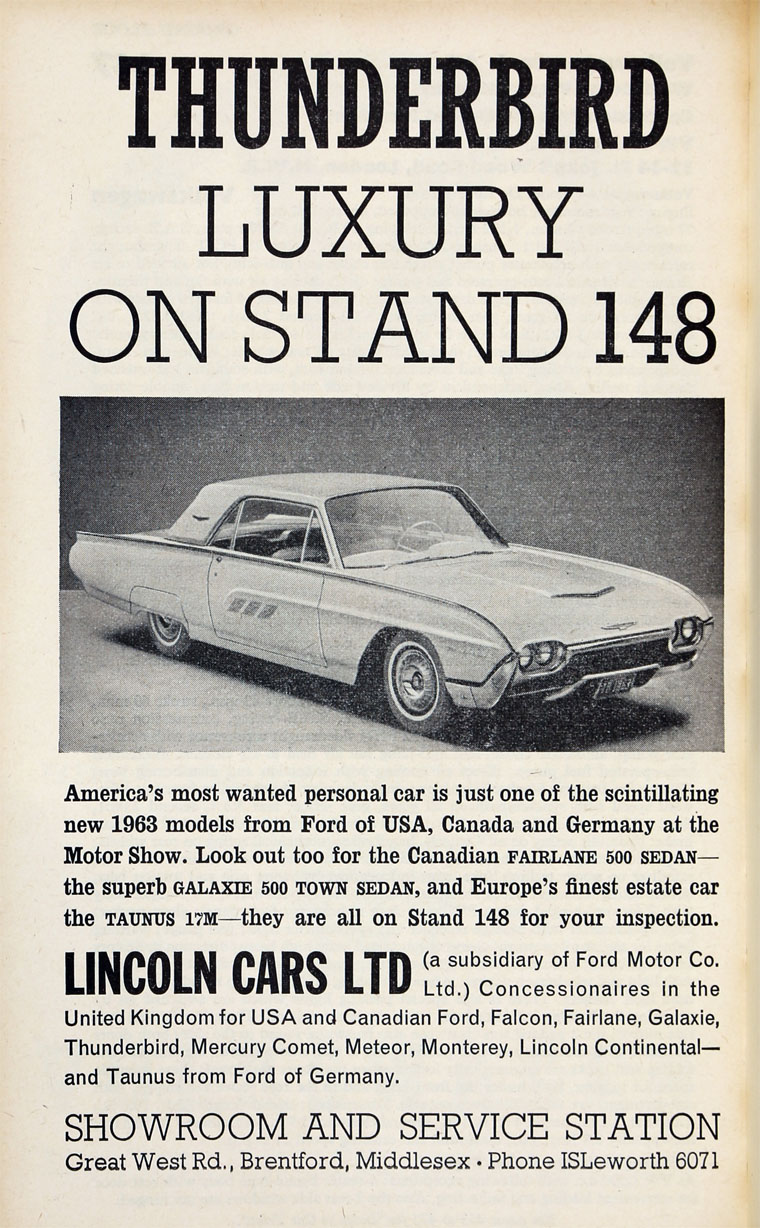 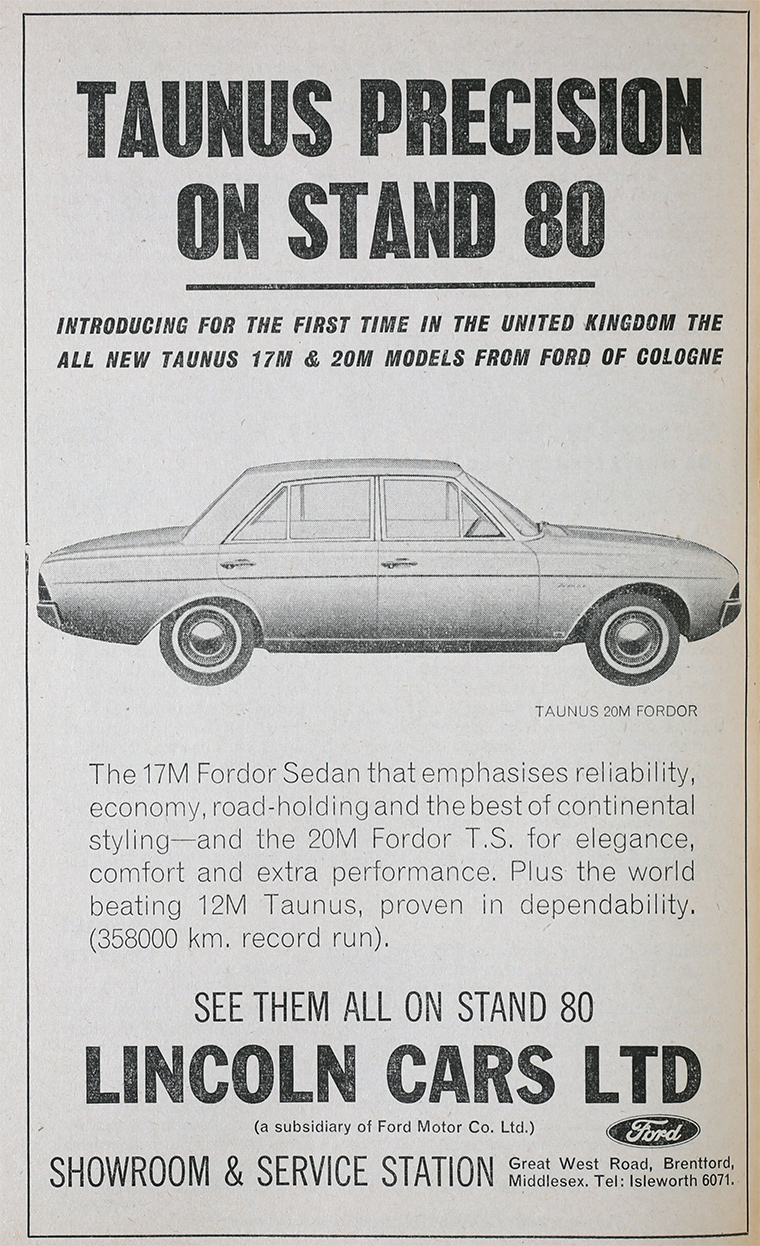 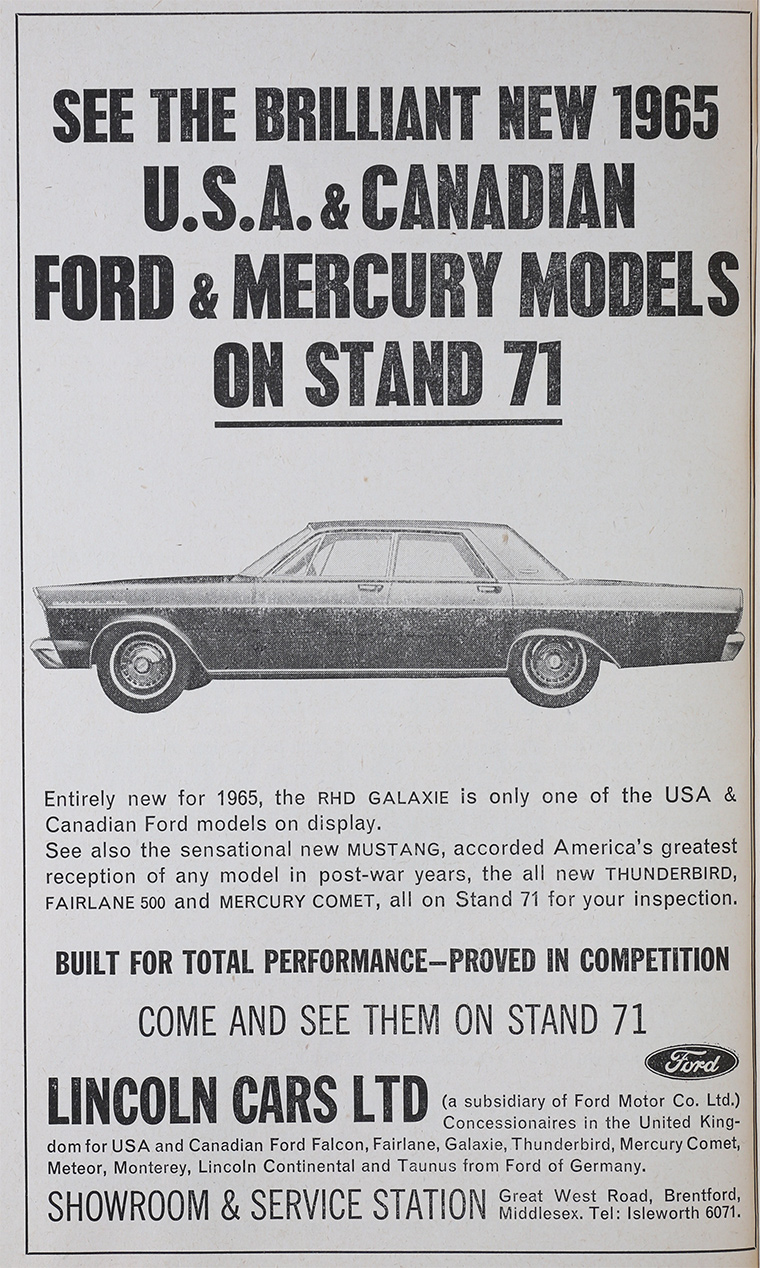 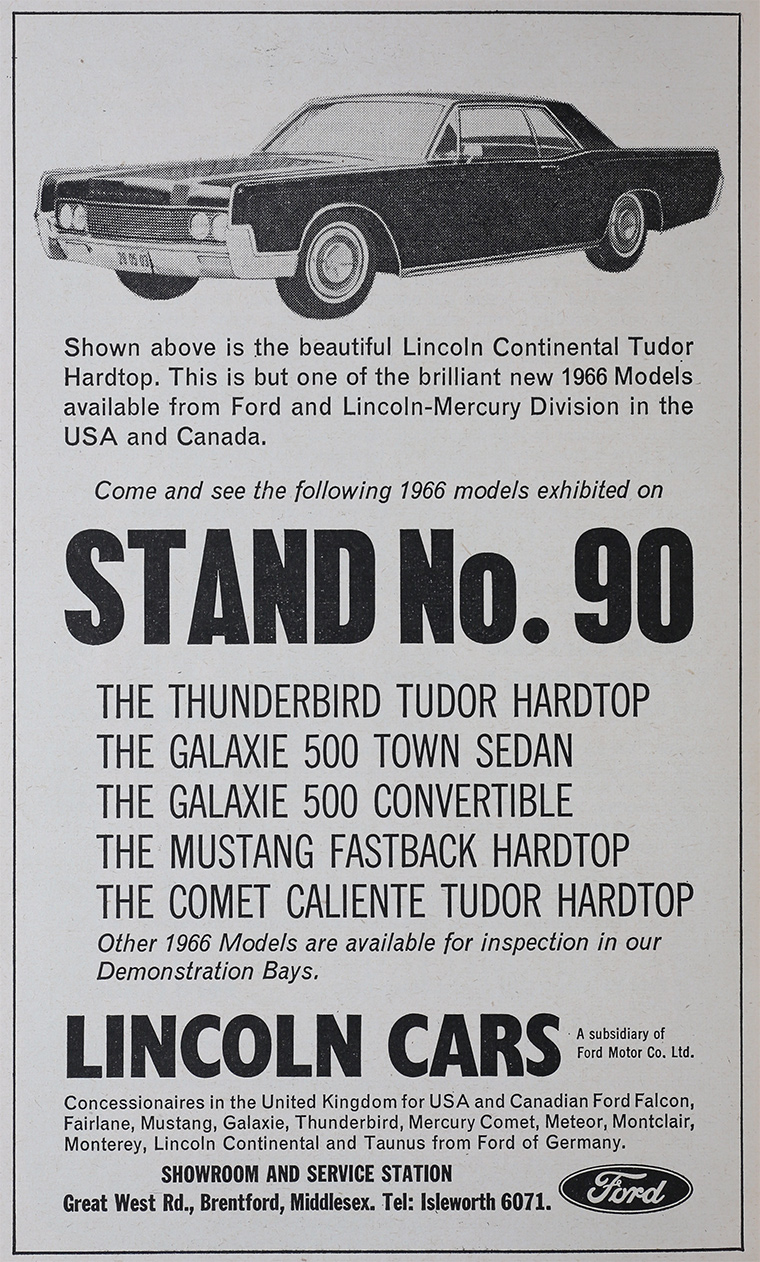 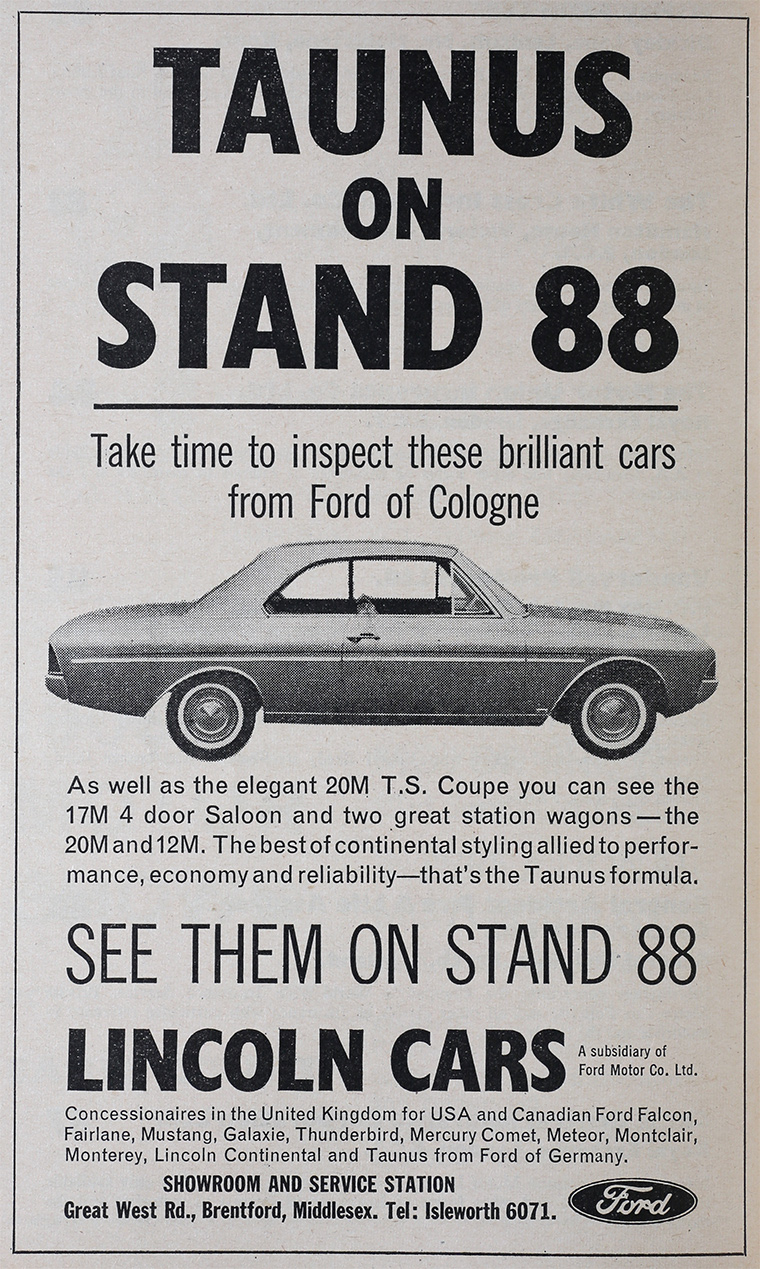 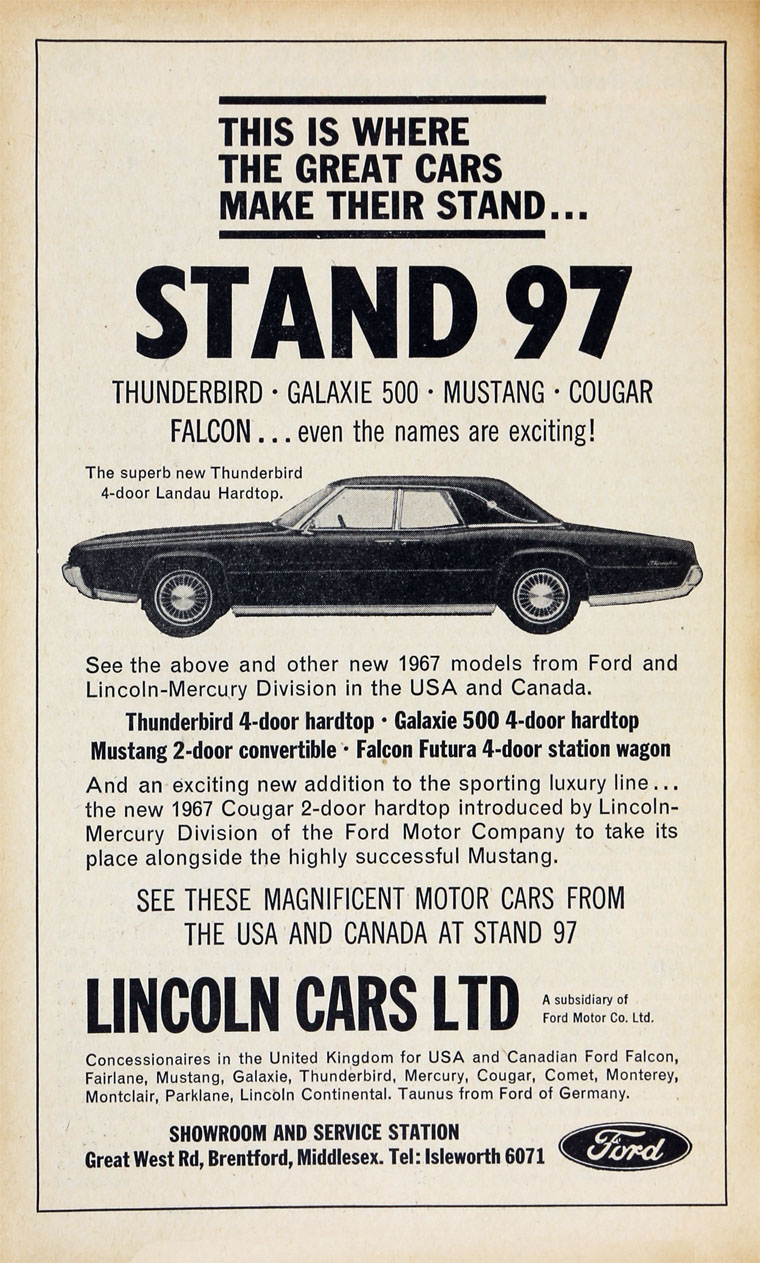 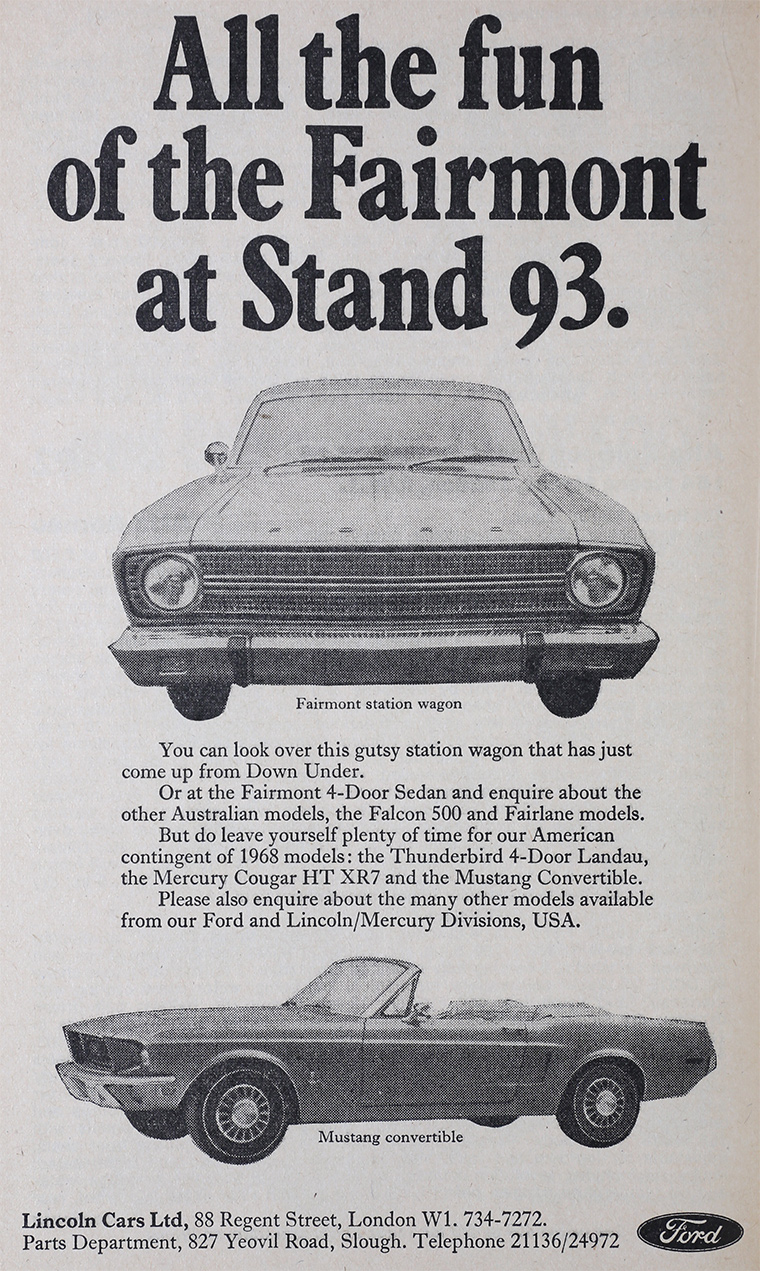 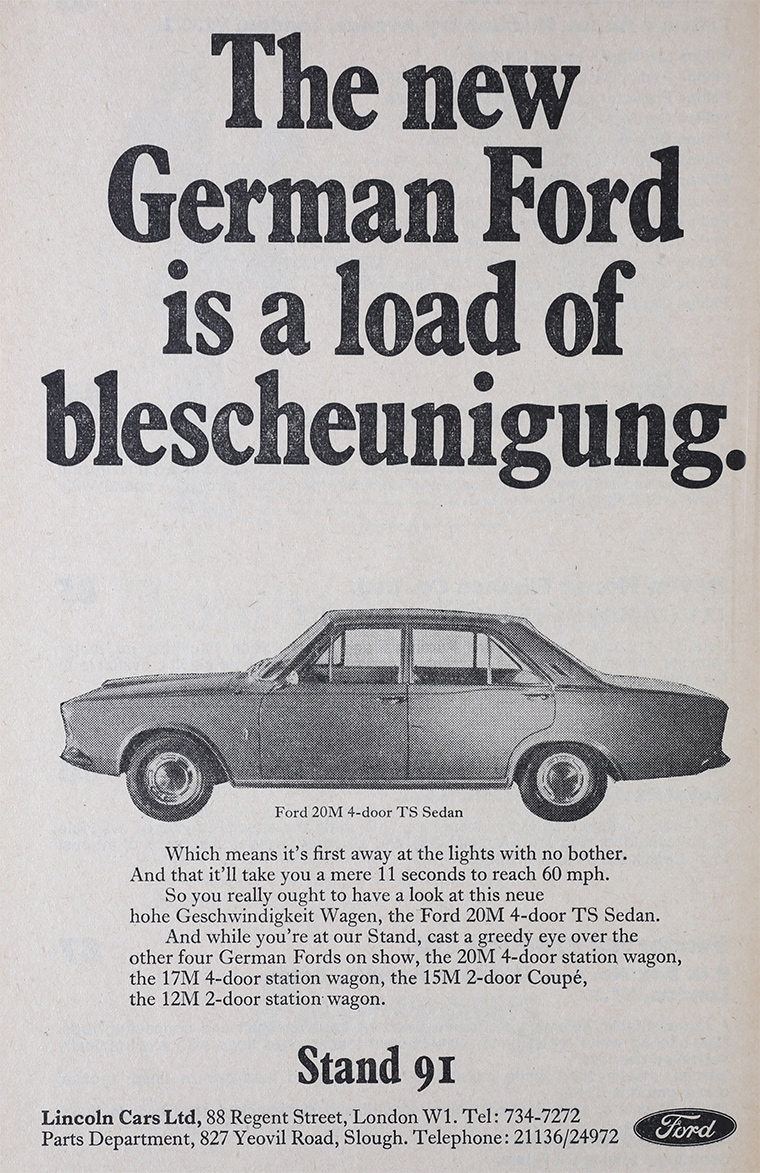 In the UK, the Lincoln Car Department of Ford handled sales of Lincoln cars.

By 1936, Lincoln Cars Ltd was established in Brentford to handle Lincoln sales

1960 A subsidiary of Ford Motor Co Ltd. concessionaires in the UK for USA and Canadian Ford Falcon, Thunderbird, Mercury, Comet, Lincoln Continental, and Taunus from Cologne.