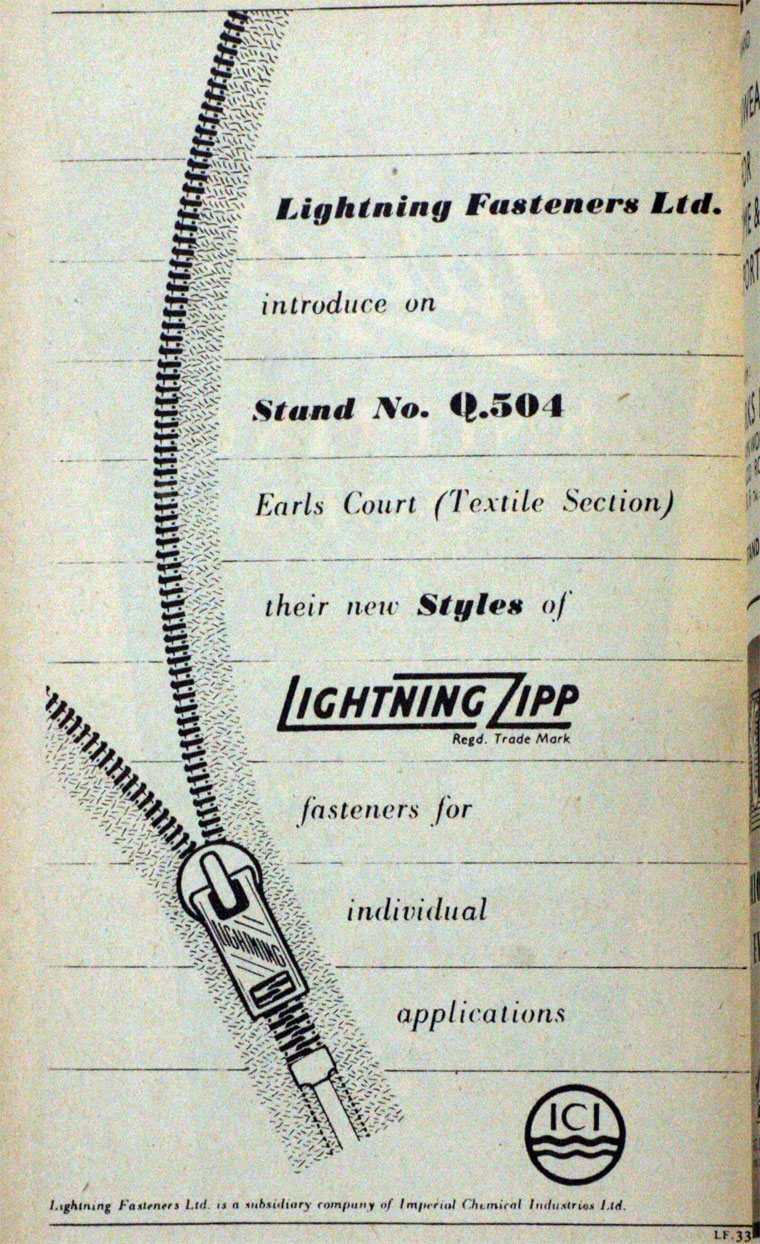 Maker of zip fasteners, of Birmingham.

The Lightning Fastener Department was formed within the general organisation of Kynoch Ltd.

1925 Private company. New company formed to handle the zip fastener business of Kynoch which became part of ICI in 1926.

A subsidiary of ICI.

1965 Merged with the Opti group of West Germany; IMI retained 51% of the UK interests, 49% of the West German interests and 50% of other European interests[3]

Presumably at some point this joint venture was renamed Optilon.