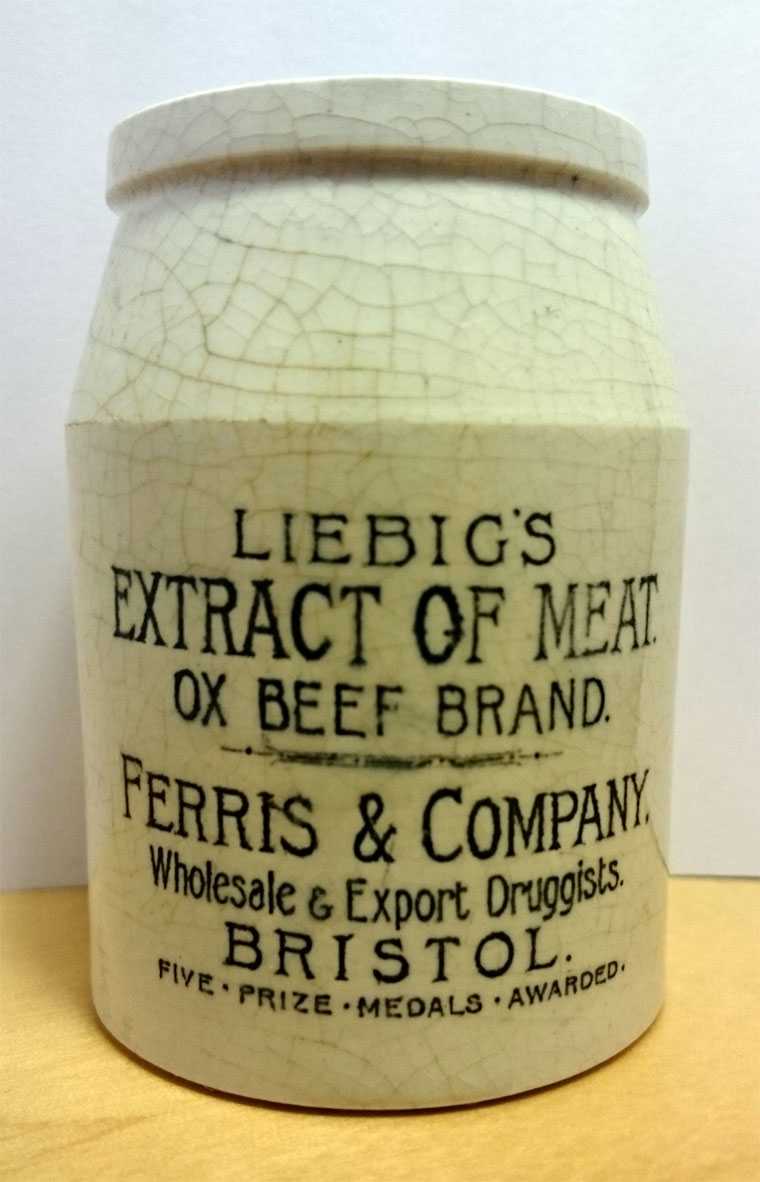 Dug up in Eastington, Gloucestershire. 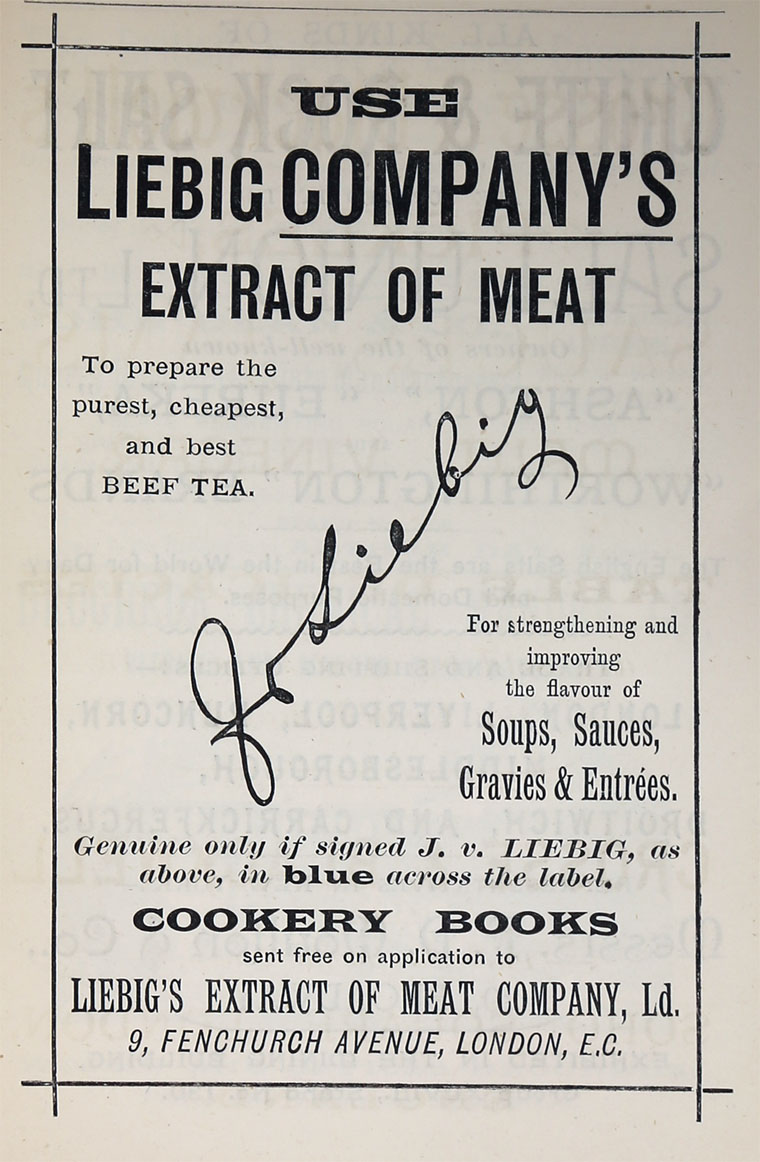 The Liebig Extract of Meat Company was the originator of Liebig and Oxo meat extracts and later Oxo beef stock cubes. It was named after Baron Justus von Liebig, the German 19th-century organic chemist who founded it.

1840 Liebig developed a concentrated beef extract to provide a cheap and nutritious meat substitute, Extractum carnis Liebig, for those unable to afford the real thing, but European meat was too expensive for it to fill that role. Instead, his extract was dispensed by the royal pharmacy as a tonic.

1865 The Liebig Extract of Meat Co was established in London, after George Christian Giebert, a young engineer, read of Liebig's work and wrote to him suggesting that they meet to discuss opening a manufacturing plant in South America.

1866 The company opened its factory, owned by the Societe de Fray Bentos Giebert and Cie, on the banks of the Uruguay River at Villa Independencia, Uruguay, later called Fray Bentos, where the extract was manufactured using the flesh of cattle that would otherwise have been killed for their hides alone, bringing the cost of meat to one third of the European cost.

1881 Company first registered the Fray Bentos trademark for glue and extracts of meat.

1920s The company acquired the Oxo Tower Wharf on the south bank of the river Thames in London. There they erected a factory, demolishing most of the original building and preserving and building upon the riverside frontage.

1924 The Liebig Extract of Meat Co was acquired by the Vestey Group and the factory was renamed El Anglo.

1958 Fray Bentos meat pies started to be manufactured in England.

1984 Company was acquired by Unilever.