Grace's Guide is the leading source of historical information on industry and manufacturing in Britain. This web publication contains 143,389 pages of information and 230,040 images on early companies, their products and the people who designed and built them. 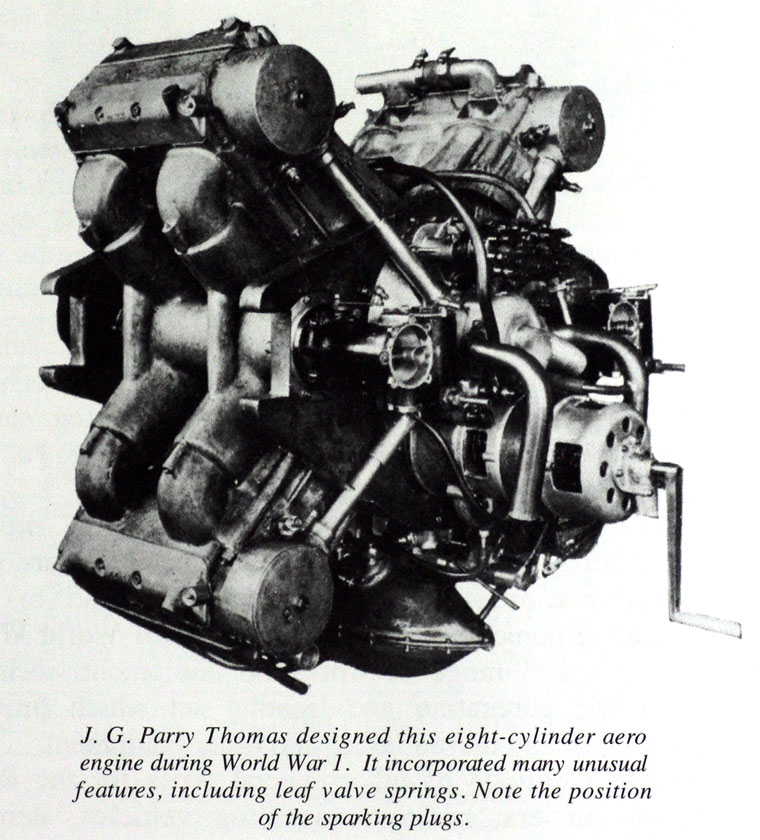 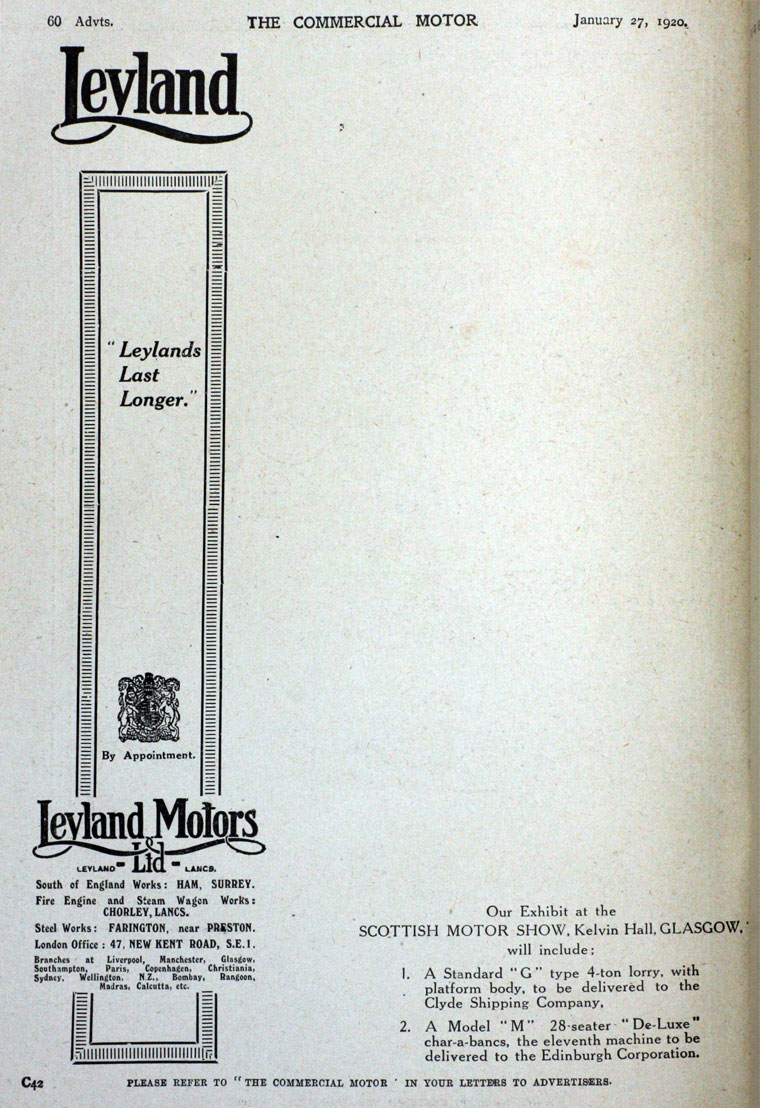 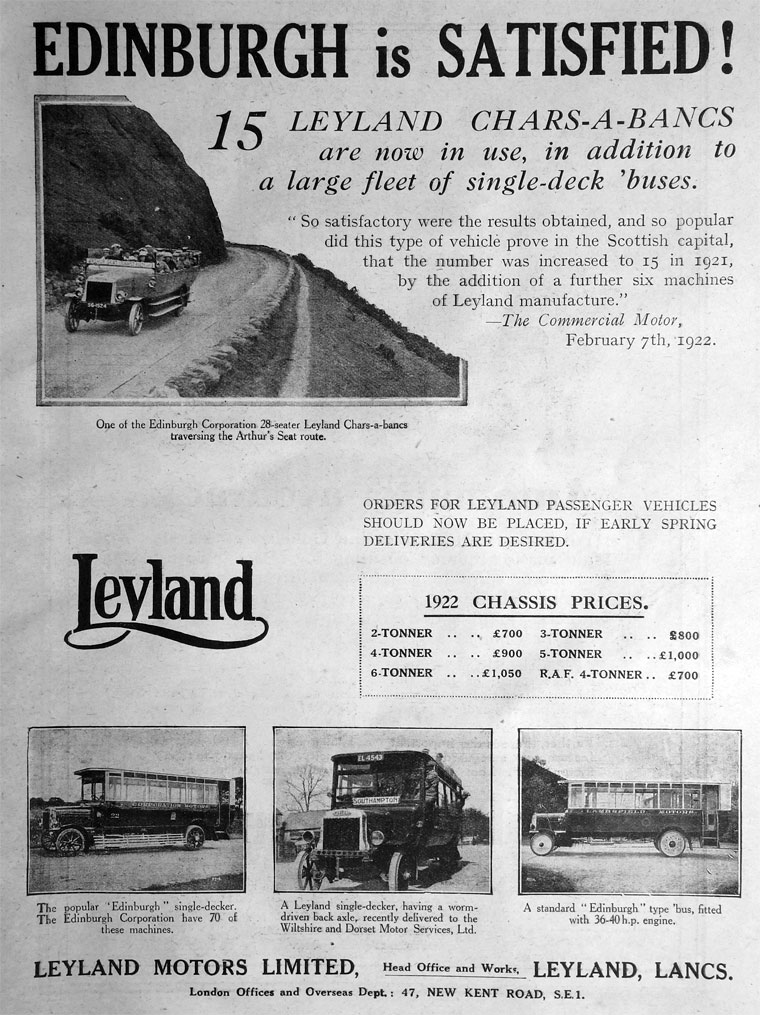 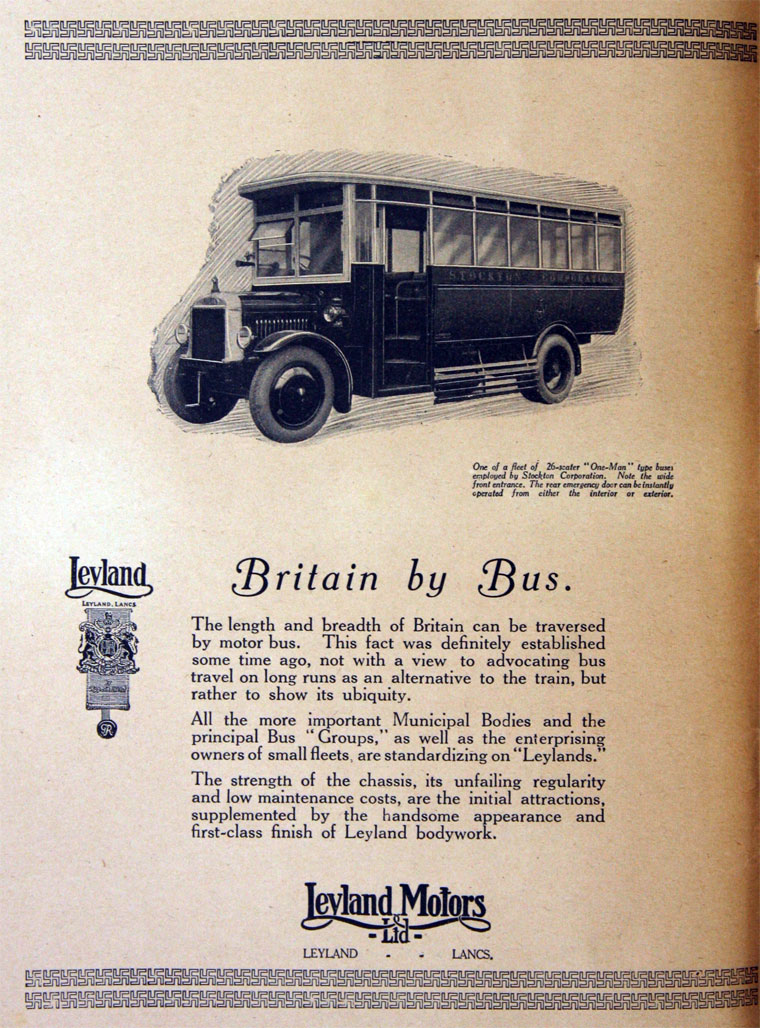 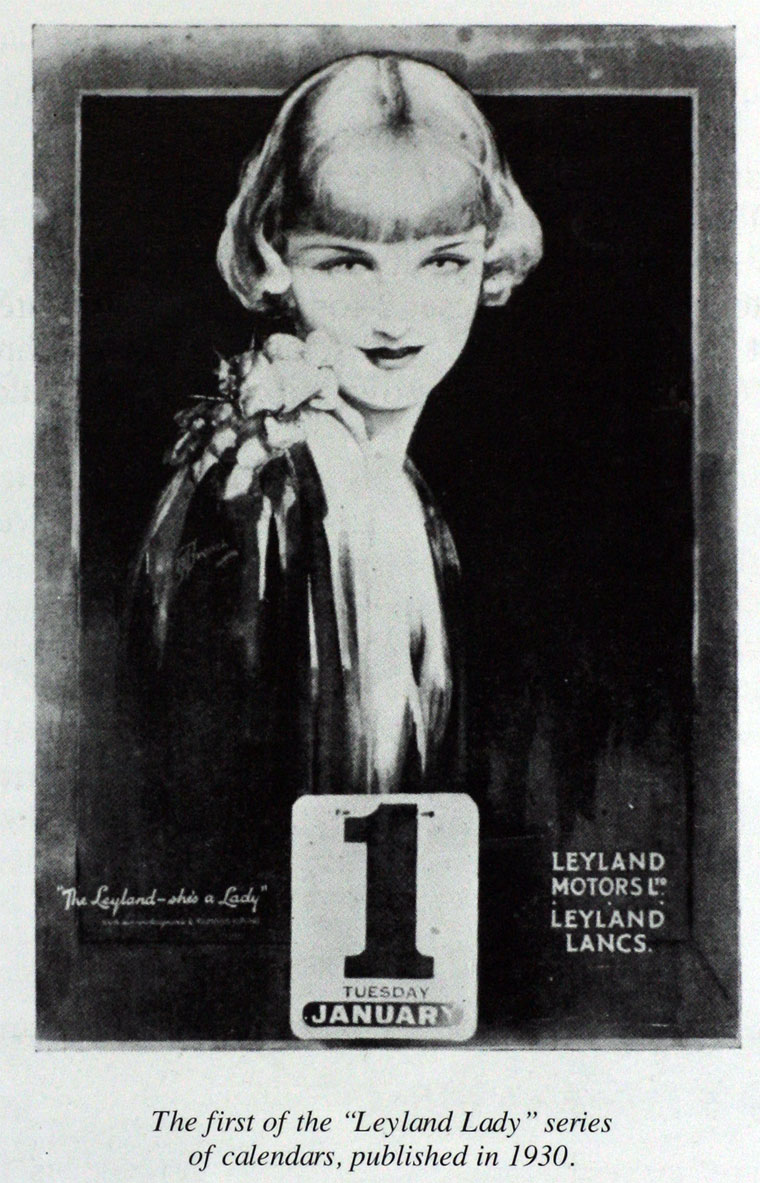 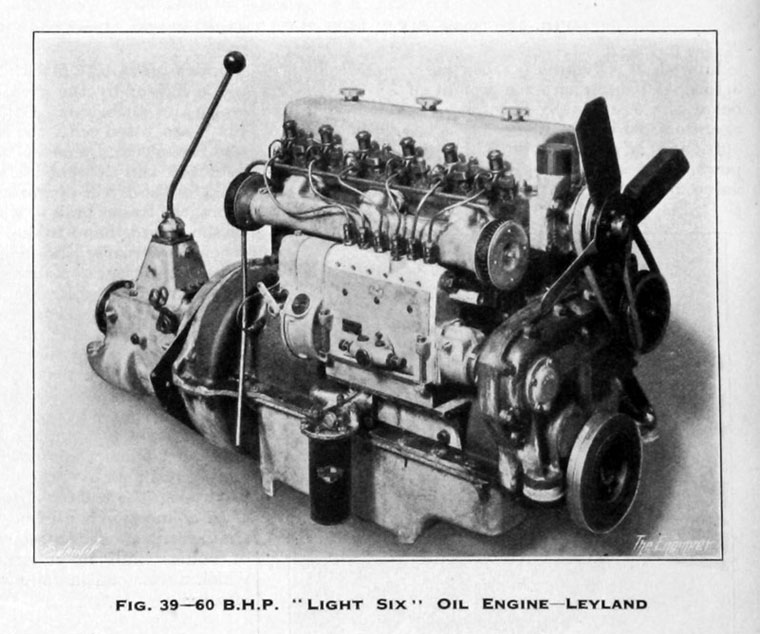 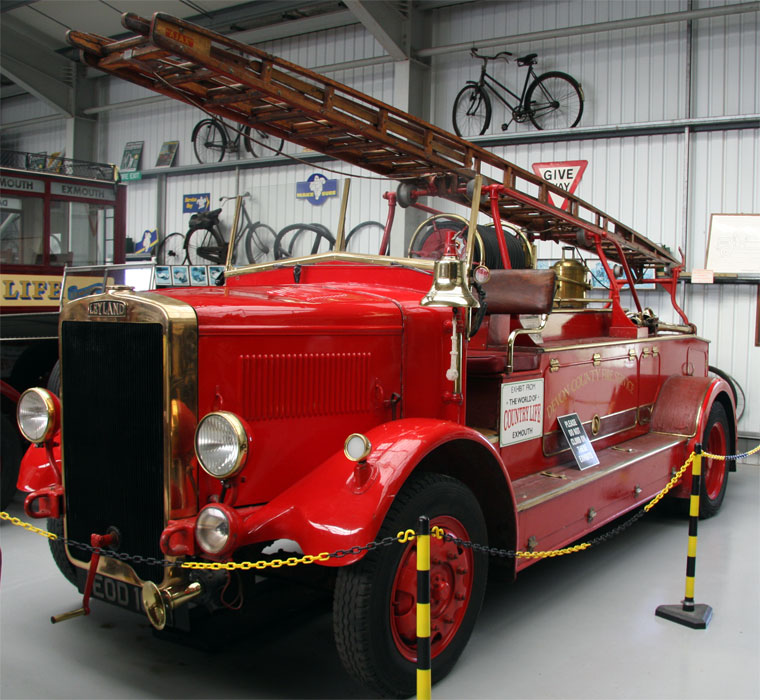 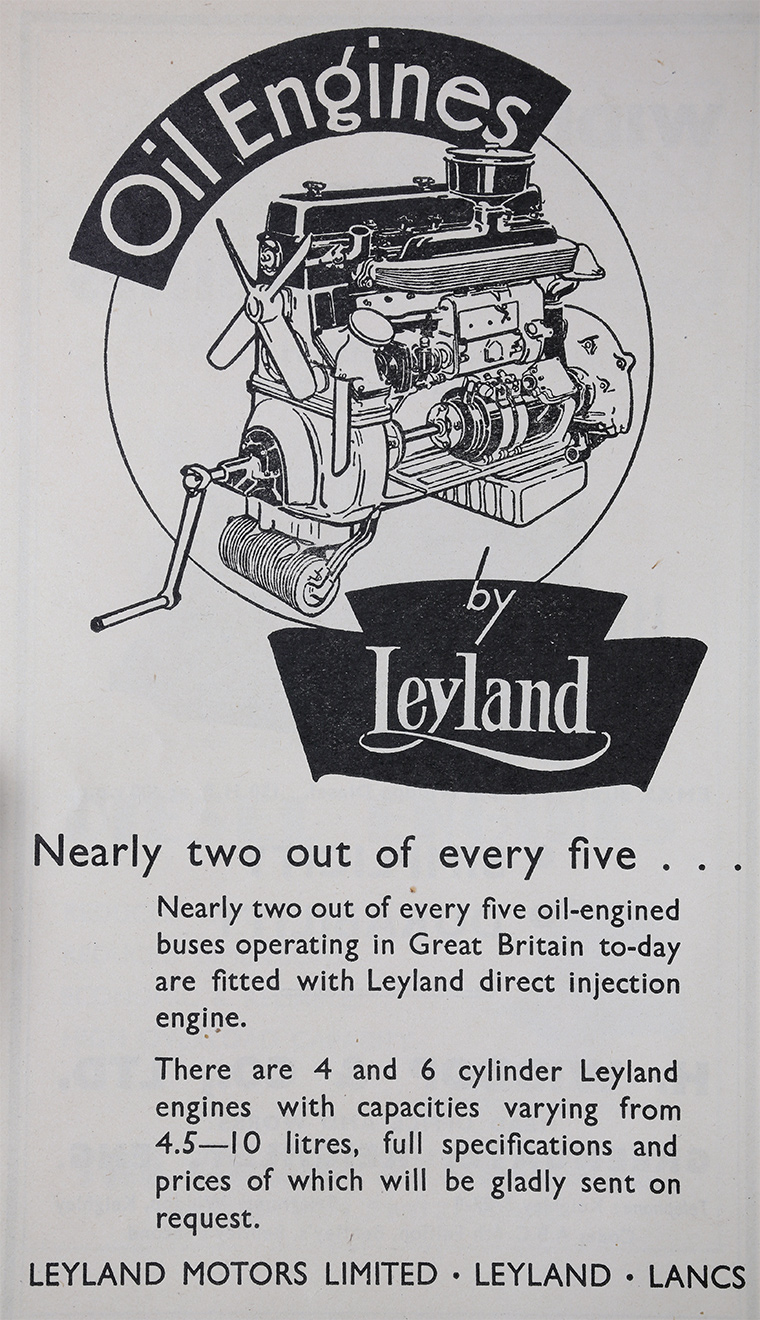 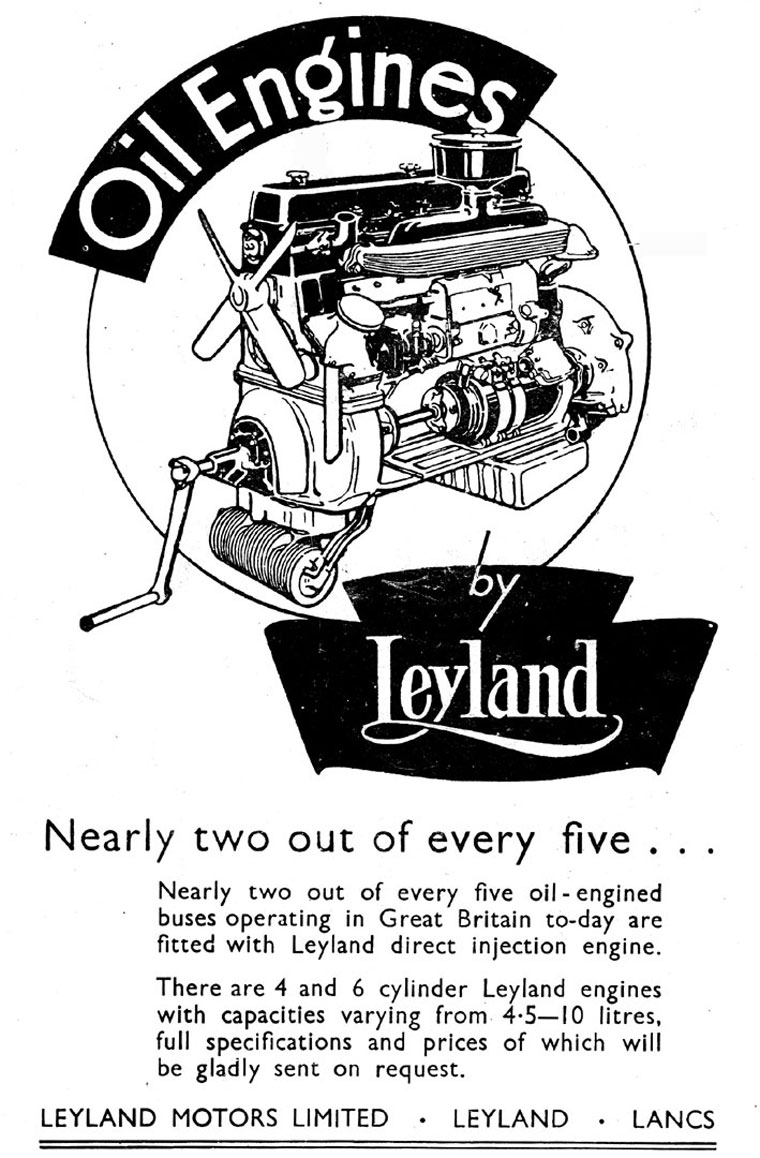 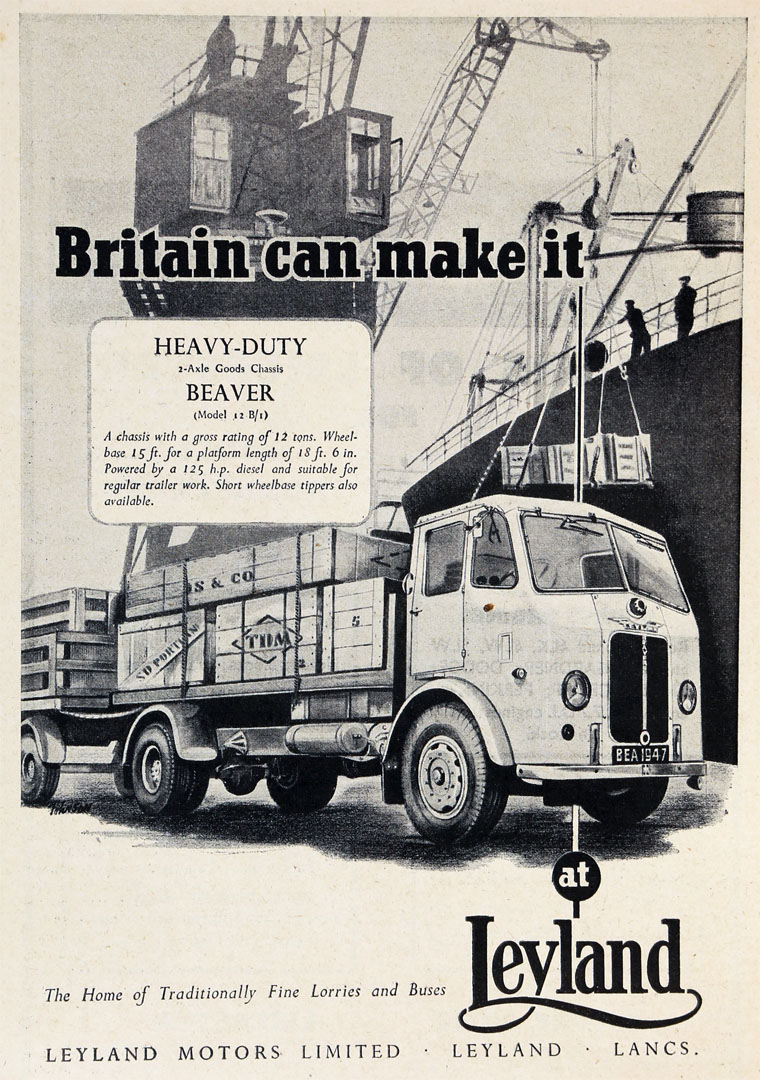 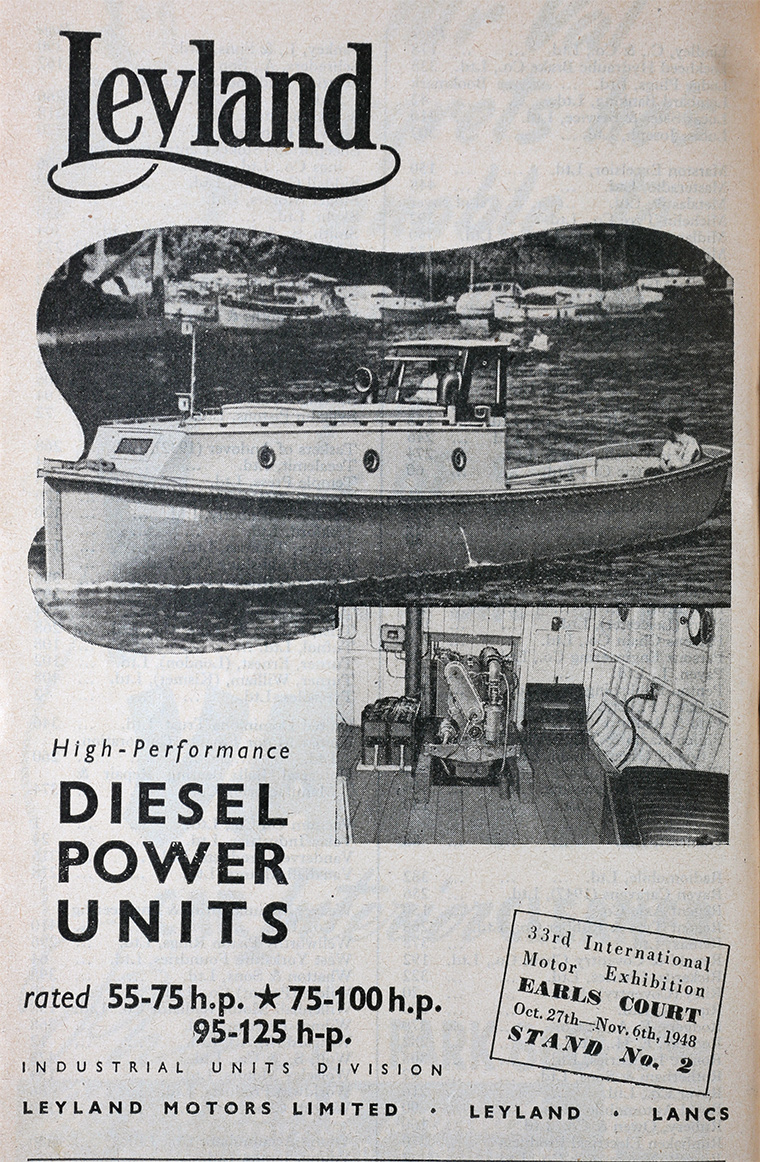 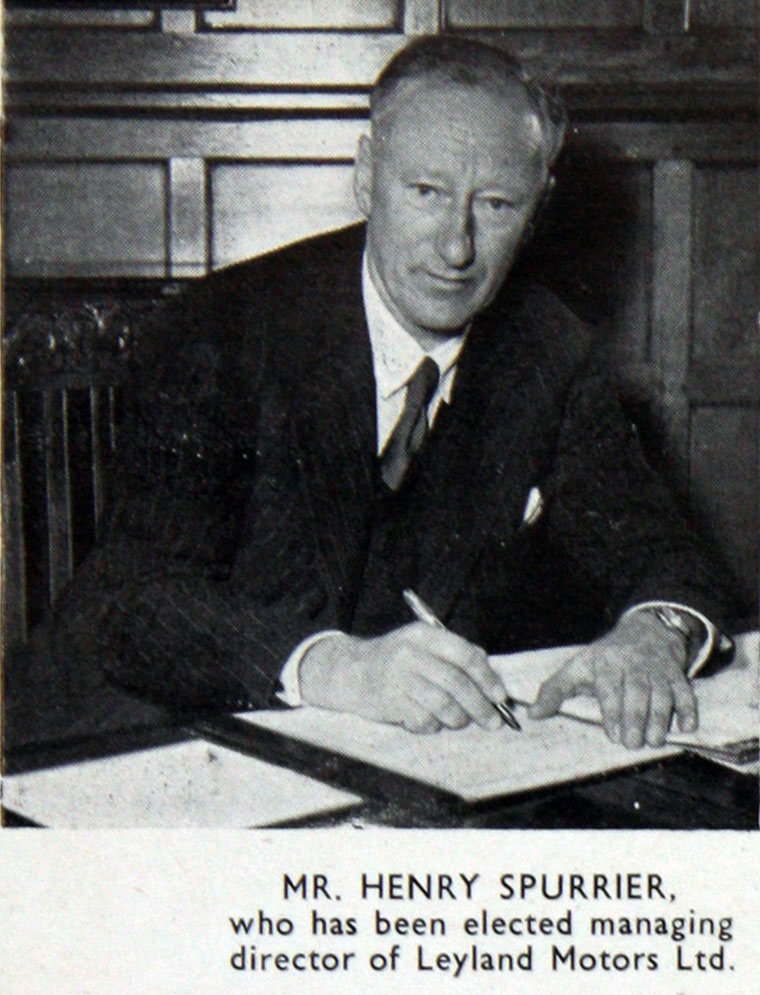 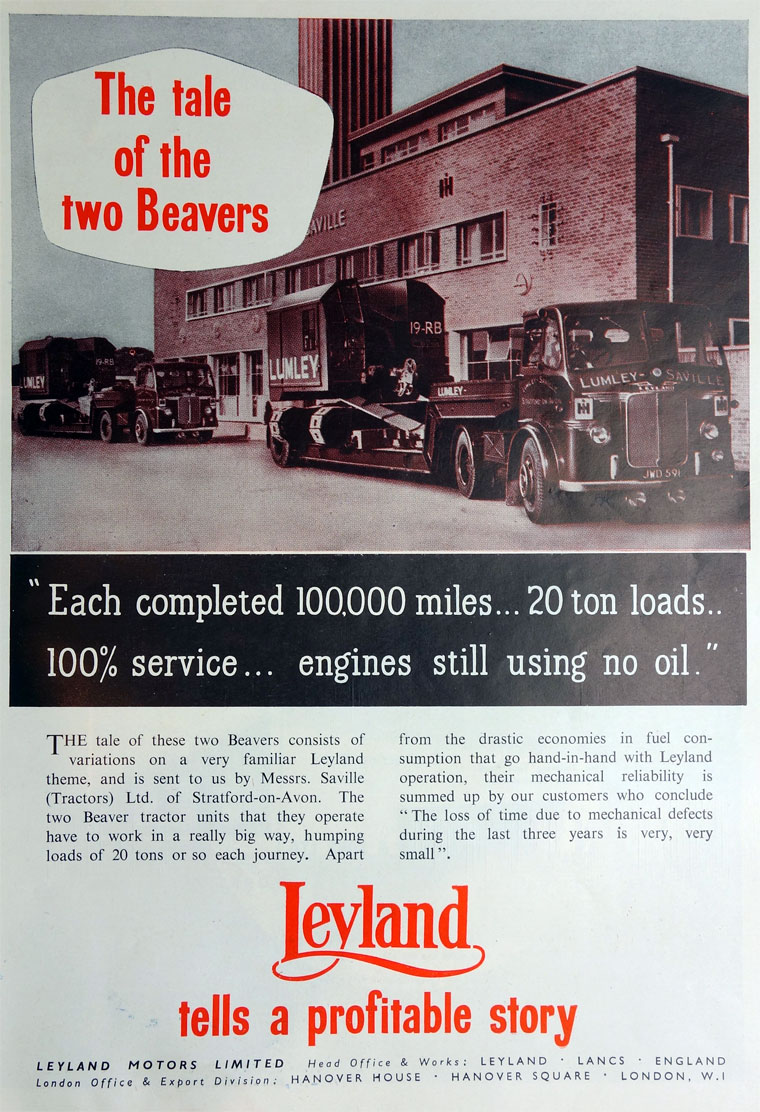 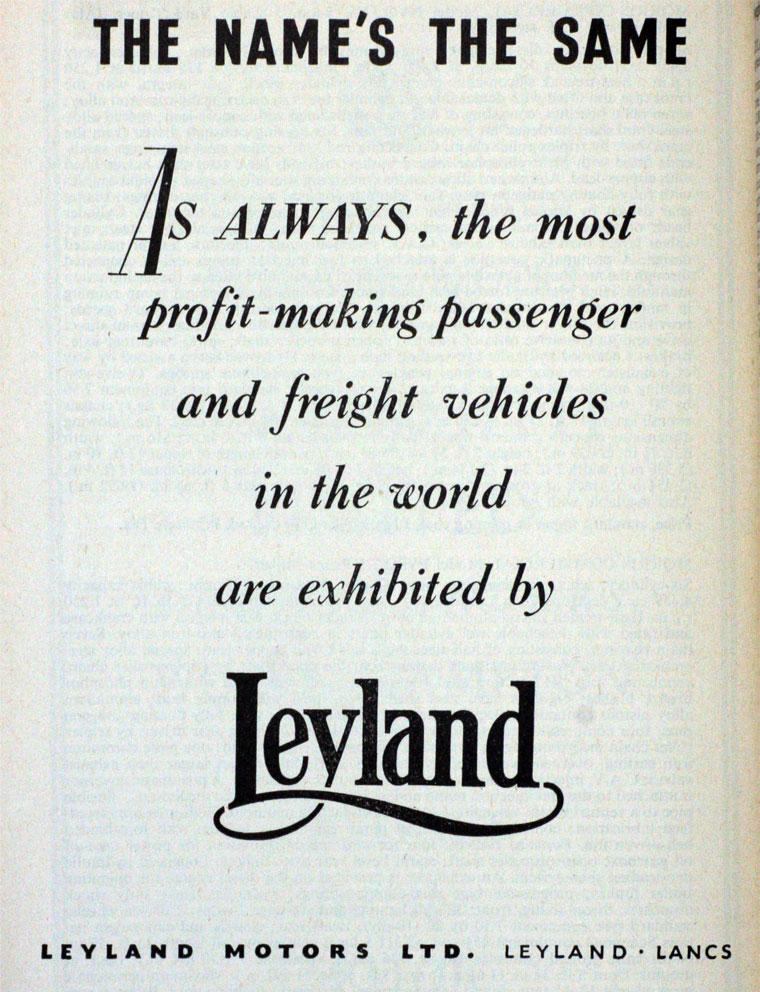 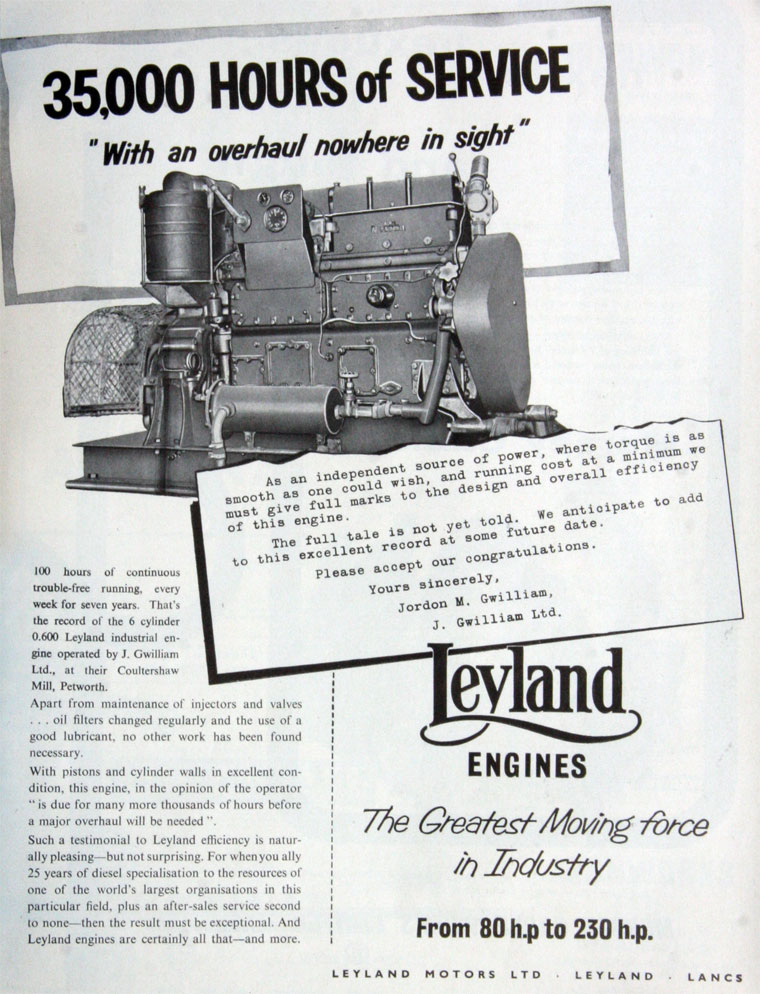 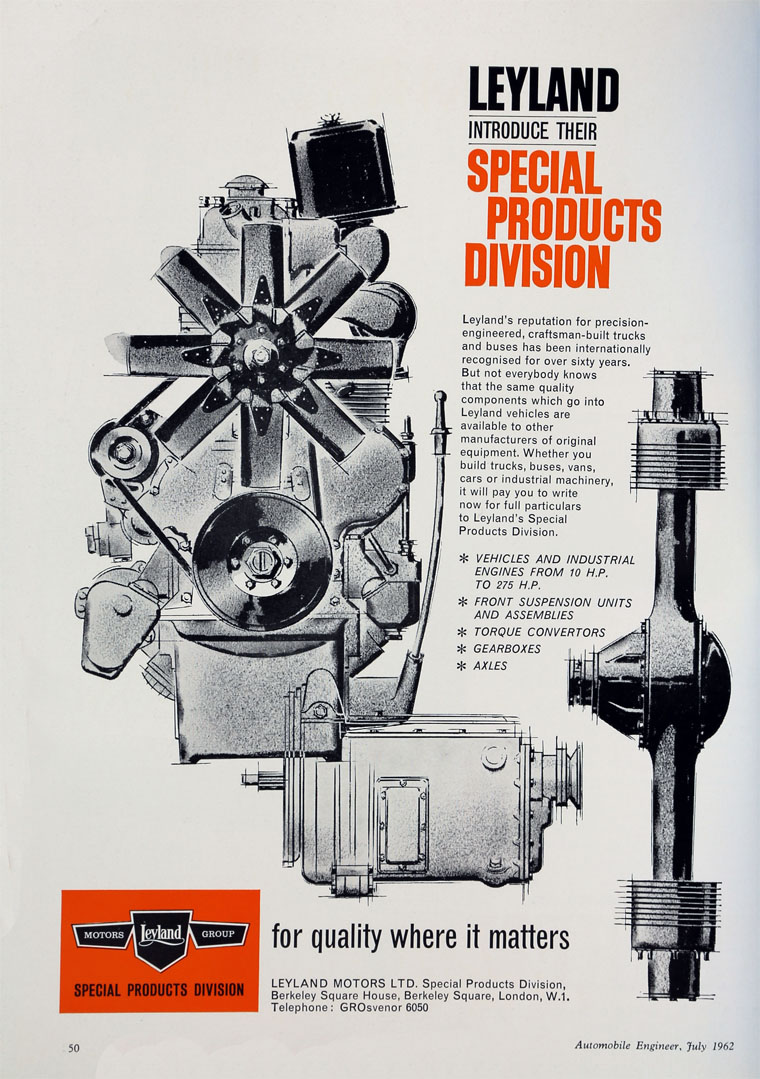 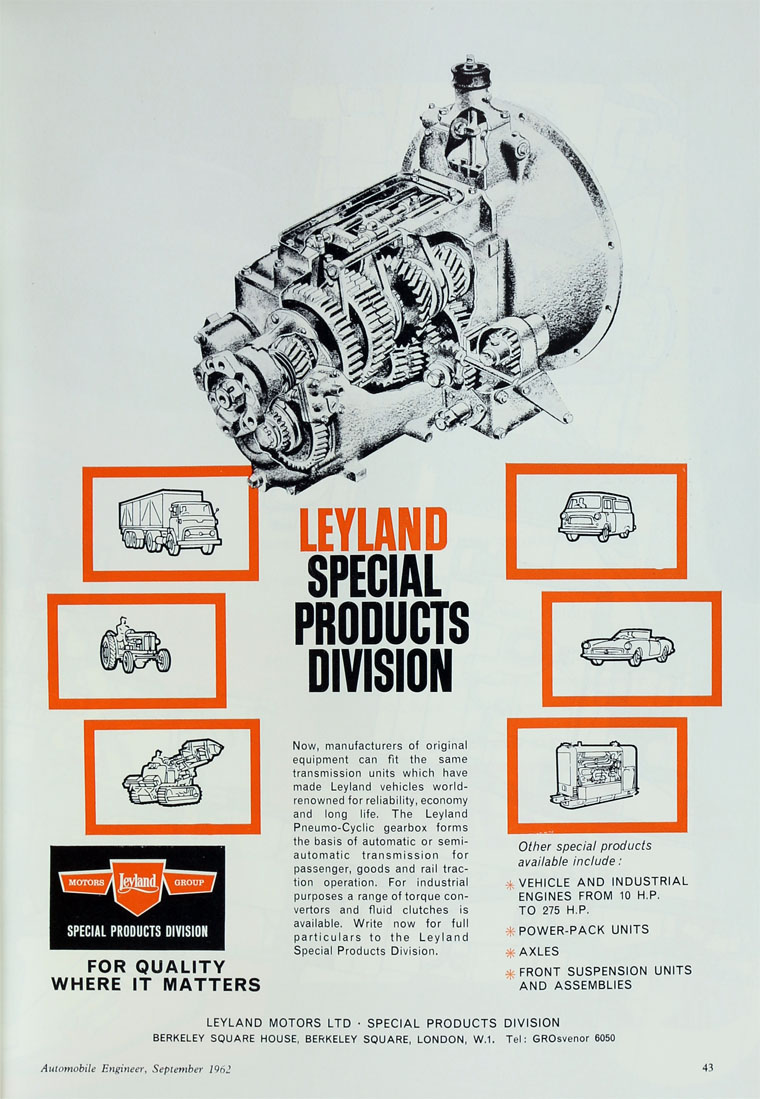 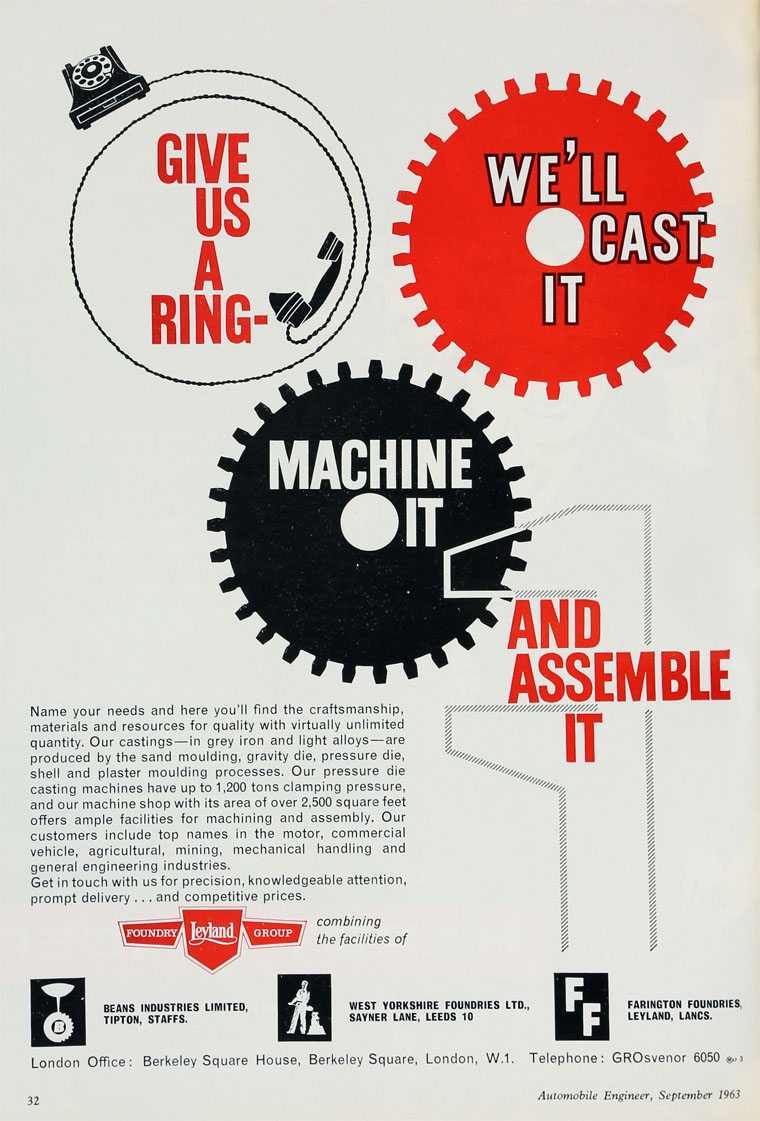 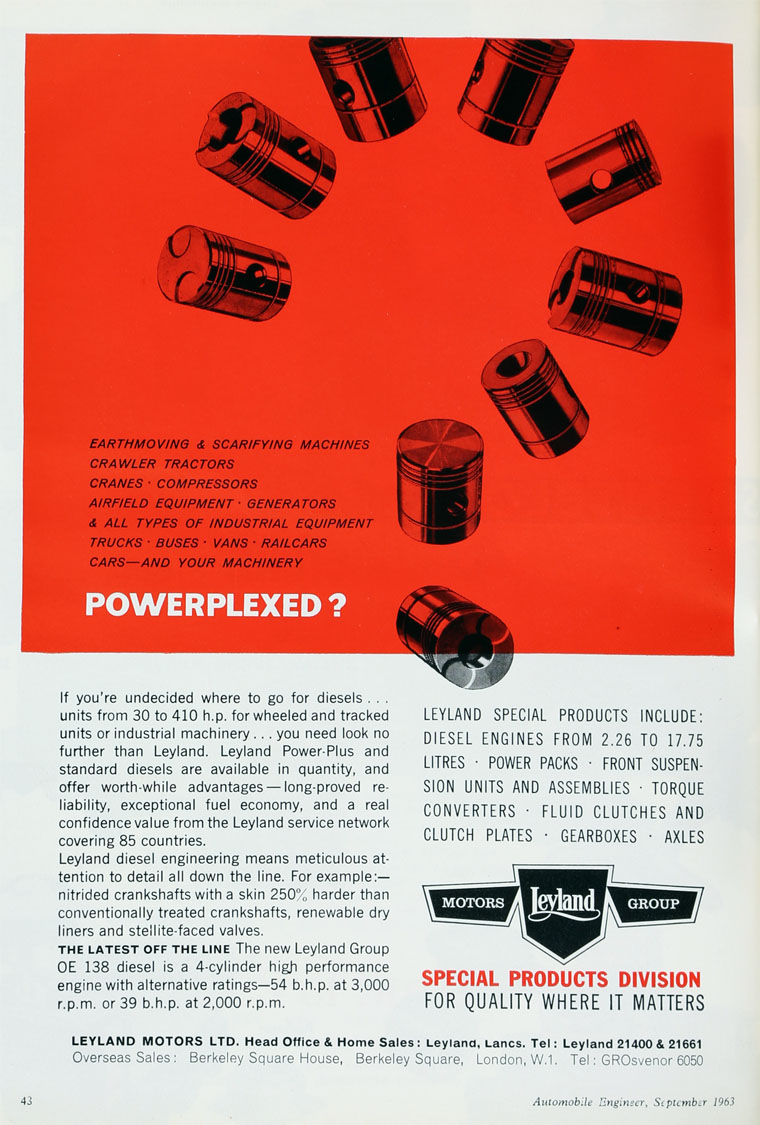 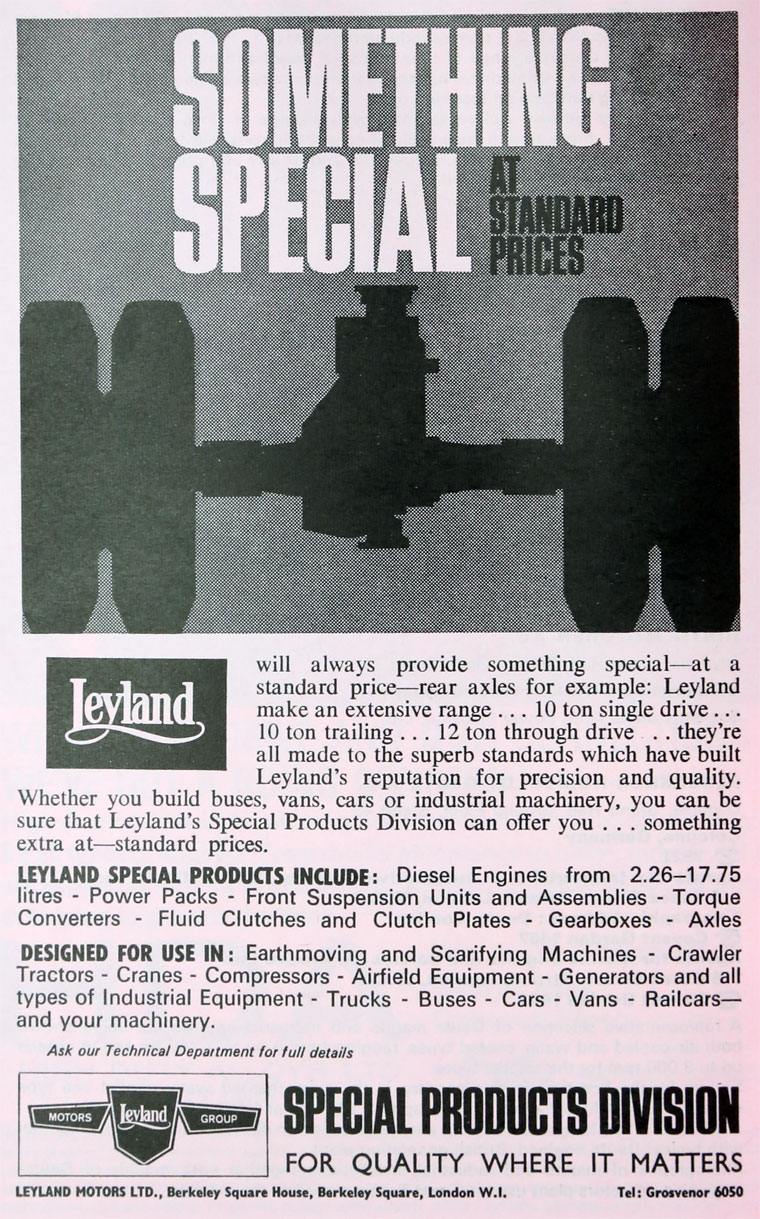 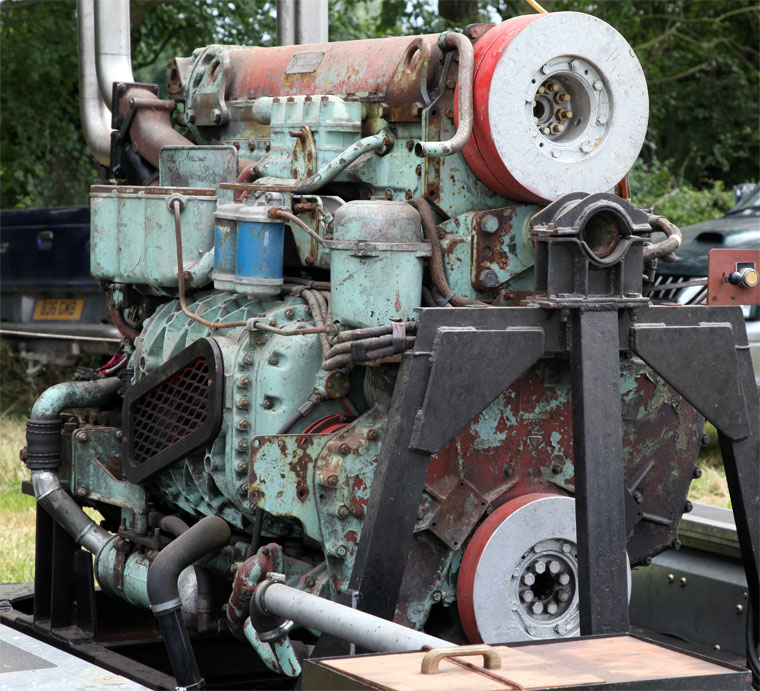 Leyland Motors Co of Leyland, Chorley and Farington was a manufacturer of commercial vehicles.

The company began life as J. Sumner at a smithy in Leyland.

1896 After developing steam-powered vehicles and lawnmowers, the company name was changed to Lancashire Steam Motor Co.

1907 Name changed to Leyland Motors. Three generations of Spurriers controlled Leyland Motors from its foundation until the retirement of Sir Henry Spurrier in the 1960s.

1908 Expanded premises at Leyland, opened depot at Liverpool and set up a London office.

1912 Introduced a six-cylinder 160 hp engine. Only manufacturer to win trials for the war office contract and received orders for 88 vehicles. They later standardised on the 3-ton model and this became the R.A.F. type. This was fitted with a four-cylinder 32 hp (later 36 hp) engine.

1913 At the Olympia show they exhibited six vehicles: a 55 hp fire-engine for Shanghai, a 32-seat charabanc for C. B. Armitage of Blackpool, a steam tipping wagon for Bombay Corporation, a furniture van for William Whiteley Ltd, a 40-hp delivery van for E. Lazenby and Sons and a 6-ton steamer with a poppet-valve engine [1] [2]

1914 August. Up to the outbreak of WWI they had produced 2,092 petrol vehicles in addition to steam ones. Around 1,500 employees.

1920 June. Have factories at Leyland and Chorley and have recently purchased the Sopwith factory on Ham Common. [5]

1920-26 The Ham Common (Kingston-upon-Thames) factory bought back ex-WD vehicles and re-conditioned them. Over the six years of this programme some 3,000 vehicles were overhauled.

1921 The Trojan model designed by L. H. Hounsfield was produced at Kingston with a 10-hp 4-cylinder two-stroke engine

1922 John H. Toulmin was appointed to the board.

1924 Toulmin was appointed chairman, a position he held for 18 years.

1925 At the Olympia Commercial Motor Show they introduced the L-type models. These were three passenger vehicles: the forward-control single-deck Lion bus, The bonneted Lioness coach and the Leviathan double-decker.

1926 December: Leyland Motors disposed of the steam wagon portion of its business to the Atkinson Walker Wagons, of Frenchwood Works, Preston, which took over all existing stocks of components and units. [6]

1927 Introduced the Titan double-decker with a sunken gangway on each floor making the vehicle less than 13 feet high and able to pass under low bridges. The Tiger was its single-deck counterpart and there was a six-axle model called the Titanic.

1928 Introduced the six-wheel Terrier and the War Department passed as eligible for subsidy.

1928 by the end of the year over 2,500 vehicles of the Lion class had been delivered

1929 At the Olympia show they introduced the T-type units with the Bison, Buffalo, Bull and Hippo models

1930 Bought out the first of the 'Leyland - She's a Lady' calendars and the country-wide roadside clocks. These were the ideas of A. Whalesby Windsor who died the following year.

1931 At Olympia they introduced the Leyland Cub rated at 2-tons and 20-seats. Also showed the six-wheel Rhino with an oil engine

1933 The direct-injection oil engine goes in to production and Scottish Motor Traction Co ordered 250 followed by another 100.

1936 Built a small number of rail-cars in conjunction with New Zealand Government Railways and later with the LMS railway.

1946. 26th AGM. C. B. Nixon was Chairman; Stanley Markland, the Chief Engineer, and Walter West, the foundries manager, were appointed as Directors [9]

1948 Factory at Kingston-upon-Thames sold and the work transferred to Farington.

1948 Leyland and the MCW sales organisation concluded a twenty-year agreement that they would exclusively collaborate on integral designs and favour one another with body-on-chassis business. Their idea was that an underframe comprising durable Leyland engines and other mechanical units would be permanently attached to a similarly heavy-duty body structure. This idea became the Leyland-MCW Olympic which was built in three series from 1949.

1950 31st AGM. C. B. Nixon is Chairman. Henry Spurrier (III) is MD. Office and laboratory block at Farington and the self-contained main service block at Chorley are completed. New under-floor integral vehicles, produced in conjunction with Metro-Cammell Carriage and Wagon Co under the name 'Olympic', had secured substantial orders. A chassis with under-floor engine, the 'Royal Tiger' was introduced. [11]

1958 39th AGM. Henry Spurrier (III) is Chairman and MD. Have purchased the government owned tank factory at Leyland and named it as the Spurrier Works. [16]

1961 Jan. Letter from Henry Spurrier to stockholders warning of heavy losses from Standard-Triumph [19]

1963 Feb. 44th AGM. Henry Spurrier is chairman. Propose that the company is renamed the Leyland Motor Corporation Ltd but to continue the manufacture of commercial vehicles under Leyland Motors Ltd. V. W. Pilkington resigns from the board on his retirement. [27]

1963 June. Henry Spurrier resigns as chairman on reaching 65 and is succeeded by William Black. [28]

1964 Donald Stokes took over as head of the company

1965 Acquired a 25 percent stake in Bristol Commercial Vehicles and Eastern Coach Works from the Transport Holding Co; in exchange received just under 30 percent of Park Royal Vehicles; the agreement allowed Bristol and Eastern to make products for other customers than their holding companies or other transport boards[29]

1968 Announced the new 500 diesel engine to be made at the Spurrier Works at 600 per week. Also announced the new V8 3.5 litre engine for Rover; the AEC V8 diesel and the Standard Triumph 1.7 litre ohc.