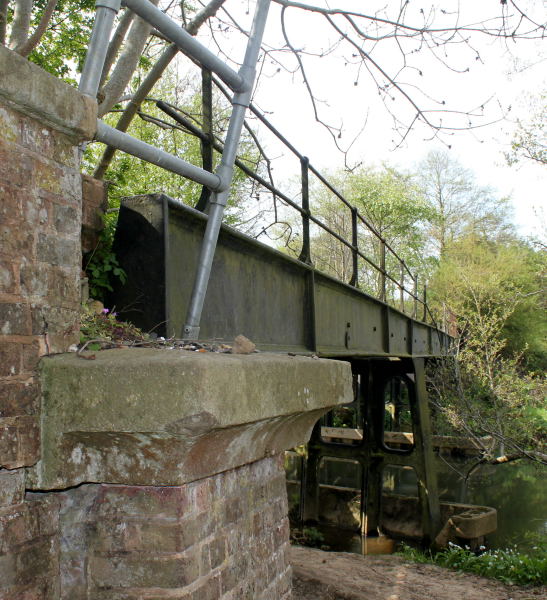 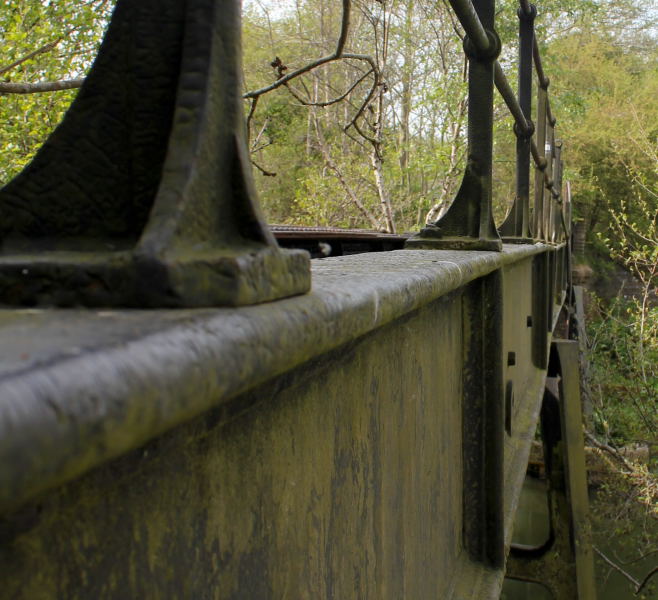 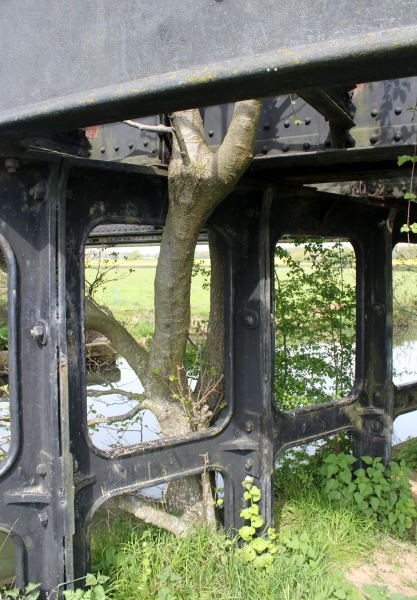 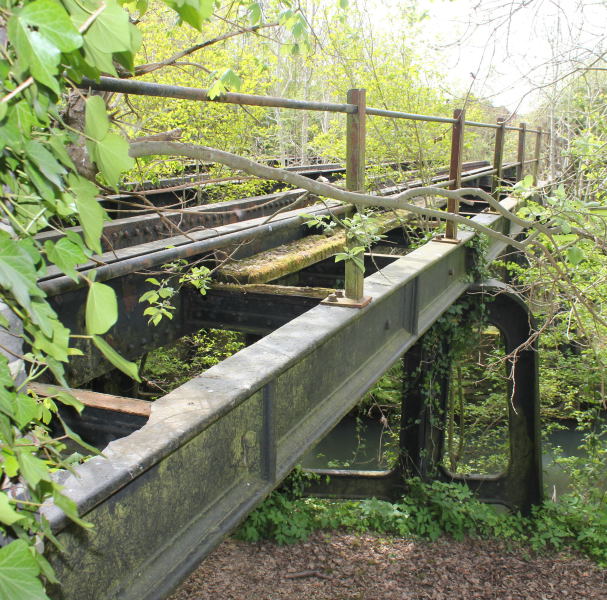 The Lewes and Uckfield Railway Company constructed a number of distinctive iron bridges, some of which have survived in much-modified form. Two of the disused bridges, near Isfield, are illustrated here. One crosses the River Ouse near the Anchor Inn, south west of Isfield, while the other crosses the River Uck, north of Isfield, close to the limit of the Lavender Line.

The girders are supported by 'modular' cast iron frames. Only the outer girders are cast iron, the load-bearing girders being riveted steel and/or wrought iron girders. It is possible that the bridge was originally made of wood, or wood and iron (see below).

The design of the riveted girders differs between the two bridges, and the girders on the Ouse bridge are deeper, on account of the greater span.

It has yet to be established when these bridges were built and rebuilt. Before the railway was completed, an 1858 Board of Trade report by Captain H. W. Tyler refers to the line's bridges have been 'formed, in a great measure, of timber. In one viaduct there are four openings constructed with cast-iron girders on timber piling, the two middle spans covering 28 feet, and the two outside spans 14 feet each. The ultimate strength of the four girders which carry the single line of rails in each of the two middle spans, may be estimated at about 25 tons each in the centre, which gives a distributed breaking weight for each of these spans of 200 tons. I do not think it necessary to condemn this bridge, but I would point out that it is not quite so strong as when cast iron is the material employed.'[1]

Similar cast iron support frames were used for the land-crossing spans of Timberley Viaduct, which was constructed in 1861-3 and modified in 1894 (presumably to replace load-bearing cast iron beams with riveted wrought iron or steel beams).