Levant Mine and Beam Engine

The building containing the beam engine. 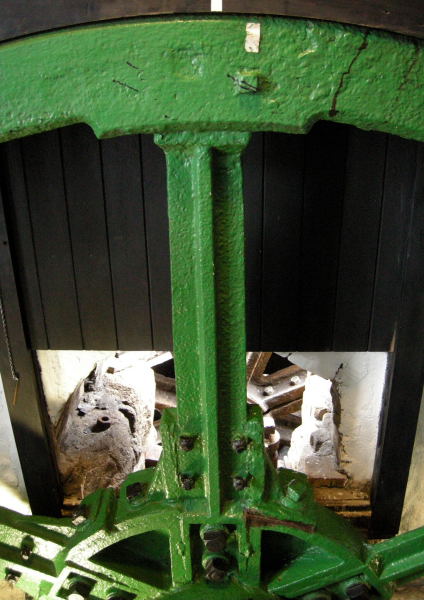 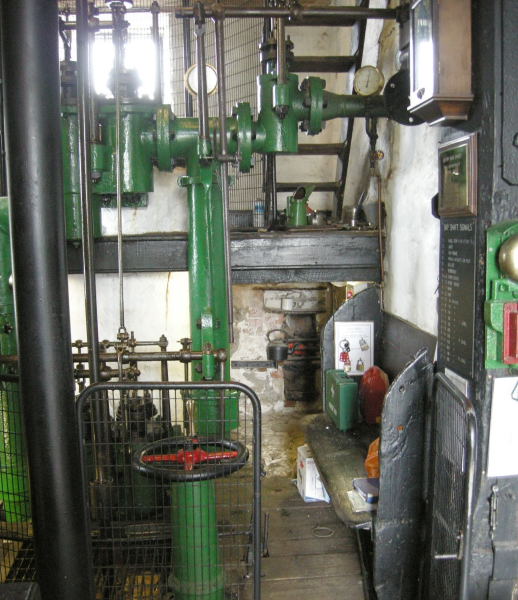 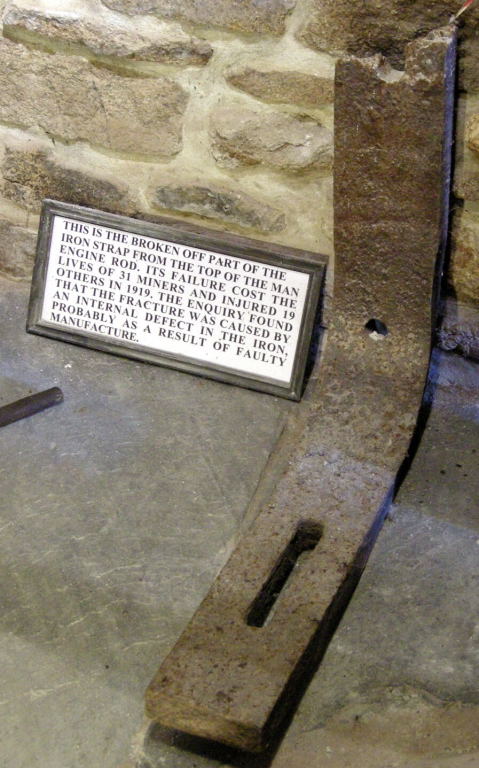 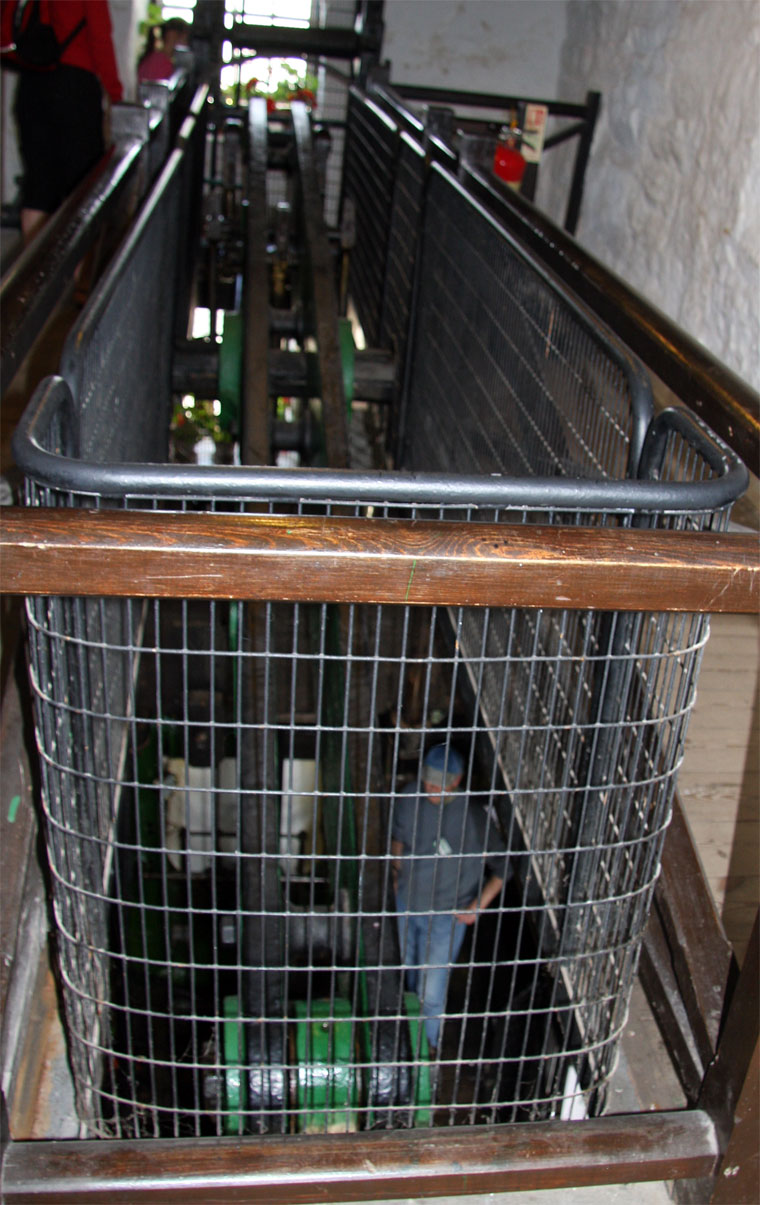 Over view of the beam. 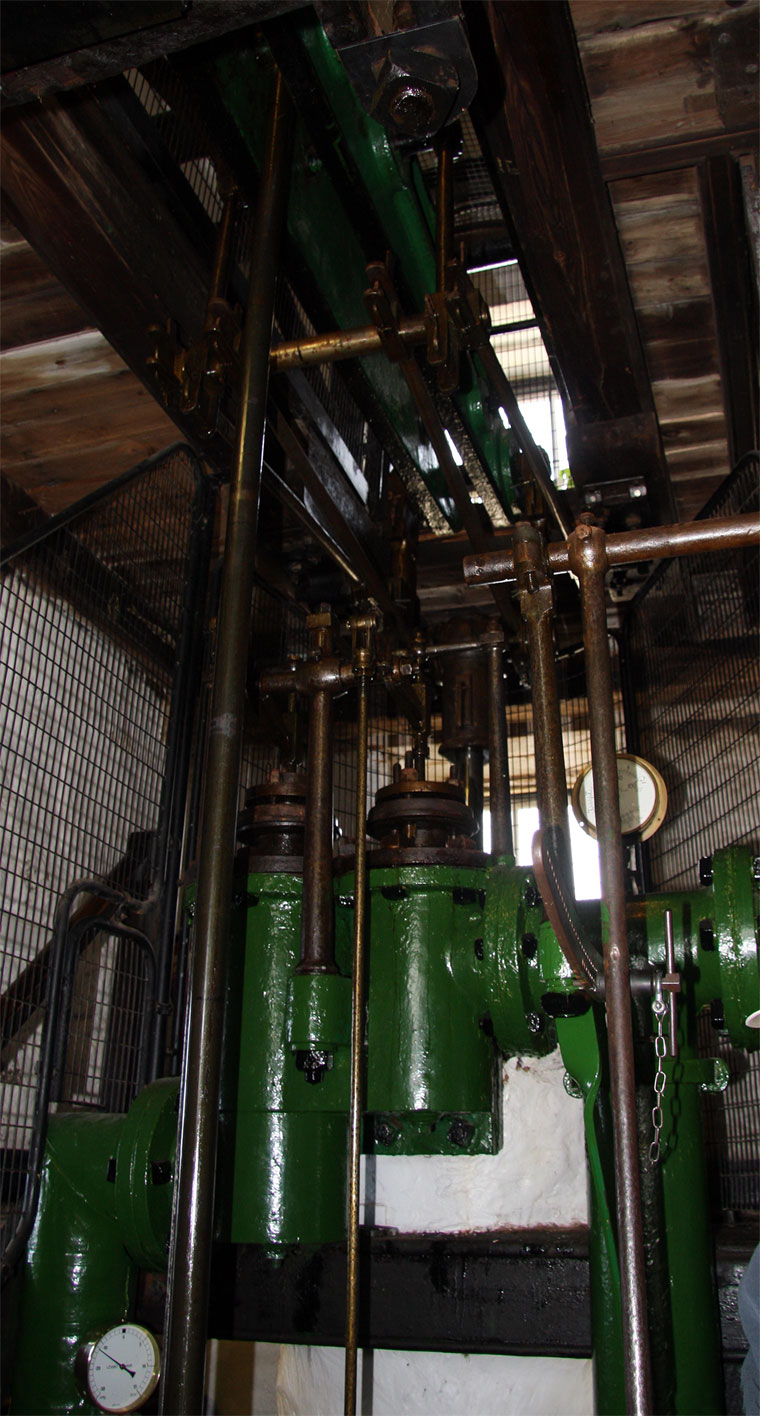 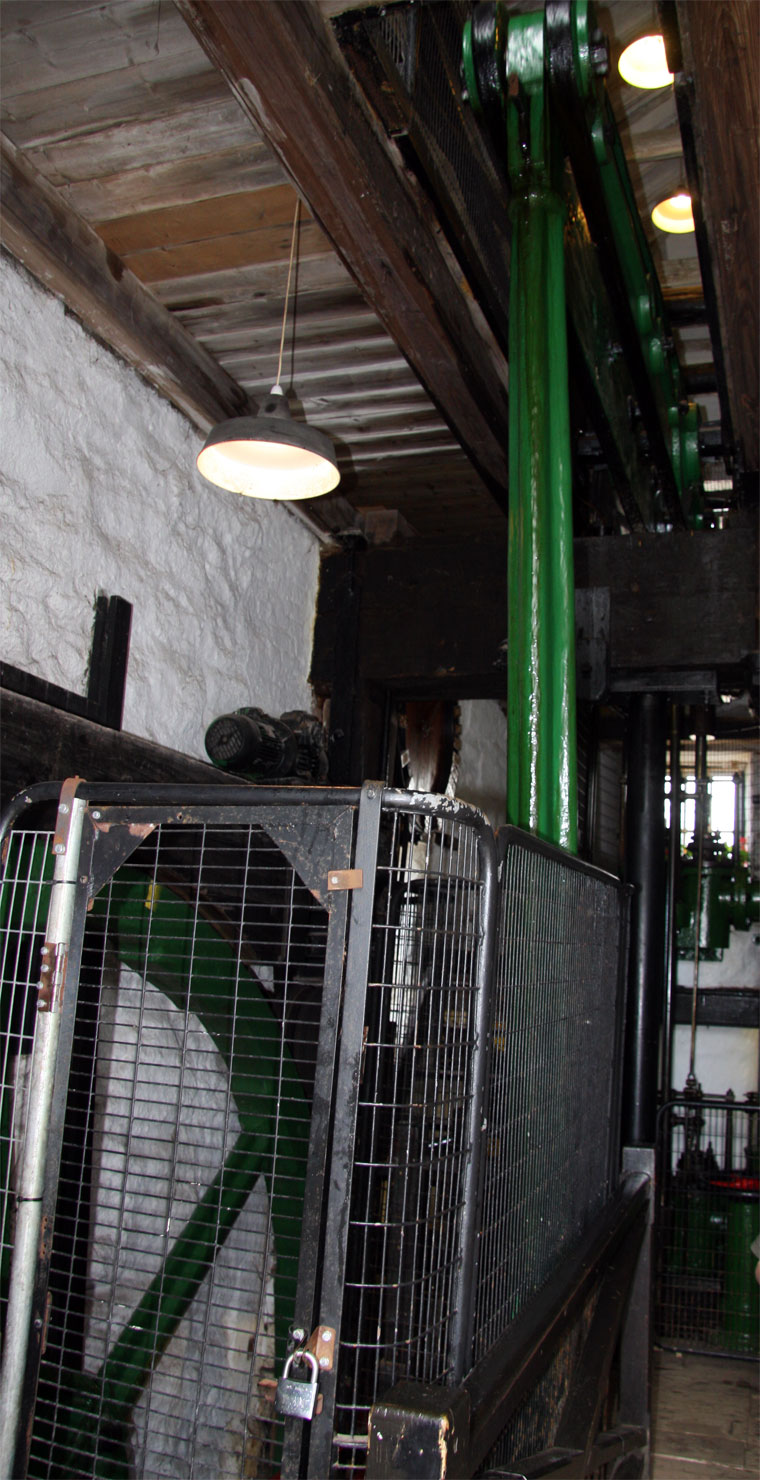 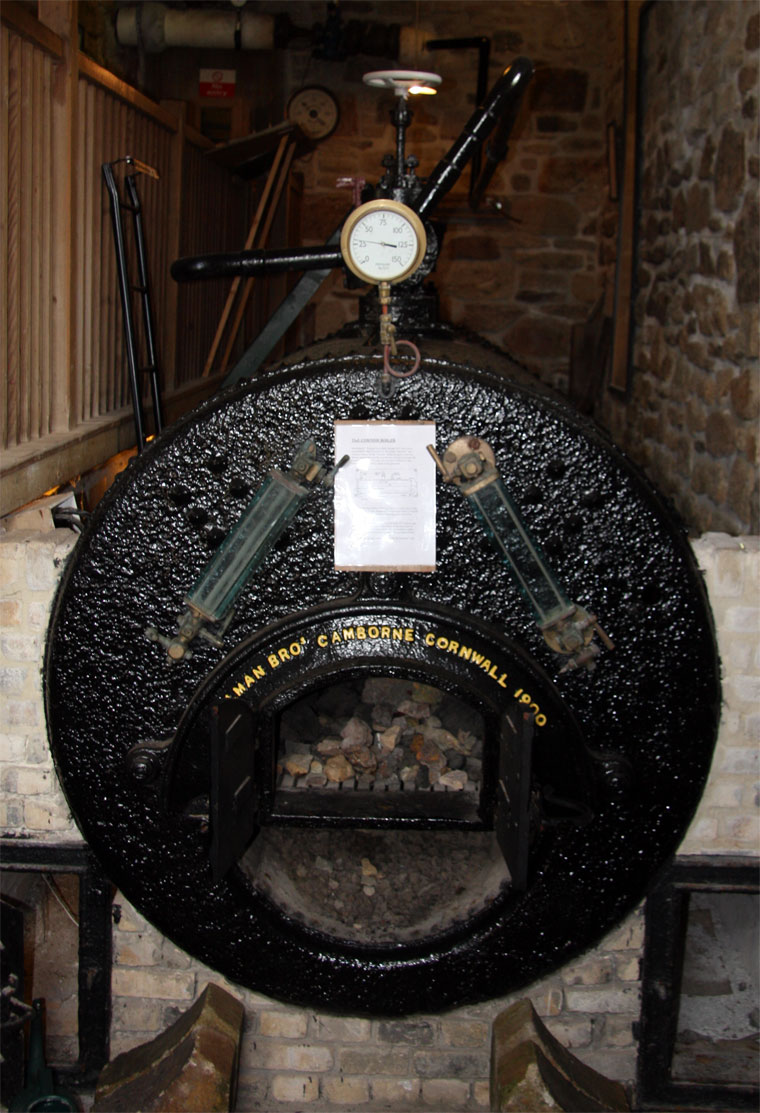 The massive boiler needed to generate steam to power the beam engine. Made by Holman Brothers of Camborne.

Map of the underground workings at Levant. 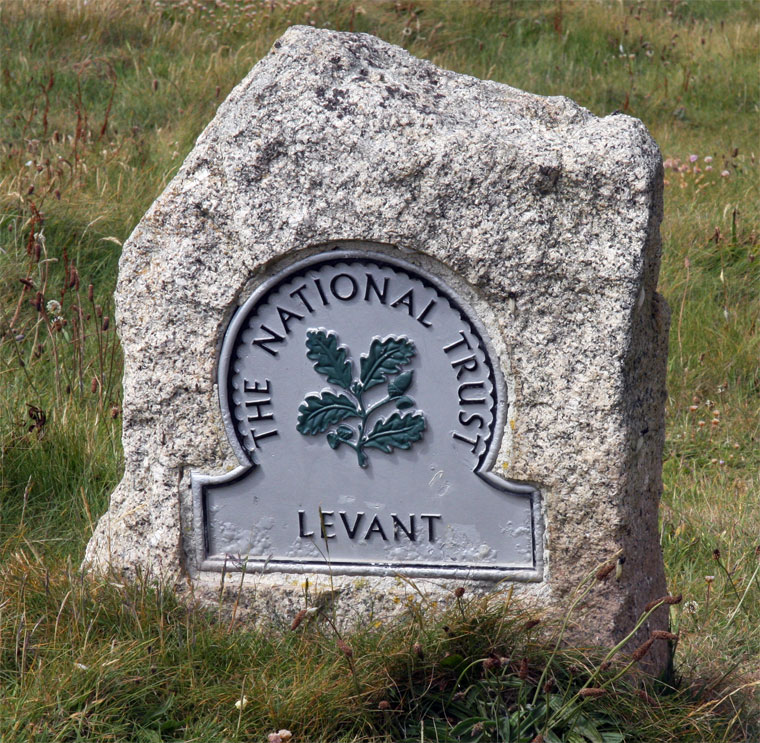 This is an 1840 Cornish beam engine preserved by the National Trust.

Cornish mine and beam engines were used to pump water out of mines, to raise the ore up and to power the 'stamps' that crushed the ore. Their ruined houses are scattered throughout the old mining districts of Cornwall. The engines were developed from the 1790's and started with high pressure steam until James Watt developed the low pressure beam engines. The piston was forced out by the steam in the cylinder which lifted the beam (bob). The size or power of the engine was described by the diameter of the cylinder in inches. The beam engine at Levant is a 27 inch engine. THere is a 90 inch engine preserved at Taylor's shaft in Pool.

The engine at Levant is known as a 'whim'. It produced a rotary motion through a connecting or 'sweep' rod, via a crank to a rotating shaft. A flywheel gave this shaft momemtum. The engine at Levant was 'double-acting', meaning that steam was admitted into both ends of the cylinder consecutively. The single -acting engines relied on the weight of the pump rods to produce the other stroke.

The Levant double-acting whim engine was built in 1840 to serve the Skip Shaft. The engine is braked by large wooden brake blocks sitting along the top and bottom of the flywheel. It is the oldes surviving engine in Cornwall and was designed by Francis Michell and built by Harvey and Co of Hayle. The piston has a stroke of 48 inches and the cylinder bore of 27 inches. The valves were originally worked by a plug rod and plug handle, but was rebuilt by Hocking and Loam in 1862.

The engine worked continuously from 1840 to 1930 when the mine closed. It is still in its original postion today.

Alongside the whim engine house is the pumping engine house. This contained a 45 inch engine built by Harvey and Co which ran for 90 years. The bob or beam for this engine pivoted on the bob wall at the front of the house, so half of the beam was outside.