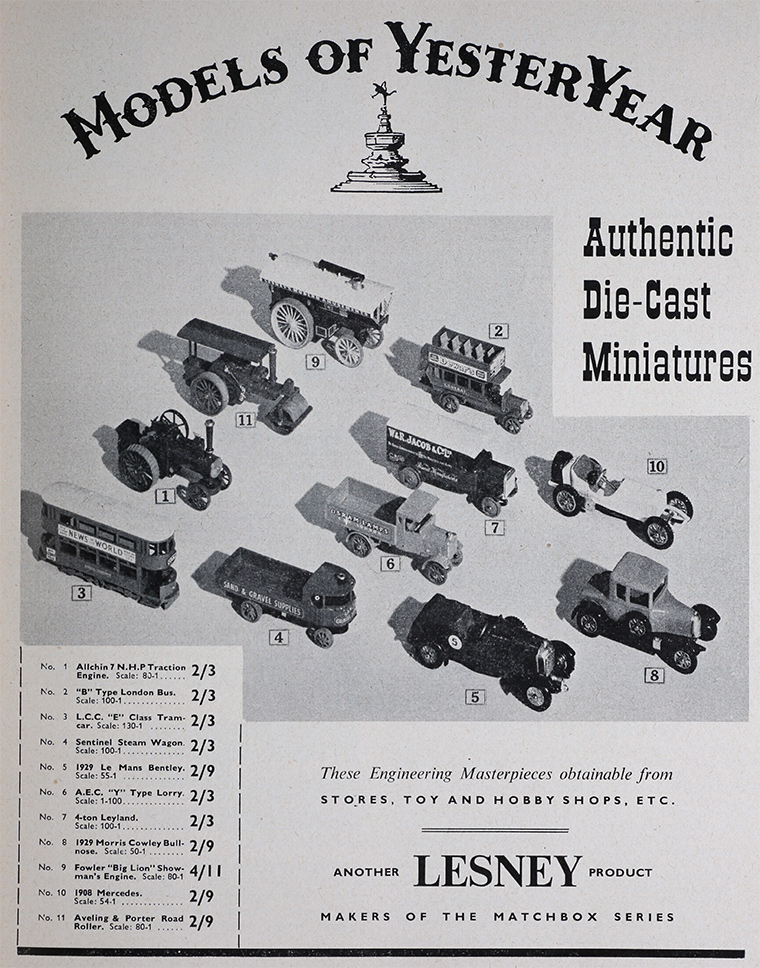 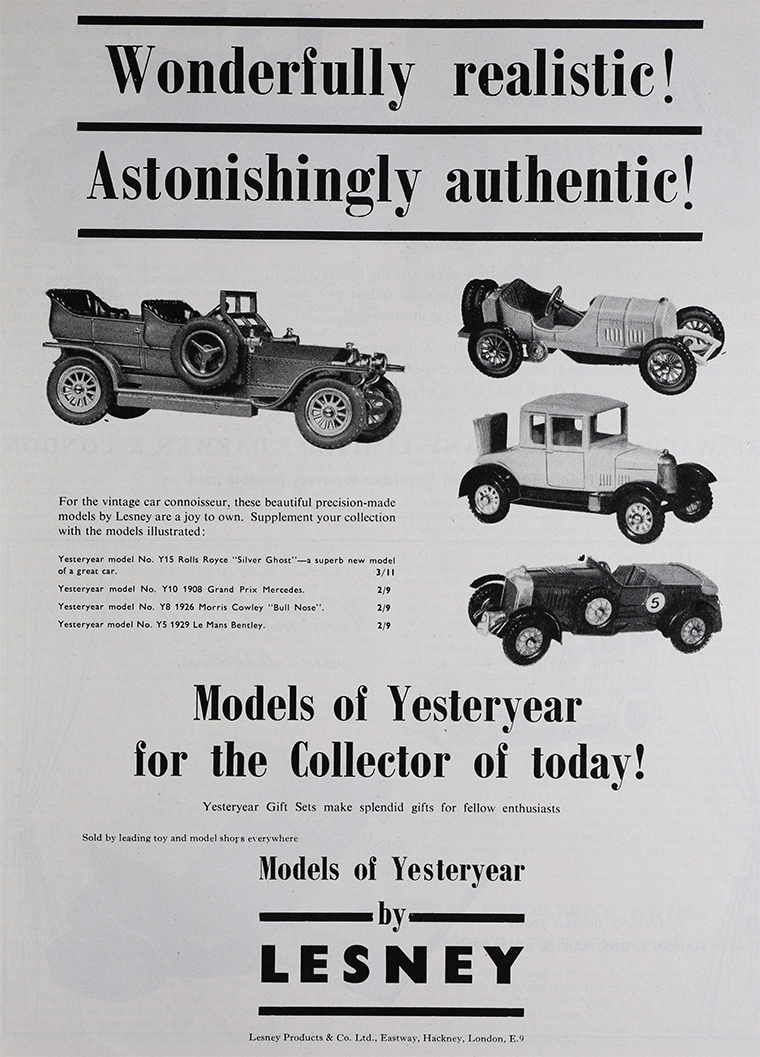 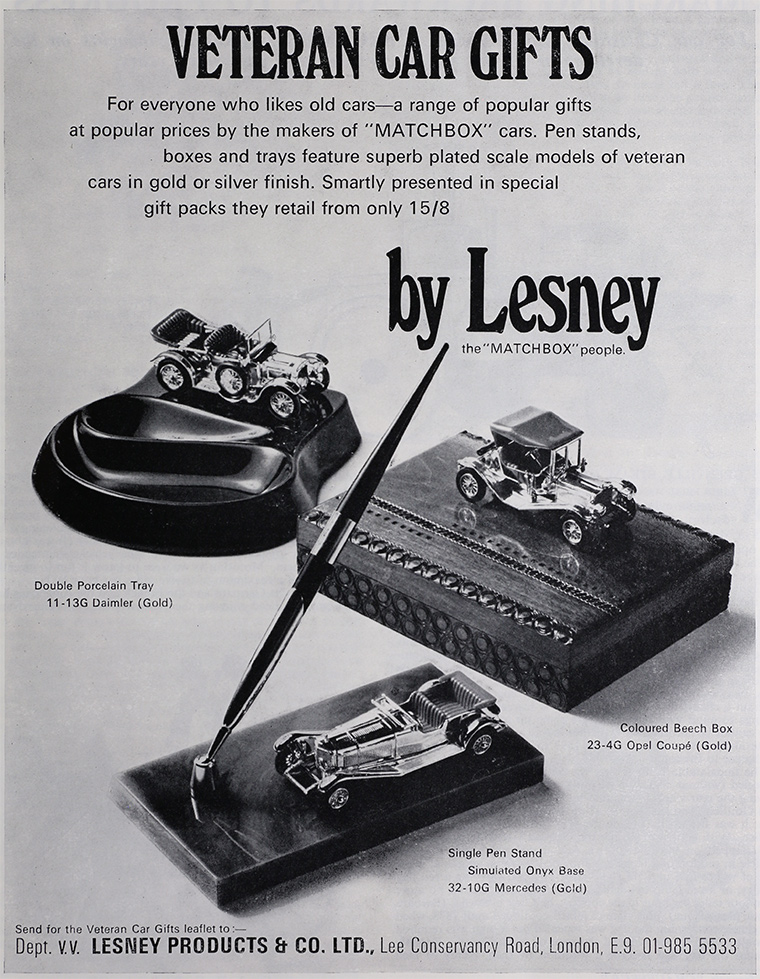 Lesney was a British manufacturing company responsible for the conception, manufacture, and distribution of die-cast toys under the "Matchbox" name.

1947 Founded as an industrial die-casting company by Leslie Smith and Rodney Smith. The two men were not related by blood; they had been school friends and served together in the Royal Navy during World War II. Shortly after the war ended they founded the company.

1948 They produced their first model toy – a die-cast road roller based clearly on a Dinky model (the industry leader in die-cast toy cars at that time) – in hindsight proves to be the first of perhaps three major milestones on the path to their eventual destiny.

1953 Production of a replica of the Royal State Coach. Two versions were created, the first in a larger scale, followed by a smaller-scale model.

Mr. Odell designed a toy for his daughter - a scaled-down version of the Lesney green and red road roller that could fit inside a matchbox. Based on the aforementioned size restriction, the idea was born to sell the model in a replica matchbox – thus also yielding the name of the series which would propel Lesney to worldwide, mass-market success. The road roller ultimately became the first of the Matchbox 1/75 scale miniature range; a dump truck and a cement mixer completed the original three-model release.

Lesney used a partner company, Moko (itself also named after its founder, Moses Kohnstam), to market/distribute its toys.

1966 Lesney received their first (of several) Queen's Awards for Industry.