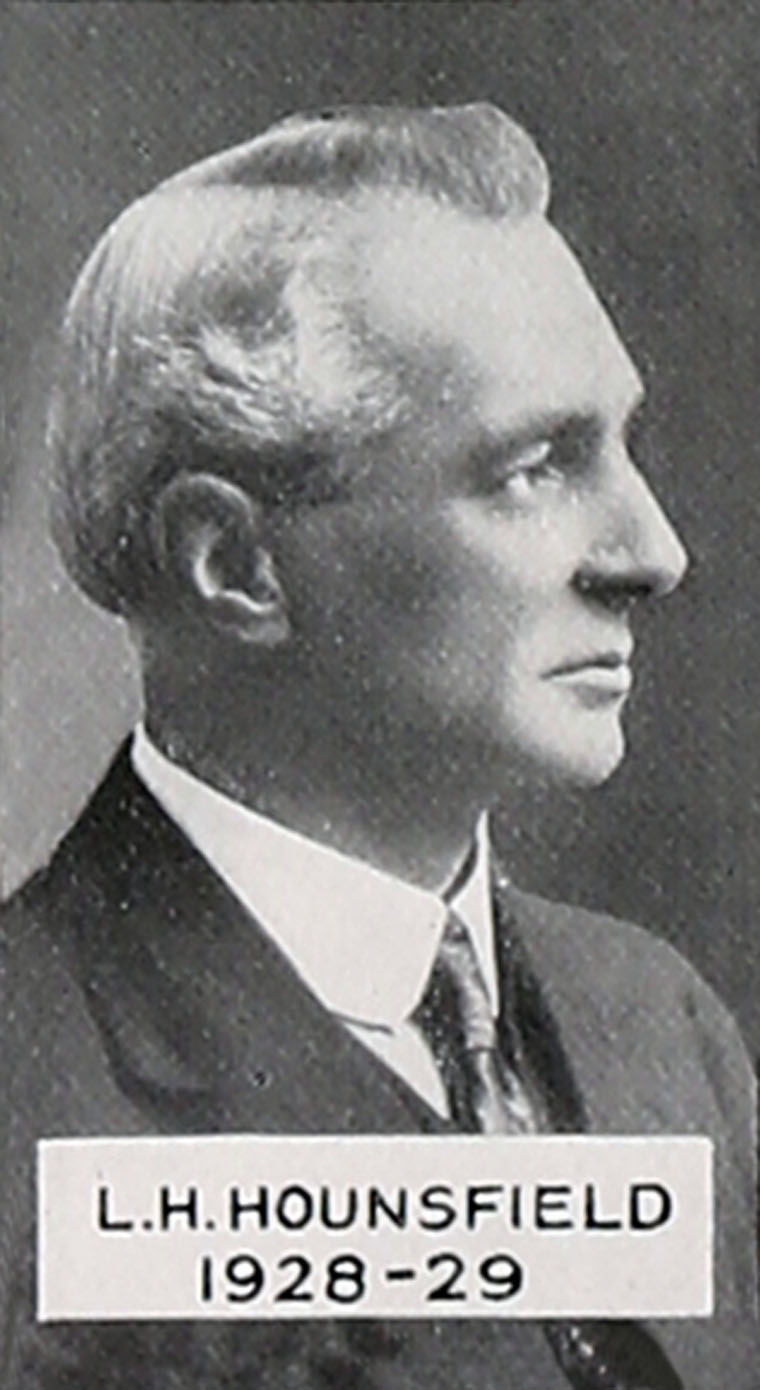 1904 He founded Polygon Engineering when aged 27, the name coming from the address of the premises, 65a The Polygon, Old Clapham Town, South London.

His first car was registered in 1913, it ran on solid tyres (which most manufacturers had abandoned at the turn of the century). Hounsfield proclaimed that his engines had just seven moving parts (four pistons, two con rods and one crankshaft).

In August 1923 Hounsfield retired as managing director and became Leyland's chief engineer in their Trojan Department.

In late 1928 Leyland gave the company notice to quit their works, followed by the cancellation of the licensing agreement early the next year. A large part of 1929 was therefore spent in moving production to Purley Way.

Commercial vehicle production restarted in 1948 and ceased in 1964.

During his time a Trojan, Leslie Hounsfield had patented a folding spring-frame camp bed, which was made in the Trojan factory.

In 1933, aged 56, he left Trojan to set up on his own as a small manufacturer making metal testing instruments as well as the camp bed. The business called Hounsfield lasted in to the 1950's.

Leslie Haywood Hounsfield, who was born in 1877, received his education at Brighton Grammar School and Battersea Polytechnic. He was apprenticed to James Simpson and Sons, Ltd. (later Worthington-Simpson, Ltd.), and in 1898 he obtained a Whitworth Exhibition and entered the Royal College of Science. His career was interrupted by service in the South African war; later he spent some time assisting Col. R. E. B. Crompton, and then with Ransomes, Sims and Jefferies, Ltd.

For many years he was engaged on research on internal-combustion engines, and was the designer of the 'Trojan' motor car. He was Managing Director of Trojan, Ltd., Croydon, for several years, and was at one time connected with Leyland Motors, Ltd. Mr. Hounsfield was responsible for 15 patents in connection with motor cars.

Mr. Hounsfield served as President of the Institution of Automobile Engineers in 1928-29, on whose Council he served continuously for 40 years. He had a profound effect upon its educational policy and was awarded the Institution Medal in this connection. He worked selflessly in all areas of I.A.E. activity and fully lived out the message of his Presidential Address which he entitled 'The Integrity of the Technical Man'.