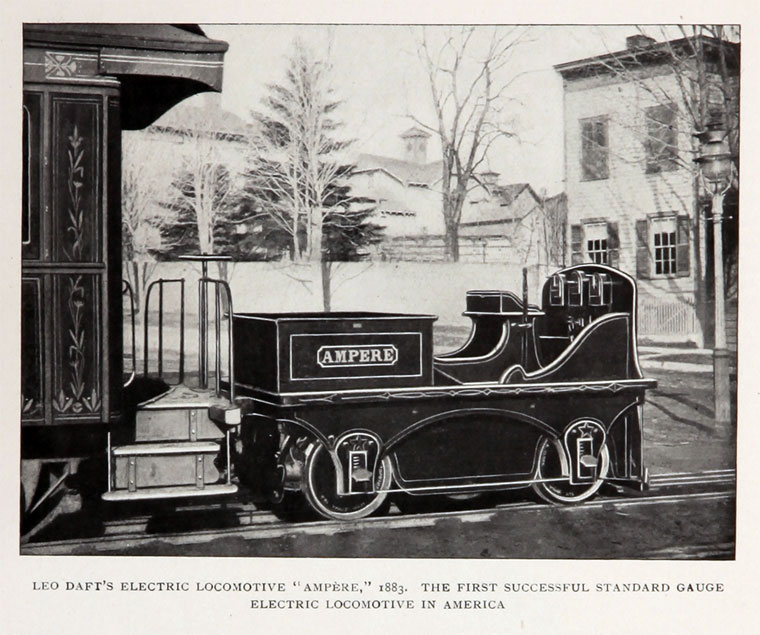 Leo Daft was the son of Thomas B. Daft (1816-1878) and Emma Matilda Sturges (1814-1863). Thomas Daft, an engineer, ran Daft and Co, makers of greenhouses, conservatories, etc. In 1858, Leo was a draughtsman for the company. He became interested in electrical engineering, and emigrated to New York City in 1866. In 1867 he was in Philadelphia and took up photography, and then opened a studio in New York City in 1869, In 1871 he married Catherine Anna Flansbaugh (1843-1917). He relocated his studio to Troy, New York. In 1878, he embarked on a career in electric light and power generation, undertaking major work in New York City, Seattle, San Francisco, and New Jersey. He built one of the first electric locomotives.[2]