1865 Lenoir gas engine made by Reading Ironworks Co, at the Science Museum 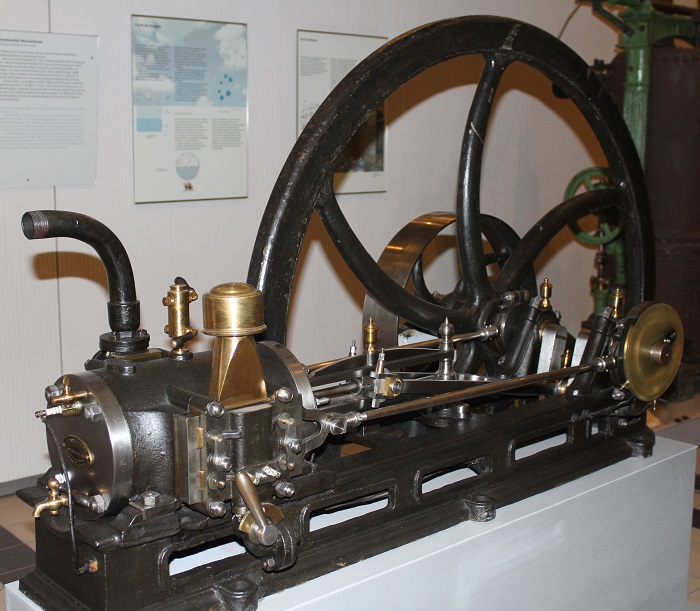 Etienne Lenoir took out a French patent in 1860 for a gas engine with the charge ignited by an electric spark. Lenoir's engine was commercialized in sufficient quantities to be considered a success, a first for the internal combustion engine.

The Musee des Arts et Metiers have two horizontal gas engines on display. One was constructed in 1861, and the other in 1862. The 1861 engine has a plate naming Etienne Lenoir as the constructor, rue de la Roquette, and Goriot aine as the chef d'atelier. The museum's online information names the maker of the 1862 engine as Lefebvre, Constructeur, rue de la Roquette, Paris.

400 engines built in Paris by several firms, mainly Hippolyte Marinoni and Lefebvre. One of the French engines, used by the Compagnie parisienne d’éclairage et du chauffage par le gaz, is on display in Vienna Technical Museum.

100 engines were built by the Reading Iron Works. One of these is on display in the London Science Museum.

A number of engines were made in the USA by the Lenoir Gas Engine Co in New York.

The cylinders, valves, and flywheels of the French and British examples are very similar, but most of the other details (bedplate, crosshead, etc) are different.

Note: In 1883 Lenoir brought out a new type of engine, using petroleum as the fuel.[1]