Grace's Guide is the leading source of historical information on industry and manufacturing in Britain. This web publication contains 146,047 pages of information and 231,597 images on early companies, their products and the people who designed and built them. 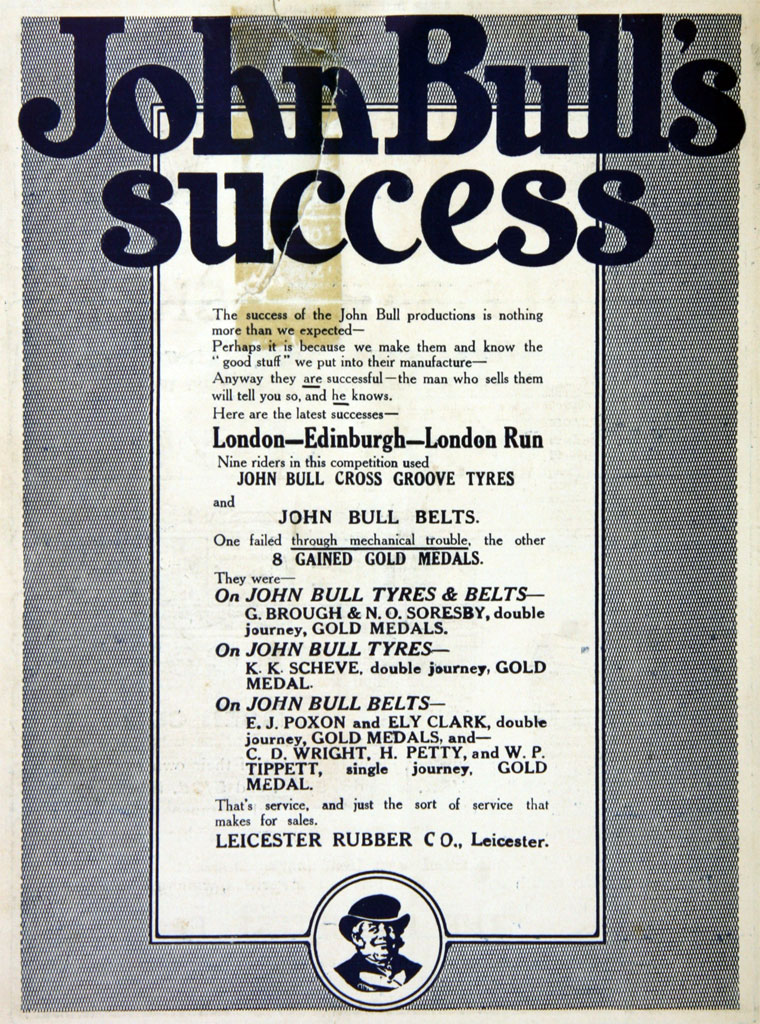 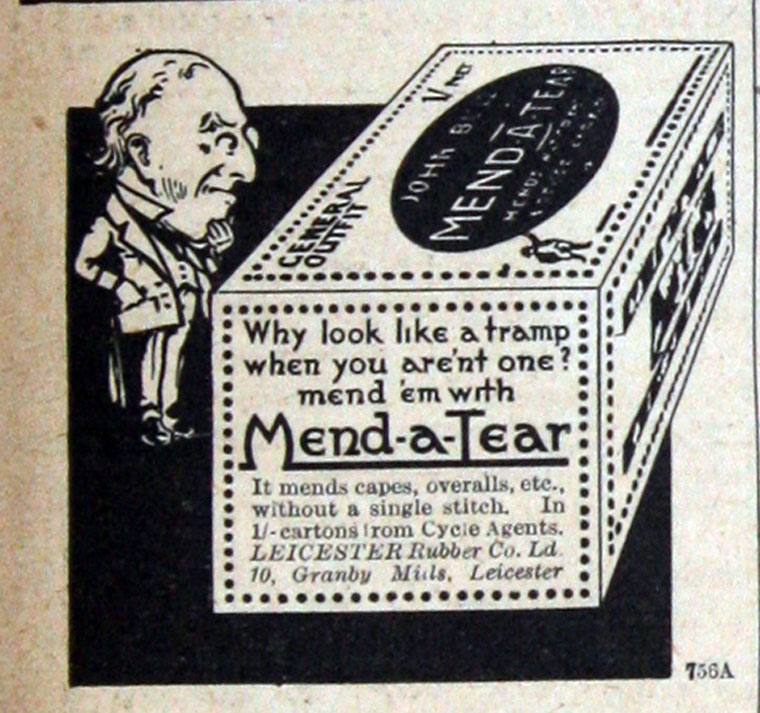 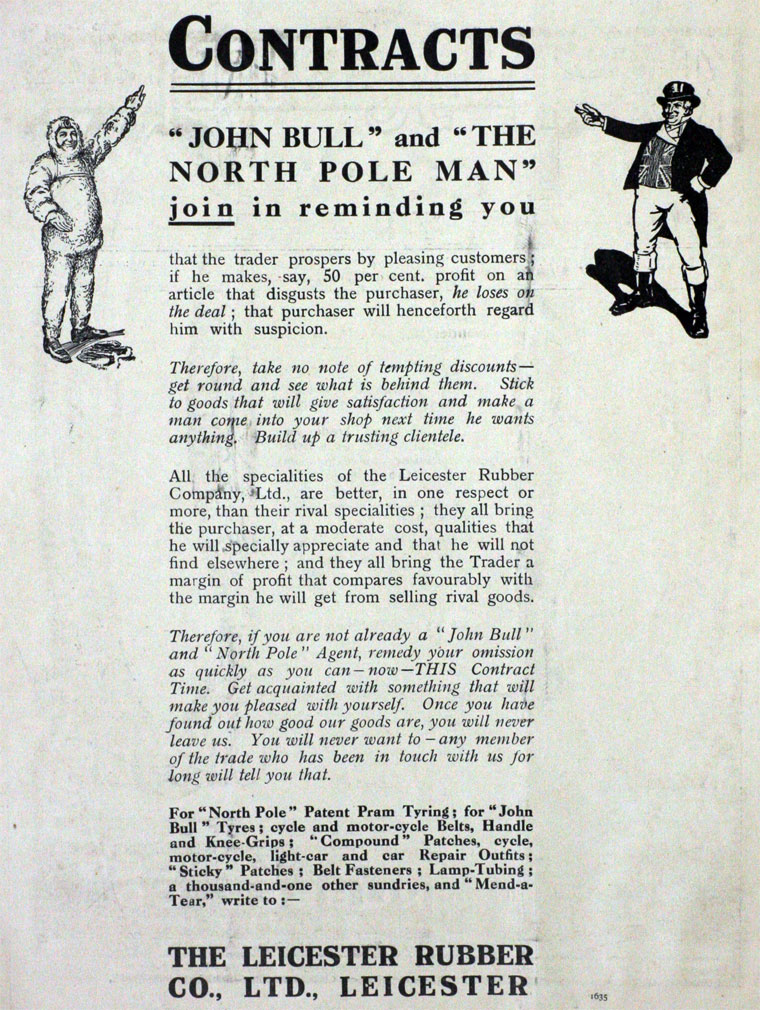 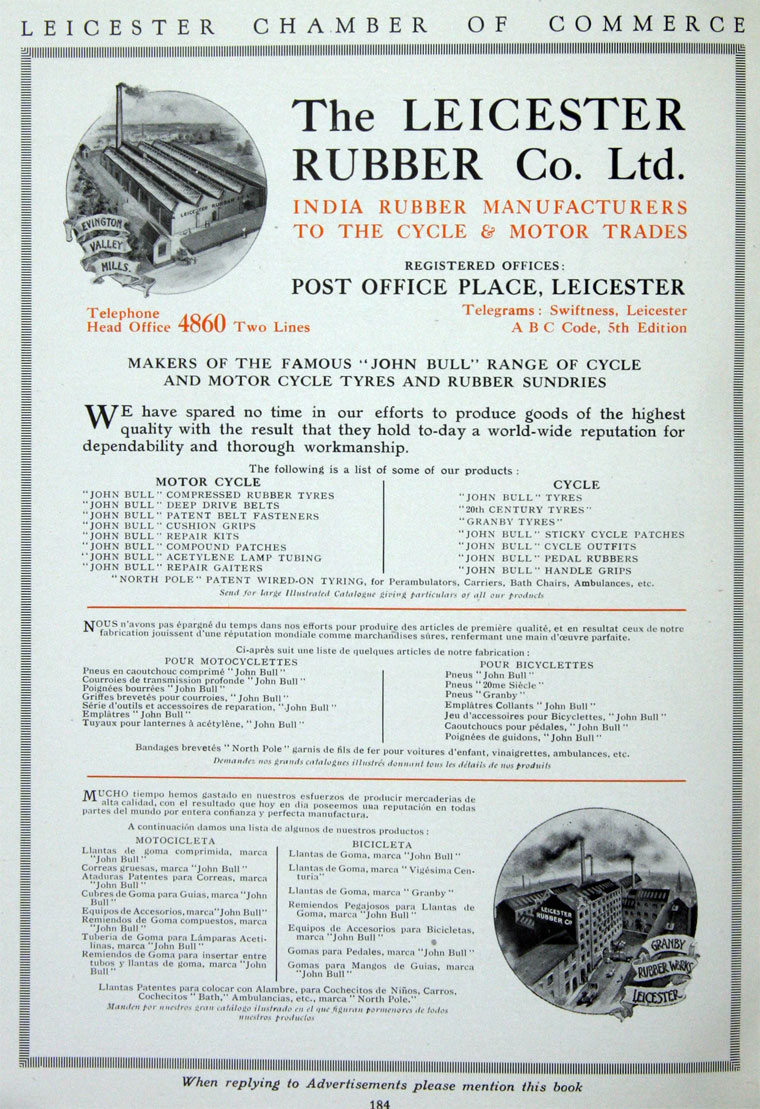 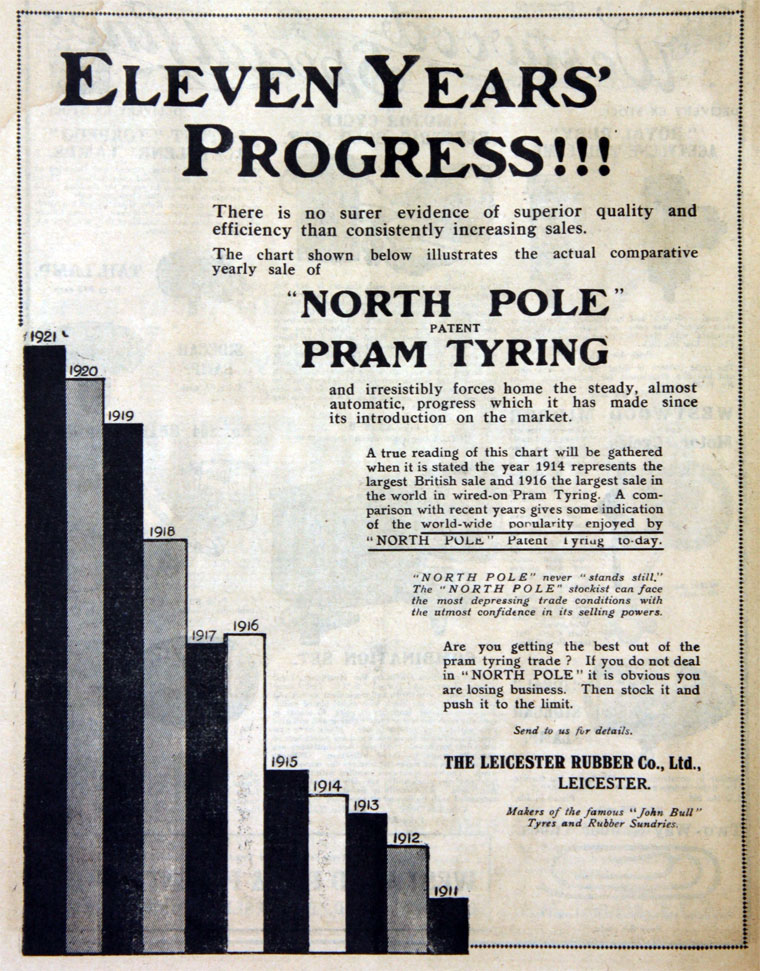 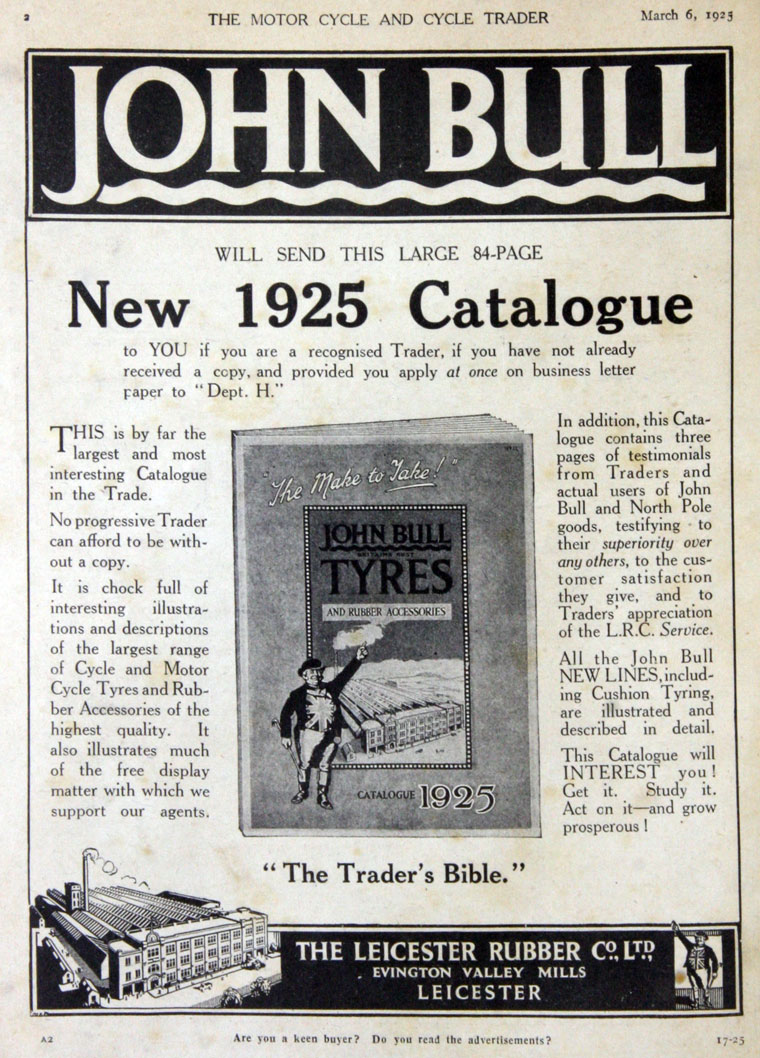 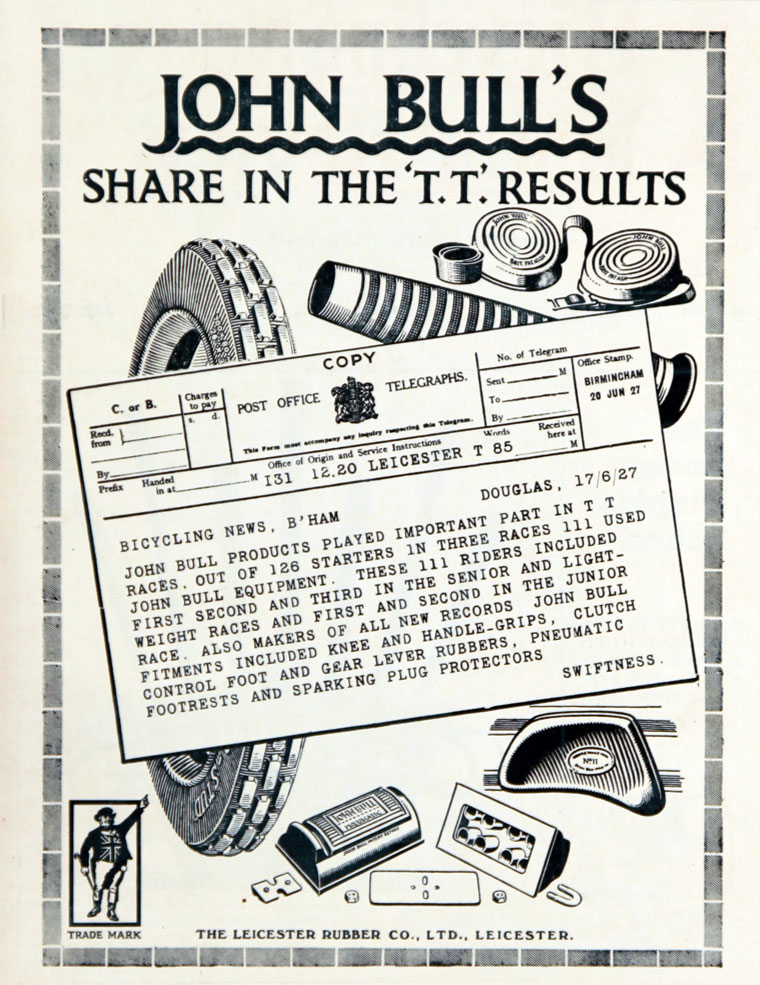 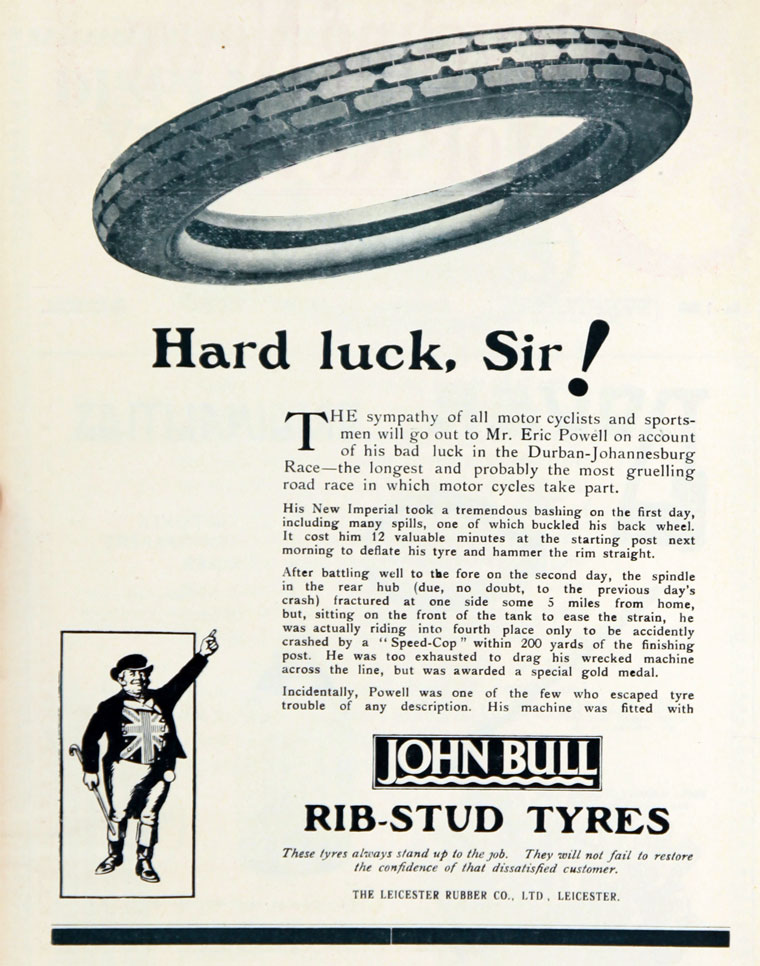 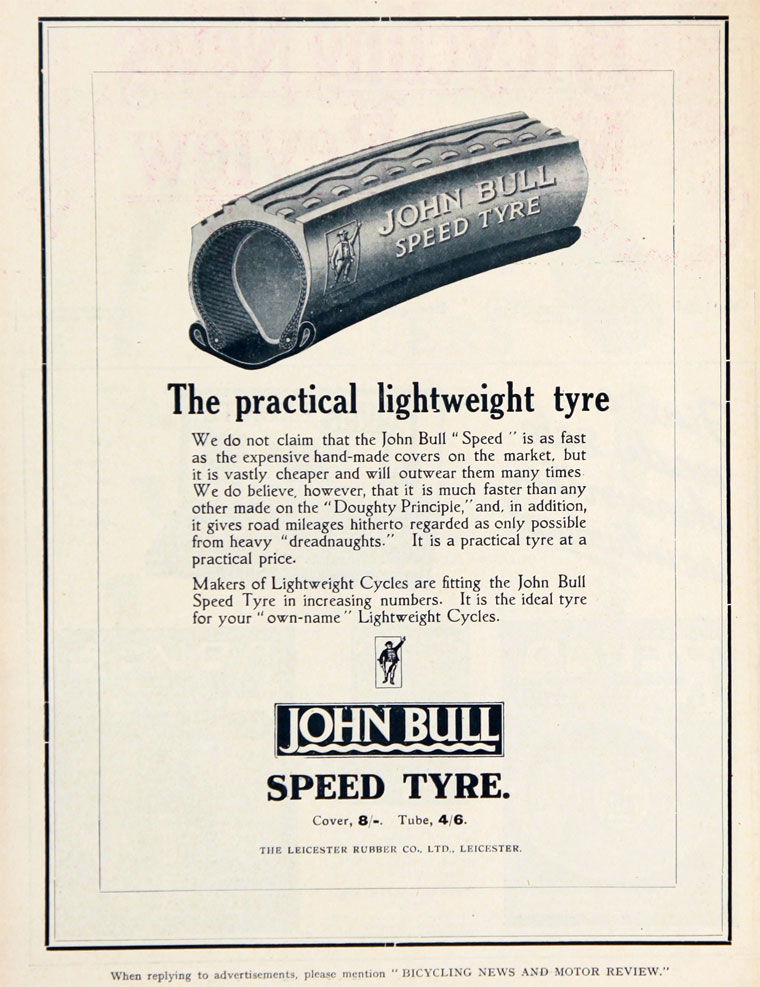 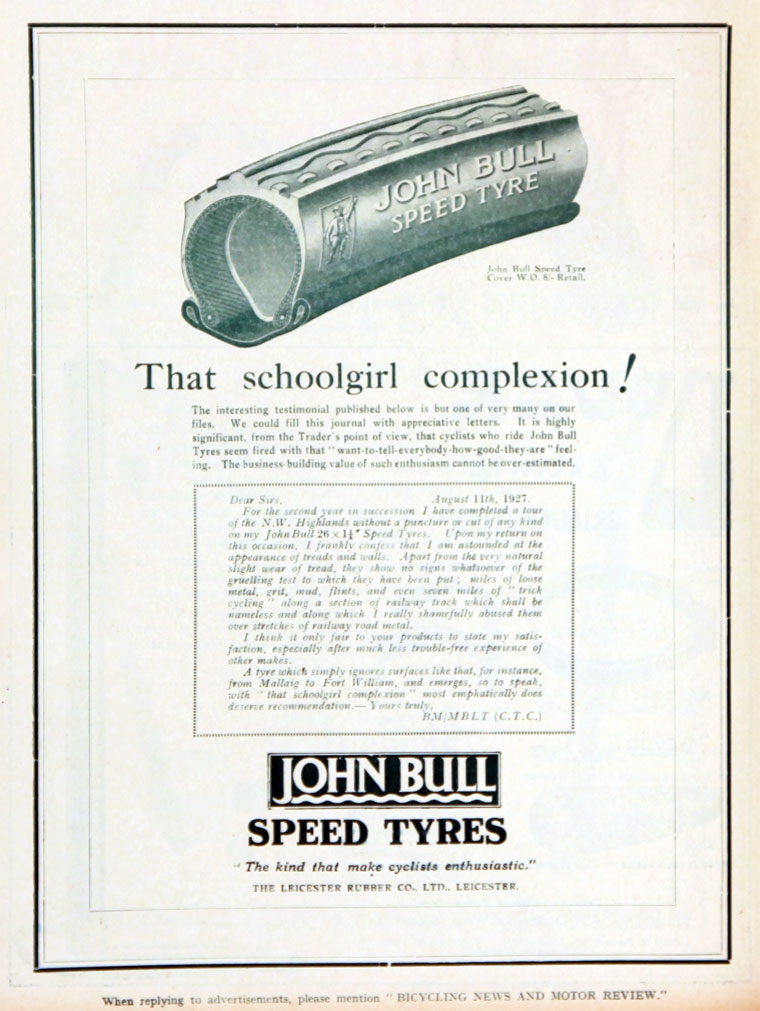 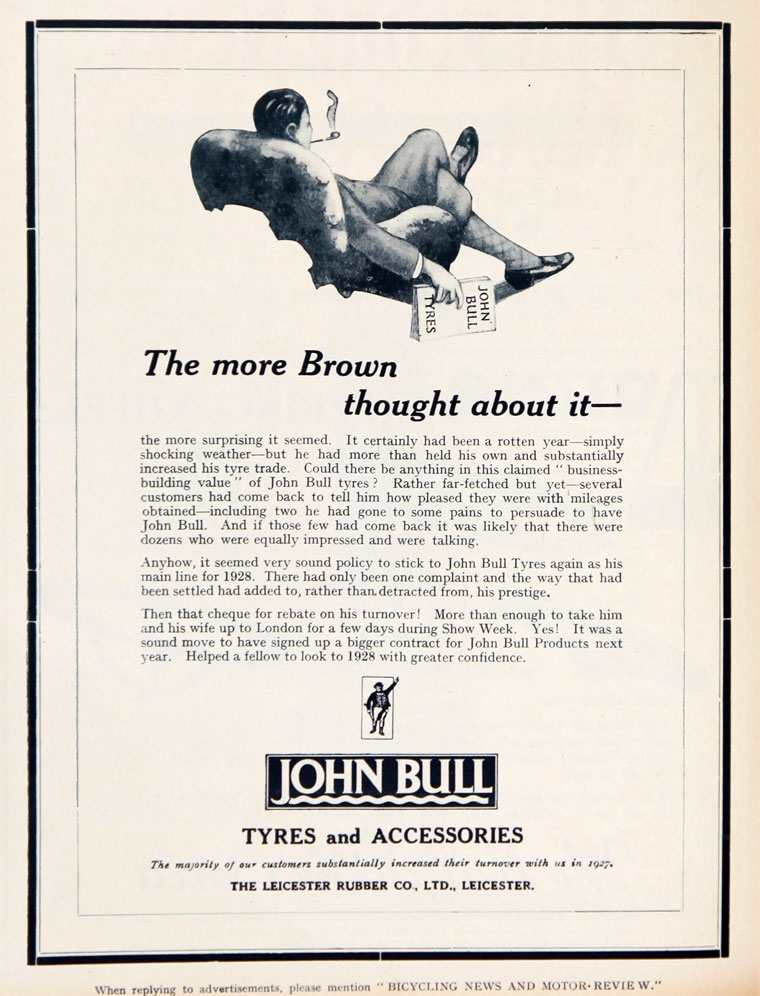 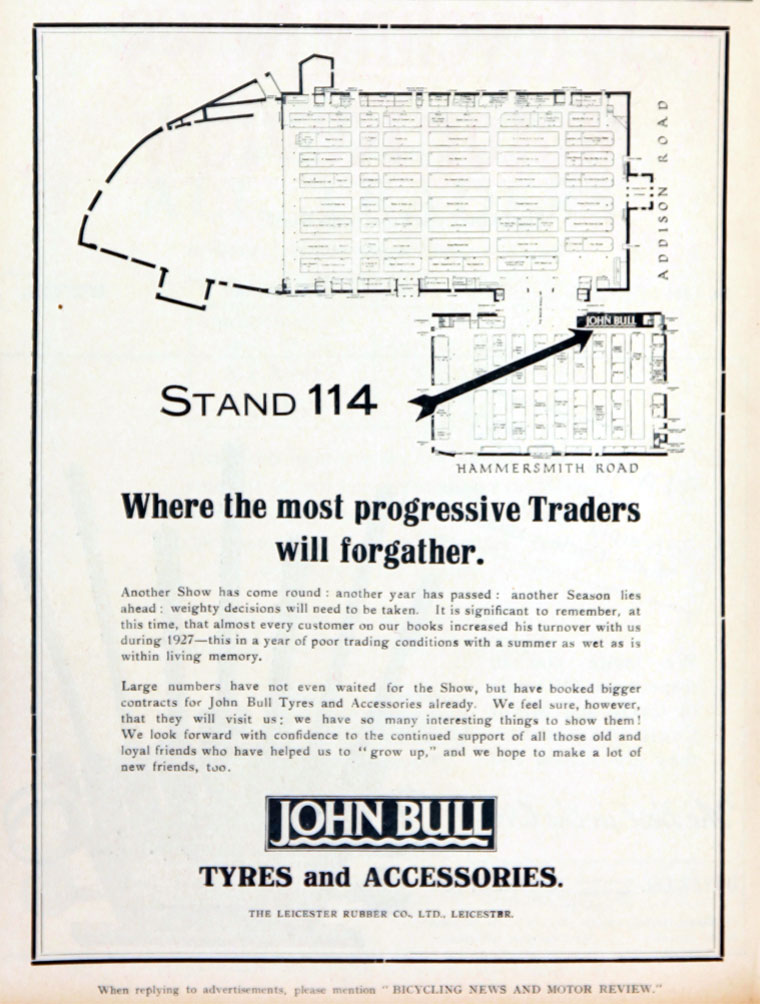 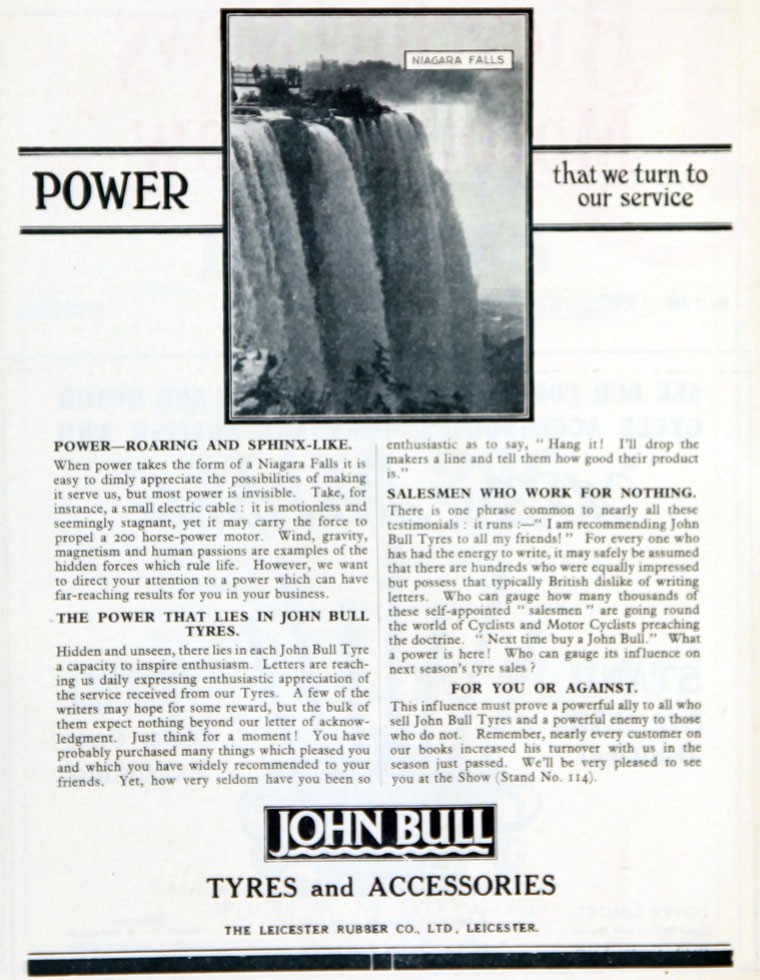 1906 John Cecil Burton, then aged 28, conceived the idea of factoring rubber products and on 27th February 1906 with his small personal savings of £400 he opened a small warehouse in Granby Plaes, Leicester. Two weeks later he was joiend by his 19 1/2 year old brother Hubert Henry Burton, and together they formed a partnership under the name of Leicester Rubber Company, initially selling imported cycle tyres.

1915 A site for manufacturing premises was established at Evington Valley Road, then on the very outskirts of Leicester.

1934 The name of the company was changed to John Bull Rubber Co Ltd. and became a public company.