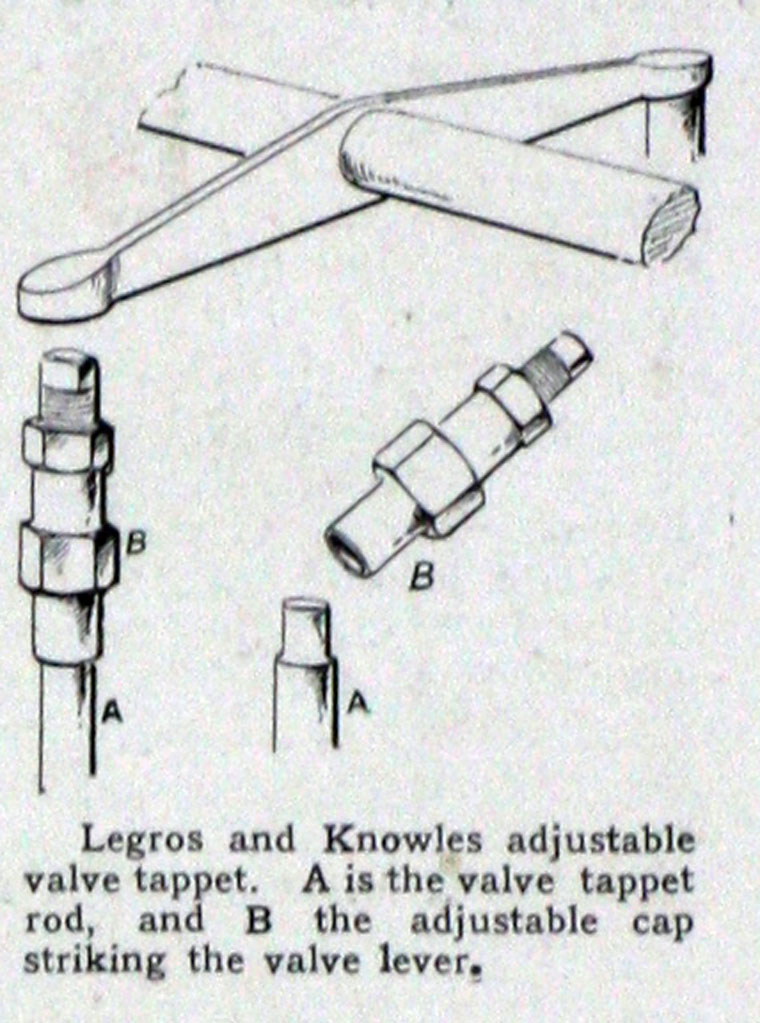 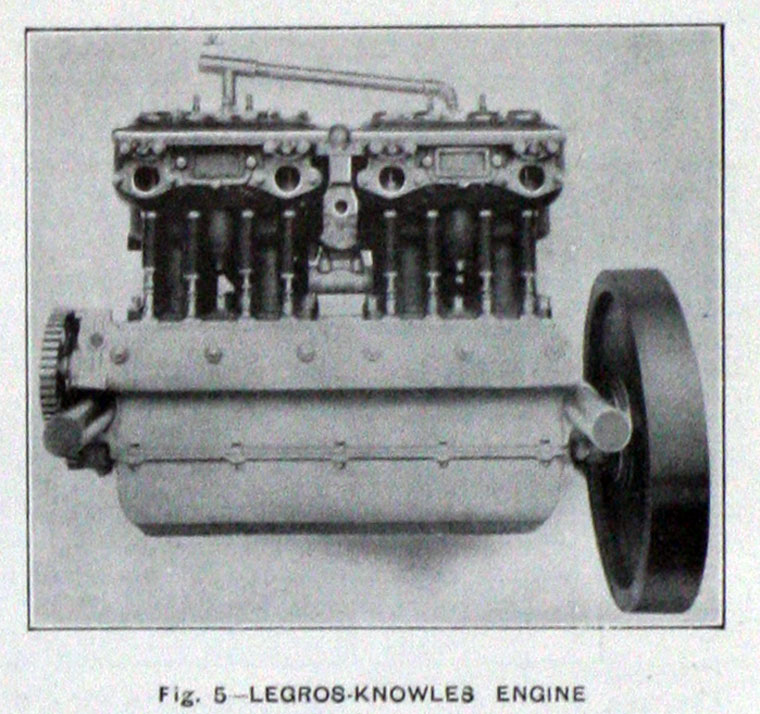 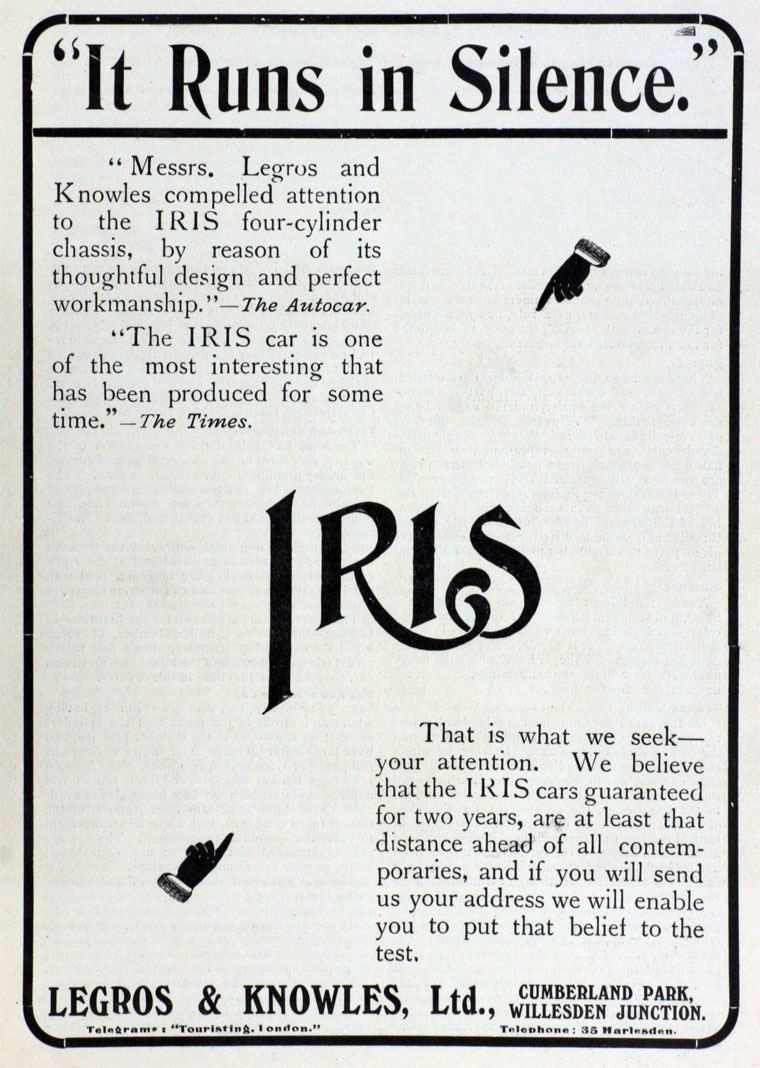 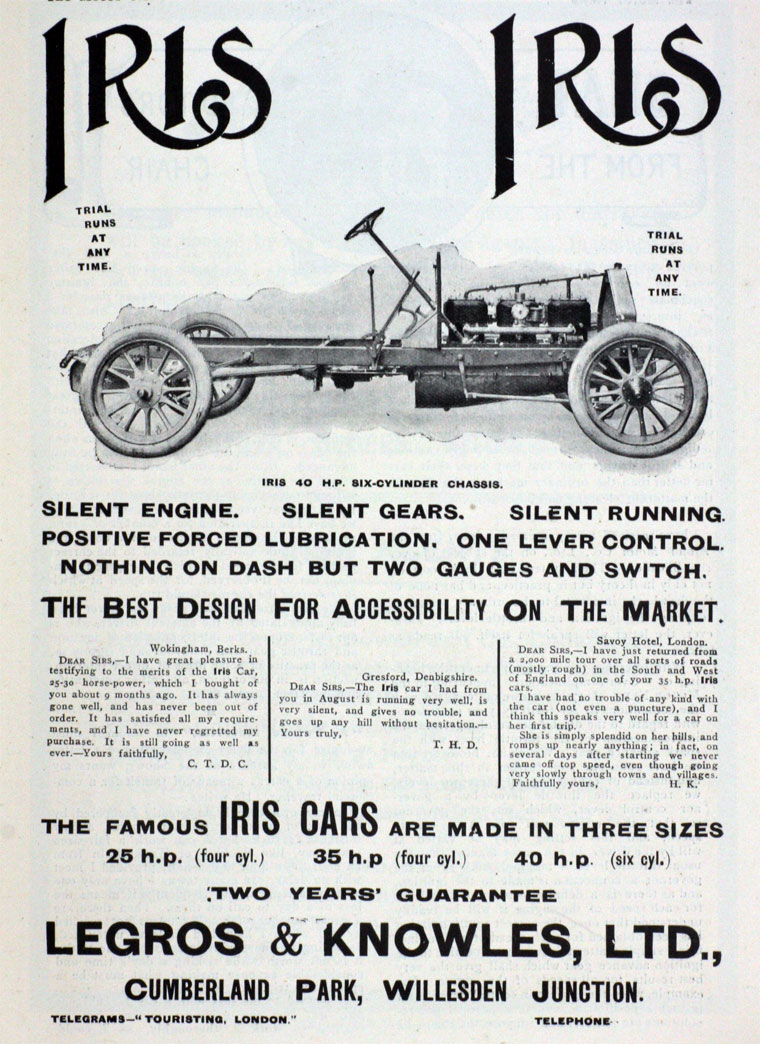 1904 Lucien Alphonse Legros took Guy Knowles into partnership as Legros and Knowles, manufacturers of the Iris car, which became "well-known".

1908 The three Iris models made by Messrs. Legros and Knowles, of Willesden Junction, London, were the 2 5h.p., the 35 h.p. — both of these being four-cylindered — and the 40 h.p. six-cylinder. They were sold by Messrs. The Iris Cars, of 19, Great Portland Street, London, W.