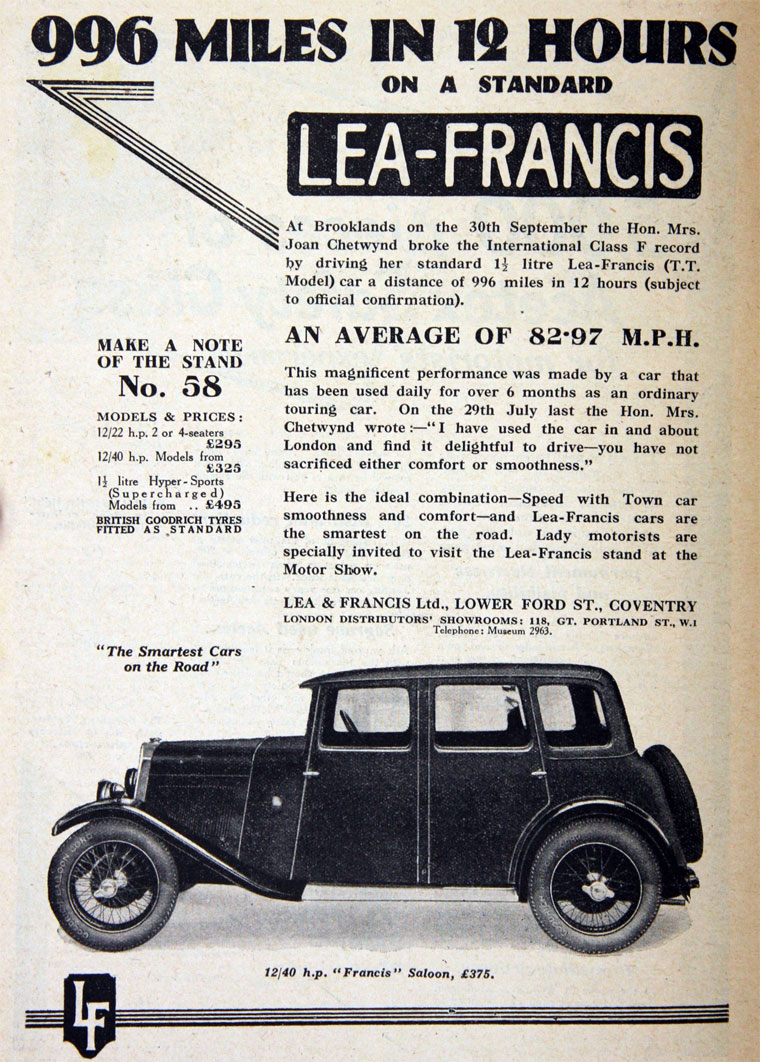 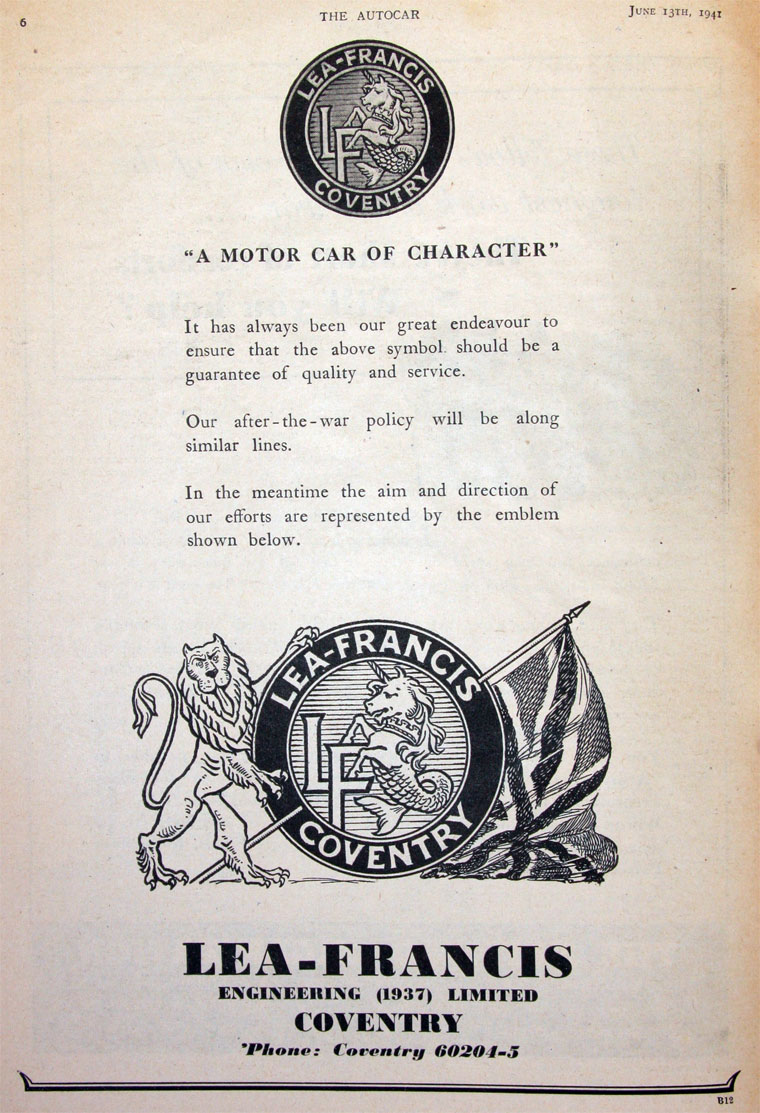 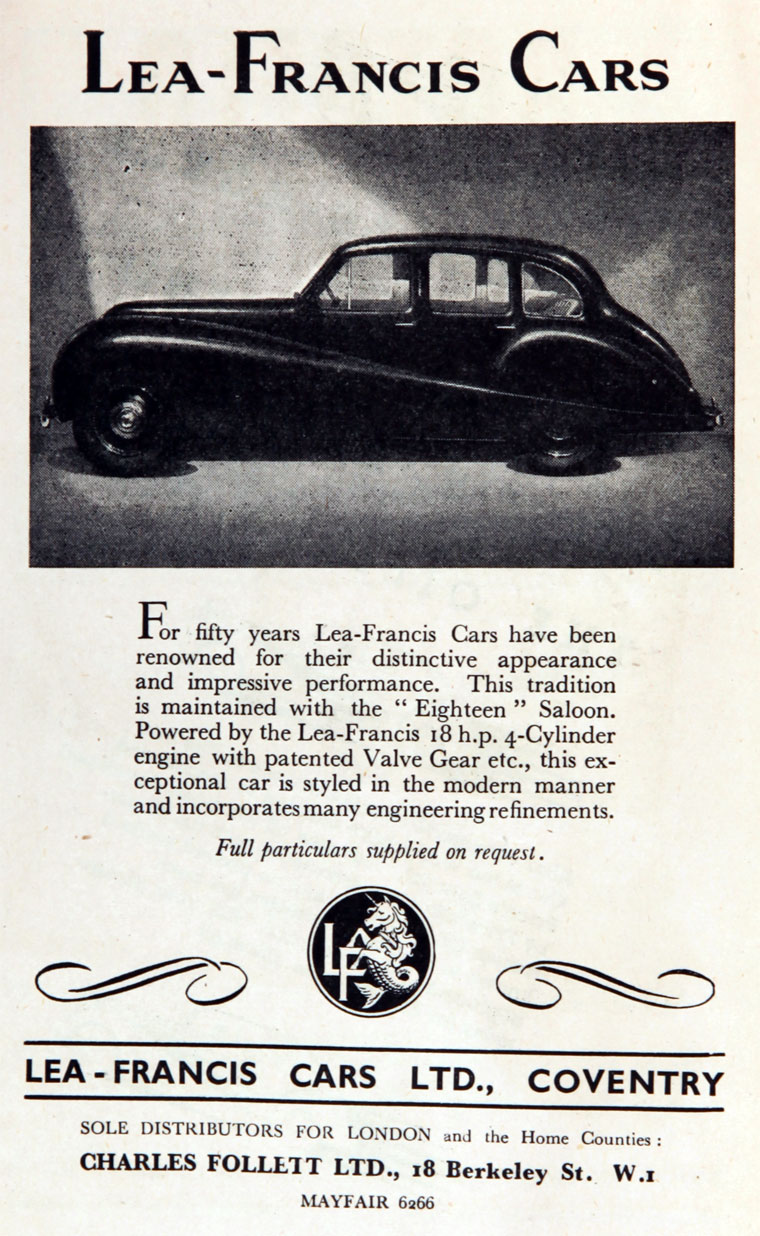 1903 They branched out into car manufacture. Lea-Francis built cars, under licence, for the Singer company.

1903 Established the Lea and Francis Motor Syndicate with the addition of J. H. Hampson as a director. The first 15-hp model was developed by Alexander Craig.[2]

1912 Listed in Spennell's directory of Coventry as Cycle Manufacturers. [5]

c1930 Split from the Vulcan Motor and Engineering Co

1937 The company had a chequered history with some notable motorcycles and cars, but financial difficulties regularly arose. The Hillfields site was abandoned in 1937 when it was sold by the receiver and a new company, under the name Lea-Francis Engineering (1937) Ltd, moved to Much Park Street in Coventry. It survived there until 1963, when the company was finally wound up.

1963 The motor manufacturing parts of the company passed into the hands of the Receiver leaving Lea-Francis to continue with their engineering business.