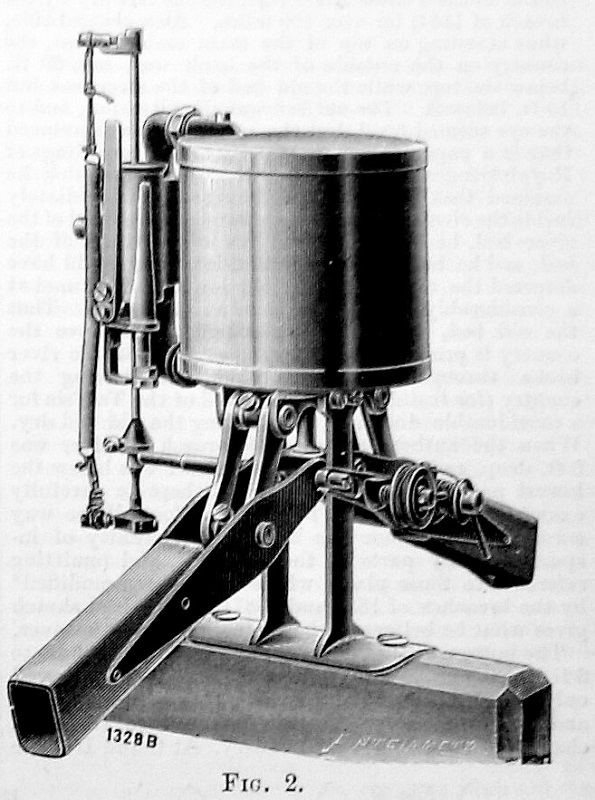 He emigrated to Australia with his family, arriving in Sydney on 5 November 1865 on the La Hogue. He circumnavigated Australia on the Ellesmere after being offered a place. Although he had shown ability in mathematics at his English school he failed the matriculation examination.

1867 Took on an engineering apprenticeship with the Australasian Steam Navigation Company in Sydney.

1872 As an engineer, he went on a voyage to New Guinea but his ship, Maria was wrecked.

1875 He sailed as an engineer on William John Macleay's expedition to the Gulf of Papua.

From October 1875 to January 1876 he was exploring the hinterland of Port Moresby under Octavius Stone, and in April 1876 went on another expedition under Luigi D'Albertis for over 400 miles up the Fly River. He returned to Sydney, joined the Royal Society of New South Wales in 1877, and in 1878 became an assistant astronomical observer at Sydney Observatory. He held this position for about five years, retired in 1883 with a moderate competency, and gave the rest of his life to research work.

Hargrave had been interested in experiments of all kinds from an early age, particularly those to do with flying machines. When his father died in 1885, and Hargrave came into his inheritance, he resigned from the observatory to concentrate on full-time research. and for a time gave particular attention to the flight of birds. He chose to live and experiment with his flying machines in Stanwell Park, a place which offers excellent wind and hang conditions and nowadays is the most famous hang gliding and paragliding venue in Australia.

In an astonishingly productive career, Hargrave invented many devices, but never once applied for a patent on any of them: he needed the money, but he was a passionate believer in scientific communication as a key to furthering progress. As he wrote in 1893:

"Workers must root out the idea that by keeping the results of their labours to themselves a fortune will be assured to them. Patent fees are so much wasted money. The flying machine of the future will not be born fully fledged and capable of a flight for 1,000 miles or so. Like everything else it must be evolved gradually. The first difficulty is to get a thing that will fly at all. When this is made, a full description should be published as an aid to others. Excellence of design and workmanship will always defy competition."

Among many, three of Hargrave's inventions were particularly significant:

He made endless experiments and numerous models, and communicated his conclusions in a series of papers to the Royal Society of New South Wales. Two papers which will be found in the 1885 volume of its Journal and Proceedings show that he was early on the road to success. Other important papers will be found in the 1893 and 1895 volumes which reported on his experiments with flying-machine motors and cellular kites.

Of great significance to those pioneers working towards powered flight, Hargrave successfully lifted himself off the ground under a train of four of his box kites at Stanwell Park Beach on 12 November 1894. Aided by James Swain, the caretaker at his property, the kite line was moored via a spring balance to two sandbags. Hargrave carried an anemometer and clinometer aloft to measure windspeed and the angle of the kite line. He rose 16 feet in a wind speed of 21 mph. This experiment was widely reported and established the box kite as a stable aerial platform (Hudson Shaw and Ruhen, 1977).

Hargrave claimed that "The particular steps gained are the demonstration that an extremely simple apparatus can be made, carried about, and flown by one man; and that a safe means of making an ascent with a flying machine, of trying the same without any risk of accident, and descending, is now at the service of any experimenter who wishes to use it." (Journal and Proceedings of the Royal Society of New South Wales, vol. 29, p. 47). This paper was read in June 1895 but part of it had appeared in Engineering, London, on 15 February 1895.

This was seen by Abbott Lawrence Rotch of the meteorological observatory at Harvard University who constructed a kite from the particulars in Engineering. A modification was adopted by the weather bureau of the United States and the use of box-kites for meteorological observations became widespread. The principle was applied to gliders, and in October 1906 Alberto Santos-Dumont in a box-kite aeroplane made the first officially recorded flight. As late as 1909 the box-kite aeroplane was the usual type in Europe.

Hargrave had not confined himself to the problem of constructing a heavier than air machine that would fly, for he had also given much time to the means of propulsion. In 1889 he invented a rotary engine which appears to have attracted so little notice that its principle had to be discovered over again by the brothers Seguin in 1908. This form of engine was much used in early aviation until it was superseded by other types. His development of the rotary engine was frustrated by the weight of materials and quality of machining available at the time, and he was unable to get sufficient lift from his engines to build an independent flying machine.

Hargrave's work inspired Alexander Graham Bell to begin his own experiments with a series of tetrahedral kite designs. However, Hargrave's work, like that of many another pioneer, was not sufficiently appreciated during his lifetime. His models were offered to the premier of New South Wales as a gift to the state, and it is generally stated that the offer was not accepted. That is not correct. It is not clear what really happened, but there appears to have been delay in accepting the models, and in the meantime they were given to some visiting German professors who handed them to the Munich museum. (See the Technical Gazette of New South Wales, 1924, p. 46.) Hargrave also made experiments with a hydroplane, the application of the gyroscopic principle to a "one-wheeled car", and with "wave propelled vessels".

He gave two lectures which are detailed in the Aeronautical Journal in April 1897 and July 189.

Returned to England in 1899 but went back to Australia after six months.

Hargrave's only son Geoffrey was killed at Battle of Gallipoli in May 1915.

1915 Hargrave died on 15th July. He had been operated on for appendicitis but suffered peritonitis afterwards. He was interred in Waverley Cemetery on the cliffs overlooking the open ocean.

Hargrave was an excellent experimenter and his models were always beautifully made. He had the optimism that is essential for an inventor, and the perseverance that will not allow itself to be damped by failures. Modest, unassuming and unselfish, he always refused to patent his inventions, and was only anxious that he might succeed in adding to the sum of human knowledge.

Many men smiled at his efforts and few had faith that anything would come of them. An honourable exception was Professor Richard Threlfall who, in his presidential address to the Royal Society of New South Wales in May 1895, spoke of his "strong conviction of the importance of the work which Mr Hargrave has done towards solving the problem of artificial flight". (For a discussion on the statement that Threlfall had called Hargrave the "inventor of human flight" and the debt supposed to be owed by the Wright Brothers to Hargrave, see article by Cecil W. Salier in the Australian Quarterly for March 1940). The step he made in man's conquest of the air was an important one with far-reaching consequences, and he should always be remembered as a great experimenter and inventor, who "probably did as much to bring about the accomplishment of dynamic flight as any other single individual". (Roughley's The Aeronautical Work of Lawrence Hargrave, p. 5.)

Engineering of 10 March 1893 described and illustrated an experimental model 'flapping wing' flying machine. It was initially powered by a compressed air engine of 2" bore, 1.28" stroke, working at a pressure of 57 psi from a reservoir initally pressurised to 250 psi. This was followed by an engine of 2" bore and 1.5" stroke, working at 60 psi and weighing 9 oz. (see illustration). The model flew 343 ft in 23 seconds, with 54.5 double beats of the wings. Thus encouraged, he built a steam engine with a Serpollet-type boiler. The engine developed 0.169 HP when operating at 2.35 double beats per sec.