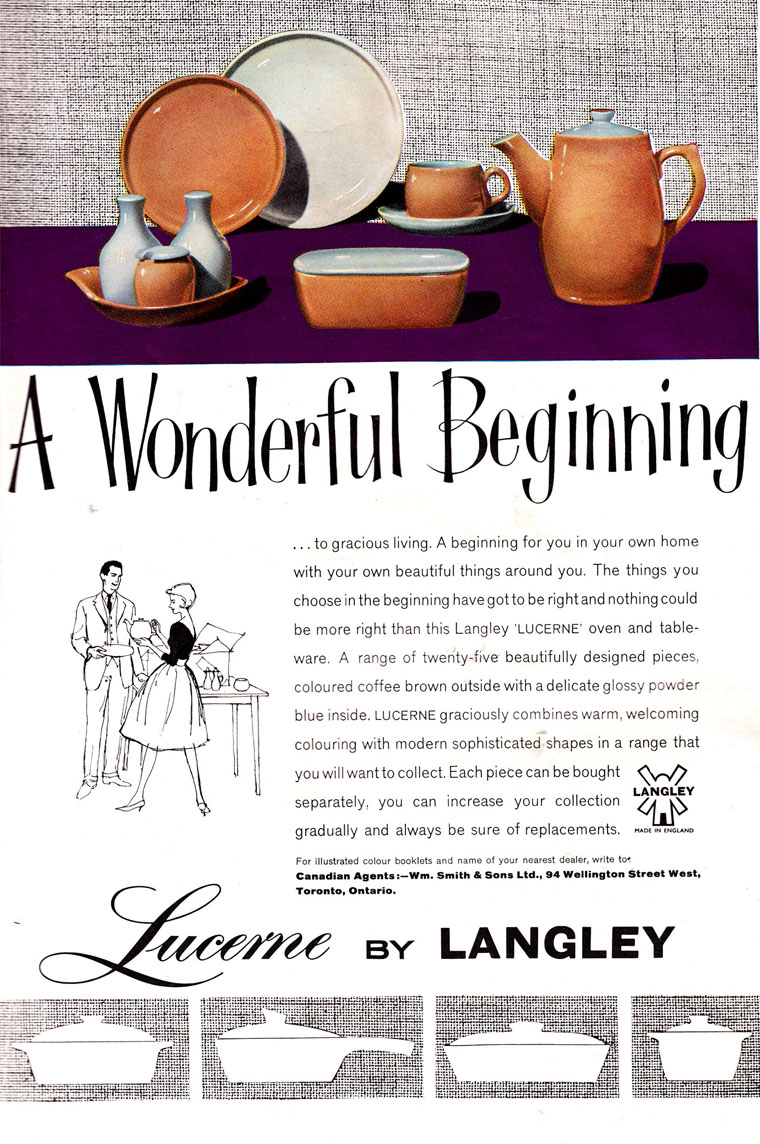 1959 Joseph Bourne and Son (Denby) was experiencing difficulties in meeting orders on time due to some technical problems, a lack of production facilities and skilled labour. Joseph Bourne and Son therefore bought the Langley Mill pottery in October. The purchase of the Langley Mill pottery by Denby resulted in a merger of two of the larger producers of domestic stoneware in England. Initially, the two potteries were operated as two separate entities, with their own sales policies and distribution systems remaining unchanged. However, in terms of product lines, the new owners wished to impose a new direction on the Langley Mill pottery, placing a greater emphasis on the production of high quality kitchen ware and giftware. This period therefore saw a considerable number of new stoneware product ranges, some of which were targeted specifically at the American market.

1967 The name of the pottery was changed yet again to Langley Pottery Ltd. Principal designers during this period were the father and son team of Albert and Glyn College and also Gill Pemberton and Thelma Hague. In 1976 the decision was made to unite the two potteries under a single name, so the Langley Pottery Ltd and Joseph Bourne and Son collectively became Denby Tableware Ltd.