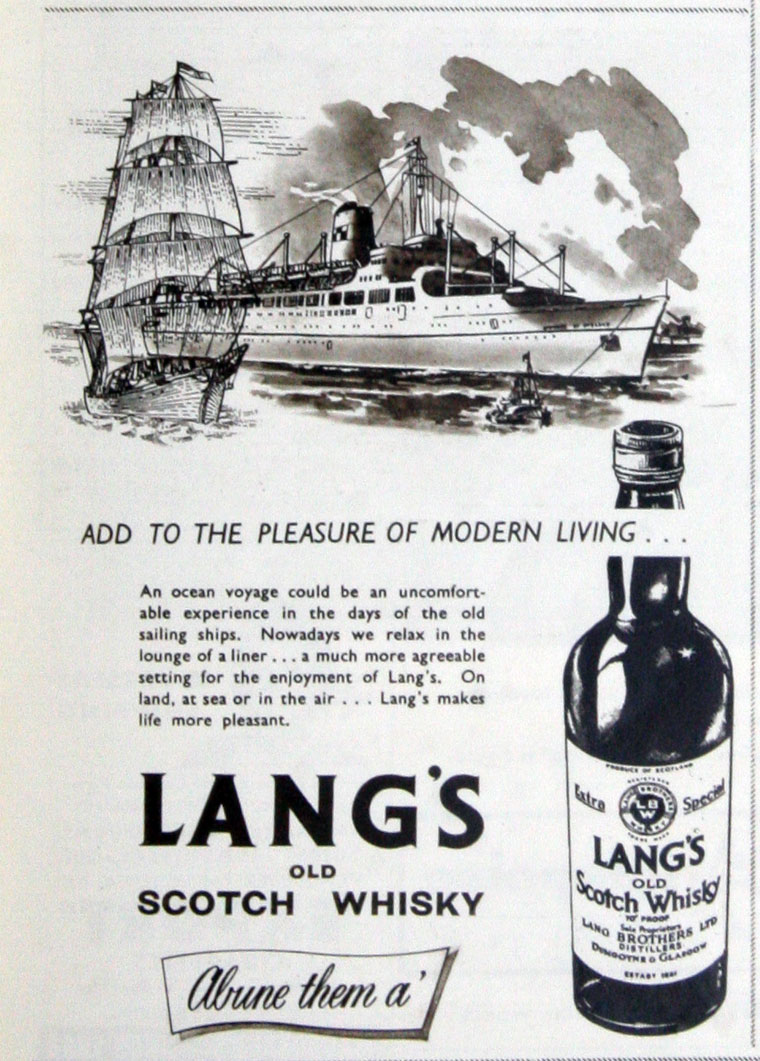 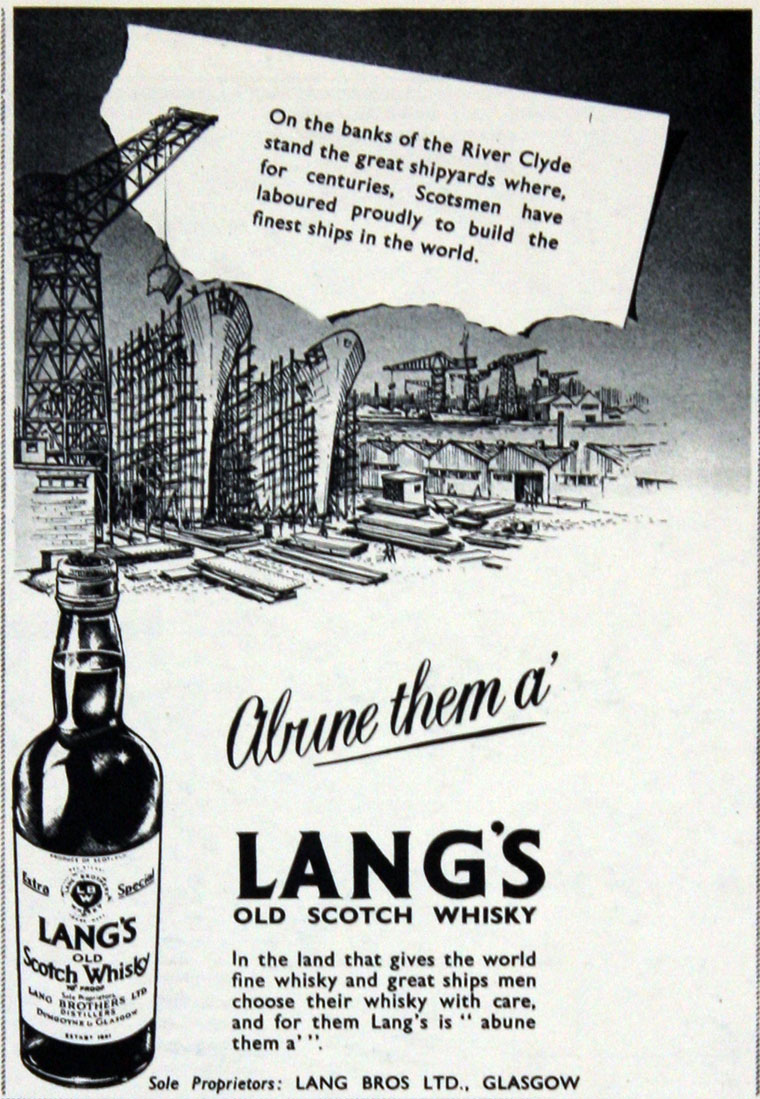 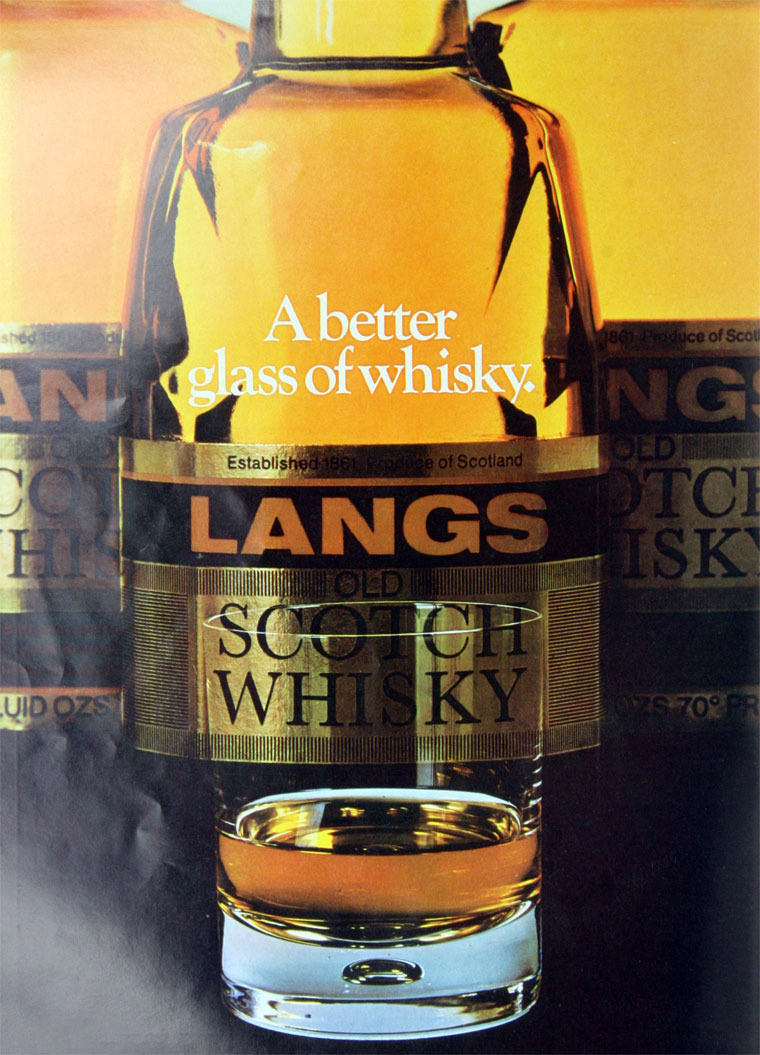 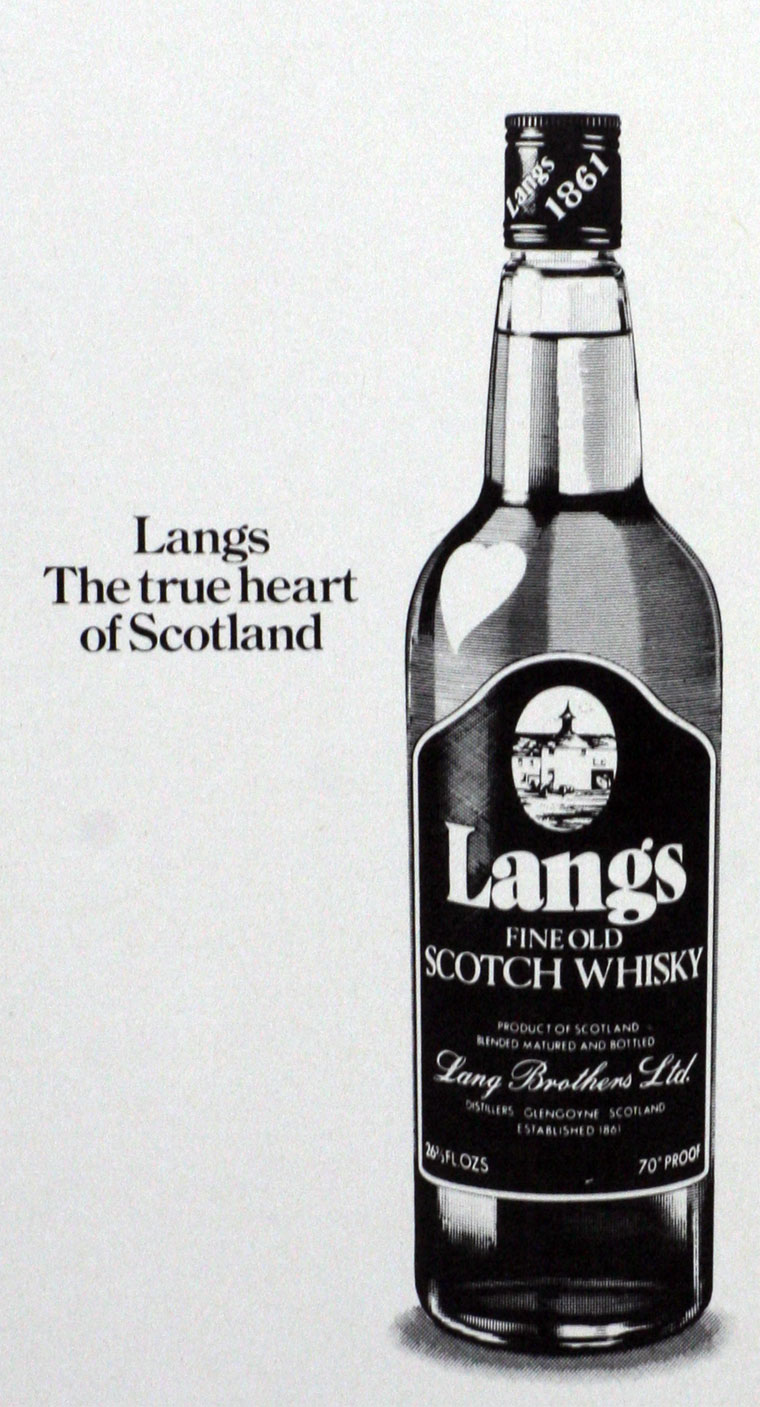 1861 Established by the Gavin and Alexander Lang, who traded initially as whisky blenders and merchants

1876 The brothers acquired Glengoyne Distillery, then known as Burnfoot, near Killearn

1897 Lang Brothers Limited was incorporated, encompassing their distillery, blending and merchant interests and including the Oswald Bonding Company, of which the brothers were the sole partners

1965 The company was taken over by Robertson and Baxter Limited, part of the Edrington Group