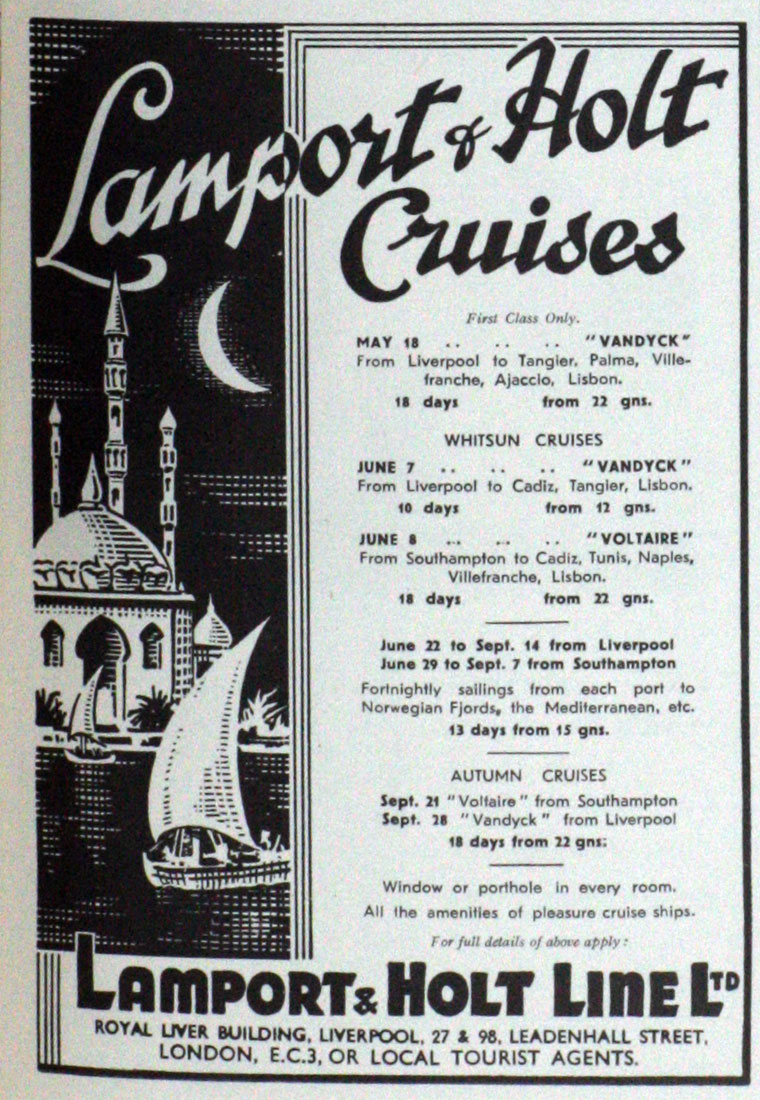 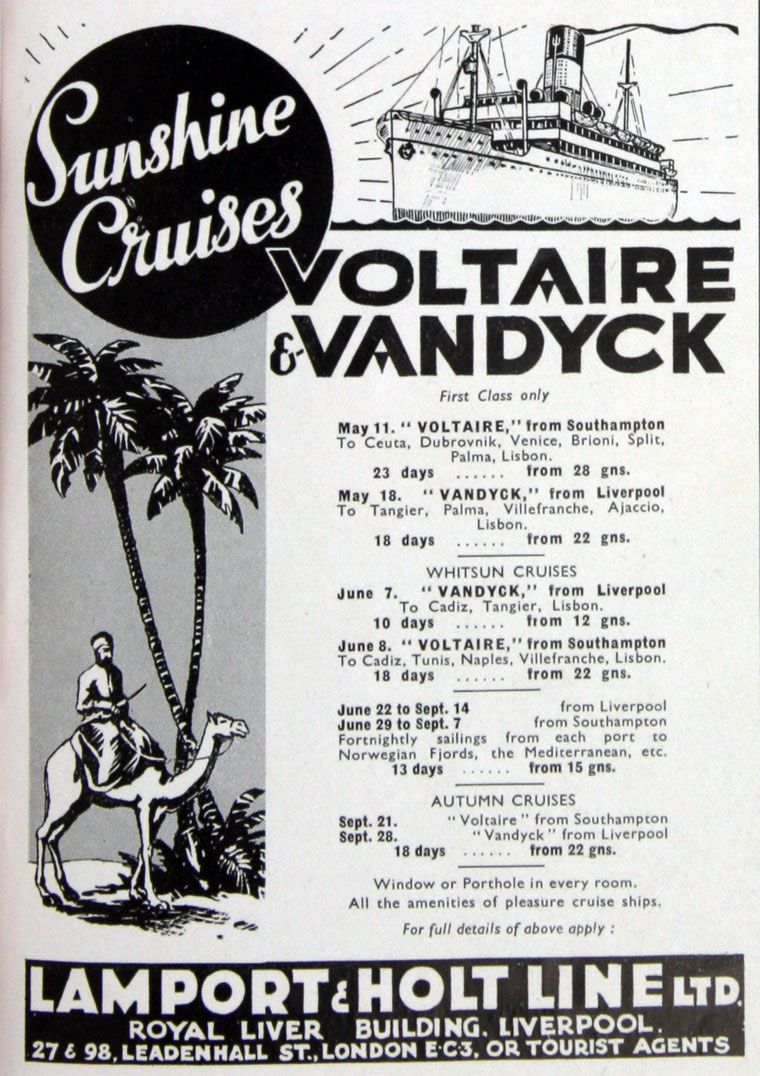 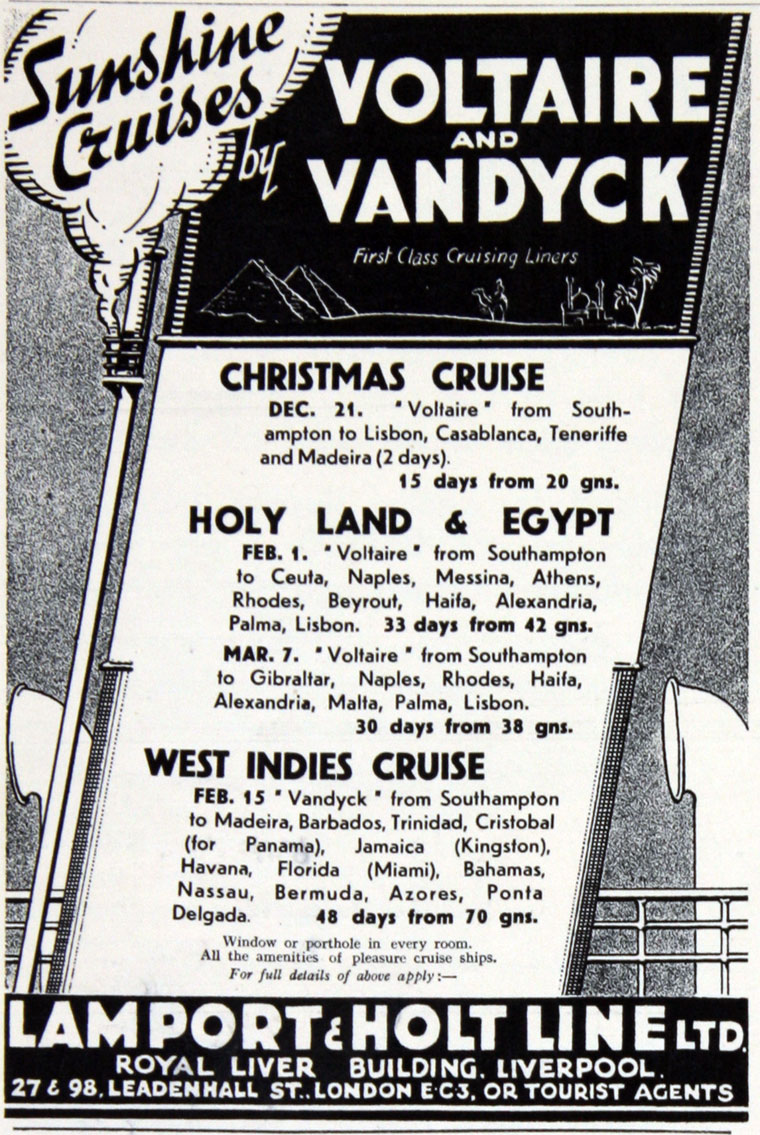 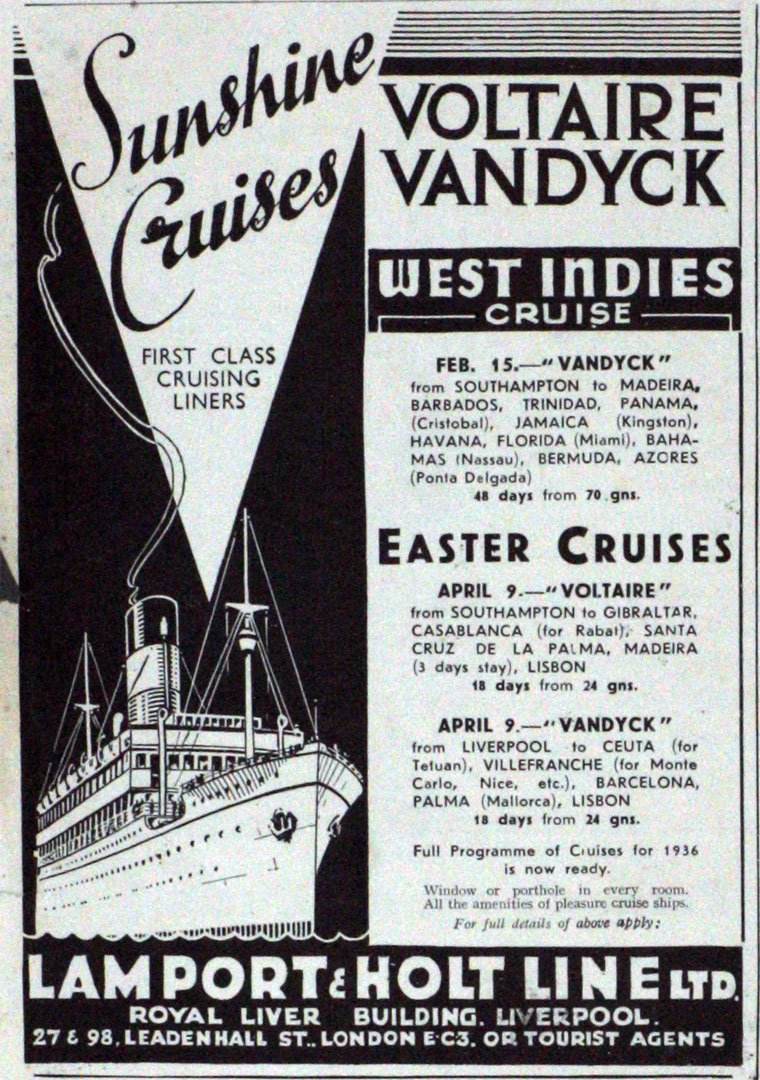 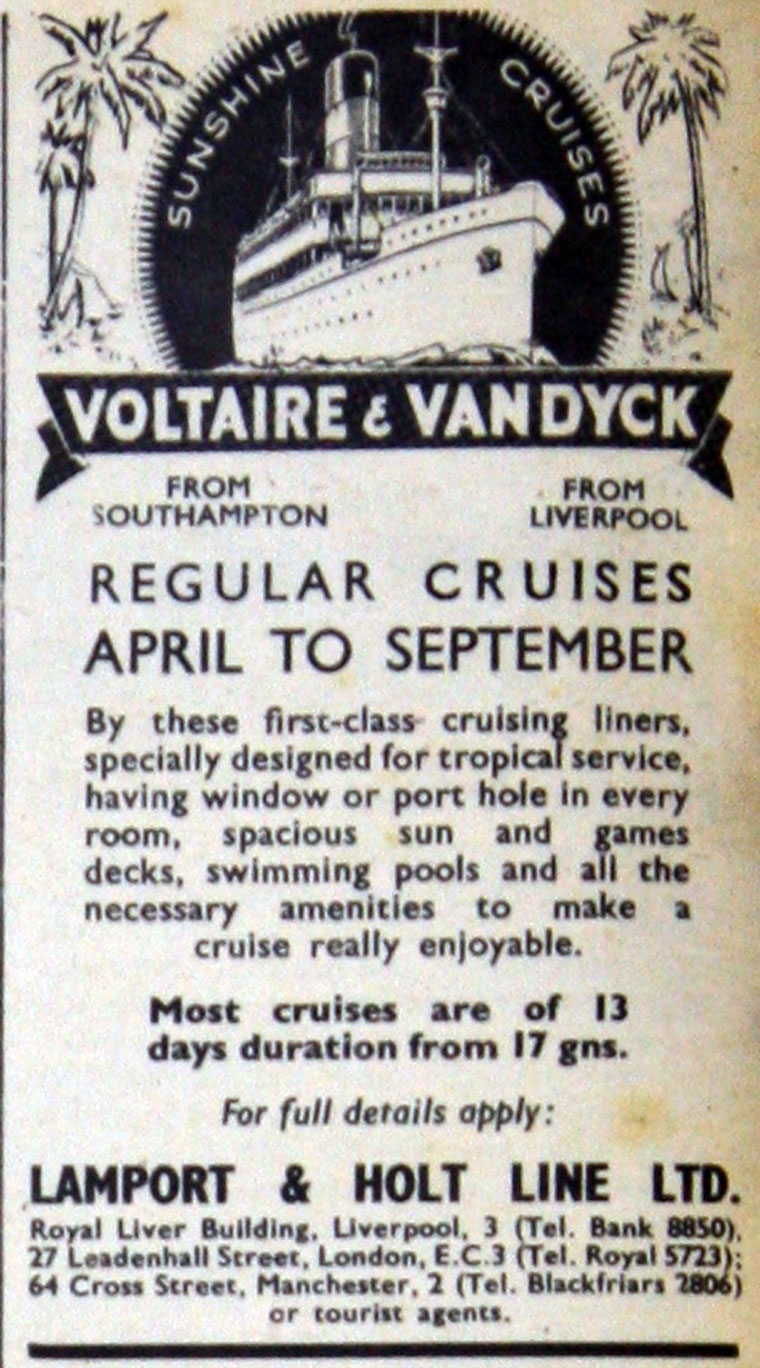 1845 William James Lamport, originally from Lancaster, and George Holt (brother of Alfred Holt), from Liverpool, formed the Line as a partnership, which later became Lamport and Holt Ltd.

Lamport was later involved in the framing of the first Merchant Shipping Act which resulted from Samuel Plimsoll’s campaign to improve conditions of seamen and safety at sea.

The company initially traded to India, South Africa and South America, in particular the River Plate.

Mid 1850s: Tentative involvement with steamers with James Moss and Co., and Papayanni Brothers in the Mediterranean

1874 Lamport died. 12 new ships were delivered or were under construction. Became a limited company. A Belgian subsidiary was created.

1880s Sailings extended to Valparaiso (but abandoned in 1896)

1886 Frozen meat was transported from the River Plate

1902 New York - South America passenger service was started with two second-hand ships; it was so successful that new luxury liners were ordered.

1910 three further vessels were ordered for the Liverpool route. This stimulated its largest rival, Royal Mail to take it over.

1910 Sir Owen Philipps had taken over Elder Dempster and Co in addition to his existing control of Royal Mail Steam Packet Co. The Lamport and Holt families accepted shares in these two companies in exchange for their shares in Lamport and Holt Ltd.

1911 Flotation of public company to acquire the old established shipping firm of Messrs Lamport and Holt[1].

1911 Acquired by Owen Cosby Philipps; continued trading under its own name.

1912 The company moved to the Royal Liver Building.

1918 Lamport and Holt bought a controlling interest in Archibald McMillan and Sons's shipyard [2].

Postwar: A major expansion programme was undertaken and the fleet reached a peak of 50 ships in 1923.

1931 On the collapse of the Kylsant Group, Lamport and Holt was placed in the hands of a Receiver who set about the task of stabilising the company’s finances. Ships were laid up on a rota basis and the fleet reduced in size. Sold its shares in an Argentinean shipping company.

1934 the restructured company was sold to new investors as Lamport and Holt Line Ltd.

WW2 Many ships were lost due to enemy action; the company was taken over by the Vestey Group in 1944.

1959 Lamport & Holt owned 19 ships but after that the fleet numbers steadily reduced.