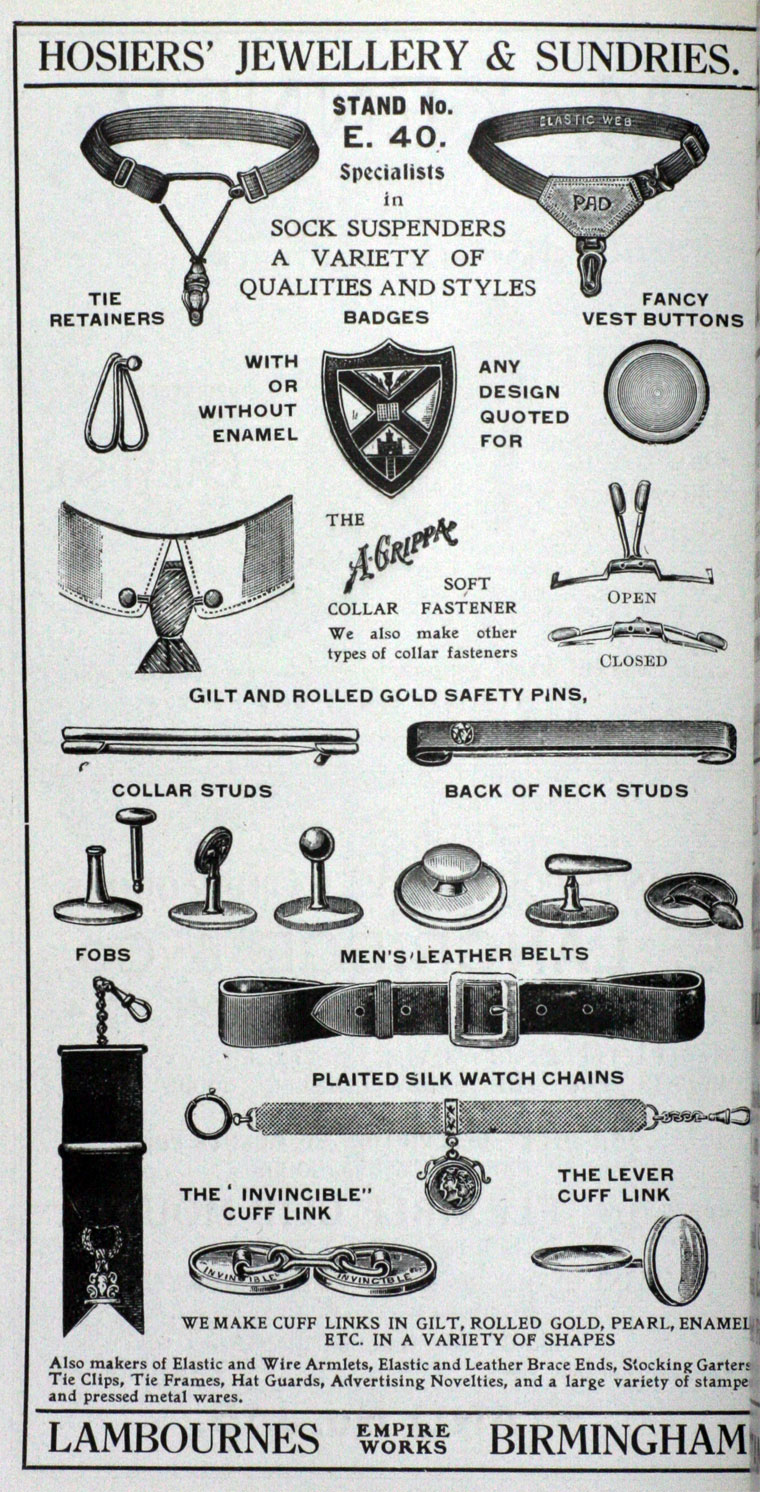 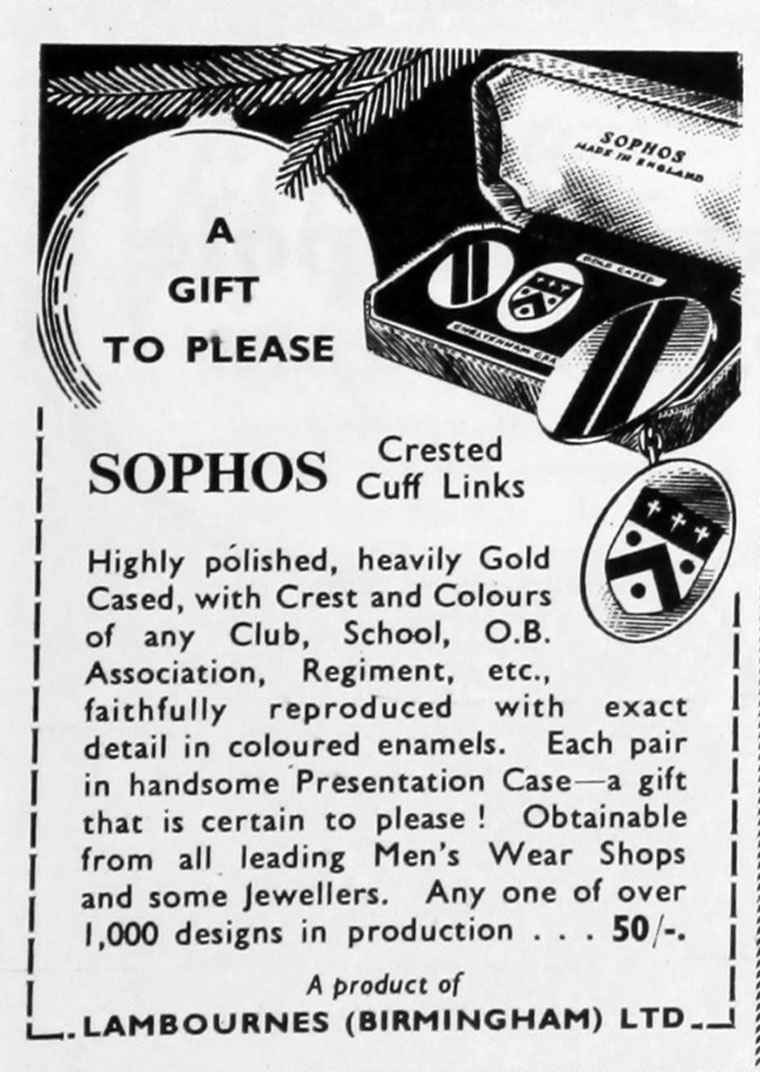 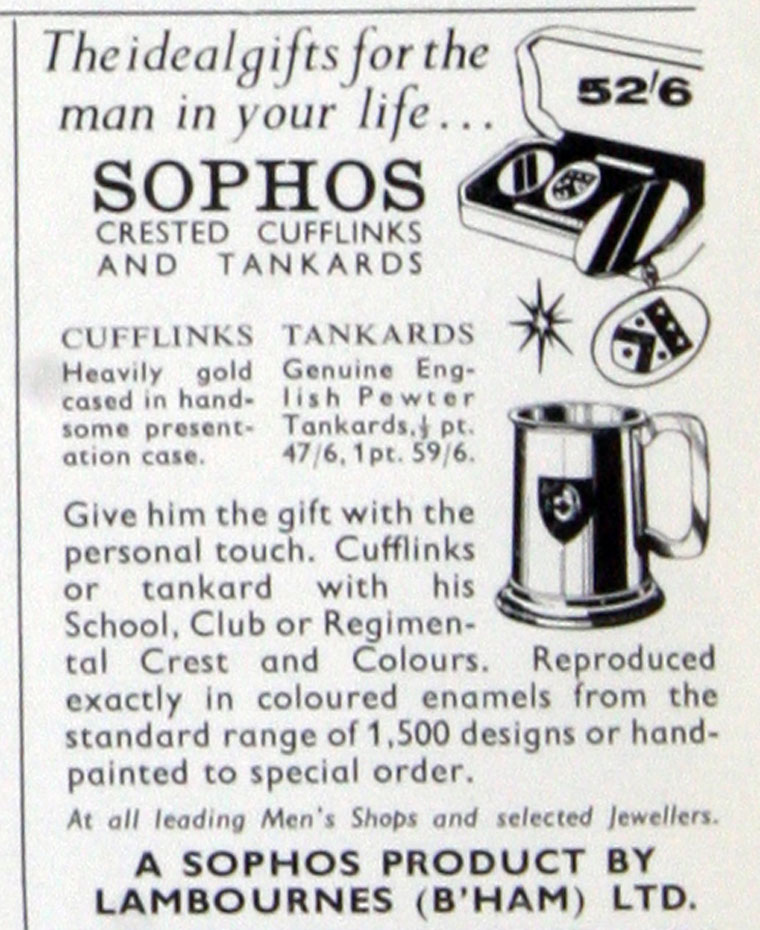 1886 The company was founded (presumably by Thomas Barrett Lambourne), to produce Spats, Rigid Braces, Buttons and Studs for the gentry. Initially had premises in Granville Street and Great Western Buildings, Livery Street.

1935 Sale of the collar-support section of the Lambourne business to Cascelloid followed by legal disputes over the sale.[2]

Over the next few years the range of products were increased to include Cuff Links, Collar Studs, Tie Slides, Armbands, Belts, Braces, Garters, Sock Suspenders and Leather Goods.

The company expanded to include additional premises in Leominster but continued to be owned and run by the Lambourne family.

1981 The Great Hampton Works were sold to become part of the Arnold Wills Group.