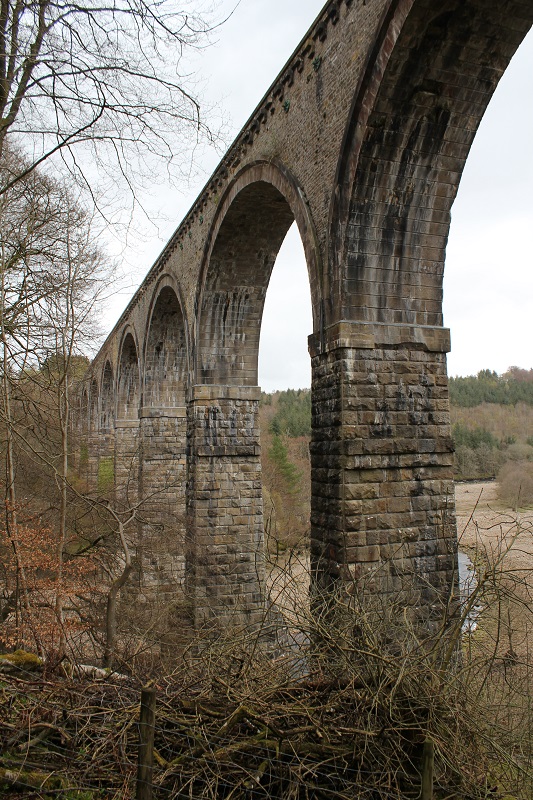 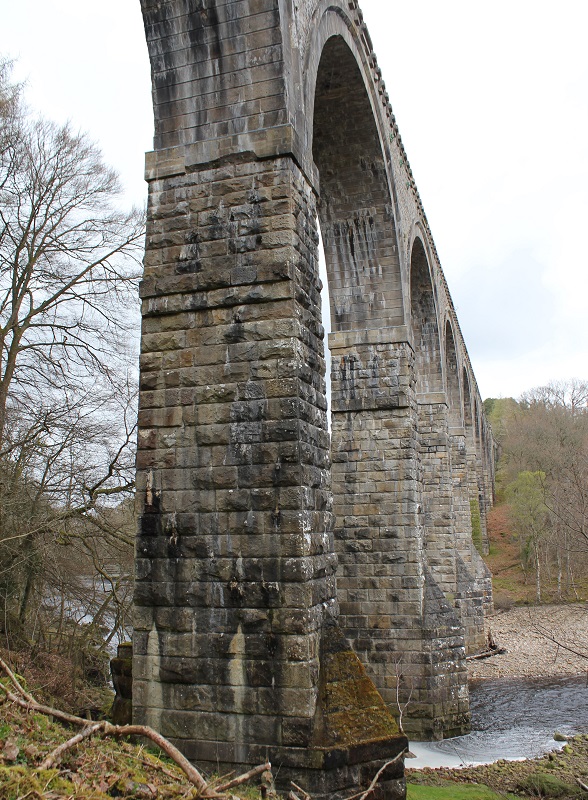 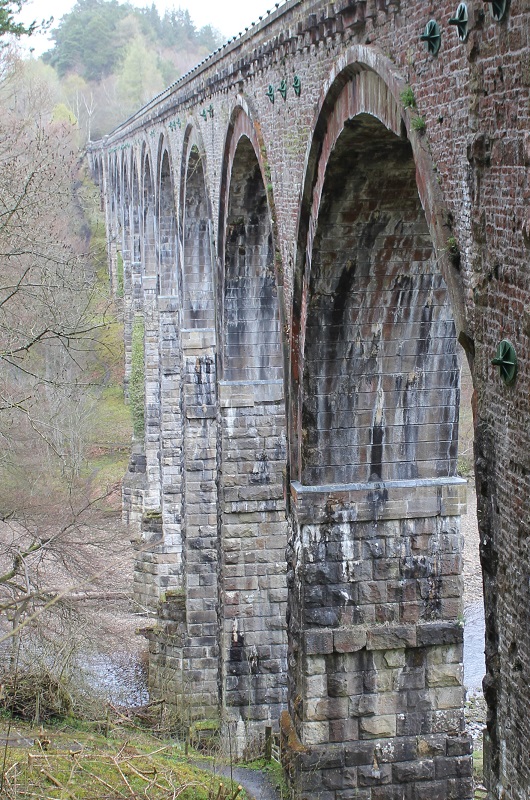 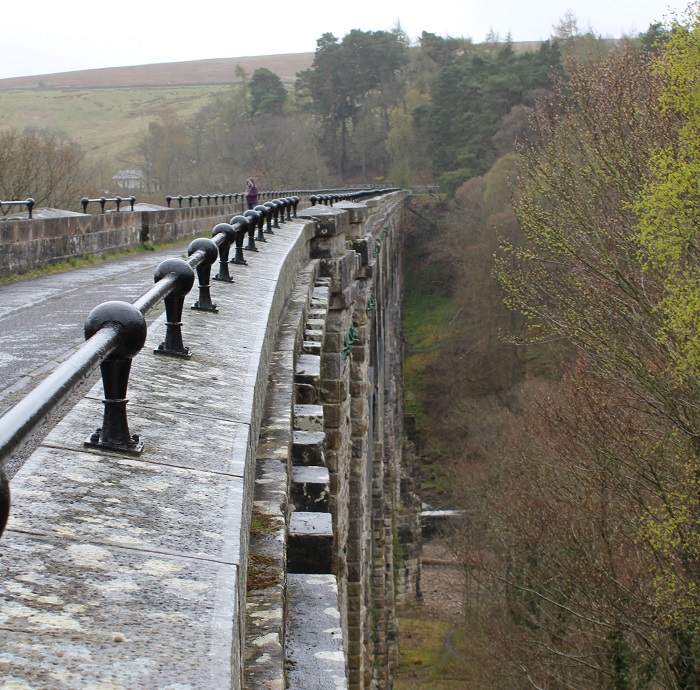 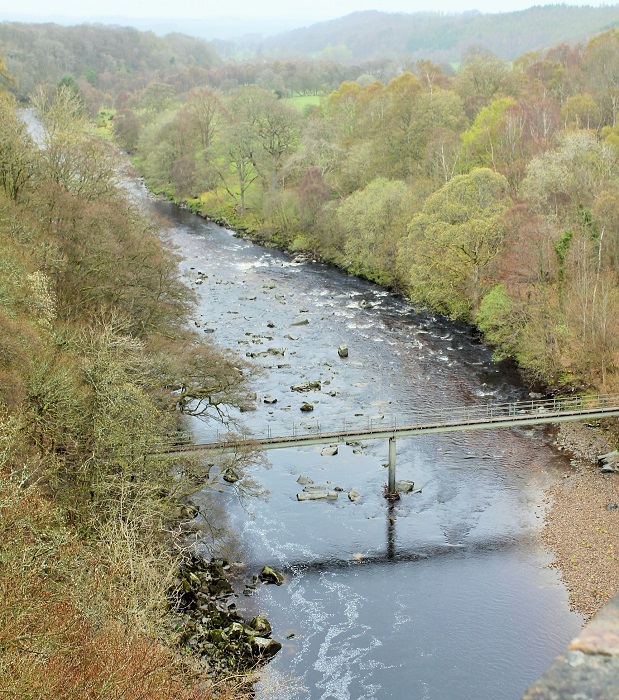 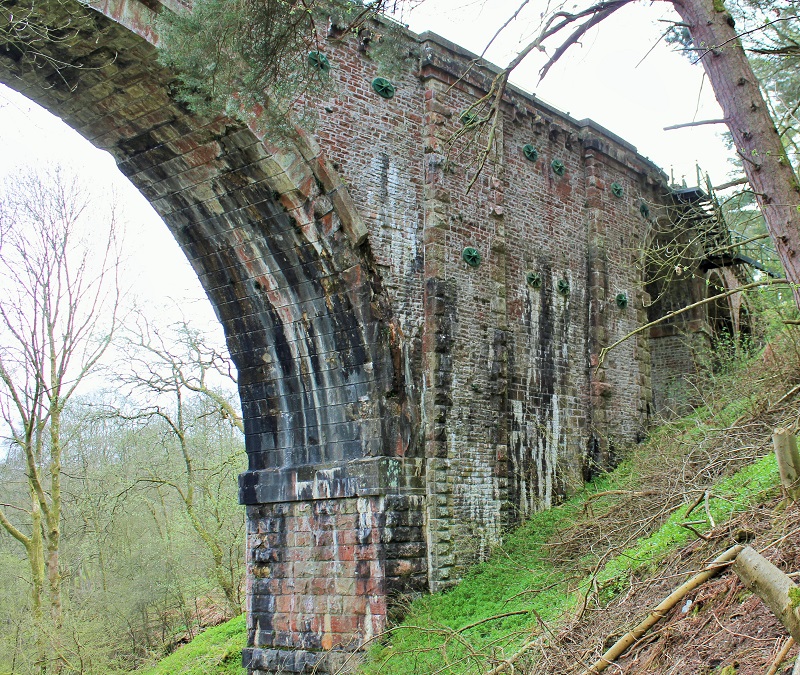 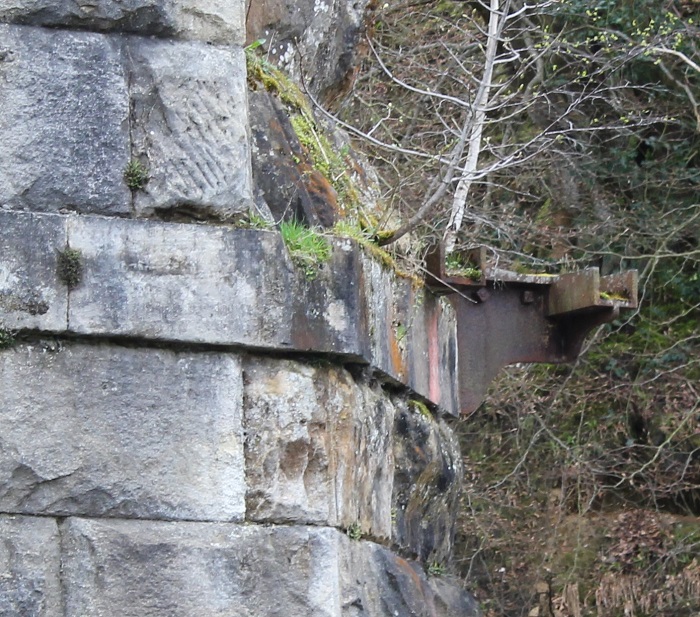 at Lambley, near Haltwhistle.

Built for the Newcastle and Carlisle Railway to carry coal, lead and limestone from Alston Moor on a single track, and opened on 17 November 1852. Later it was used for Haltwhistle to Alston passenger trains.

Constructed from sandstone quarried locally at Slaggyford and Bardon Mill, with nine main arches and seven smaller arches. It stands 110 ft above the river level. An iron footbridge was originally provided at a low level, supported on the cutwaters on the downstream side.

It was designed by George Barclay-Bruce, an eminent Victorian engineer who was involved in the Alston line before leaving for India to pioneer railway construction there.

The viaduct closed in 1976, and deteriorated badly, but was extensively restored in 1995-6 by the British Rail Property Board and will be maintained by the North Pennine Heritage Trust. It has been designated as a Transport Heritage Site by the Transport Trust. It provides a magnificant sight, crossing the river in a wooded valley, but can only be approached on foot. Now part of the South Tyne Trail, there are good footpaths with wooden stairs provided for access to the viaduct, and a modern footbridge crosses the river a short distance downstream, providing good views. The viaduct can be crossed on foot, but the former trackbed is fenced off where it curved away to Lambley (junction) station.