Grace's Guide is the leading source of historical information on industry and manufacturing in Britain. This web publication contains 146,692 pages of information and 232,152 images on early companies, their products and the people who designed and built them. 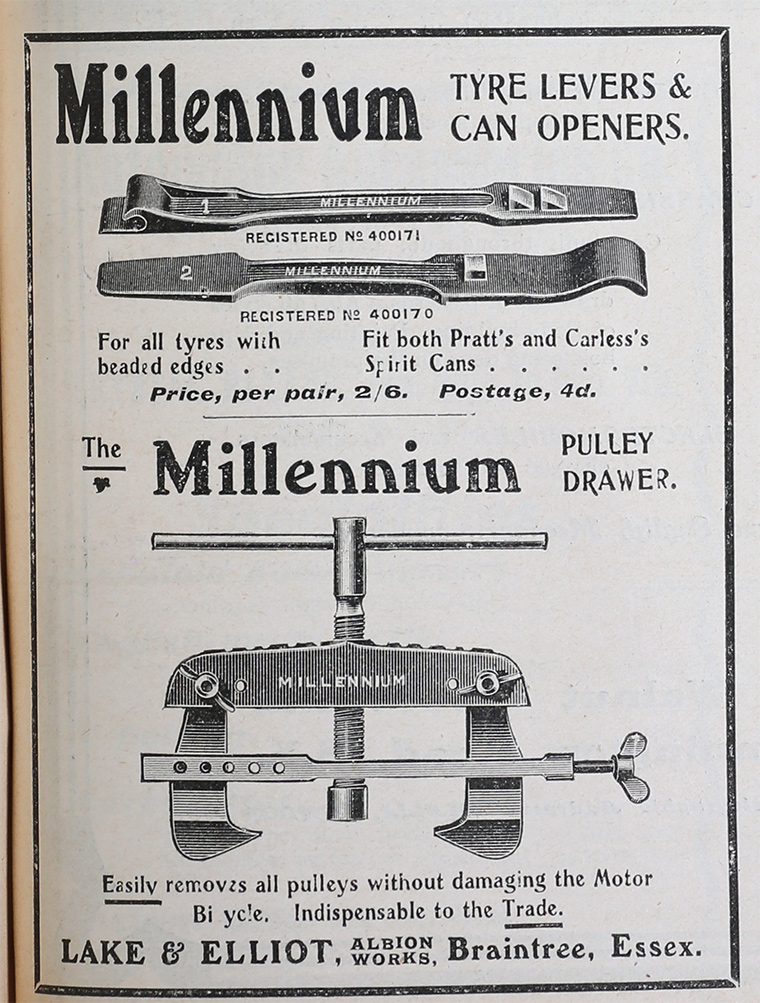 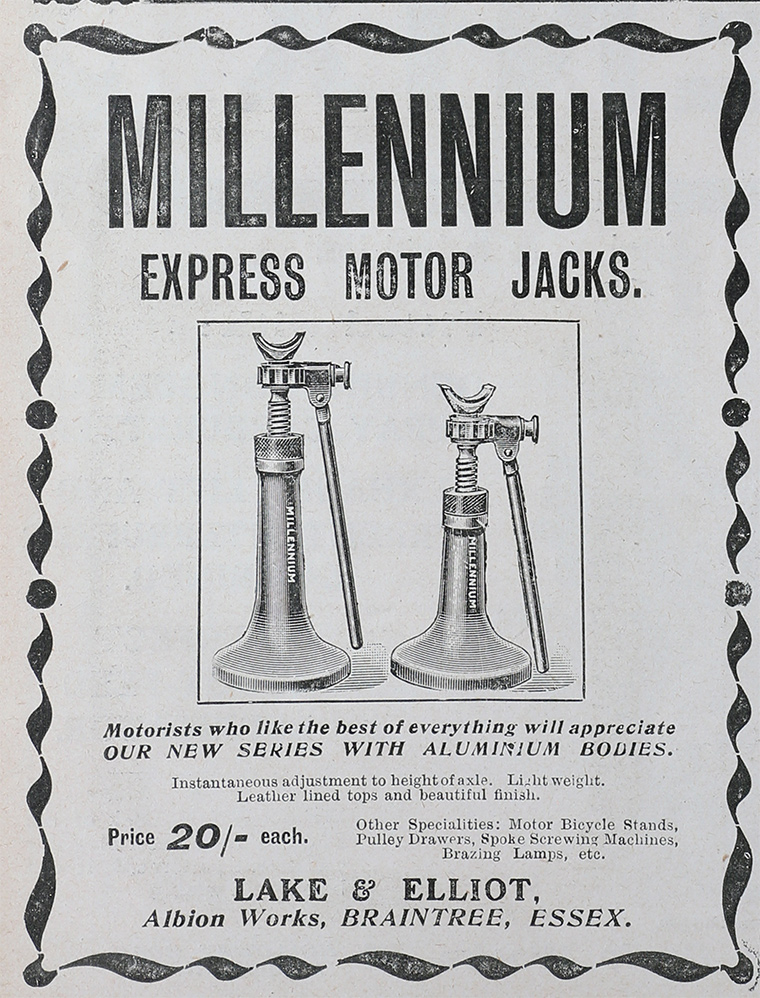 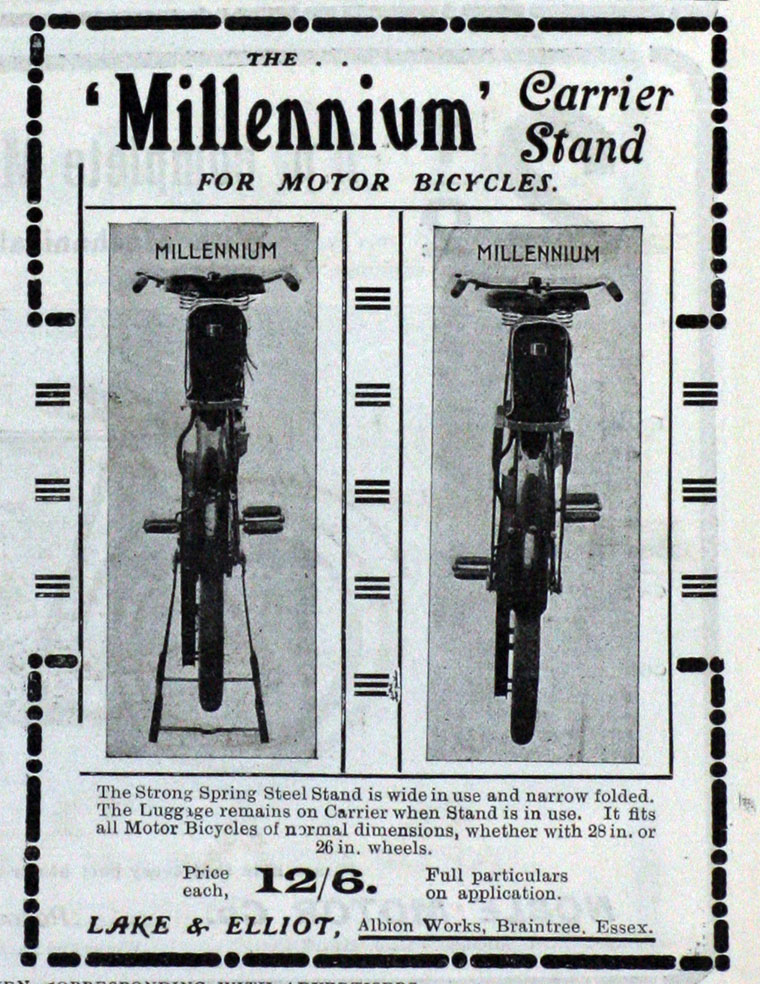 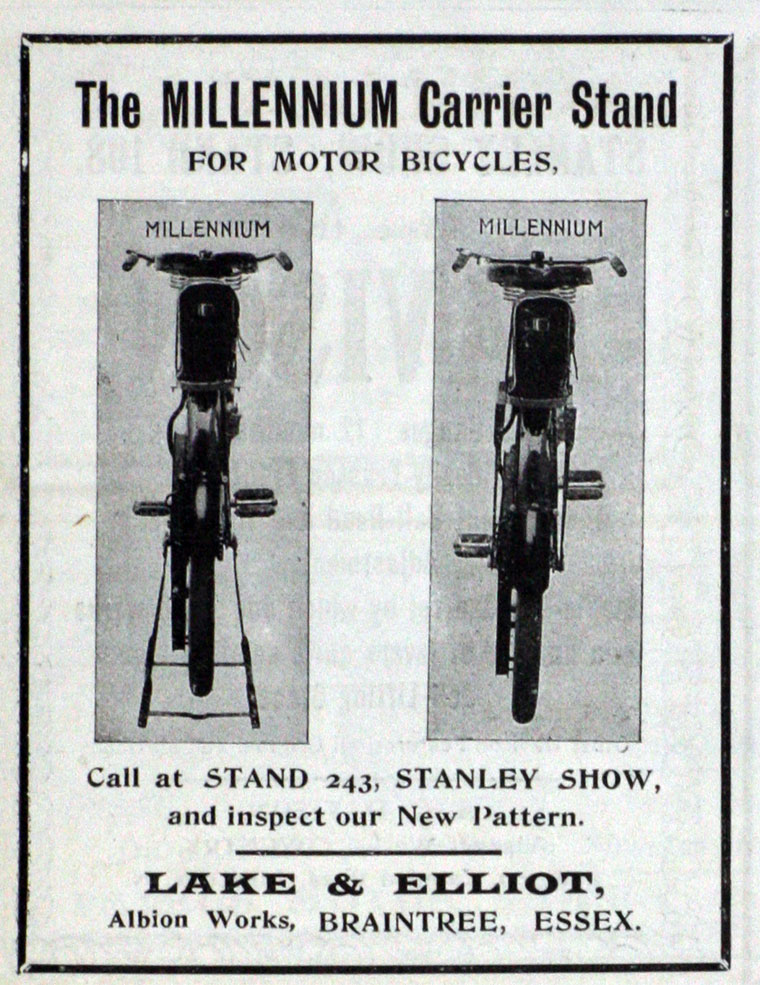 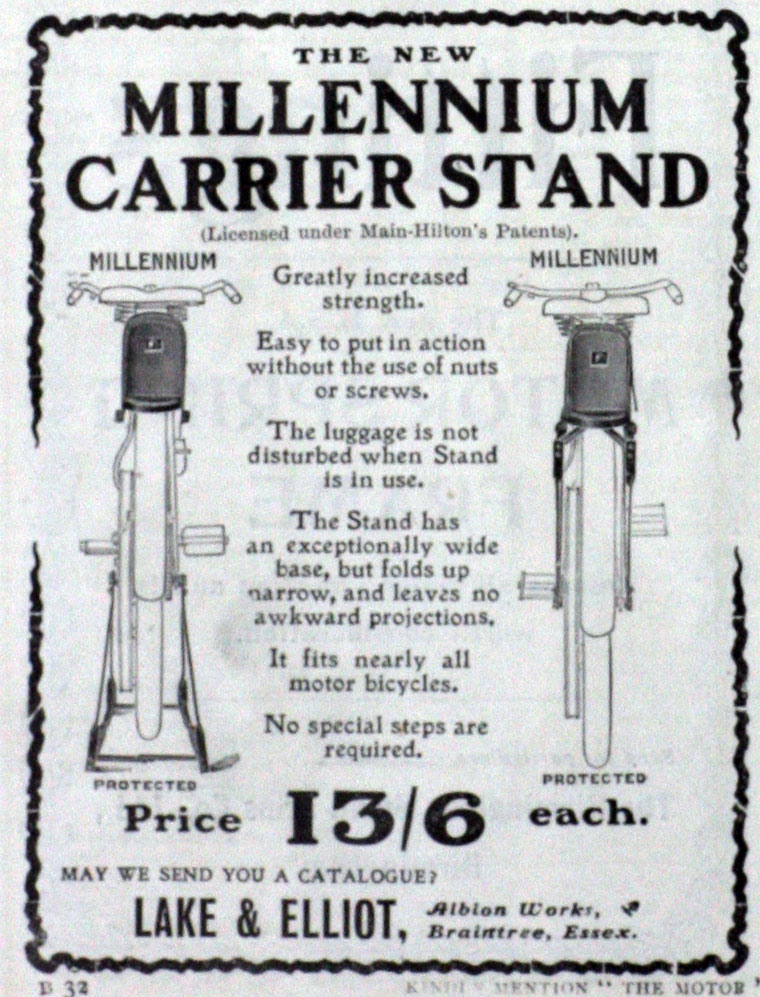 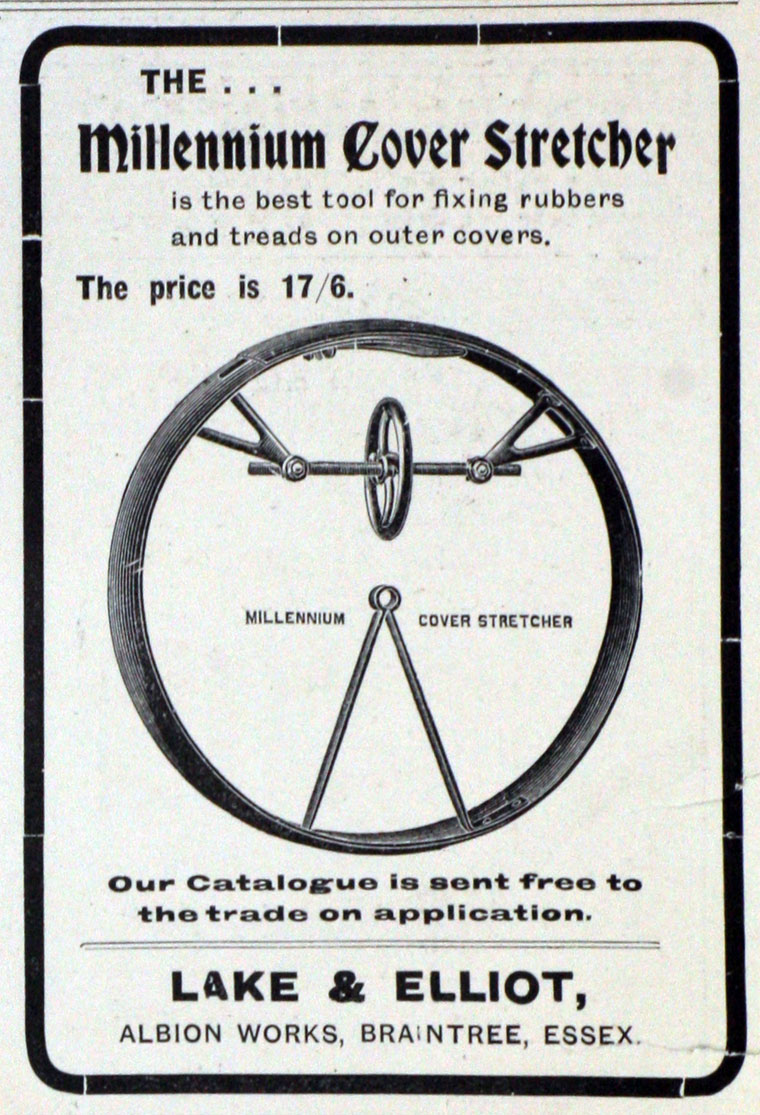 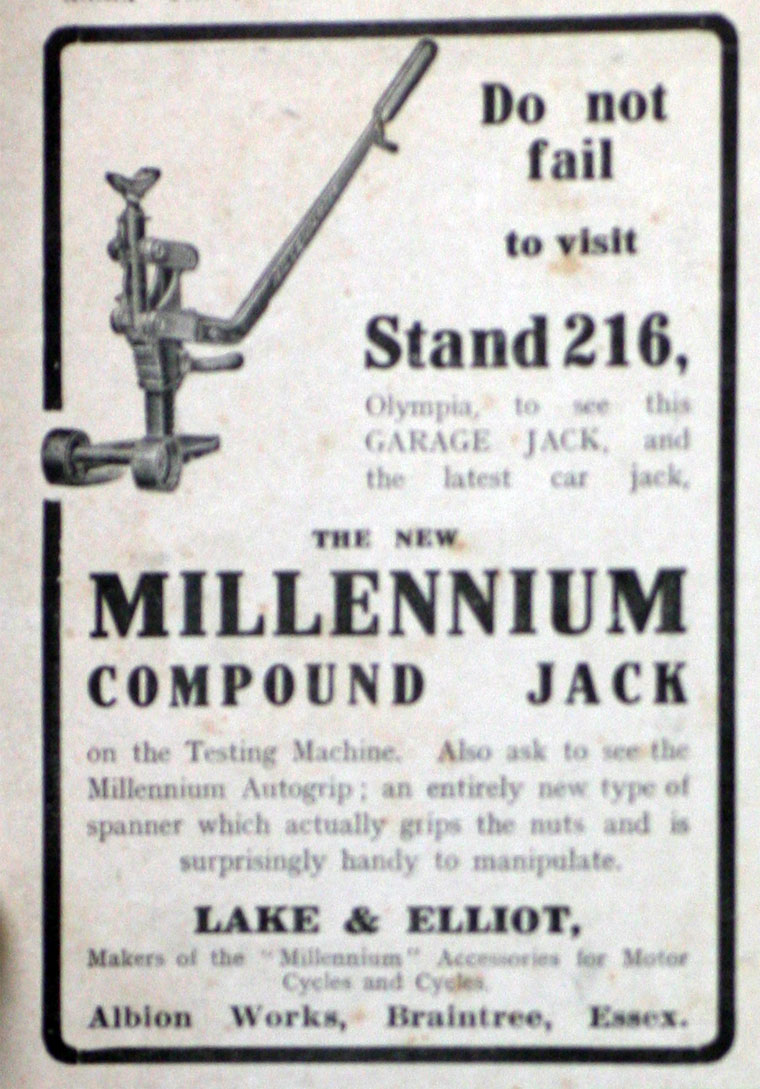 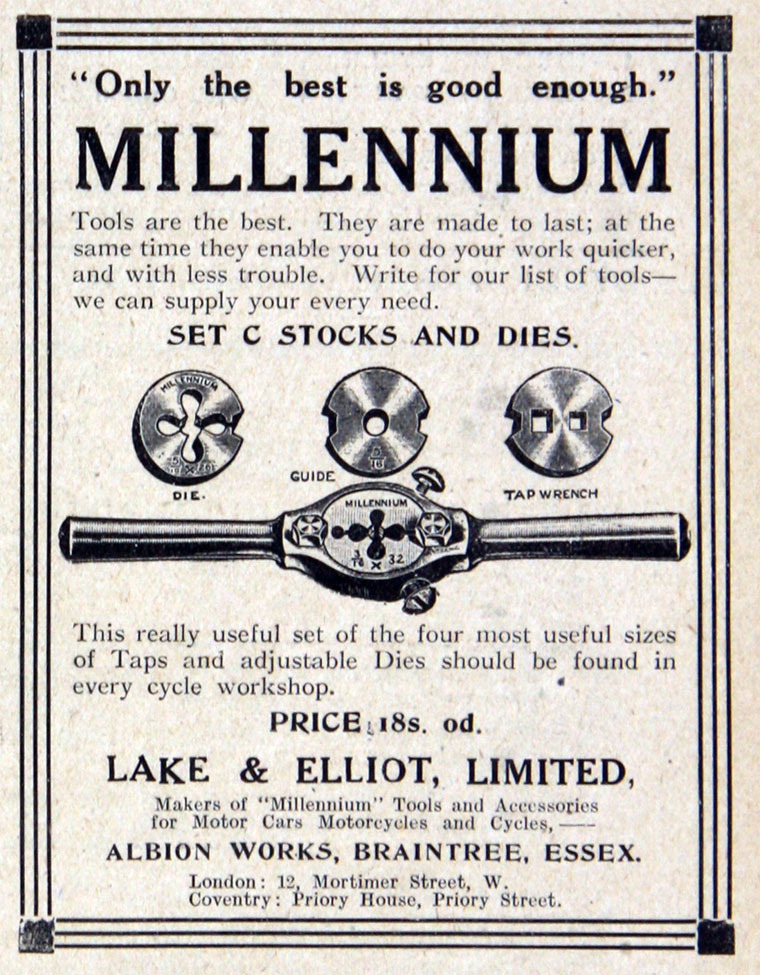 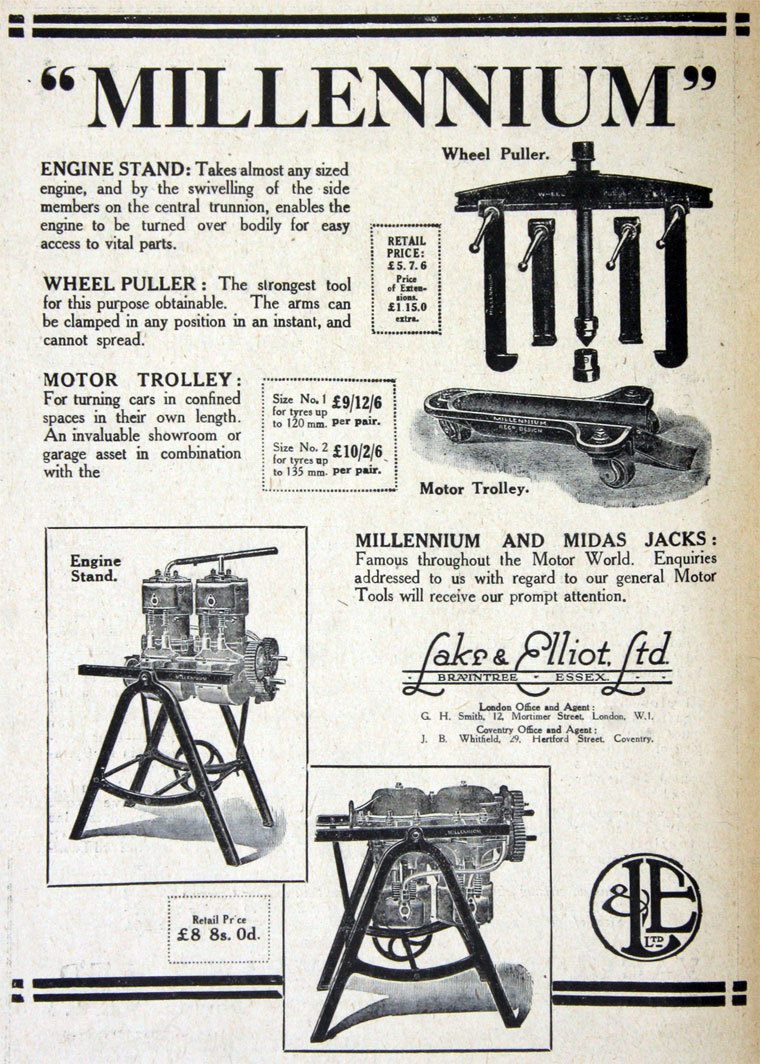 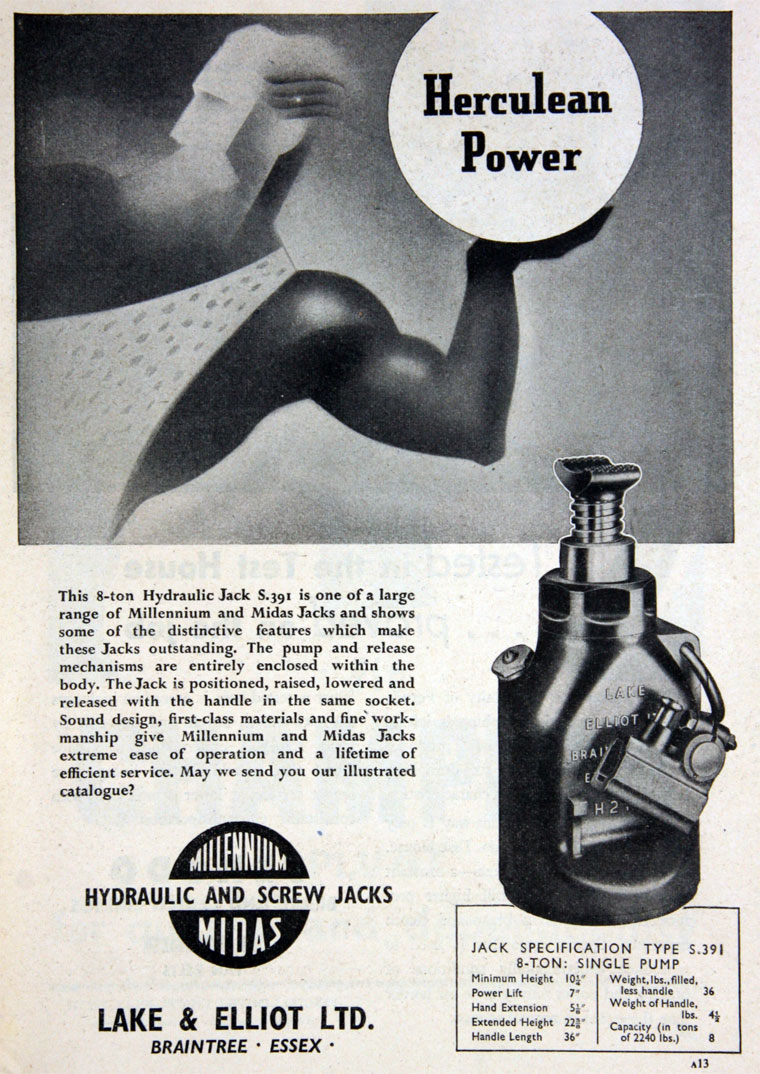 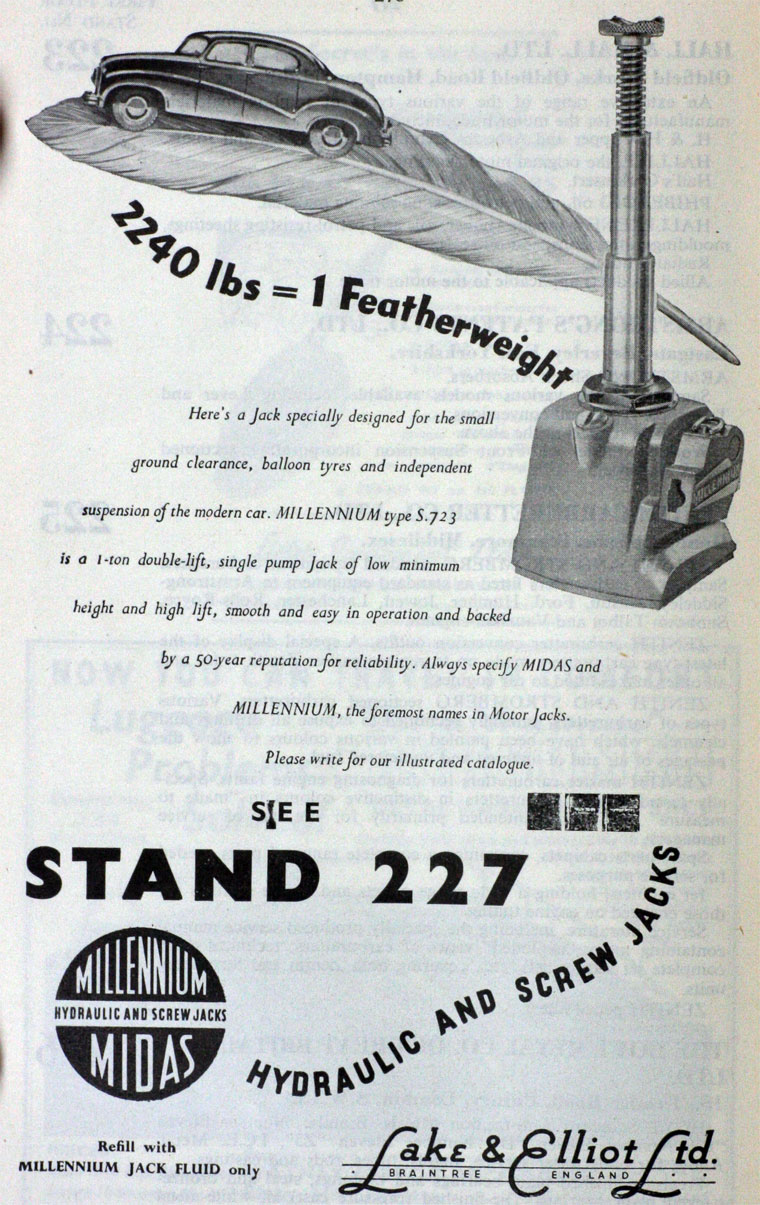 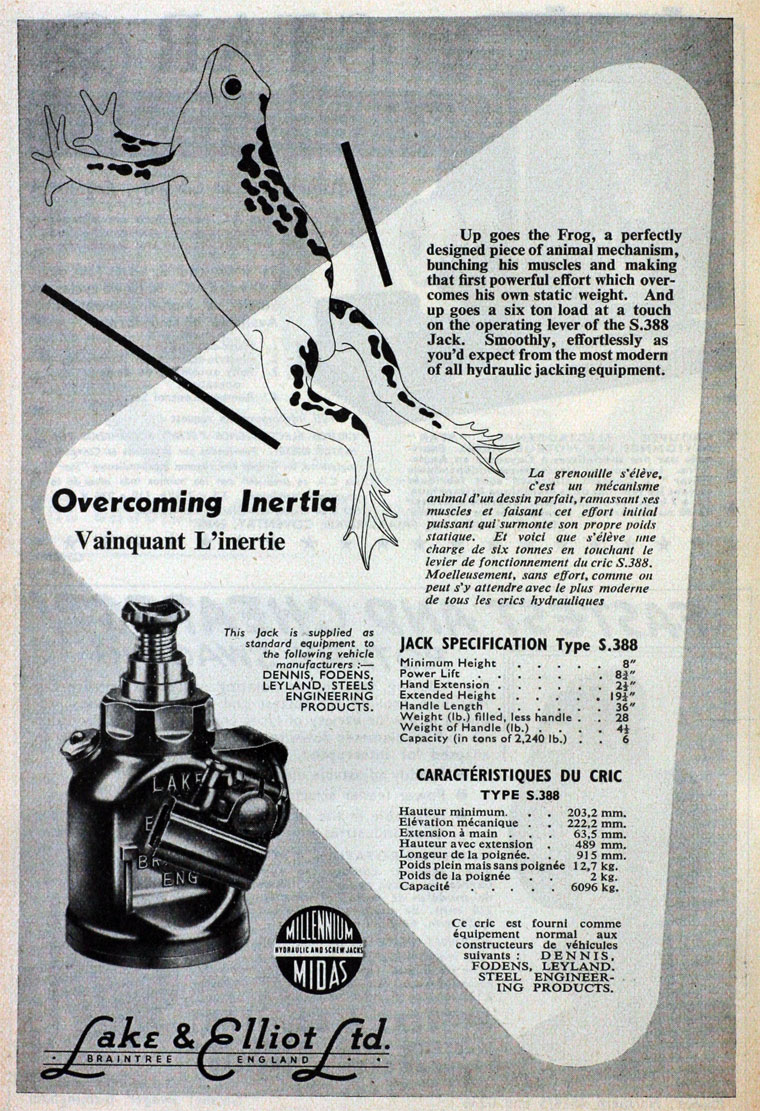 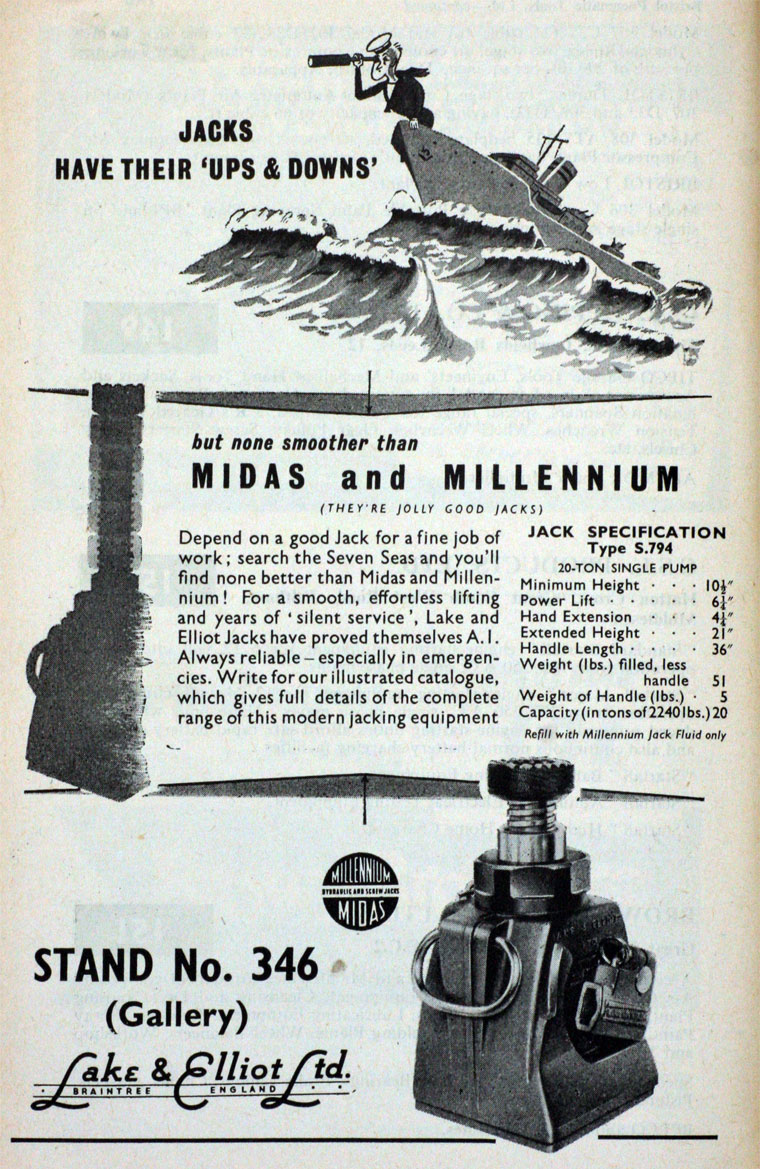 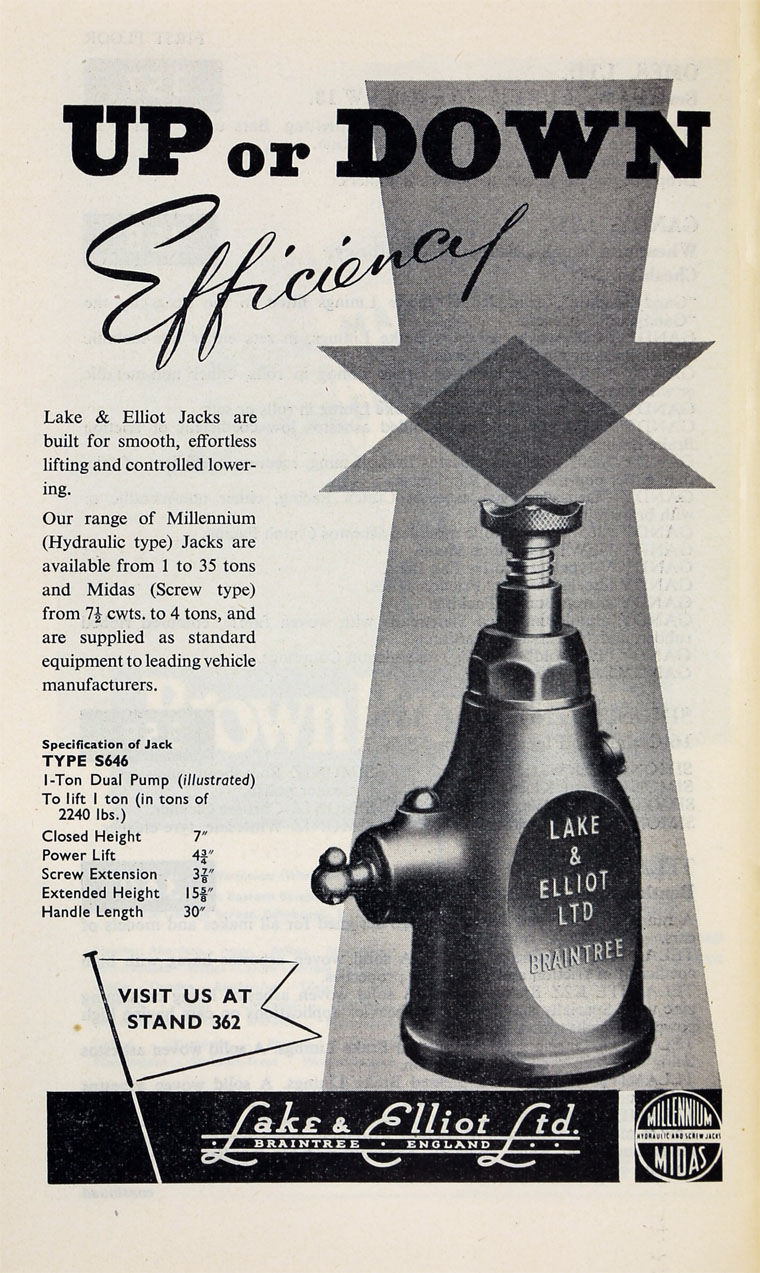 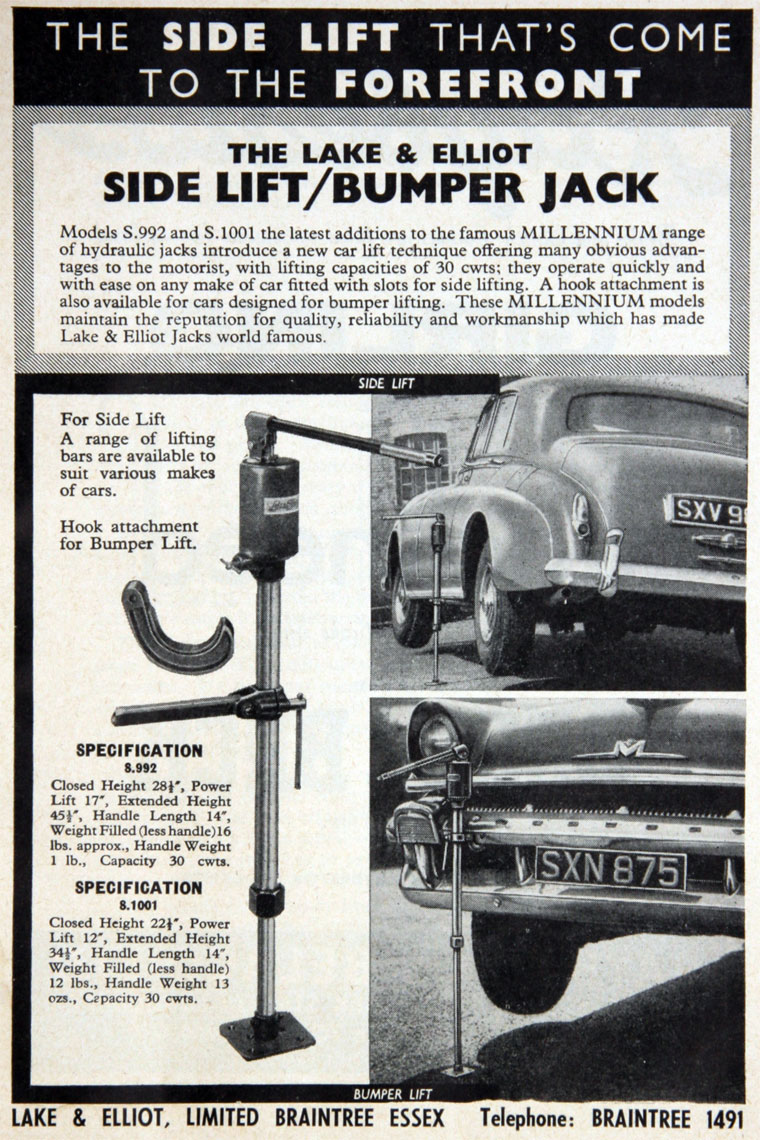 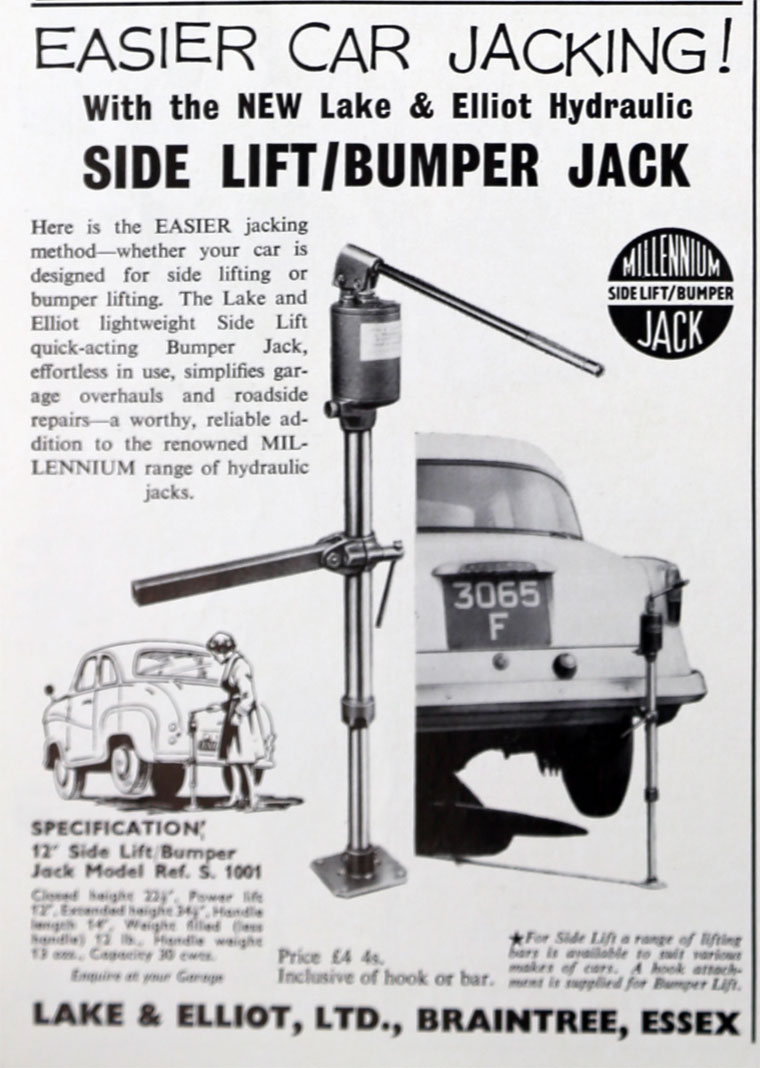 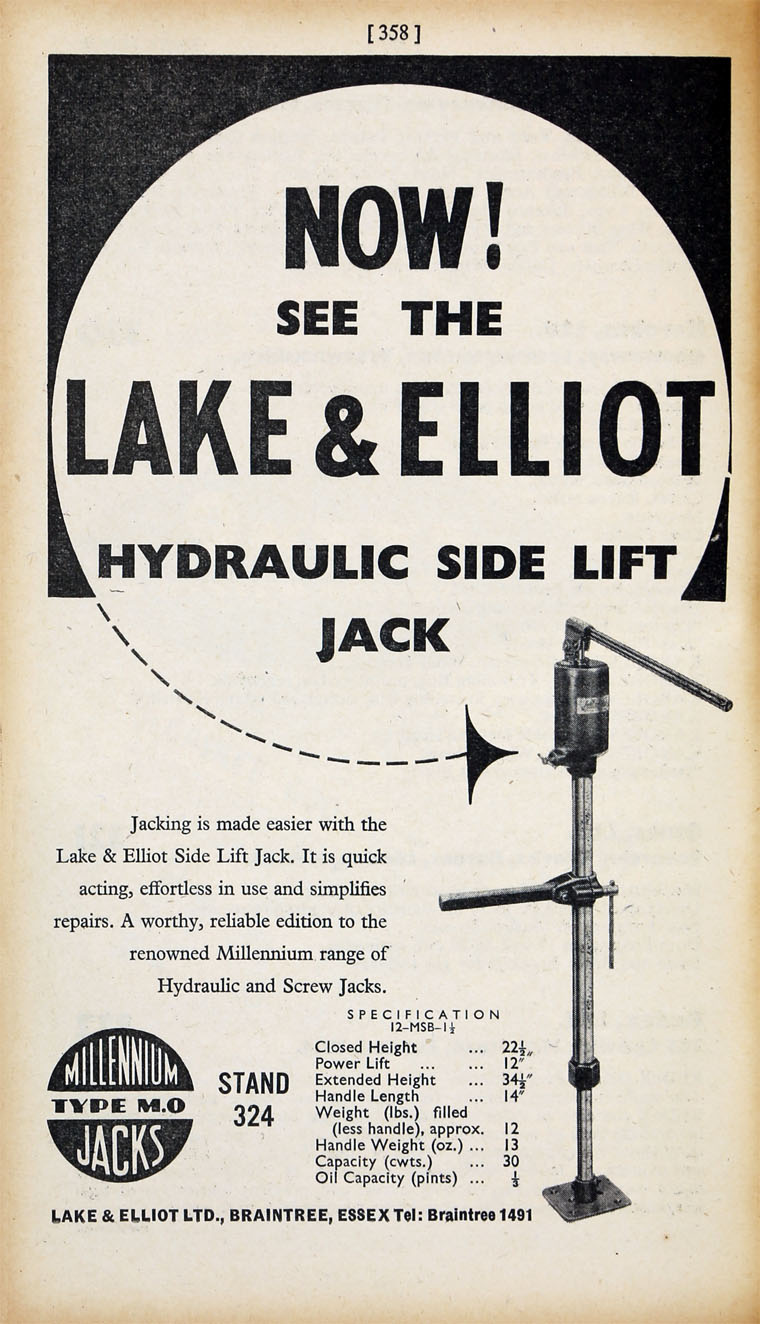 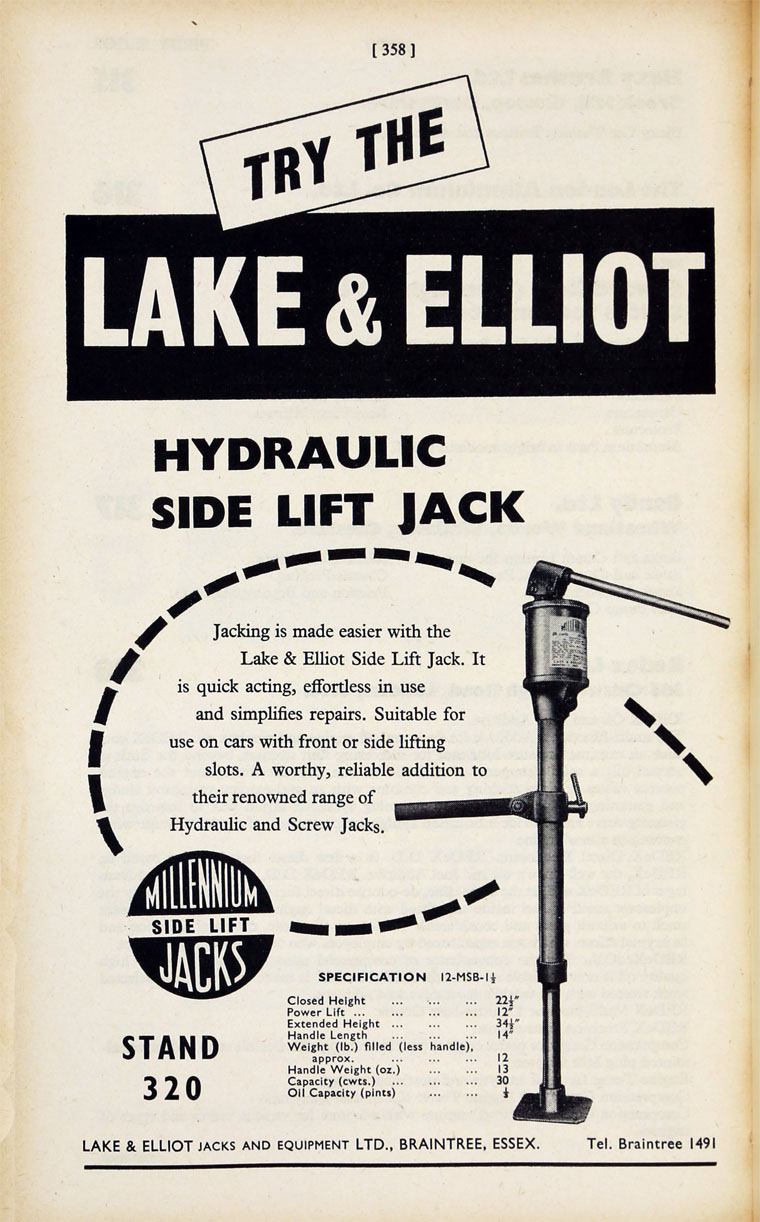 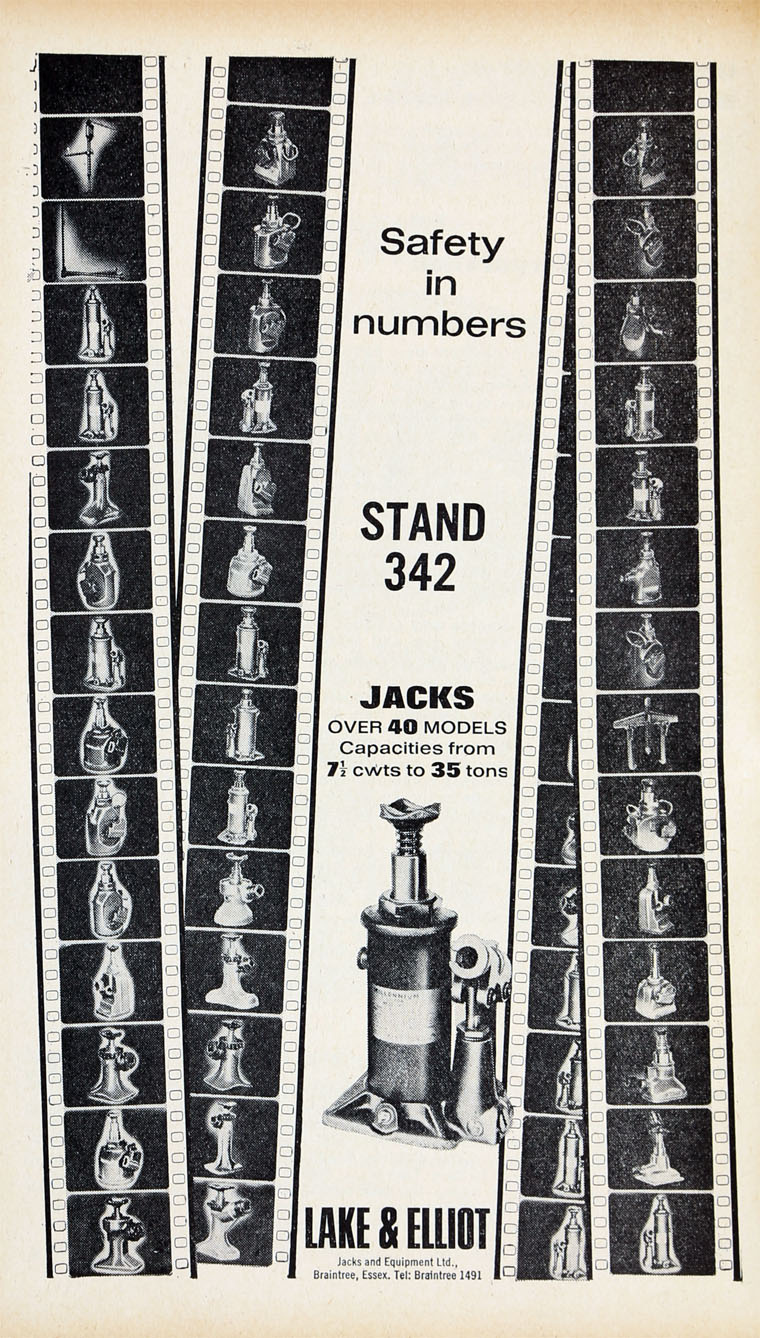 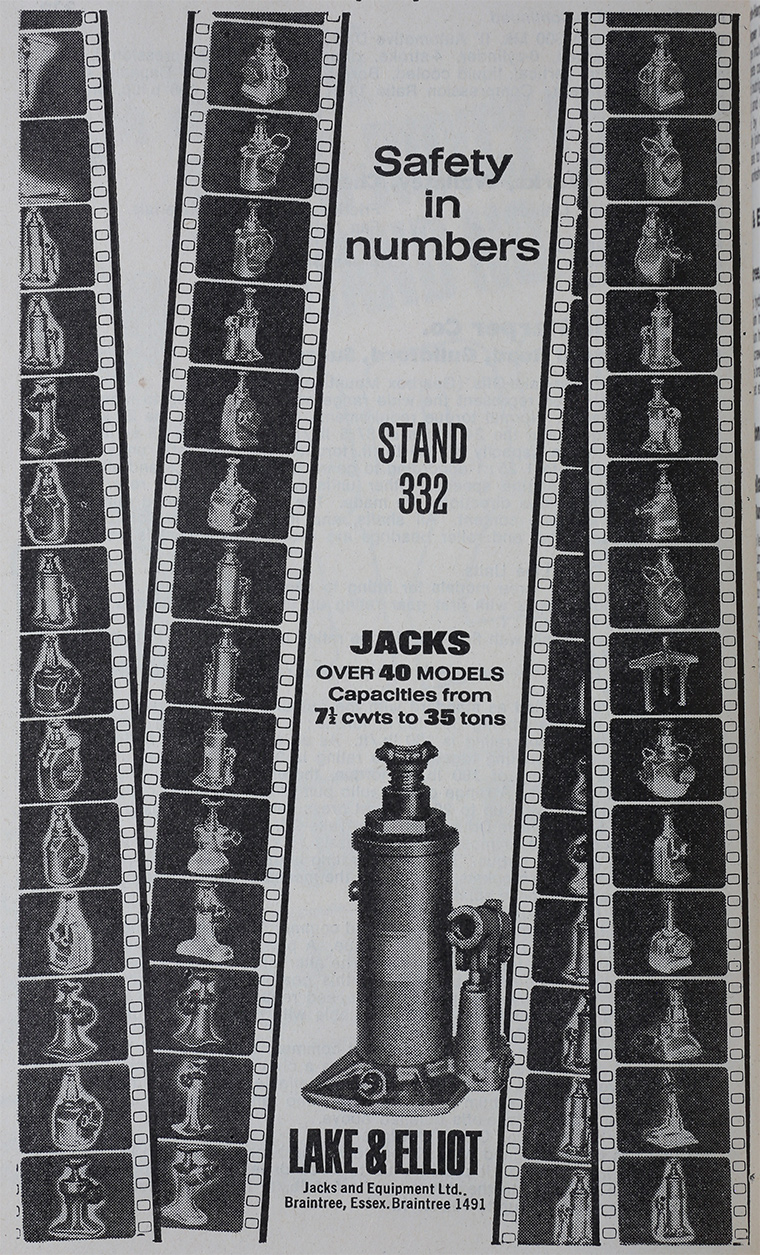 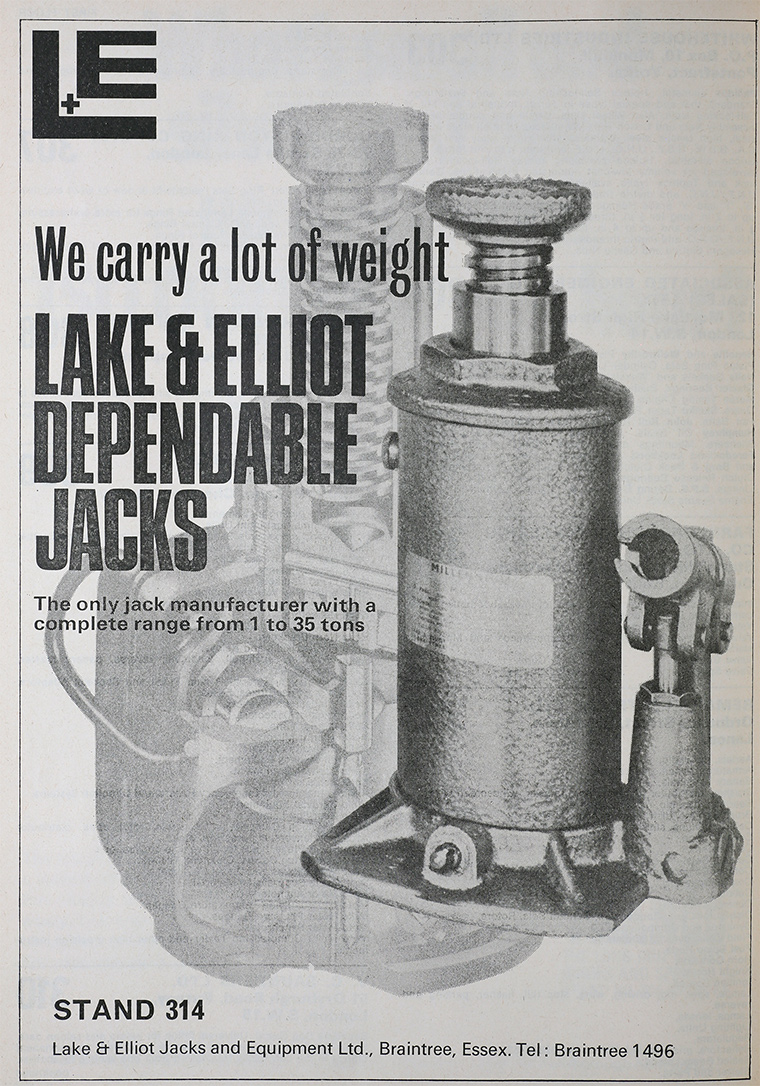 1904-05 Produced motorcycles. The company was well known for its general engineering products for car and motorcycle repair work, sold under the Millennium label.

1911 'On Saturday evening the directors Messrs. Lake and Elliot, Braintree, gave a supper in their recently erected electric steel foundry at Chapel-hill, to company of 300 (which included 200 workmen employed by the firm at the foundry and at Albion Works) in order to celebrate the completion of the building, and the inauguration appliances and furnace which some respects are unique this country. The erection of an electric furnace is quite a novelty, and when the foundry is in working order (which will be in about four weeks' time) a considerable augmentation will be required to the 200 workmen employed by Messrs. Lake and Elliot, and a decided impetus will be given to the industrial prosperity of Braintree....Mr. W. B. Lake presided, and Mr. E. F. Elliot was the vice-chair....responding to the toast, said the firm was started seventeen years ago in premises at New-street, Braintree, making thatching machines and spoke drills, and dealing in bicycles and tricycles. During the war between Japan and China the thatch machine trade was good, but it did not last long, and spoke drill business grew steadily. The firm then made tools for the cycle trade; the business grew in making several specialities, and three years later the Albion Works had to be erected in Rayne-road, At that time Mr. Elliot came into the business as partner, and they combined in making tools for the cycle trade. When the motor business came they made speciality of motor jacks, and firm in the country had made more motor jacks than they had at the Albion Works. He would go further, and say there was no firm in the world making such good jacks they were, or jacks which for were stronger. The firm came to the conclusion that mistake was made in building the works in the town, and the land upon which the foundry was built was acquired provide room for extensions, the men were packed tightly as sardines at the Albion Works provide castings the foundry was built, and Mr. Wilkinson, had been in charge from the commencement. After the foundry had been running for year the attention of the firm was drawn to a particular kind of steel easting made on the Continent, and largely used in motor construction. He (Mr. Lake) made a tour of Northern Europe to inspect the foundries where this process was carried on. The castings possessed very considerable advantages over malleable iron, which was then being used exclusively by the English motor trade. made another tour, this time see the chiefs of the English motor trade, to ask if they would become purchasers if such castings were made. They had a number of satisfactory replies, and the firm took a licence for the castings, which were being made under a secret process, and, after considerable trouble, business was established in the castings. The best travellers for the castings were the castings themselves, for they were undoubtedly the strongest and toughest ever produced. The customers grew, and at the present time the castings were being used by the most progressive motor manufacturers in the country, and for the most important parts in their machines. The business grew so strong last spring that orders had to be; refused, and the directors of the firm could see that in the following spring they would not be able to cope with orders, so it was decided to turn the business into a company, raise fresh capital. Messrs. Cunnington, Son, and Orfeur carried out successfully the formation of the new company, and the electric furnace, with other machinery, had been erected. The furnace was carefully selected, and the gas engines which supplied the current burnt common coal. They had sunk well for water, and with model machinery it was believed that electricity could be cheaply produced...[Long and detailed report][3]

1925 Mentioned as Lake and Elliot of Chapel Hill Foundry[4]

1983 Another foundry owned by the company was at Leven in Fife; this was subject to a management buy-out in 1983 and then traded as Glencast Ltd.

1986 The Braintree foundry was offered to Willam Cooks but no sale took place.

1987 The company was sold to Mr Martyn Meade.

c.1988 Merged with assets transferred from the former APV Holdings Paramount Foundry at Crawley which Mr Meade had also acquired. (APV Paramount also owned a tube-spinning foundry in Billingham. Mr Meade had concluded that, although the Billingham foundry could be operated successfully, the Paramount foundry at Braintree would continue to lose money. He, therefore, decided to transfer the production of certain tube fittings from Paramount to Billingham, retain the machine shop at Paramount and to dispose of the rest of the foundry business.)

1989 The Paramount foundry was acquired by William Cook; the site was retained for redevelopment.

1990 Cooks closed the Paramount foundry at Braintree and moved the high alloy, heat resistant coatings and fittings business elsewhere in the group[7]