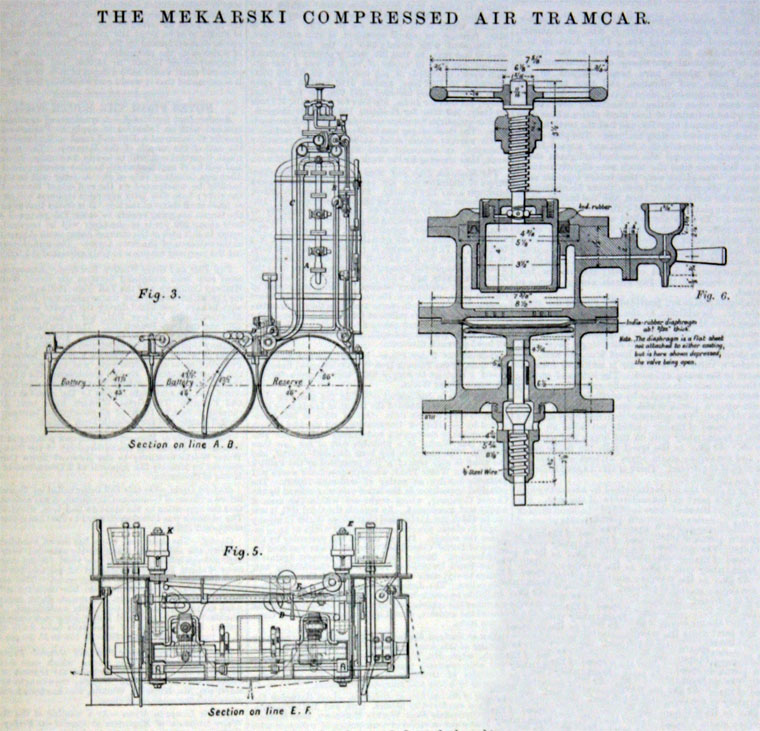 Louis Mekarski invented the Mekarski system which was a compressed-air propulsion system for trams.

He worked in France, was born in 1843 in Clermont-Ferrand (south of France) of Polish origin. He is often refered to by his Polish name, Ludwik Mekarski.[1]

The system was tested in Paris in 1876 and introduced to the tramways of Nantes in 1879. It seems to have been a success at Nantes with a fleet of 94 trams in 1900. The Mekarski tramcars continued in use there until 1917, when they were replaced by electric trams.[2]

The system was used in England on the Wantage tramway but did not find favour there because the compressor plant used more than four times as much coal as a steam locomotive. Between 1881 and 1883 an improved air car was used on the Caledonian Road tramway of the London Street Tramway Company.[3]

In 1888 it was decided to use the system between King's Cross (Metropolitan) Station and Camden Road by the London Street Tramways Co. The journey was just under two miles on a rising and falling gradient all the way. [4]